Status
Not open for further replies.

I wonder if those concerned with price gouging, have noticed that this virus has destroyed demand for gasoline world wide, and the current price is maybe the lowest price ever, when inflation adjusted.

"Lovely little empire ya got here. Shame if something happened to it.....'

Barbs safeway store is slowly returning to more of a normal atmosphere. Meat dept. is normal as is the bakery and produce. Still very little in the paper products and not much in frozen foods, canned goods is improving daily.
What's really eerie is the streets are deserted they look like the shoots of San Francisco in the movie On The Beach.
It's about a four mile drive to Safeway from our house and when we went there yesterday we didn't see a car ether coming or going, nothing. When we went past Walmart the parking lot which is usually full was maybe 10% full.

I've seen a few stores have the plexiglass sneeze guards installed between the cashier and customer. I was at Ace this am and the door was locked,
monitored by an employee as they only let 6 customers in at a time.
I was cool with that and waited my turn. You have to love the Helpful Hardware Folks!

Staff member
I stumbled across this Alicia Keys video, I think it's quite well done.

Chris Allingham said:
I stumbled across this Alicia Keys video, I think it's quite well done.
Click to expand...

That was a pretty way to illustrate our experience but can any of you move just your neck like she did at the 1:50 mark?

BFletcher said:
can any of you move just your neck like she did at the 1:50 mark?
Click to expand...

No, I can't. That's a professional move.

My Kiwanis club, North Modesto Kiwanis was dealt two blows this year, In January due to government intervention and health code requirements that were being forced upon us, after 55 years we had to cancel our chicken BBQ. And now due to Corona virus we have had to cancel "The American and Graffiti Car Show and Festival." The festival is our largest charity event, with the loss of CAGG (Chicken a go go ) 2020 and the car show, Modesto and Stanislaus County have lost the 90-100k of charitable contributions we made each year. The financial drain this virus is putting on our country may be worse than the sickness itself
.

Eric A said:
The financial drain this virus is putting on our country may be worse than the sickness itself .
Click to expand...

That is the 64 million dollar question that everyone is running through their minds ...... and I mean everyone , from Wall Street to Main Street.

And I don't think there is an answer , and to make it worse, we won't really know when we look back after this is over. If it turns out to appear to be an over reaction, then the powers that be will credit the drastic action they've taken as lessening the impact. If it continues to worsen, we will hear that it would have been much worse if we'd not taken down our economy.

But I do know that far far more people will die from traffic accidents ........ and nobody is ready to go to a 15 mph speed limiit that would eliminate all those deaths.

Tough moral questions to answer, and they're far beyond me.

As of this writing, I also have no clue which is the right direction. But also, I know of no one in my circle of influence to have contracted the virus, but I know far to many who are now out of work.
J

Eric A said:
As of this writing, I also have no clue which is the right direction. But also, I know of no one in my circle of influence to have contracted the virus, but I know far to many who are now out of work.
Click to expand...

2 good friends of mine are officially unemployed as of tonight. One was sort of expected (mid to high end IT consultant,) the other one, we were hoping not. Me..... I'm finding it hard to not tell my employer to pound sand, but this is NOT the right time to do that without having an immediate landing spot. Then again, I'm doing work nobody else in the staff is apparently capable of.

in one of the recent briefings they said that 2.x million would die with no mitigation, so 100K-200K is now the low end.

The money sucks for sure - my plans were kicked right in the d. I wonder how everyone's going to get through this. My emotions shift between generally optimistic & hopeful to overwhelmed several times per day.

Lynn Dollar said:
But I do know that far far more people will die from traffic accidents...
Click to expand...

How do you know how many Americans will die from this pandemic?

I hope you're right and they're wrong...but until we have actual data, stop using this comparison.

Chris Allingham said:
How do you know how many Americans will die from this pandemic?

I hope you're right and they're wrong...but until we have actual data, stop using this comparison.
Click to expand...

Why ? Because a 15 mph speed limit would be devastating to our way of life.

So where do you draw the line ? Whose more morally pure ?

Staff member
I'm calling you out on your claim that you KNOW more people will die from traffic accidents than Covid-19. You DO NOT know that. Stop saying that.

pretty sure we're all ready for this to be over.

I was told we lost >1000 yesterday earlier today. We lost 1300 yesterday per this link: https://www.worldometers.info/coronavirus/country/us/

What vitamins is everyone taking? Zinc seems to be popular (between 2 of my friends). I got a couple EZC packs, another immunity booster. I generally don't take meds/pills, but figure I could use a boost.

I've also tried to stay a little active (ride the exercise bike for 20 minutes, the road bicycle just for 30 min, lift weights once a week or as often as I can), hike (steep).

As coronavirus cases grow, hospitals adopt a system to rank patients for treatment

With the peak of Covid-19 infections still ahead and medical supplies still scarce, hospitals and physicians are gearing up for a nearly impossible question: who gets a life-saving ventilator.

The Benefits of Masks for All to Fight COVID-19 | Make:

We discuss the recent history of face mask usage and promotion, and why we all need to be putting them on. 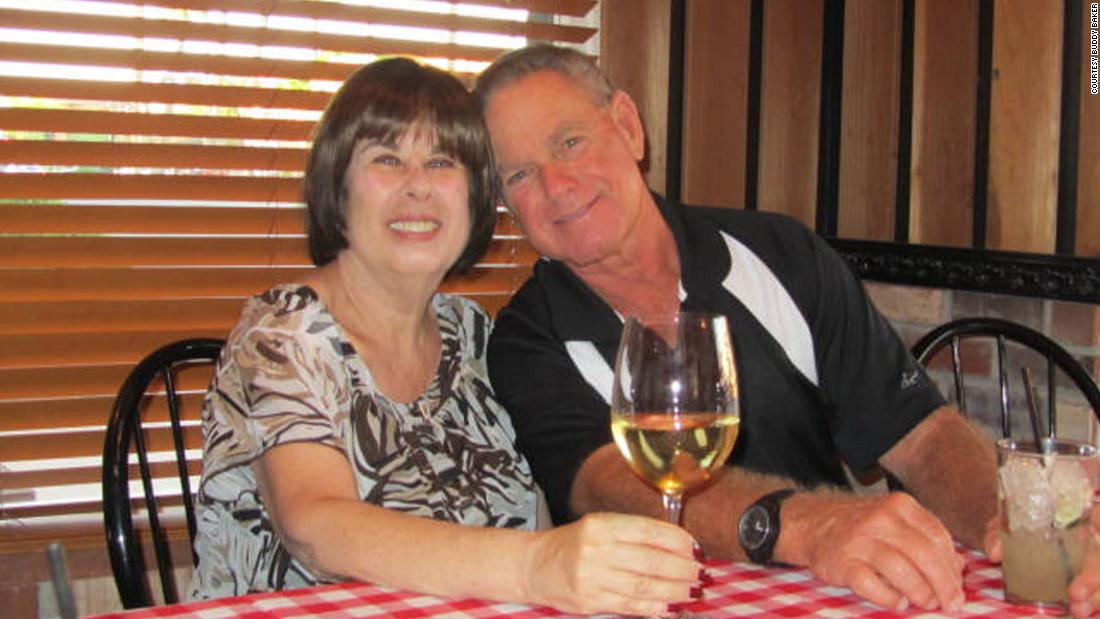 Married for 51 years, they died of Covid-19 six minutes apart

Baker, a longtime NFL agent, has been speaking publicly about the loss of his parents, using his family's tragedy to reiterate the seriousness of the global coronavirus pandemic.

Chris Allingham said:
I'm calling you out on your claim that you KNOW more people will die from traffic accidents than Covid-19. You DO NOT know that. Stop saying that.
Click to expand...

The plus side: working from home saves me over an hour of commuting each day, and with my kids' sports seasons cancelled (and my coaching commitment), I have a lot more free time than I'm used to having this time of year. I'm trying to stay active with runs 2-4 times a week. And 'tis the season, so I'm mowing the lawn 1-2 times a week (it grows fast this time of year). Mowing is about a two mile walk for me.

I'm in the same boat as @JKalchik 's friend and am going to be done with work as of next Friday. Knew it was coming, but the timing is absolutely awful. My next opportunities are on hold, as everyone has stopped hiring unless absolutely critical. Still much to be thankful for and hoping this is a memory sooner than later.

No, I'm not taking the bait. I'm not arguing with you on the moral question. I agree with what was said above, I don't know the wisdom of shutting down the economy and hurting people that way vs. letting the virus run its course and potentially killing 2+ million Americans vs. some approach in between.

But I won't have you spreading the false narrative on this forum that YOU KNOW we have more traffic deaths than Covid-19 deaths. You don't know that, no one knows that.

I'm asking you...telling you...to not repeat that falsehood again on this forum.

Status
Not open for further replies.