You know you're getting old when...

Bob Correll said:
if you remember waiting until after 7 PM for a cheaper rate to make long distance telephone call.
Click to expand...

If you remember party lines.
J

Oh, man, YEAH. I grew up with a party line, and my parents had the party line until the early 2000's. The conversion to a private line..... that's a tale for another time and a tasty beverage.

When you had a hip replacement in August, and are now scheduled for double hernia repair. Knees on the docket for the summer. 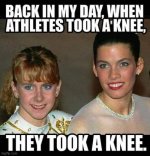 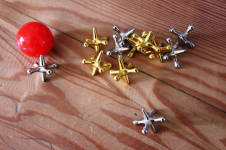 Ah yes, spent many hours playing with those things, and have stepped on my fair share. lol 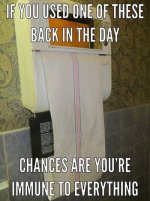 I can’t stop laughing. At least no one can say ‘Too soon’. 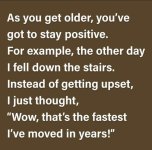 You watch the Buffalo Bills on TV and you think #88 is still Pete Metzelaars. 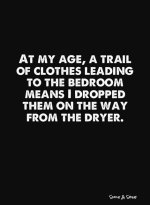 when your favorite part of the day is waking up early so you can sit in silence and just enjoy a cup of coffee while the sun rises.
C 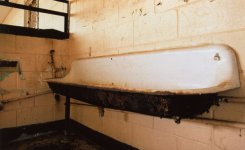 C Lewis said:
You remember these.

Ah, yes. I was doing ten years in Leavenworth - or was it eleven years in Twelveworth - for stealing five and ten in Woolworth.

Darren Lebner said:
Ah, yes. I was doing ten years in Leavenworth - or was it eleven years in Twelveworth - for stealing five and ten in Woolworth.
Click to expand...

C Lewis said:
You remember these.

Been there, uh, done that!

Anyone here remember listening/watching this show?
Click to expand...

Joan, as the thread subject states, this thread is about us who are getting old, not those here who already made it.
J

Since when did anyone here ever pay attention to what a post/thread says? lol
C

You hear a loud muffler and you refer to them as glass packs.

C Lewis said:
You hear a loud muffler and you refer to them as glass packs.
Click to expand...