because I was running so late Tuesday with the cook that dinner would have been at 10 pm.

Seasoned a 4# beef chuck roast with Ksalt and black pepper.
Used the 18.5 WSM. Filled the Hunsaker firebasket clone with KBB and 3 small splits of mesquite.
TBS and 250* got the cook started on Tuesday at 1:30 in the afternoon. 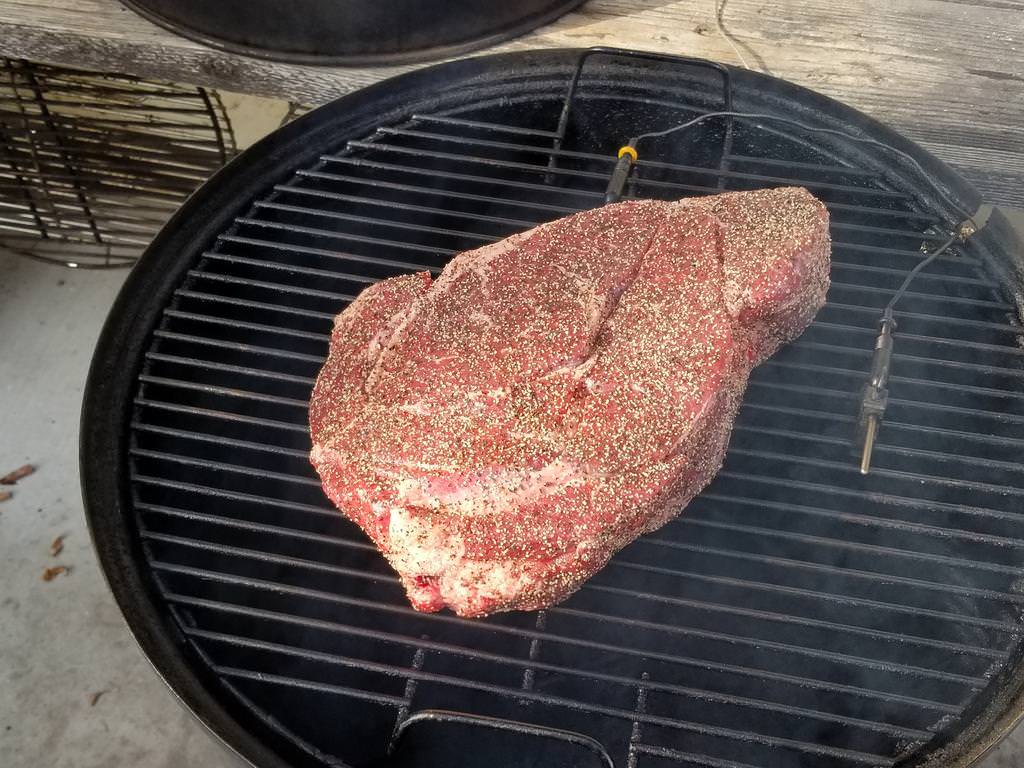 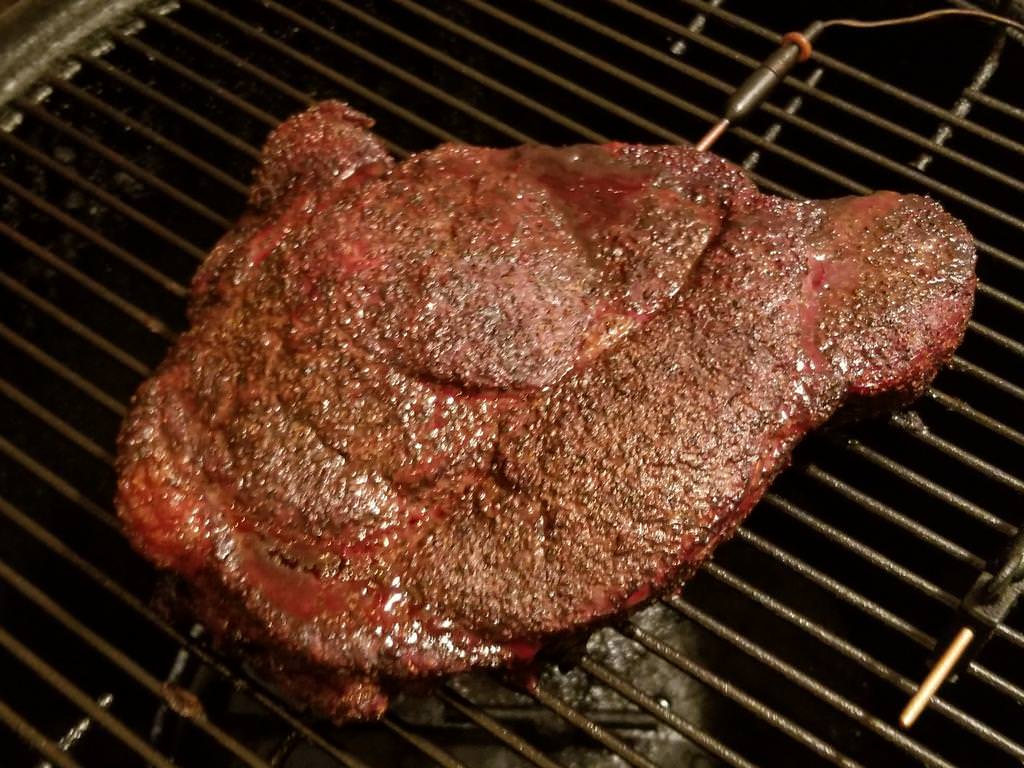 Pulled and into the bath (recipe:https://tvwbb.com/showthread.php?71404-The-quot-Bath-quot-a-mixture-for-stewing-Beef-or-Pork). 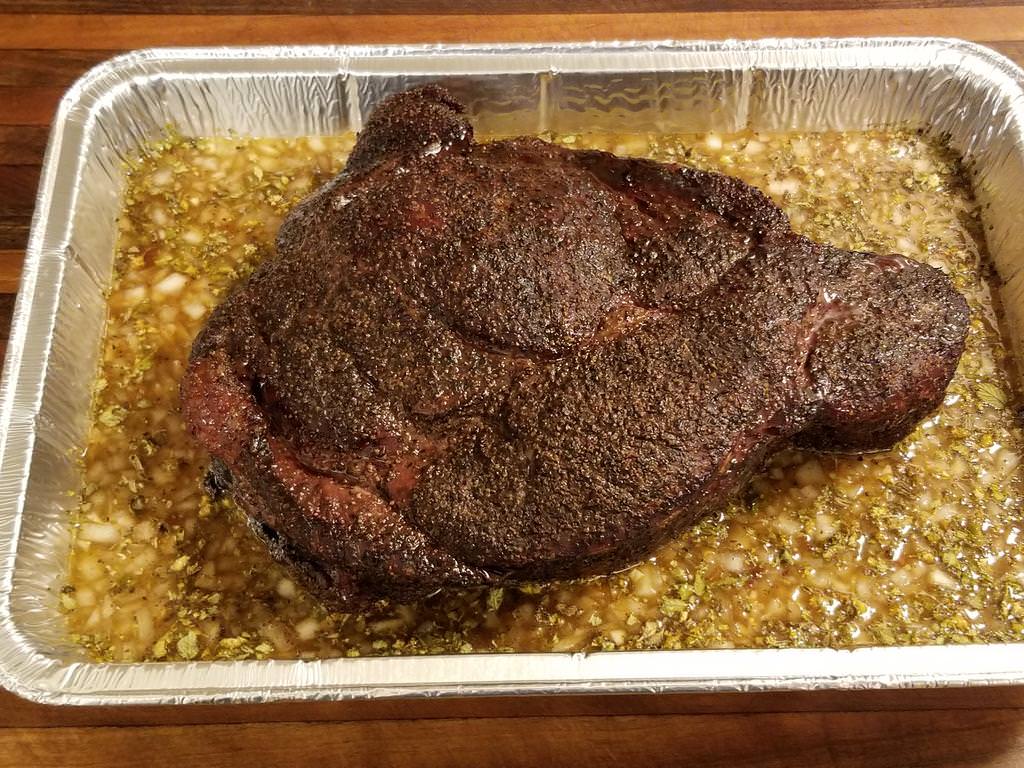 Covered and cooked in the kitchen oven at 350*. 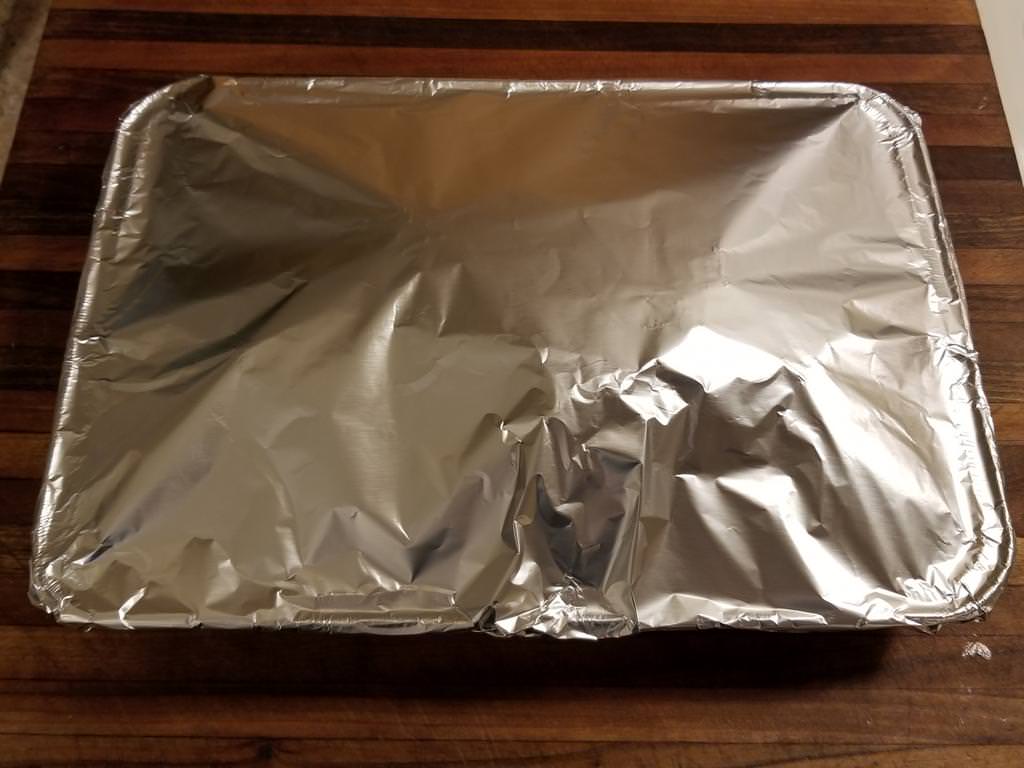 Until it fell apart - about 3 hours later. & then shredded in the pan juices. 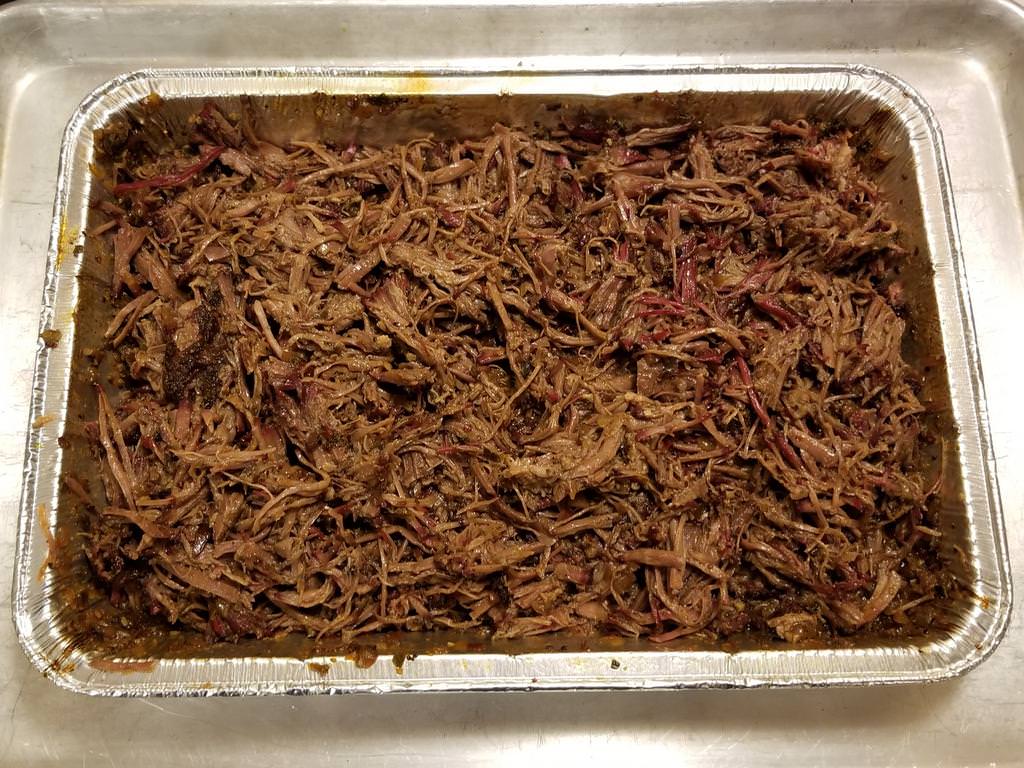 Saved in the fridge for Wednsday night dinner. 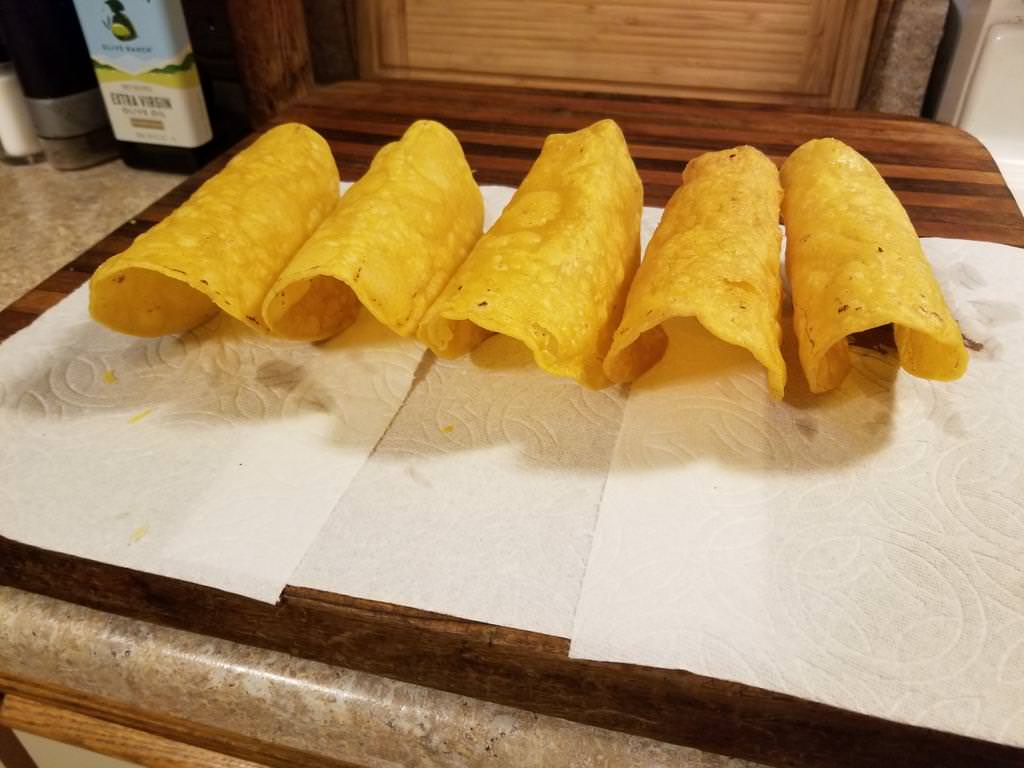 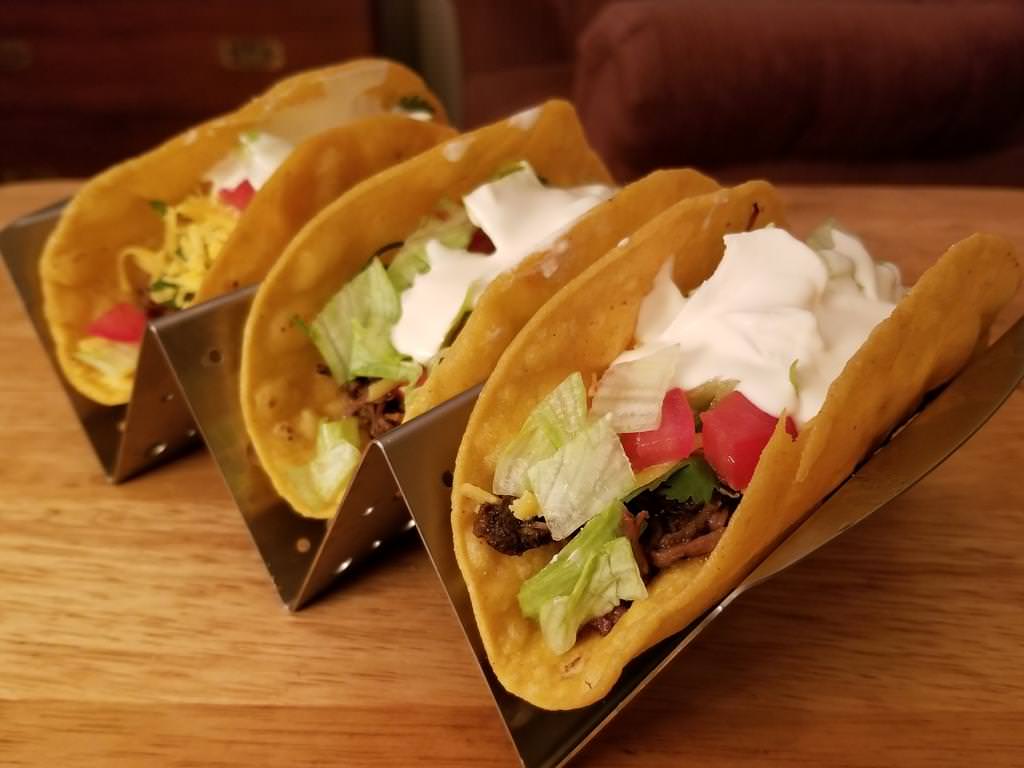 
fwiw - wanted to see if the firebasket worked well for low and slow as it's intended for high heat cooks. It did just fine.

Excellent looking Tacos Robert, made a copy of the "Bath" will be trying that soon.

Yeah, I thought I'd lost a day too when I started reading your post! Great looking tacos Robert. Bet that beef was fantastic. I bookmarked "the bath" and will definitely be giving it a try. Might experiment frying and shaping my own shells too.

I find no fault there with the exception of there being a failure of having my ten tacos on my dinner plate!!!!

You killing, me Robert! Those tacos look fabulous!

Robert, you nailed that one awesome job.
R

Awesome cook!! I tried this recipe from a previous post you did. Amazing! I loved it. My wife likes more vegetables so I added a few chopped carrots and some diced canned tomatoes to the bath.
J

J_E_F_F said:
I copied your chuck roast recipe and used the same bath recipe tonight. I'd say they were the best tacos I've ever made. My wife didn't agree, but they were the best for me bar none. Thanks for posting this.
Click to expand...

Thanks, J_E_F_F. Am glad you like the tacos. The recipe also makes great enchiladas, too.

Cliff Bartlett said:
I bookmarked "the bath" and will definitely be giving it a try.
Click to expand...

As did/will I. Fantastic Tacos Robert