Yesterday, I seasoned a nice meaty rack of St Louis cut spare ribs with some favourite rubs...
then tossed 'em on the 22"WSM with apple & hickory wood 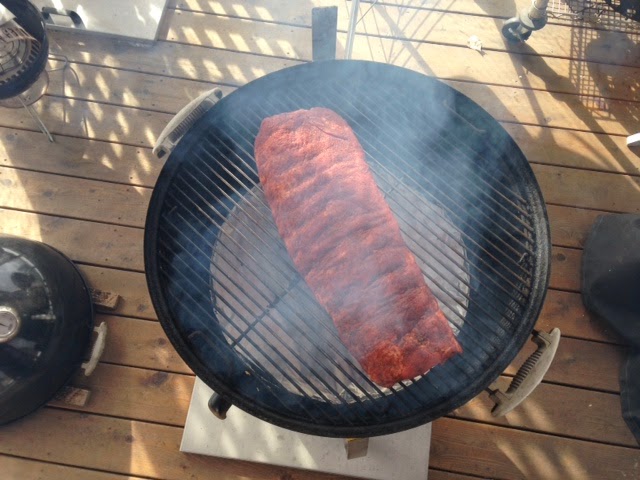 after three hours, I decided to wrap them, but instead of using foil,
I got out some fancy Aaron Franklin BBQ Pink Butcher Paper (a nice gift from a very good friend in the St Louis area) 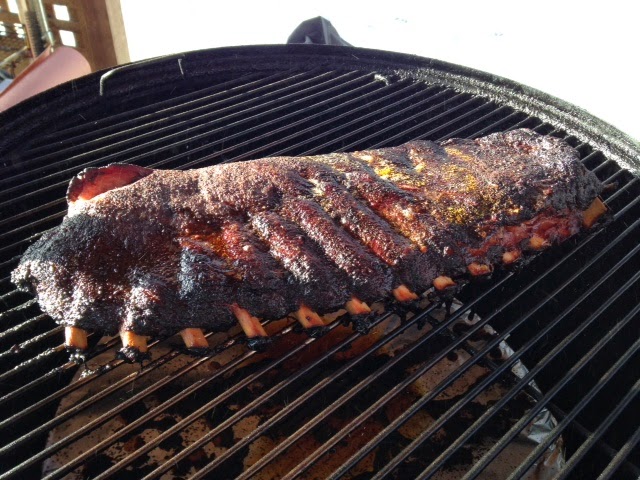 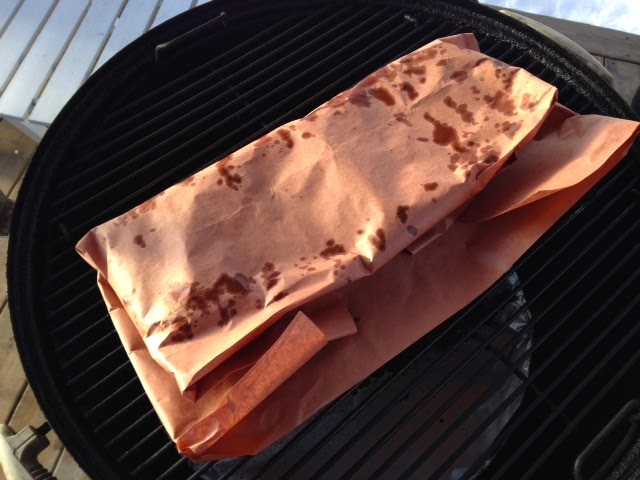 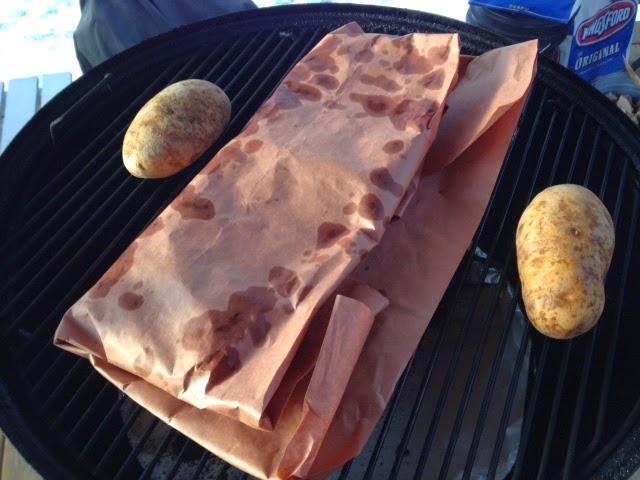 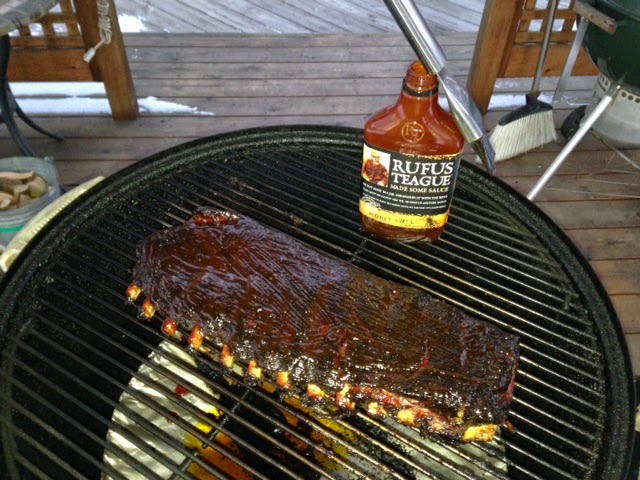 around 25 minutes later, I brought the ribs in the warm house to briefly rest before slicing.
lemme tellya about this butcher paper... it's dang tough! The knife slicing the ribs did NOT slice thru the paper! 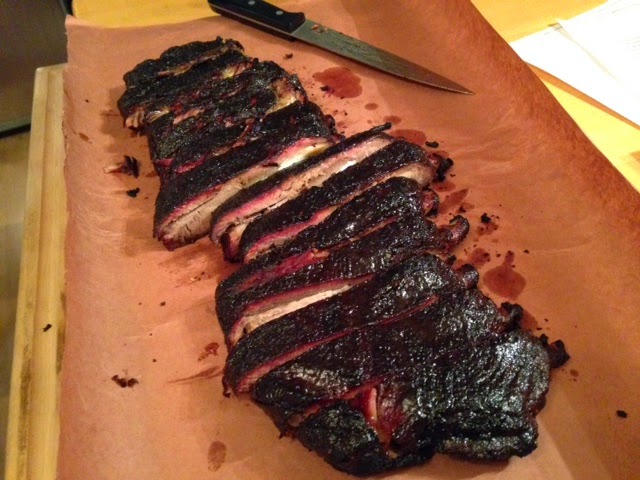 anyway, dinner was served ON the Pink Butcher Paper that Aaron Franklin serves his grub on. 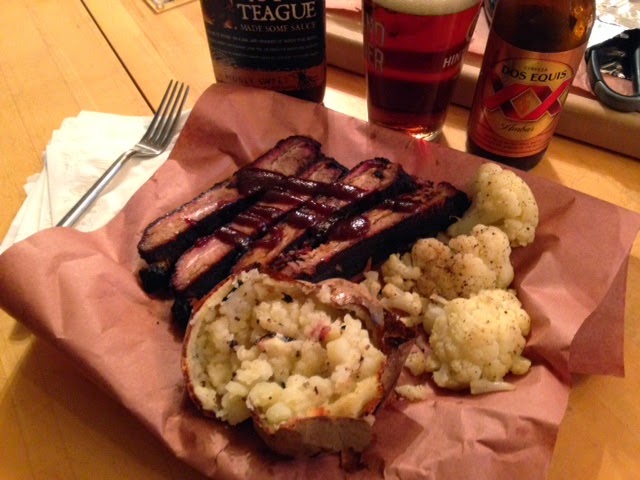 Smoked/baked russet taters, oven roasted cauliflower were the decent sides... Life was Good in Raymond last night.
Thank you all for stoppin' by to check out my addiction

Man those look fantastic. I am personally not a fan of foiled ribs....but those butcher paper ribs might be the way to go!

Thanks Steve!
Naw, I usually do not wrap... but the paper was here, I wanted to use it and since brisket wasn't in the house, the ribs fell victim.
and the difference was the paper did not hold inside the oils/greases/melted fats that the foil does hold.
The paper was quite saturated with it all.

but it was a fun cook and more of a novelty to use the paper than useful... maybe

Good to see a post Jim. Haven't seen much of you lately.

Cool cook. Gotta love trying something...just to try it!
You're dang good at what you do, sir.

I'd throw some serious elbows to get at that!

Fine looking ribs Jim. Some good info on the butcher paper too.

Cool post Jim and nice presentation. Wishing I could take a bite outa that last pic.

Ribs! I remember those! Might try the butcher paper to pull off some of the grease that the foil lets it swim in, thanks for sharing Jim.

Nice cook Jim! Would you do it again?
B

They do look good my friend, I love Rufus's stuff use it all the time

Dwain Pannell said:
Good to see a post Jim. Haven't seen much of you lately.
Click to expand...

thanks Dwain, nice to see you also


ChuckO said:
Nice cook Jim! Would you do it again?
Click to expand...

I'd say "nice plate" Jim, but with that paper you could be in Texas. Well almost.....