Butcher BBQ Stand was opened in 2015 by Levi Bouska, son of David Bouska, a butcher who competes in BBQ. He was on two seasons of BBQ Pitmasters, reaching the finals in Season 5. He has a long resume of high finishes in comps.

Its located in the small town of Wellston, bout 50 minutes east of OKC, right where Route 66 crosses I-44, or what's known here as the Turner Turnpike.

Some of the best barbecue I've ever tasted, and by far the best I've found in any barbecue joint. Mrs Dollar and I got a " 2 meat plate " each, so we could try about everything. We got burnt ends, brisket, pulled pork, and ribs. With slaw, potato salad, beans, and mac and cheese.

Everything was delicious, but the pulled pork stood out to both of us. He put apple in his beans, and they were delicious.

Bouska operates three days a week, Friday through Sunday, from 11 am till sold out. We got there right at 11 am and there was a line of about 20 when he opened. For the 30 minutes we were there, the line stayed about the same length as there was a constant stream of new arrivals. They moved people along pretty fast.

I will be going back soon, I don't get out to eat barbecue very often. I think the best is my own, but this is better than anything I can smoke.

Forgive the quality of the pics, it was windy and I was more concerned with eating the great barbecue, than messing round with my phone to get perfect pics. 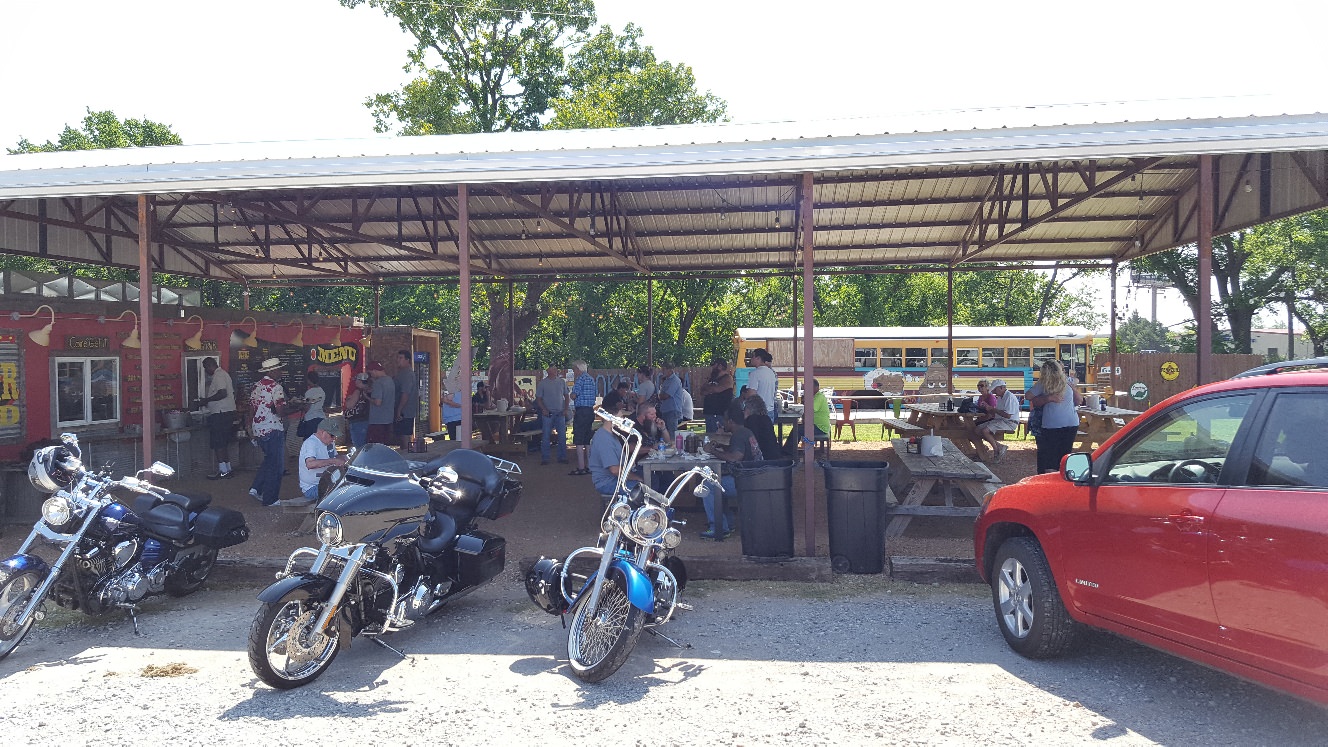 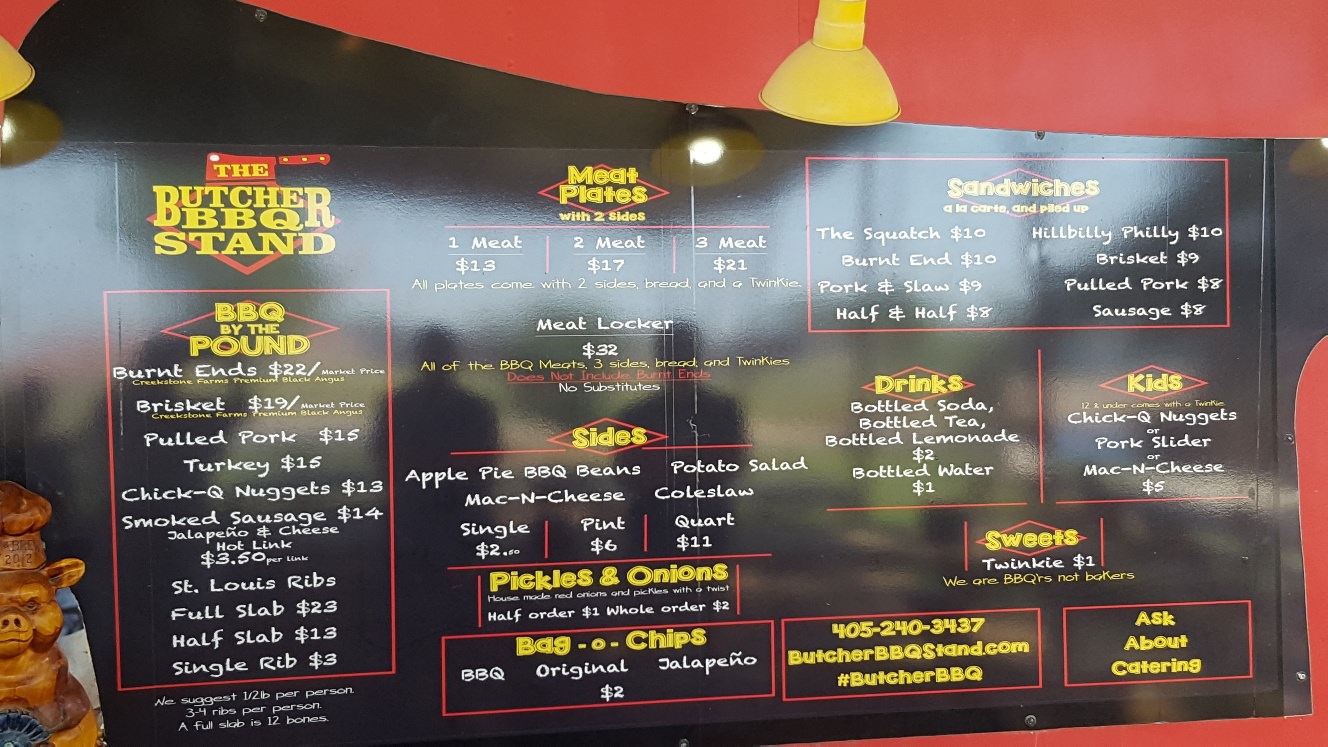 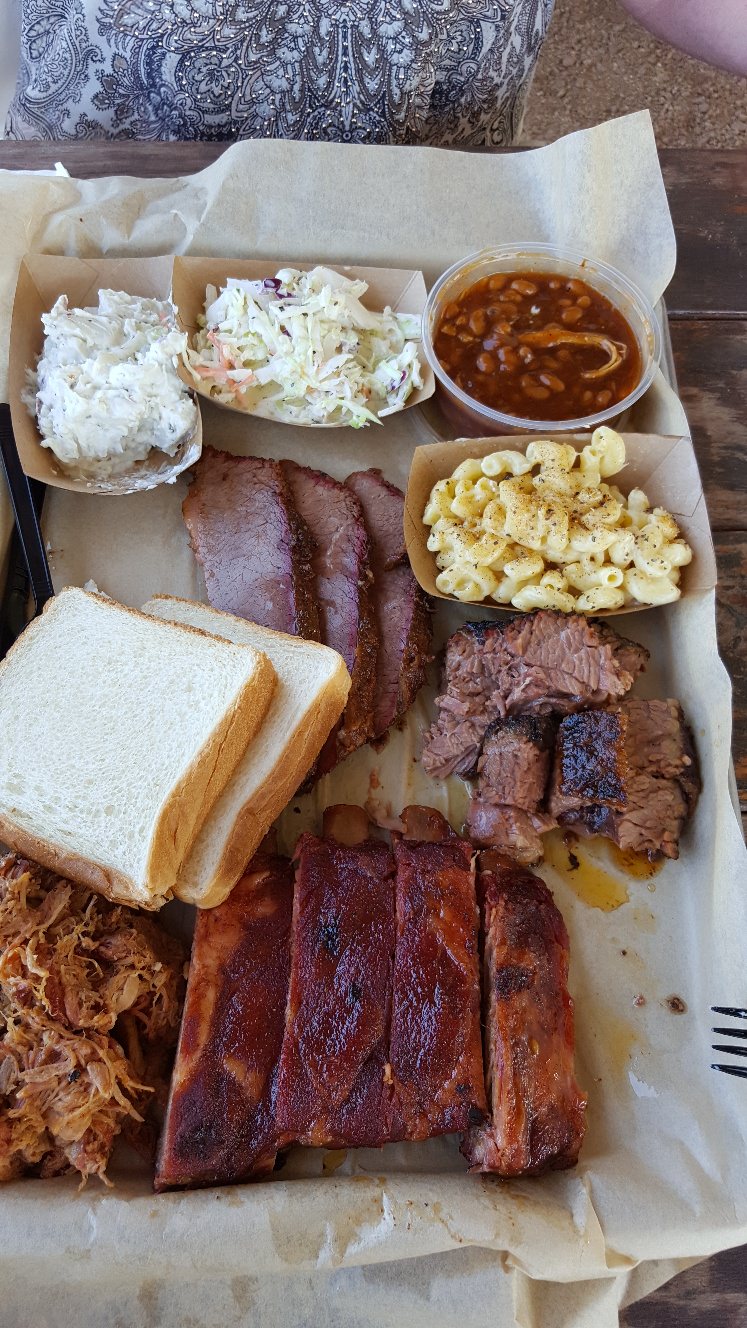 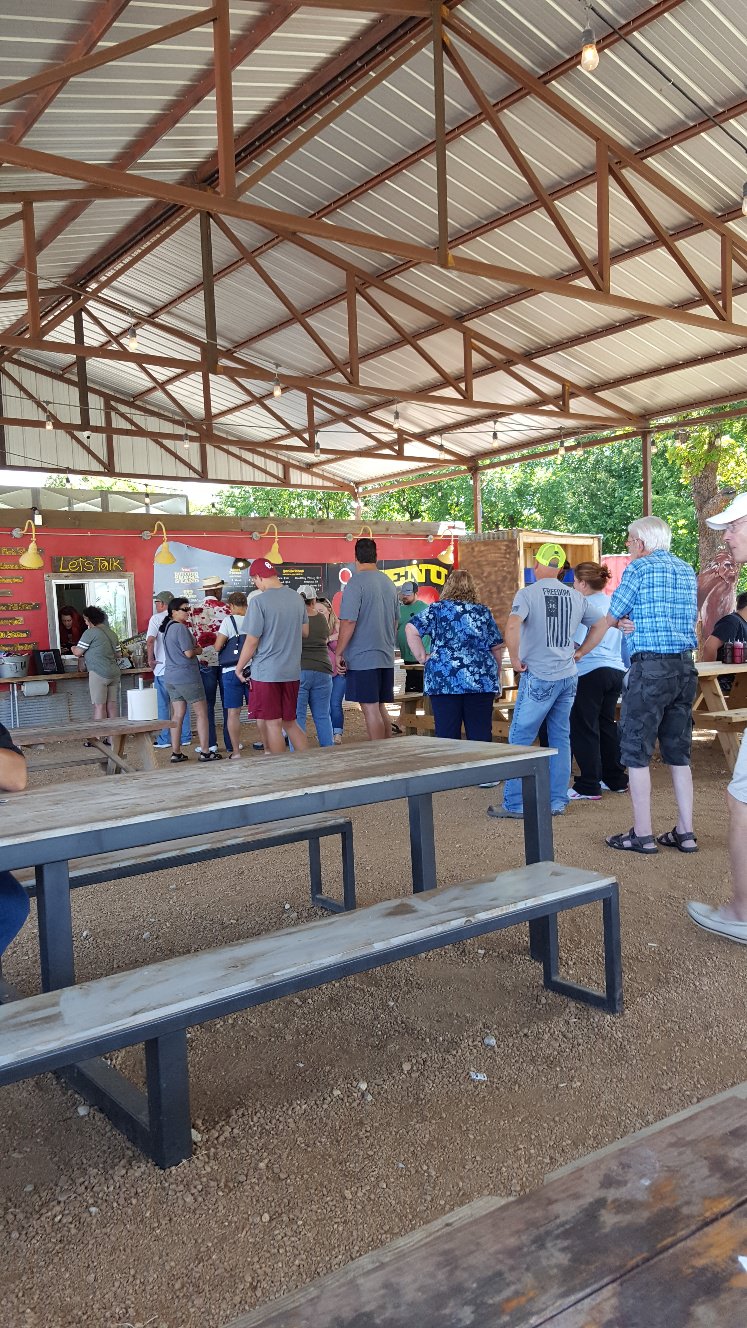 Cool review. That has the same logo as the Butcher's Injections. That must be the same family.

Yes, its the same.

Great review Lynn, and your photos are just fine.
About the apple beans, if you haven't seen this recipe, it's a keeper.
Keri's Hog Apple Baked Beans

Thanks, my wife loved those beans, she'll be very interested in this recipe.

And I took another look, Keri is from Tulsa , I bet what Butcher is serving is that recipe, or a close proximity. Will know for sure, soon.

Other than the beans, the sides did not impress me much. My next trip I'll just focus on the meats, and ohhhh the meats ! , that's some good barbecue !

The beans are one and the same with Keri's , if not, its a very close proximity. My wife made Keri's beans this past week and was very happy with the result.

Placing high in pork does not surprise me, the pulled pork was the best I've ever eaten

The American Royal The World Series of Barbecue in Kansas City is the largest barbecue competition in the world bringing teams together from over ten countries to compete for the title with over 460 teams Team Butcher BBQ got a perfect score in Chicken, 10th place in Pork, and Reserve Grand Champion overall!!! What a weekend and we are so proud to represent the state of Oklahoma!
Click to expand...

After another trip to Wellston and Butcher BBQ Stand ............. the Apple Pie Baked Beans that Butcher serves is not the same as Keri's Hog Apple. We've been doing Keri's recipe and the beans at Butcher are not the same. Butcher has less apple and more spice, wish I could pin it down exactly, but que sera .

Butcher beans are much better.

Nice review Lynn, looks like my kind of place.

The Butcher BBQ team has done it again , if you're ever traveling I-44 through Oklahoma, make sure to exit Wellston and find Butcher BBQ Stand on Route 66. You won't regret it.

I’m beyond excited to announce to our Okies that Butcher BBQ is the 30th annual Jack Daniel’s World Invitational Champion!!! The “Jack” is the most prestigious contest where the best of the best around the country and world come to compete. Well deserved win for the team and family he’s worked his tail off to get there. The JACK trophy is coming back to Oklahoma!
Click to expand...

And their products are Excellent also !!!
A good friend of ours took 3rd place overall at the Jack, behind Butchers and Smokey Ds. !!!

Butcher got the attention of the BBQ editor for Texas Monthly magazine, and his review is not surprising, bout what I would expect

Butcher BBQ stand is expanding, they're closing in their dining area, other improvements .......... per Instagram

Daniel Vaughn may not have liked Butcher BBQ Stand .............. but Butcher is doing something right , getting long lines

Have heard nothing but great great things about the guys in Wellston. There's a bit of a BBQ renaissance going on here in OKC right now. Maples just opened a brick and mortar in the Plaza District and it's outstanding.

Then there is the soon to be opened Clark Crew BBQ

Travis Clark of Yukon is the most decorated pitmaster in the Kansas City BBQ Society since 2013 and won the 2017 American Royal Invitational World Champion.

On a floor that glossy even a Ford product can lay some rubber...

I drove a Fox body Capri when I was in Driver's Ed!