Finally - finally a day we could light a chimney of briquets and walk away without fear we'd burn half the County down - For some perspective, its probably been since June since we could feel comfortable using briquettes - I did do it a few times over the summer, but had to watch things like a hawk..... to celebrate the coming of the rains, I thought I'd spin a couple of chickens and make some enchiladas. Started out with a couple of small guys - around 3.5 pounds and brined them for about 8 hours 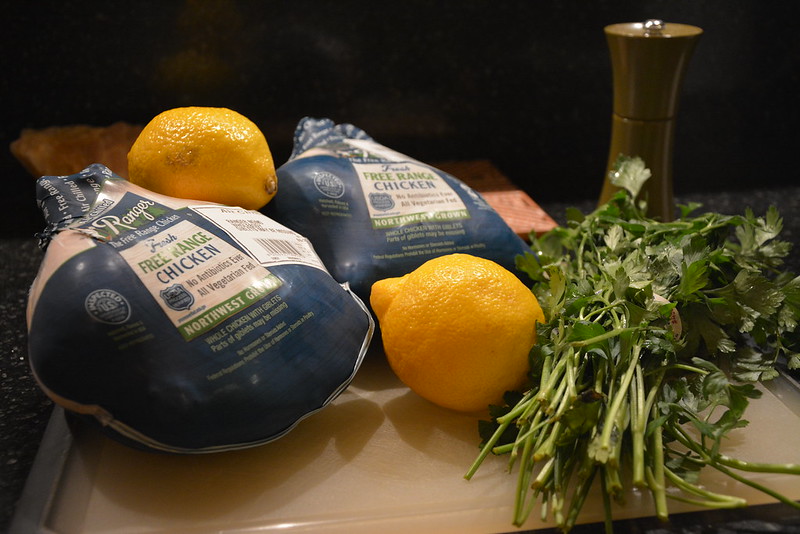 On the gasser, I roasted various peppers and a couple of white onions. Mostly Anaheim, and few jalapeno's we had left on the bush 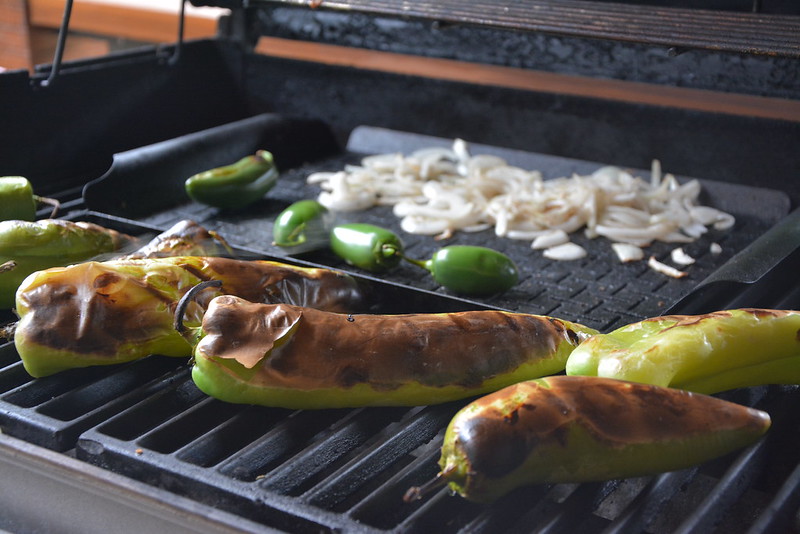 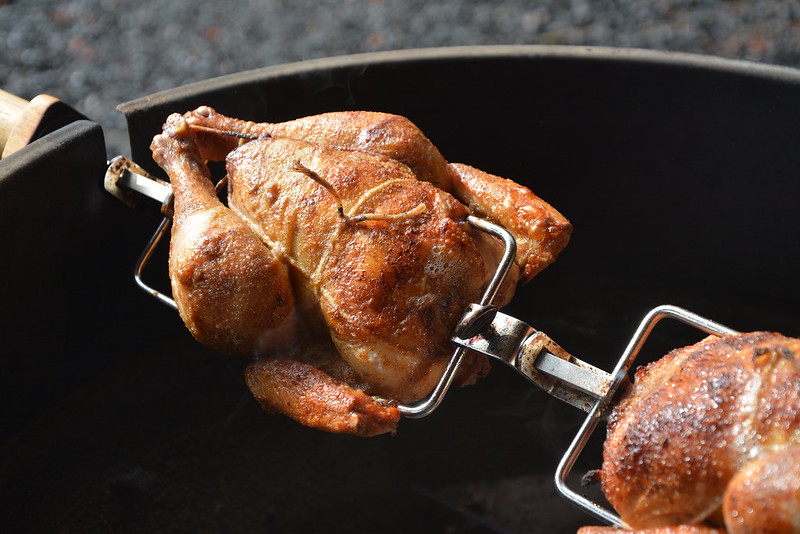 ​
Brought the chickens in, let them cool and then shredded them up, adding the pepper mixture and cheese... lots of cheese....Next came the sauce - A roux then milk, with some Hatch green sauce and sour cream...We'll start our diets, tomorrow.... 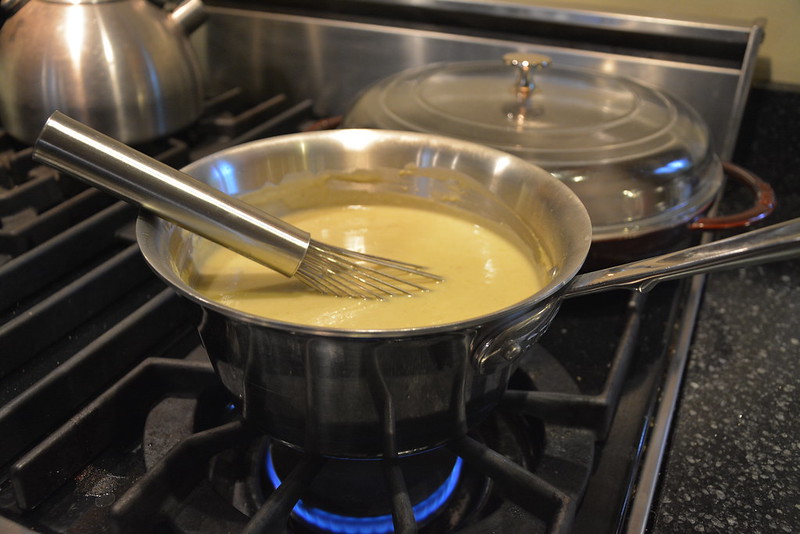 ​
Assembled them, and baked for about 1/2 an hour and served them up: 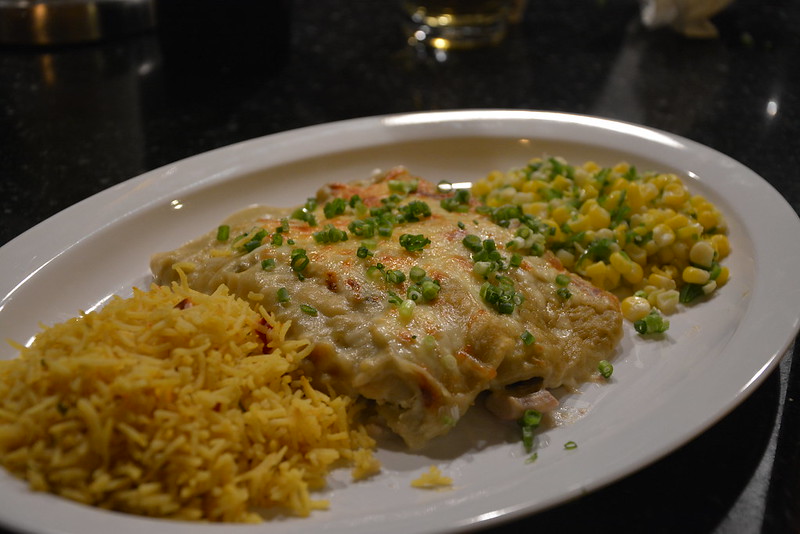 ​
for dessert, Doris made some yummy bars: 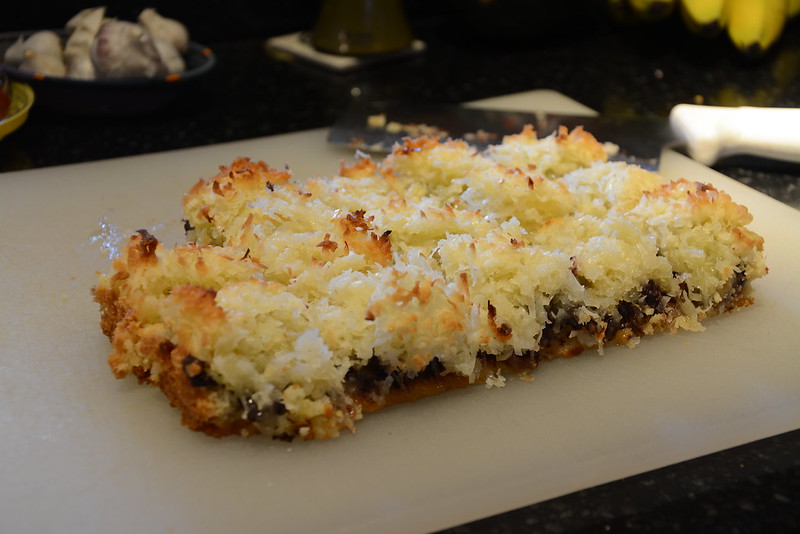 I'd be remiss if I didn't mention that it was also Goldie's 5th birthday! Can the day get any better! She got a new squirrel that's she rather proud of .. 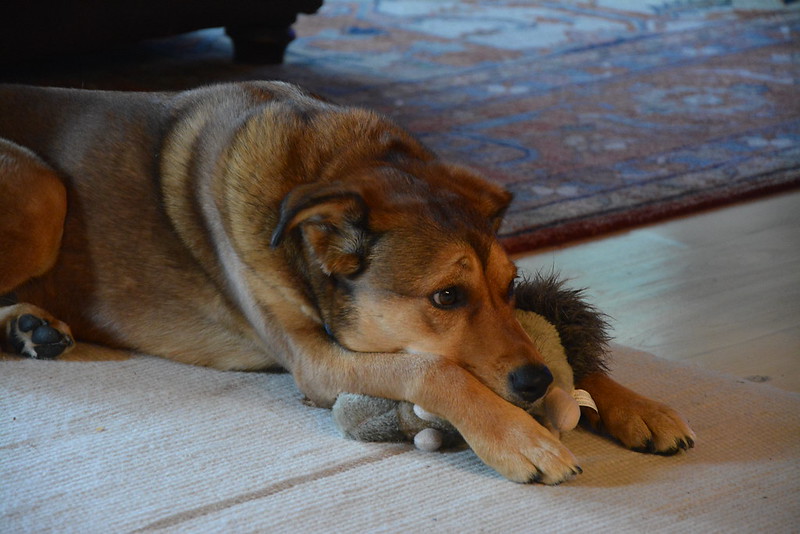 Absolutely gorgeous Peter!! As always. Oregon's had a rough go this year and I'm glad things took a turn for the better up there. I'm still waiting for that comfortable feeling after lighting a chimney down here. Happy Birthday to Goldie! That's a mighty fine looking squirrel she's got there.

That is some great looking food! I hope Goldie got some to celebrate her birthday! Out of everything I cook, my kids favorite by far is when I make Mexican inspired food, chicken fajitas, quesadillas, rice bowls, or enchiladas. Your version with those fresh green chilies is legit! And congrats on being able to use charcoal again, I feel so lucky out here on the east cost and hope all our TVWBB friends can bet back to charcoal grill safely again soon!
T

That is sensational, Peter. Great looking cook and pics!

Love the cook, looks fantastic. Happy Birthday to Goldie she shares a Birthday with our black lab Abby who is 3 years old today.
K

All I can say is WOW!

Now thats how to make enchiladas, gotta give that a try soon..