Started by cutting some deep tunnels in an 8# butt with my boning knife. Marinated that for 48hrs with bottle's of Goya and La Lechonera Mojo Criollo.
Added a sliced orange , lemon, sweet onion and two packets of Sazon Goya ( Coriander & Annato) Made a paste rub with Mexican oregano, gran garlic, onion, red wine vin and evo. 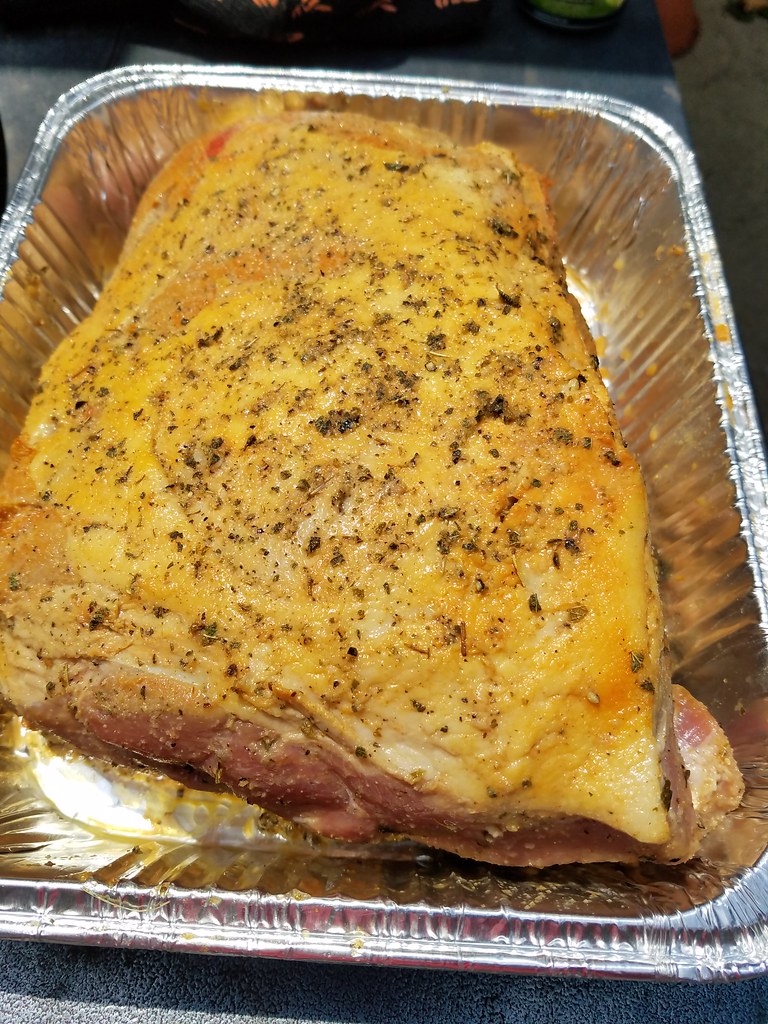 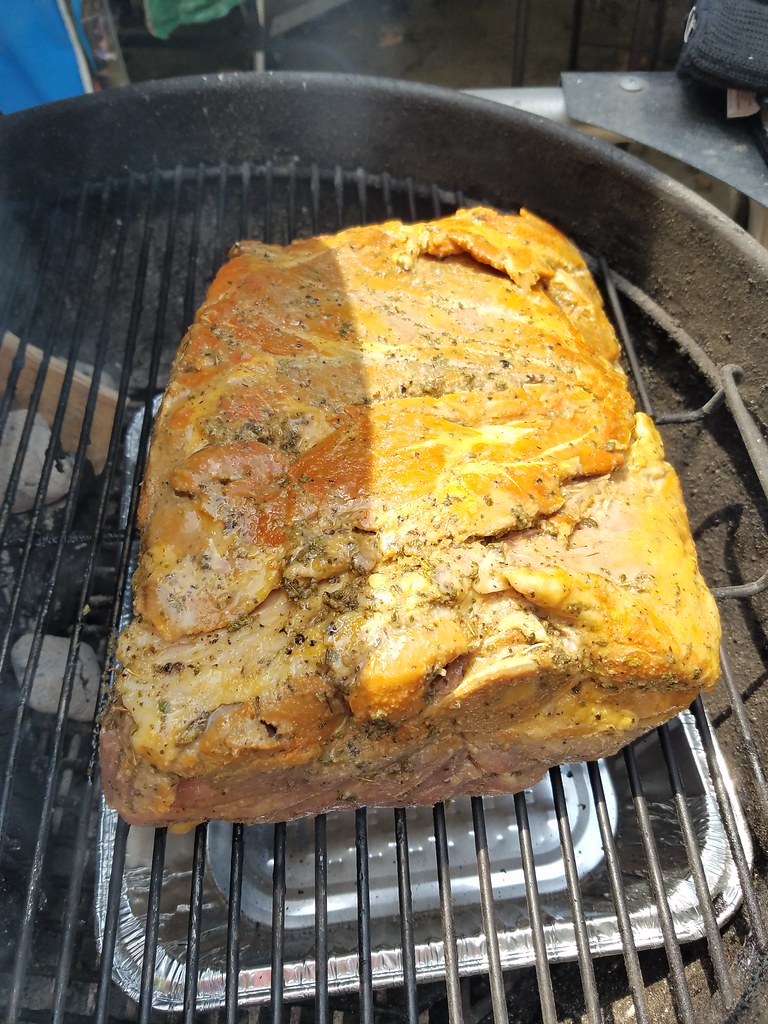 Started it at 1.30 pm with mesquite lump and 1 chunk each of cherry, maple and ash. Left vents wide open and it settled at 325.
A few hours later I took a peak. 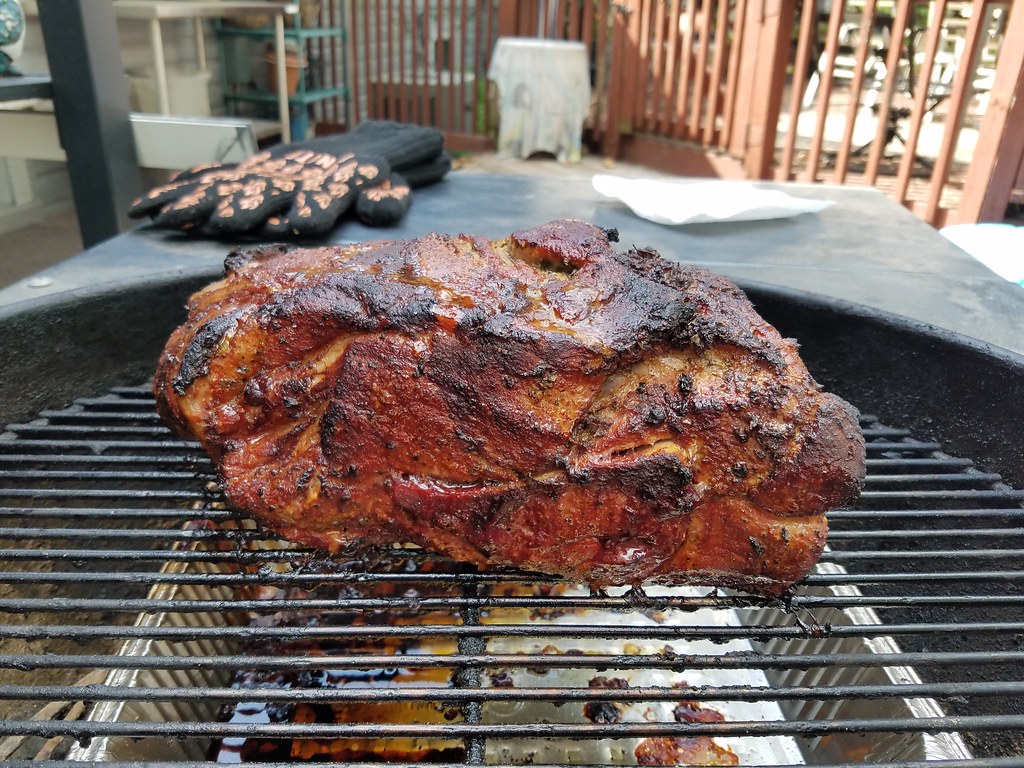 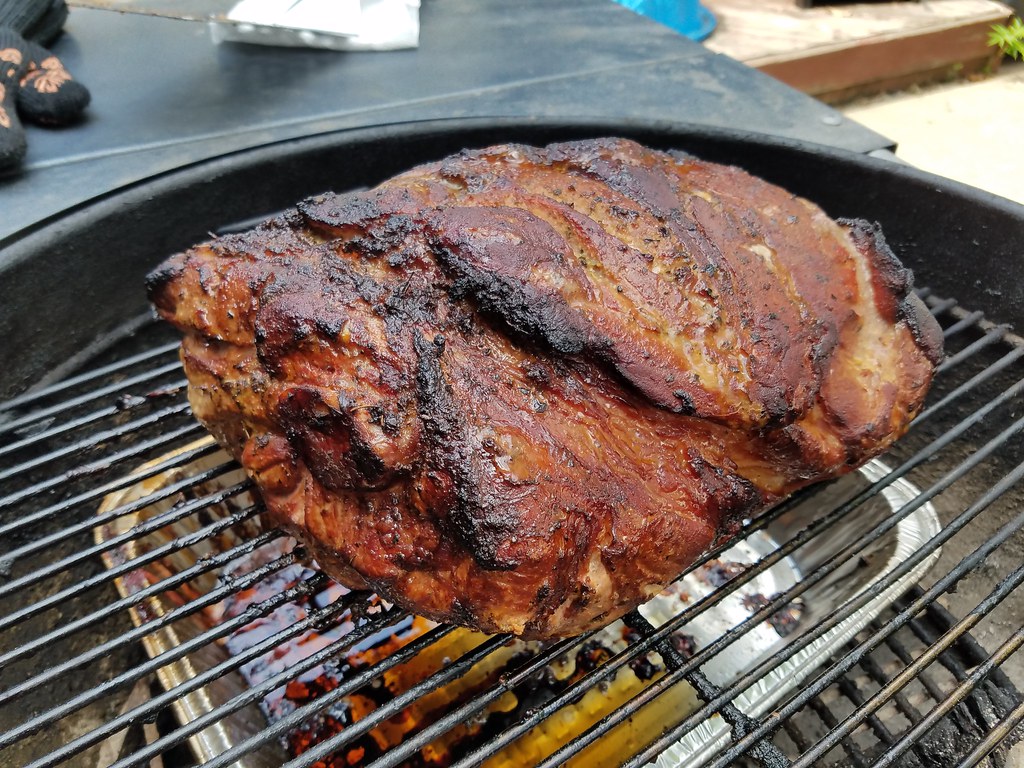 I liked the color so I foiled it and let it go till 180 deg internal.
Let it rest and started slicing. 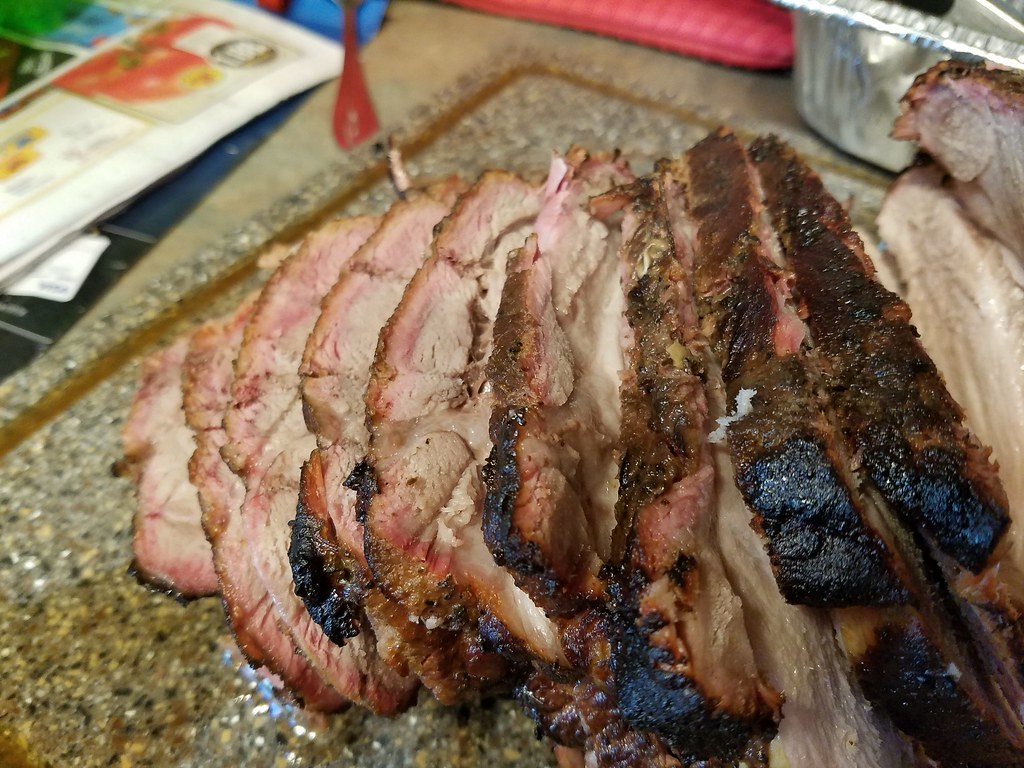 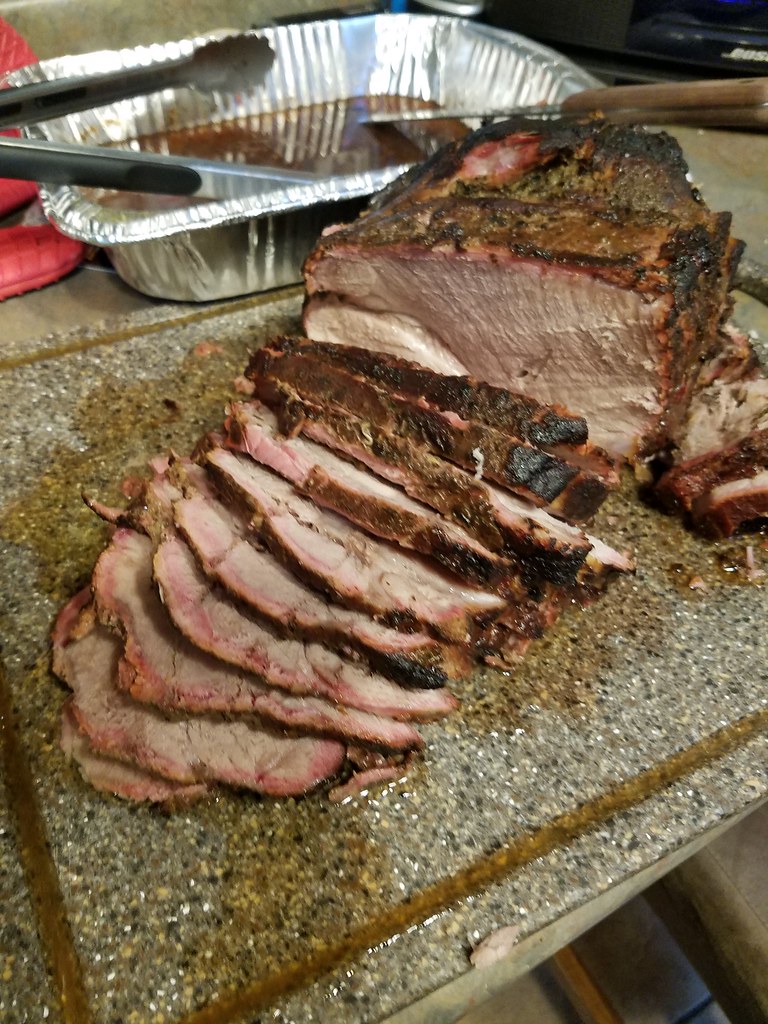 Made some Cubano's with Swiss, pickles, mustard and a cilantro, garlic chive mayo we made. 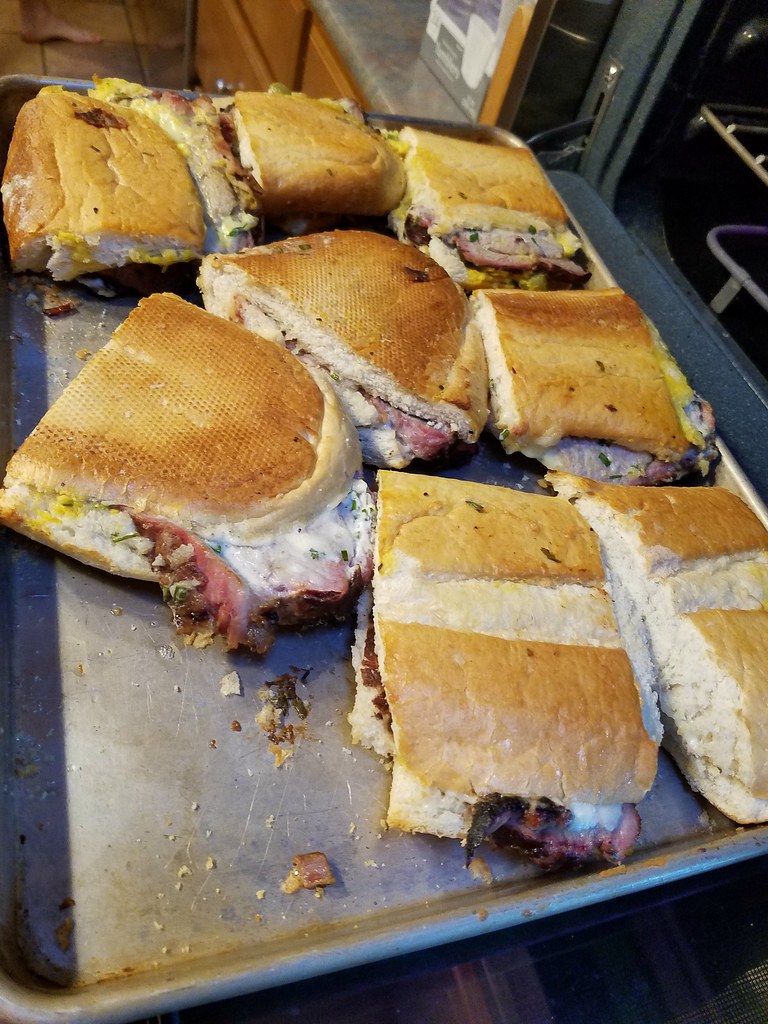 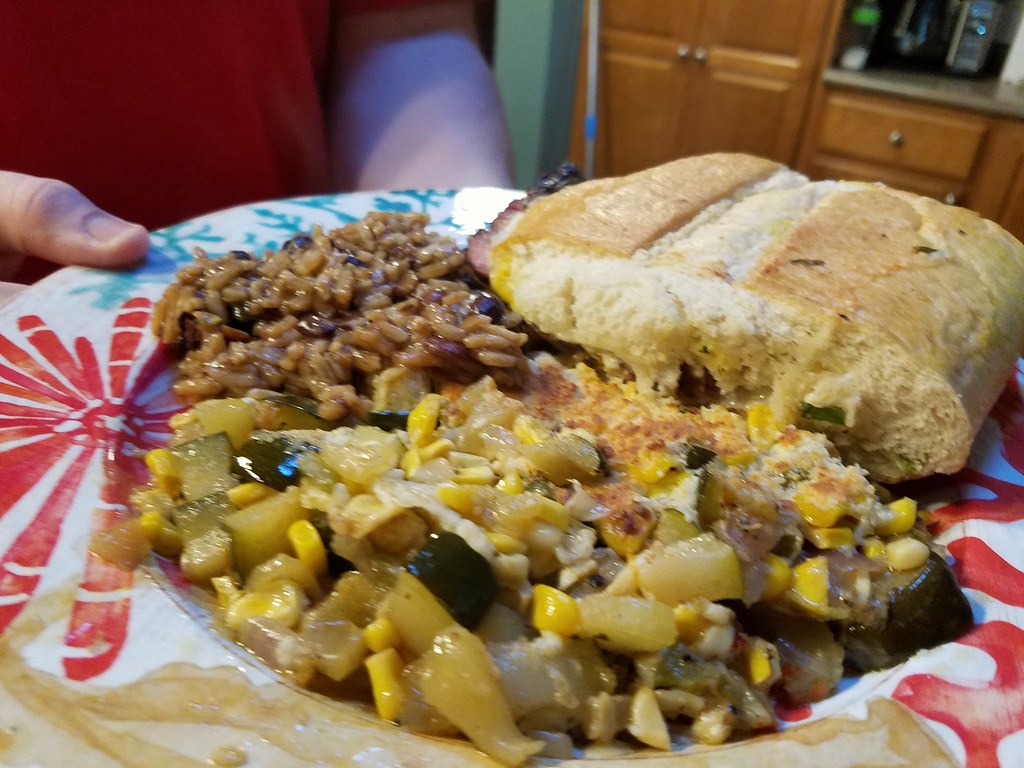 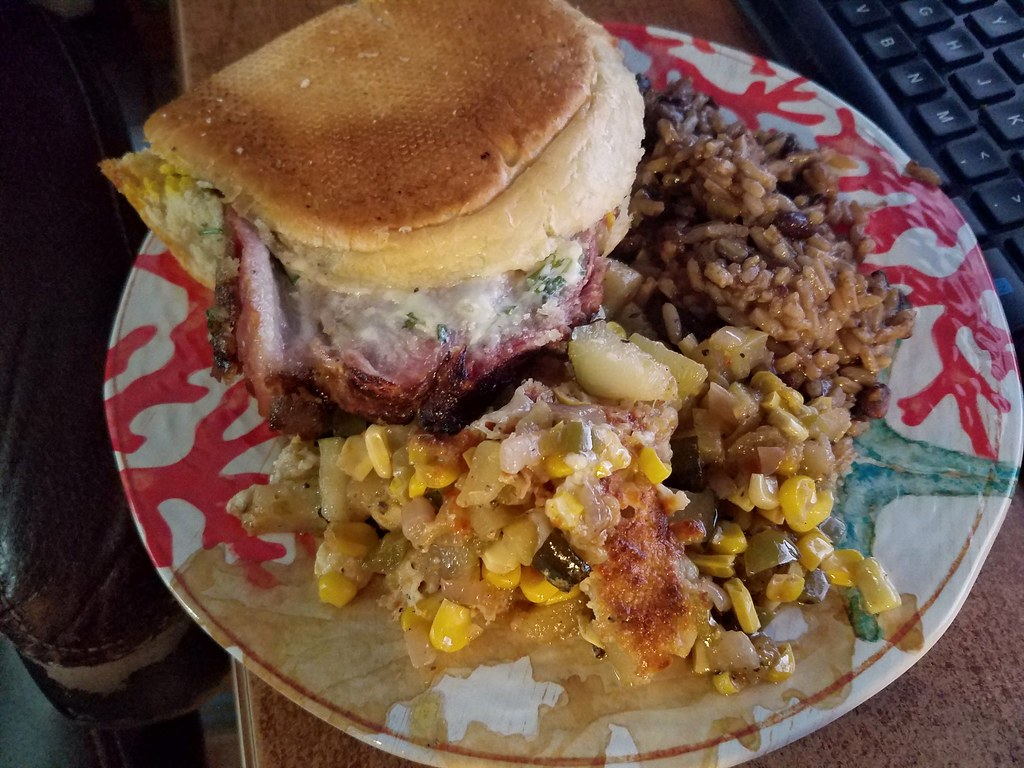 Wow! You dragged that one through the pantry, looks fantastic Tim. I can just image the flavor profiles. Sides look fantastic too, great cook!

OMG Tim, that is excellent. That plated pic tells the story and you can pass a plate of that this way any time.

And the sandwich eaters were very happy that day...

What a great cook. Love the Cubanos - bet they were killer. Keep meaning to do calabacitas - yours are inspirational.

Man, what an interesting post Tim. Looks fabulous. Got me reading up on Pernil. I found a recipe with a marinade similar to yours that also had chipotles in adobo sauce. Might give it a whirl. Won't match up with your masterpiece however. Nice cook.

Hey, I appreciate the vibes. I was out of it for awhile with a bad URI, so just getting back and saying hey!