How about some good music links?

Don't wanna wait til tomorrow,
Why put it off another day?
One more walk through problems,
Built up, and stand in our way ,ah
One step ahead, one step behind me
Now you gotta run to get even
Make future plans, don't dream about yesterday, hey
C'mon turn, turn this thing around

Tickets just $15. Mrs Dollar and I are attending both shows

Never heard of her before... listening to some now on yootoob...
...pretty decent slide on a 4-string box!

She's a Kansas City girl. She's blues/rock guitar. Started playing Knuckleheads 8 or 9 years ago, been on tour ever since. A couple of years ago she moved from KC to New Orleans, expanded her band to include horns. But IDK what we're gonna get tonight, rumors say she's going back to a power trio, which means heavy guitar .

This vid got her a lot of attention.

That episode of "In Session" is well worth watching if you ever get the chance, but I haven't seen PBS air it in many years. Maybe it's online somewhere?

Probably on YT somewhere, but I have the DVD and CD , listening to it right now, on the patio, firing up the stick burner.

I slept in this Saturday only to awake to check the new only to find out we lost another great one.
Jerry Jeff Walker was one of those country/ folk performers associated with many known performers... You most certainly know him for the popular Mr. Bojangles performed by many but made famous by The Nitty Gritty Dirt Band.

Rest in peace you red-neck mother!

If ya don't know Brit blues guitarist Joanne Shaw Taylor, this would be a good way to get to know her

A rare Blue Moon will appear tonight, coinciding with Halloween for the first time in more than 70 years.

It is the second full moon this month — the first was on 1 October — which earns it the name “Blue Moon”.

The name is actually the result of a misinterpretation of the original meaning by an amateur astronomer in 1946.

The term Blue Moon used to refer to the third full moon in a calendar month that featured four full moons, however James Hugh Pruett incorrectly referred to the second moon in a month as a Blue Moon in an article in Sky & Telescope magazine.
The publication admitted to its “Blue Moon blooper” in 1999, but the name continues to be widely used.

It is remarkably rare for two full moons to grace a single calendar month, occurring roughly every two and a half years.
It is rarer still for a full moon to fall on Halloween.
The last time a full moon was visible in all time zones around the world on Halloween, as Saturday’s moon will be, was in 1944.

Although the name does not refer to the actual colour of the moon, on very rare occasions the Earth’s satellite can actually appear blue.

In honour of this auspicious occasion, I present Blue Moon by The Marcels:

Dion wants to get you in the Christmas spirit...

Anyone for an earworm?

A few Sundays ago I was surfing the dial and landed on PBS about 10 minutes into "We Knew What We Had", and Stanley Turrentine was one of the featured artists. Highly recommended viewing!

Going back a few years, but what great music... 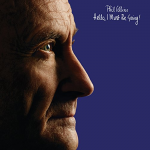 Brad Olson said:
Anyone for an earworm?