This catalog comes from our friends at Weber Kettle Club via Mike Dejong of Pure Smoke BBQ. Thank you!

Awesome! I guess I didn’t know the triangle pans were ever copper colored! Very cool

Wow, this is a great addition to our archive!

At $49.95, Kettles were expensive in that day. This inflation adjuster has it currently priced at $472.83

Never heard of the Californian or the Suburbanite. Nice. Want.

I never heard of a Rosin potato cooker but googling it seems it was pretty popular.

Those are EXPENSIVE. Last figures I heard for one selling was north of 4k.

TonyUK said:
Never heard of the Californian or the Suburbanite. Nice. Want.
Click to expand...

Chris,
That might be some of the most fun memorabilia ever!! Thanks for sharing!

The brochure says you can use your kettle indoors too!

Mike's catalog has a name stamped on it that I recall fondly here in Chicagoland. Soukup's on York Road was an awesome Hardware and Appliances store in Elmhurst IL. Since it's the Holidays, I'll mention that their upstairs toy department was a magical place for kids. 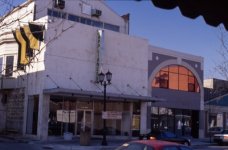 Other locations were opened throughout the suburbs, and were subsequently bought out or closed, with the final Soukup's store in Glen Ellyn closing in 2017.

Thanks Chris and Mike for sharing that old Weber catalog with that nostalgic old ink stamp.
Last edited by a moderator: Nov 11, 2022

I haven't looked through all the old catalogs that you have available here (yet) - I wonder when the lawyers got involved and told them to STOP advertising that you could use these indoors?