Can anyone remember when you could buy chicken, either whole or pieces and not have to preform major surgery on it to make it ready to cook? I don't remember thighs having so much extra skin and fat that has to be trimmed off when I was younger. I think this started about 25 years ago.

Well it's extra weight that adds to the price

I’ve felt like it’s gotten worse and worse with most products. Huge extra piles of fat needing trimming on almost any piece of meat. Lining the pockets of corporate fat cats! Confit the rascals in their own fat!

Mike Martin said:
Can anyone remember when you could buy chicken, either whole or pieces and not have to preform major surgery on it to make it ready to cook? I don't remember thighs having so much extra skin and fat that has to be trimmed off when I was younger. I think this started about 25 years ago.
Click to expand...

i did happen to buy Costco's bone-in, skin on chicken thigh multipacks yesterday, $0.99 # so i bought three packs of them, and then deboned and trimmed them up for freezing. there was a boat load of fat and garbage attached to these thighs. so now i know why they were so inexpensive.

our local Winco sell Sanderson brand chicken thigh packs which are much cleaner and nicer. i'll stick with them next time. they're easy to find at $0.99 up to $1.29 per # and require a lot less cleanup.

suffice it to say, i did harvest some good bones for a bone stock so we can get down to near-zero waste on birds. and sometimes i'll render the fat and give the dog those skin treats and freeze the fat to cook with because it has so much more flavor than soy or canola oil.

I get really disappointed when I go to the grocery store. Before the thigh pack had 6 medium to large thighs, now there are 4 small thighs! Barely enough for my wife and I to eat. I go to the meat market and their thighs are huge compared to the regular store, so I pay a bit more but get a better deal. Just my 2 cents that is worth nothing anymore.

I buy Perdue Oven Roasters when I’m going to be using the rotisserie. They range from 5 - 7 pounds and are usually $1.99/Lb. 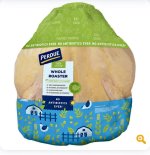 We've got a Safeway and a Walmart in town. Walmart has Foster Farms Fresh & Natural chickens (2 pack) for $ .94/lb. and singles for $1.04/lb. They require next to no trimming. Maybe a small piece of skin at the back cavity. Safeway has the same chickens this week for $1.59/lb., but they usually carry Foster Farms (the old fatty ones) that I need to trim ~1/2 lb. off of for anywhere between $1.39 and $1.99/lb.
Quality birds are available and often you can find them for the same price or less than the fatty ones. Many stores, or chains, opt to sell the lower quality, often at higher prices, in order to make more profit. The same goes for chicken parts.
Last edited: Sep 27, 2021

Where I live in North Georgia we have a choice between Publix, Ingles, Quality Foods and of course Wally World. I normally buy Perdue from Ingles. We are suppose to be getting a Costco next year. I'm looking forward to that. We are retired and groceries are getting more expensive every week it seems.
Last edited: Sep 27, 2021
B

LMichaels said:
Well it's extra weight that adds to the price
Click to expand...

And besides, they’re processing the pieces faster and faster, and trimming takes extra time, so the big processing plants likely don’t want that.
T

I swear that is a south park character 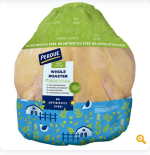 LMichaels said:
Well it's extra weight that adds to the price
Click to expand...

Yeah I guess. I have taken to wrapping that extra skin and fat flap under the thighs (when I buy thighs) so the whole piece has skin on it. It actually does help. But it does wrap more of that extra fat around MY thighs as well

All this well-trimmed Costa Rican Chicken/Meat pictured on the left-hand-side cost me around $10 USA Dollars with no trimming on our part.

For the last 18 years we principally buy our chicken at a Mercado Central Chicken Market who ONLY sells very fresh Chicken Products located in San Jose, Costa Rica and sells large chicken pieces well trimmed as pictured below. For the Wife and I, We generally request four(4) large chicken legs cut-in-half which provides eight(8) chicken pieces on the grill as we generally have left-overs for the next day.

Growing up my mom and grandmother added those trimmings to the stock pot to make soup or chicken and noodles.

Yep it's what I try to do as well
J

What I don't like is when they inject fluid into the chickens. To me, that is not necessary, that is just jacking up the price. Like Brad said, the extra fat adds extra flavor, what does the fluid do?

Joan said:
what does the fluid do
Click to expand...

usually it's a salt water injection, which flavors the meat, if you want salt injected chicken. you could just buy kosher chicken (already salted) or just dry brine it yourself at home. but injected birds are in favor of the retailer and processor and personally, we avoid solution injected birds. they're gross.

The chickens we get today are a result of all kinds of breeding programs and who knows what else like a late night horror flick, to get them to have larger breasts and thighs. Then they fatten them beyond their natural weights. When I was a kid, the breasts on a chicken were half the size they are today. It's really noticeable when you spatch a chicken. I ran my dad's old red Weber a lot in the early 70s. Chickens have changed a lot. 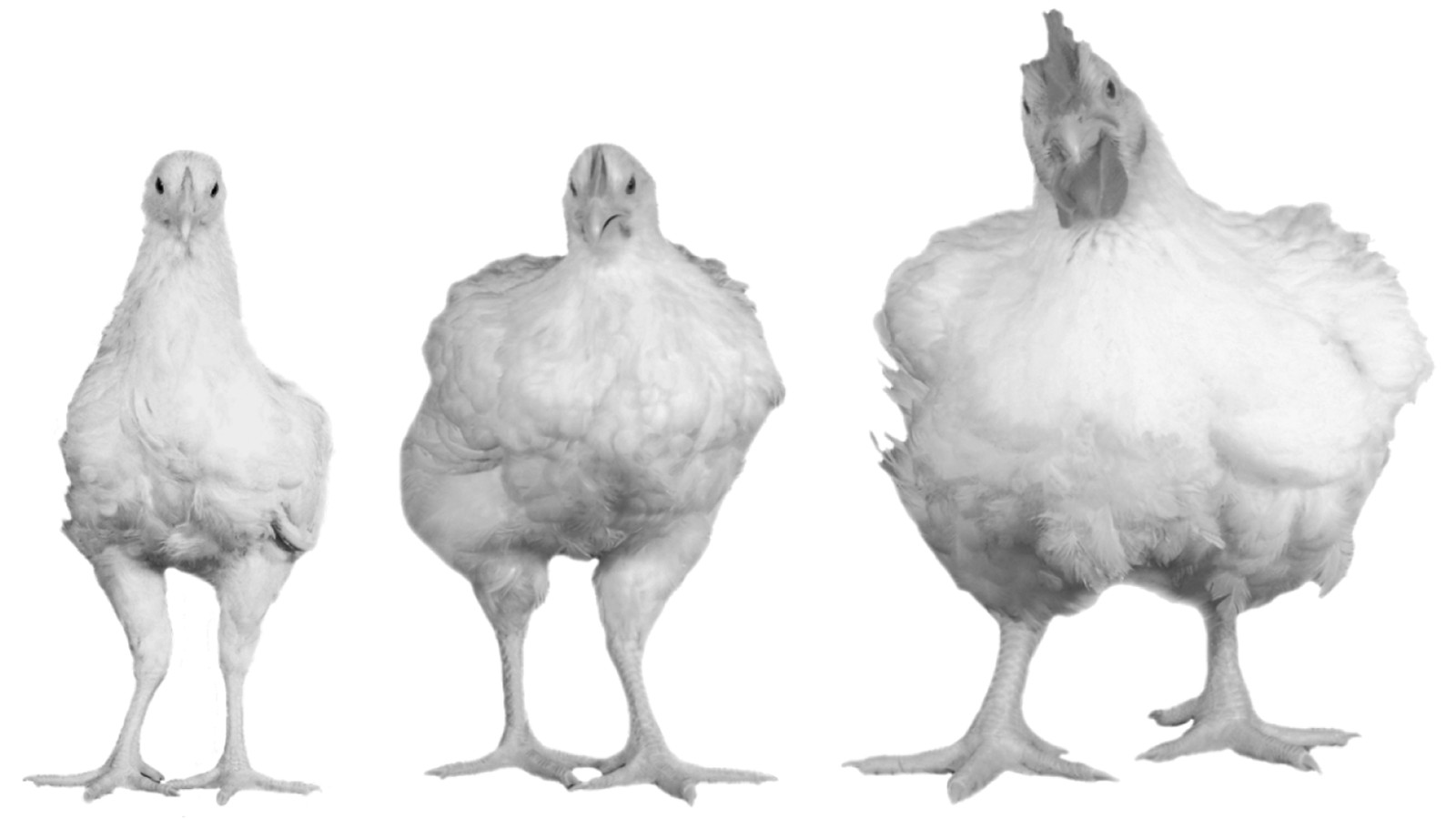 Chickens have gotten ridiculously large since the 1950s

What breeding can do, in one glorious picture.

Chickens have been FUBAR'd. (Fattened Up Beyond All Recognition)

I buy Rocky and Rosie chicken from Petaluma Poultry. They are certified organic birds. Petaluma Poultry was the first chicken ranch certified by the government. They do not have the monster sized breast that you get from Foster Farms. I get them fresh (never frozen) and I can taste the difference!