I picked up a 3.5 lbs beef bologna chub. Scored it, lightly rubbed down with mustard then meat churches holy gospel! It was amazing. Sliced and diced with cheese and crackers to munch on while I had people over while the brisket was still going on the WSM.

Good ole Oklahoma ribeye. Lol. I absolutely love smoked bologna. Just this last week I made some for a work potluck with some smoked cheese for cheese and crackers.

Instead of a chub this time I just bought 2 packages of thick cut sandwich bologna and cut each package in half and smoked them. Afterwards I just had to cut in some chunks and it was basically already sliced for the crackers and cheese. 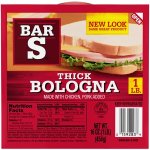 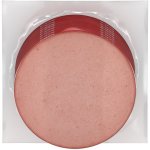 “Oklahoma Ribeye?” That is hilarious!

Definitely an Oklahoma thing, though. 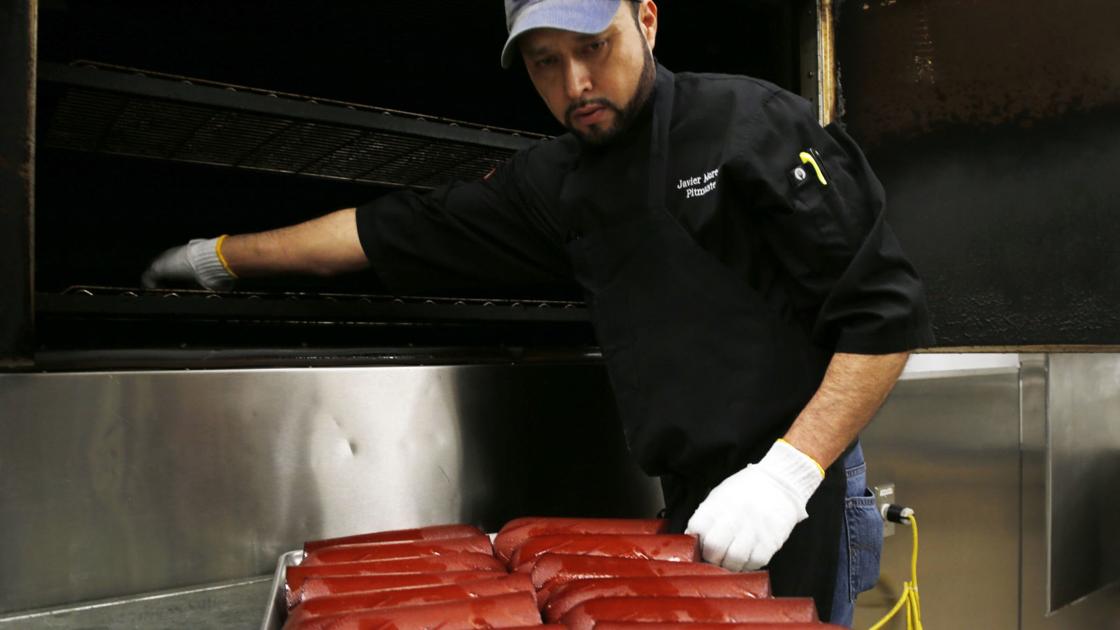 No bologna: Oklahoma tops nation in this smoked barbecue delicacy

No other state embraces smoked bologna as the Sooner state does.

At my meeting today with my Nutritionist I will ask her if I can eat this???

Interesting article Mike, thanks. I might have to try doing that one of these days. Gee, the “I Gotta try that” list is getting long, happy to see the days getting longer and kitchen project winding down for the time being.

Saw a video on smoking bologna several years ago. I believe it was Man Cave Meals. I've been wanting to try it ever since. 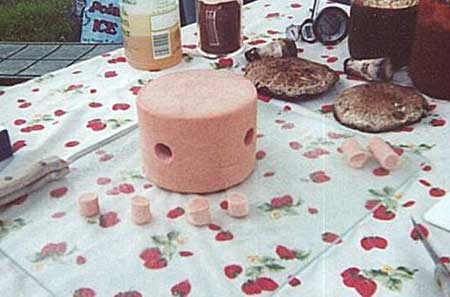 Smoked bologna: A fun, easy, and delicious meat to smoke using the Weber Smokey Mountain Cooker. Great in sandwiches or as an appetizer!

I thought the title of the thread was, "Smoked bologna club" and I was about to say, "Yeah! Alright! That's the kind of club I want to be in."

When I'm talking about barbecue with anybody new, and hear the topic "What's your favorite meat to smoke?" I give them a top three: "Brisket, ribs... and bologna" and usually I'm met with wild eyes.

Holy Gospel is an awesome rub. Whenever I smoke bologna, I score it and rub it down with either Tony Chachere's or Slap Ya Mama Cajun seasoning. Whichever of the two I have on hand. Love frying up a couple slices afterwards, too.
R

Love Bologna anyway I can get-it, however my Nutritionist and Doctor strongly recommends "No-Way-Jose"!
Last edited: Friday at 11:40 AM

Several years ago I watched John Setzler ( Man Cave Meals) do a YouTube video featuring a smoked bologna chub. I'm wanted to do that ever since and never have.
Last edited: Friday at 12:41 PM
J

If you want to sample smoked bologna without committing to a big chunk o' meat, see if you can get Lebanon Bolgna from Seltzer's.

Richard Garcia said:
Love Bologna anyway I can get-it, however my Nutritionist and Doctor strongly recommends "No-Way-Jose"!
Click to expand...

But your name is Richard, so who cares if Jose's not allowed to have any?

A smaller ring is a good choice for someone who's never smoked bologna. If it turns out well a chub can be the next step.

I think I need to do a ring really soon! I think a big chub might be hard to sell to the family!