Finally getting knee deep into fresh produce here and being able to make almost every meal with something that's just-picked so been a lot of food stuff going on. Here's a few recent cooks and maybe a sneak preview or two of some things I'll post here later.

Charring green peppers, and decided to grill a few chunks of watermelon with balsamic at the same time. It was... well, not bad at all but definitely different. 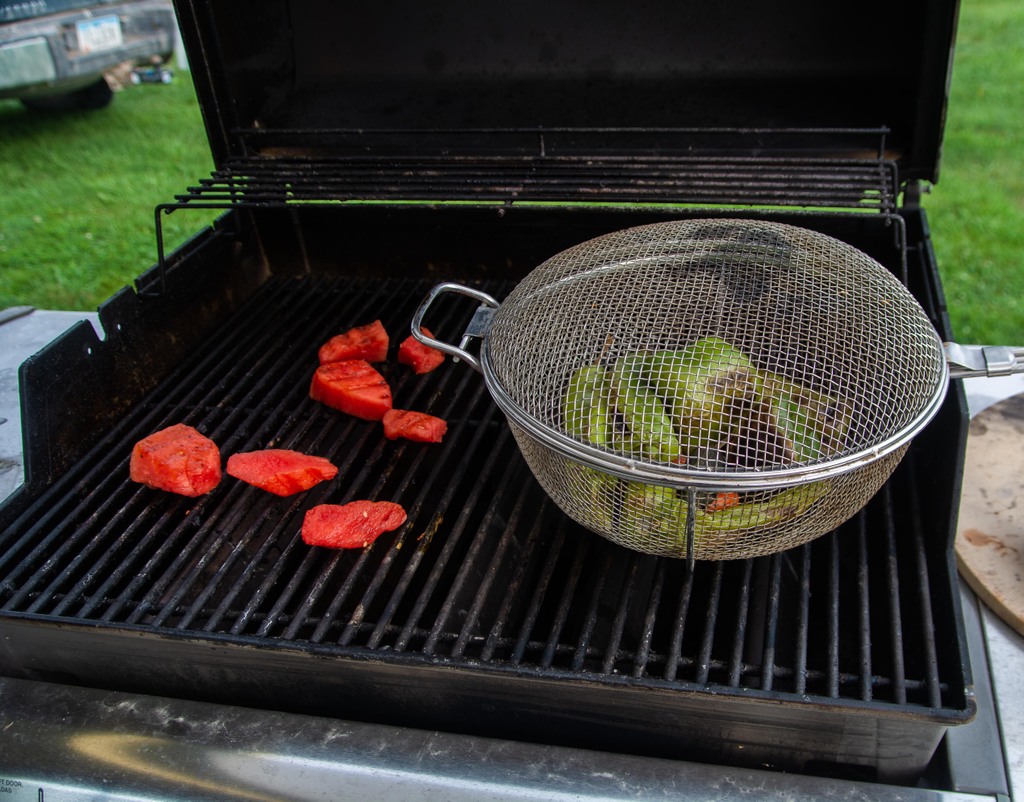 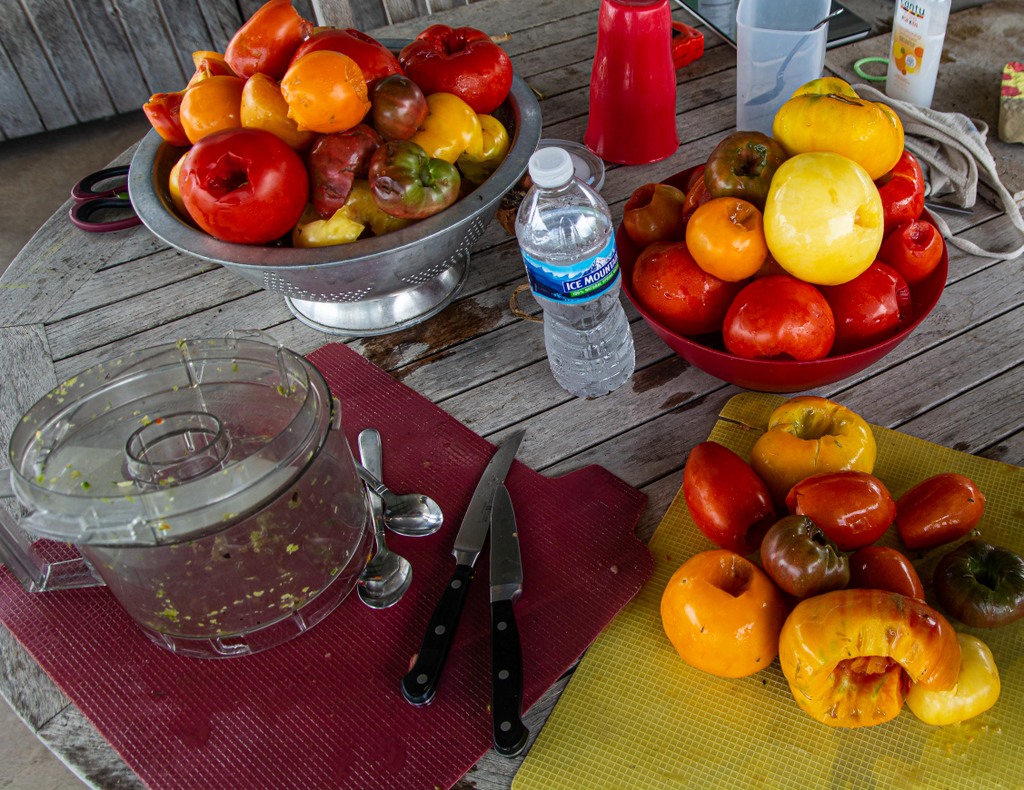 Was just playing around with ideas here, made burgers with ground pork from some hogs we killed and butchered. Stuffed with basil and feta cheese, put some grilled peaches on top, made a nice caprese for the side. Tasty, but not quite enough fat to hold the burgers together nicely on the grill. Probably should have tried it with mats. 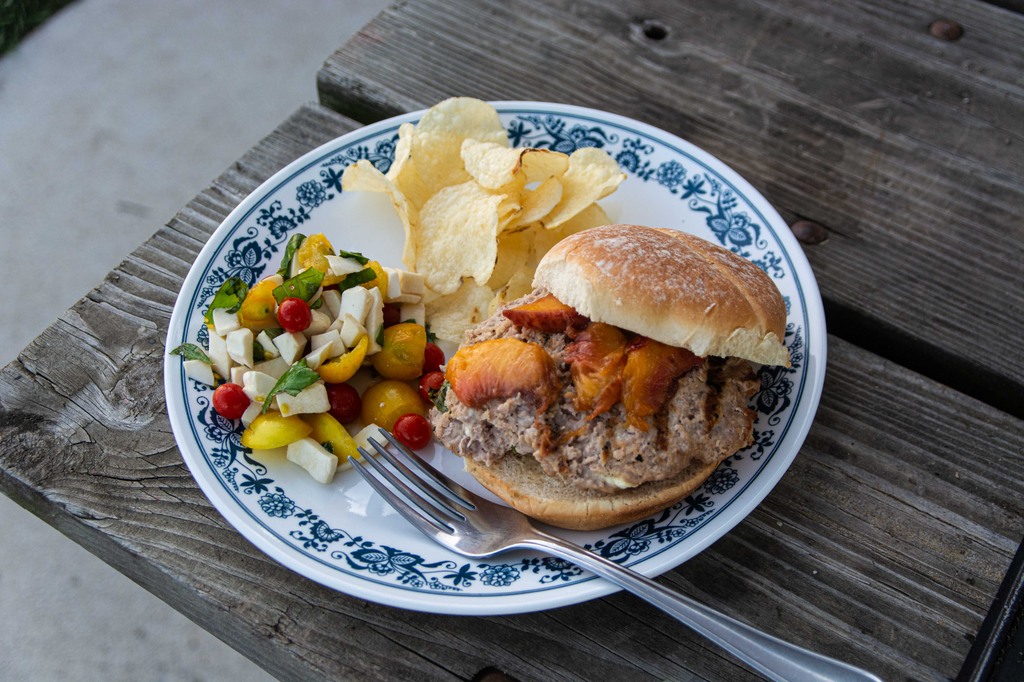 A couple of the things we canned last week with the above veggies- batch of pepper relish and a batch of pizza sauce. 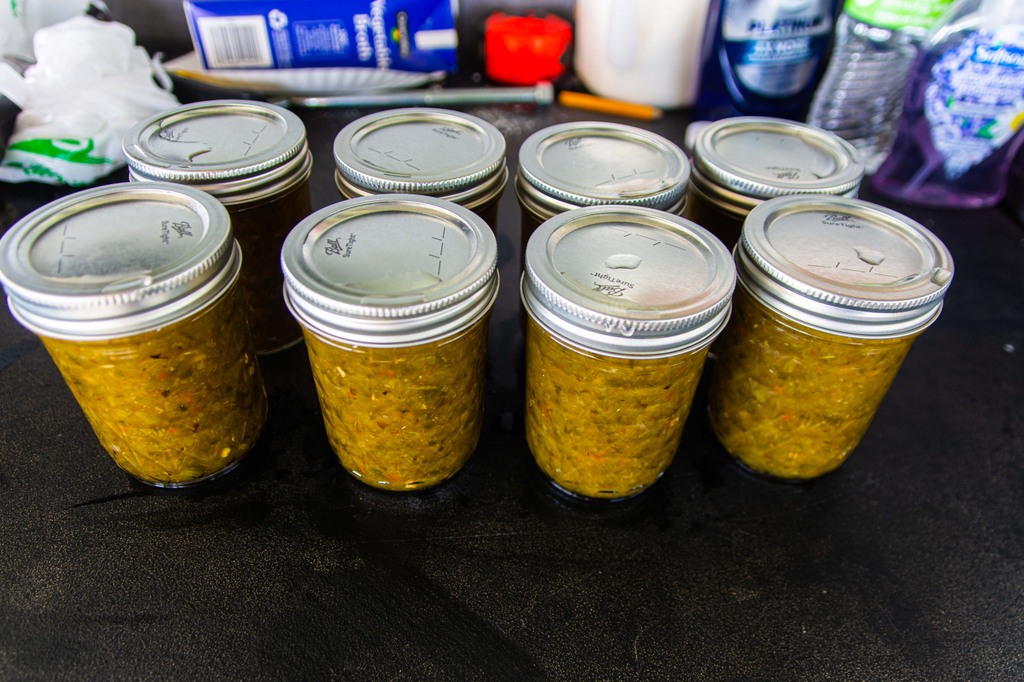 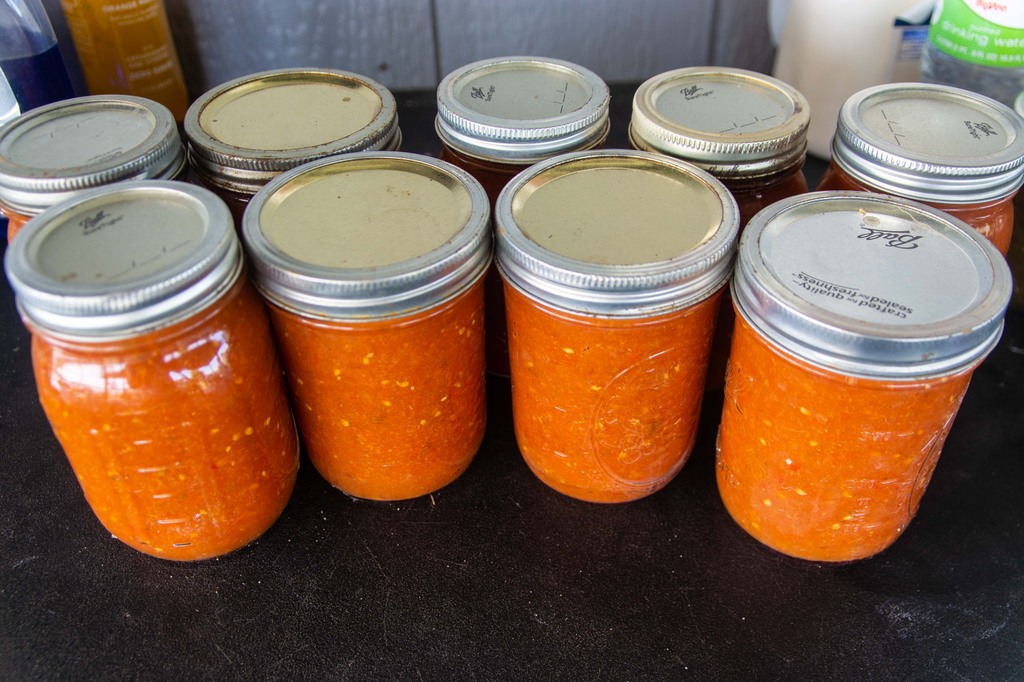 Few pieces of bruschetta on the Genesis. 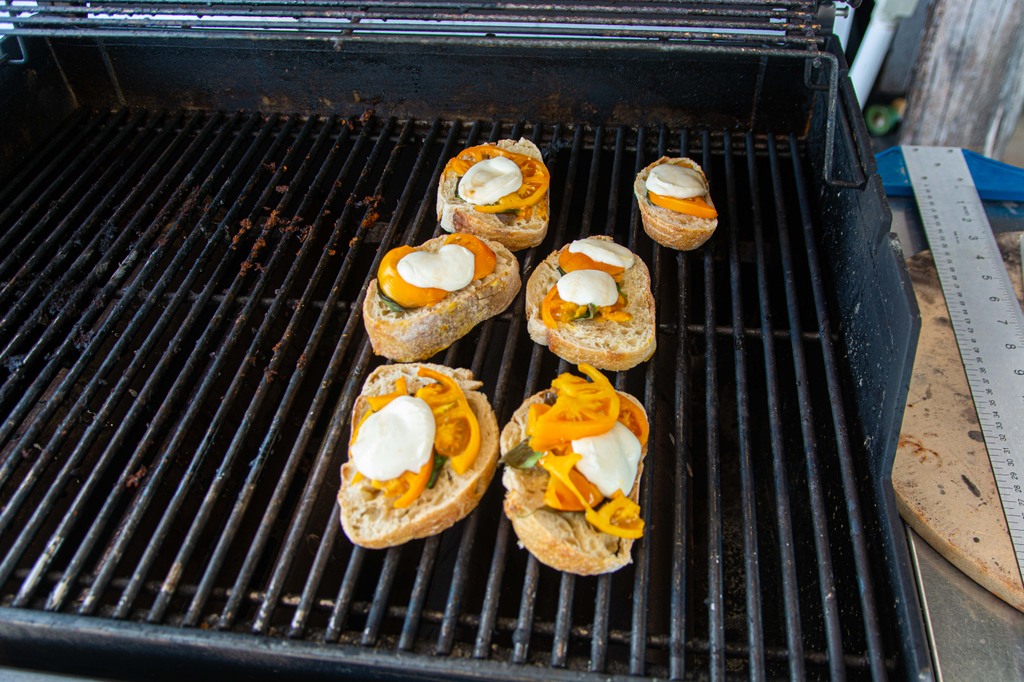 Masonry project of the week. 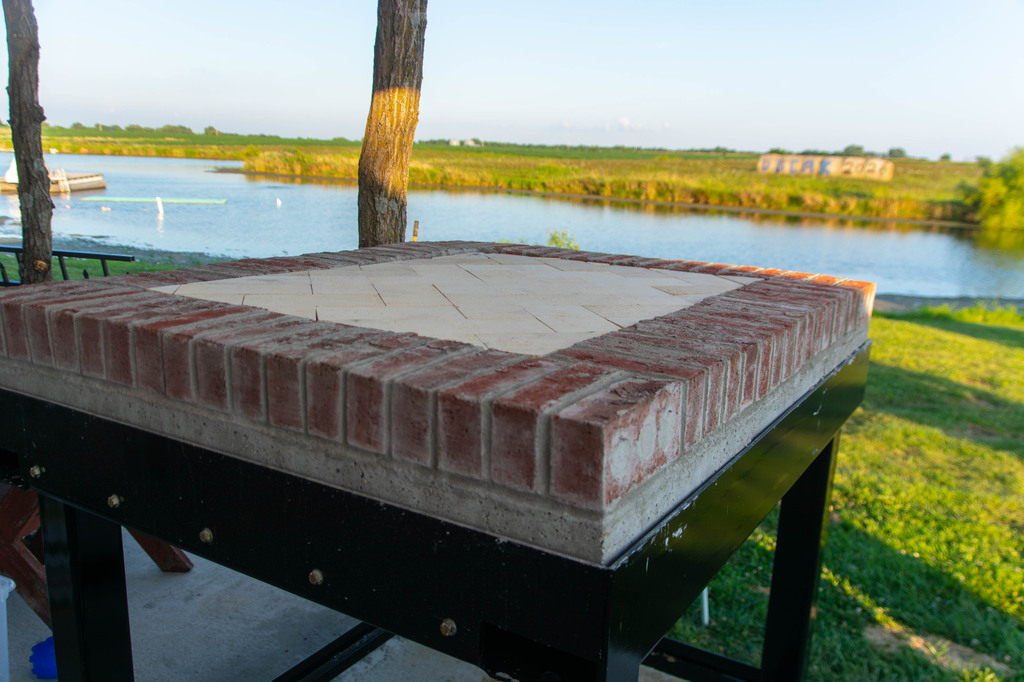 Beef short ribs on WSM, and in the foil is a cabbage that was cored and stuffed with a stick of butter. 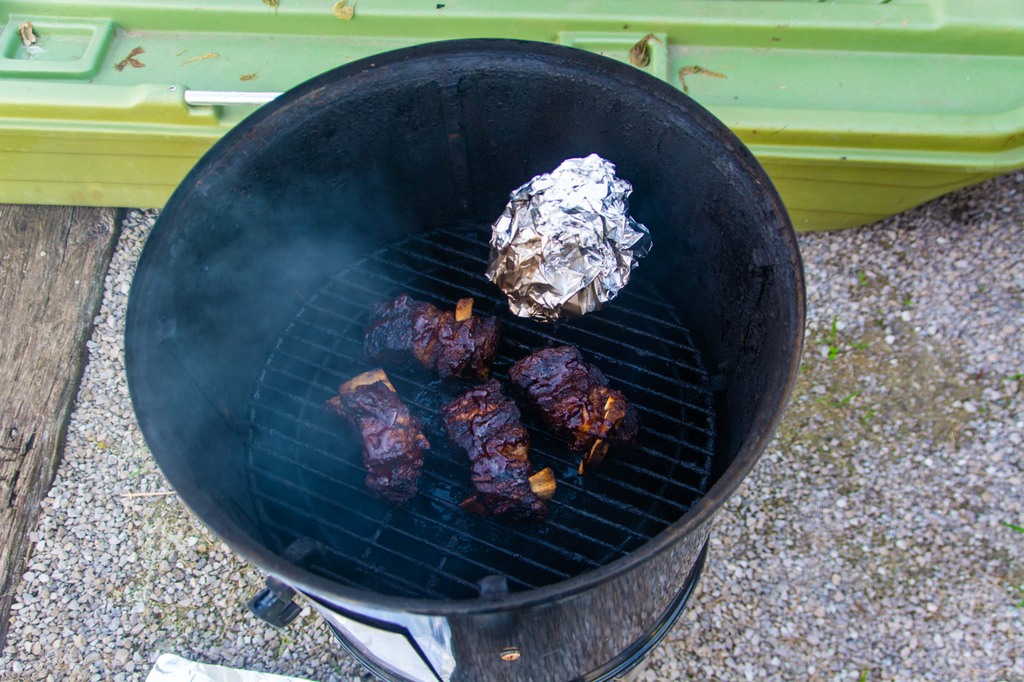 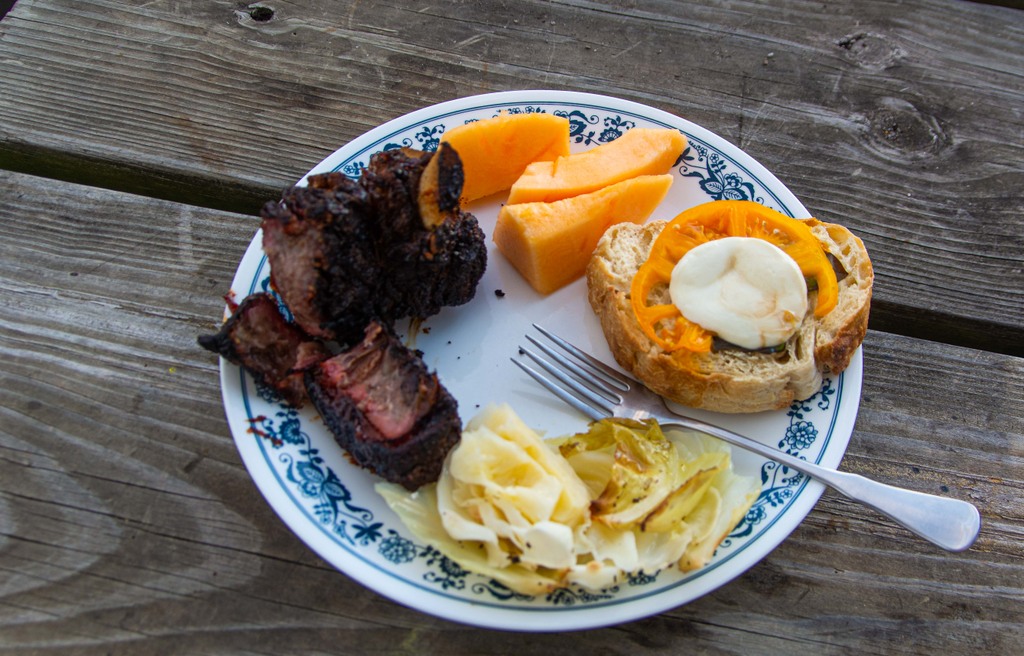 Everybody seems to be doing it, so had to give smoked queso a try. Used homemade chorizo we ground from some of that pig meat. Was too busy with other stuff to get anything other than this quick cell phone pic, but this got rave reviews even from the kids who were grumbling about the veggies that went into the pot. Will most definitely be doing more smoked queso in the future! 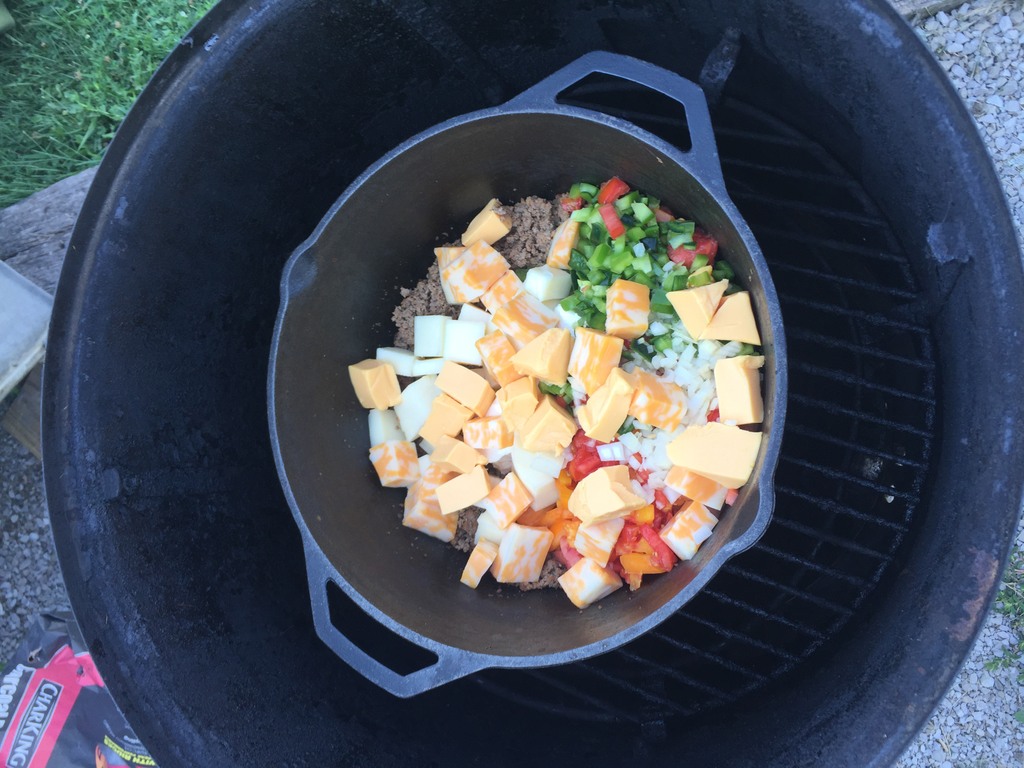 Not much better way to end the day than a full moon, a fire and a (several?) cold adult beverage. Having a nice Sazerac as I post this. 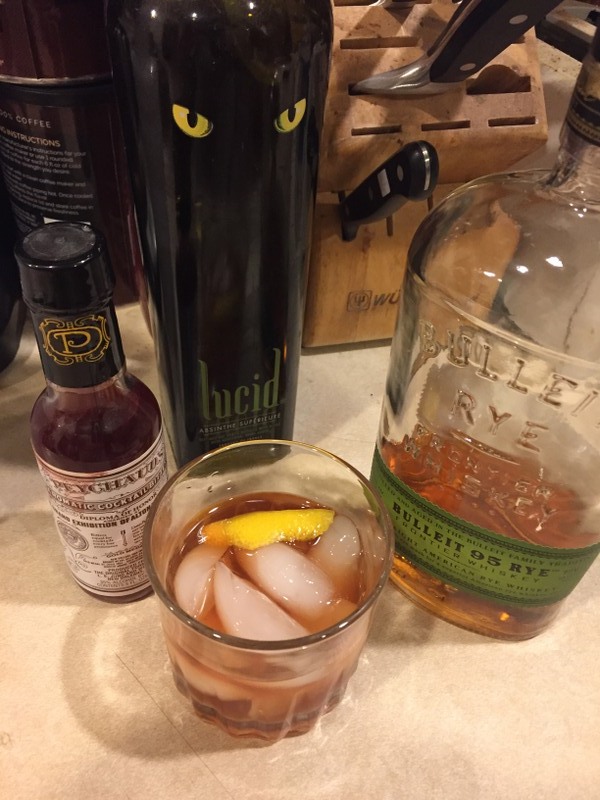 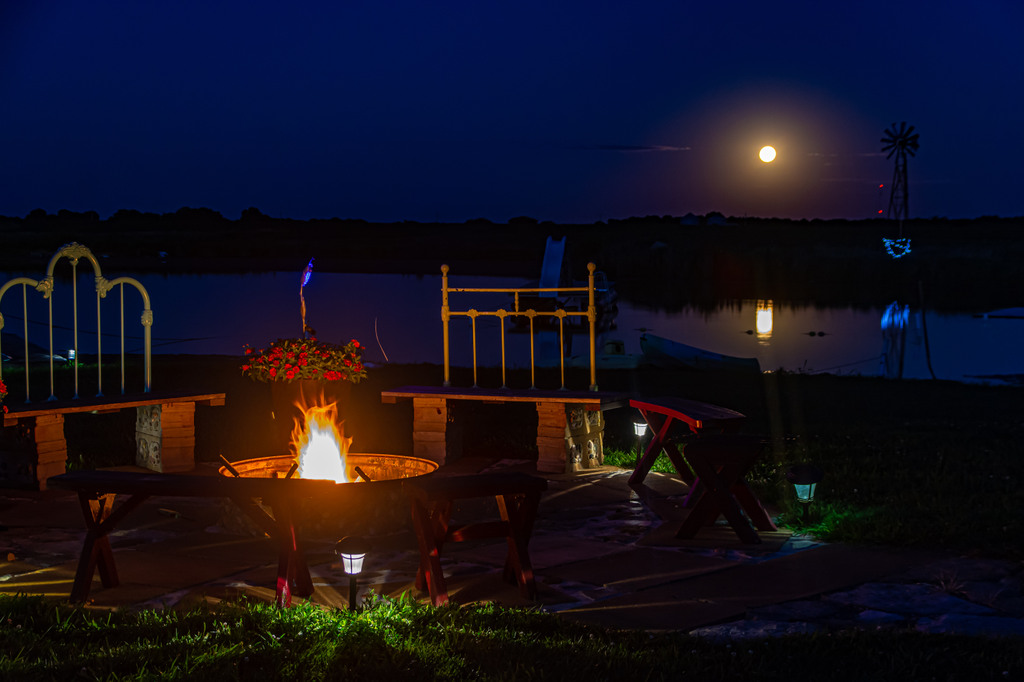 Clay, I can't possibly comment on each of the great things you got going on there! All of the haul from the garden looks great!!

....Don't think you snuck the pizza oven base past us, though......looking good with your base layer!

Clay, your posts just inspire me. The last shot is absolutely gorgeous. All the wonderful food you raised is remarkable and I love it all. Will definitely try some grilled watermelon and I really like your pepper grilling basket. Nice job Clay.

Looks good! We're just barely starting the grow season here. We didn't plant much this year as I need to amend the soil in the garden. Two cherry tomato plants, then we have strawberries and raspberries that usually produce every year. So far just 10 ripe cherry toms, 8 strawberries. The raspberries have been the star. Been getting 2 gallons per week, for the last three weeks! Oh yeah almost forgot we have chives and thyme that produce year round.
T

Really inspiring and a bit depressing since I have no way to do all that. Great ideas and Wow. How was the cabbage? Great looking ribs

Tony-Chicago said:
Really inspiring and a bit depressing since I have no way to do all that. Great ideas and Wow. How was the cabbage? Great looking ribs
Click to expand...

Tony, I can't remember specifically who from but I think I got the idea of cooking a cabbage that way from somebody on this forum. Have done it several times now, it's super easy and works great with something like ribs where you can just drop it in and walk away for a few hours. It's an interesting change from doing cole slaw or whatever with a cabbage.