Which meat probes to use?

When I built my HeaterMeter last year, I was able to use the same meat probes that came with my iGrill. Those worked fine but have started going bad. What are the best quality probes that work with HeaterMeter? I ordered these from Amazon thinking they would work, but the HeaterMeter doesn’t detect them when I plug them in:
BBQ Butler Thermometer Probes - Stainless Steel - Grill Thermometer Probes - Ambient Temperature - 6 Foot Probes - Maverick Hybrid Grill Probes - ET-732/733/735-2 Pack https://www.amazon.com/exec/obidos/ASIN/B07283W45G/tvwb-20

Does anyone know if these BBQ Guru ones work? They claim they’re waterproof and durable: Otherwise, which of the recommended probes do you guys use? I’m having trouble reconciling the model numbers listed on this page with the products sold on the websites: 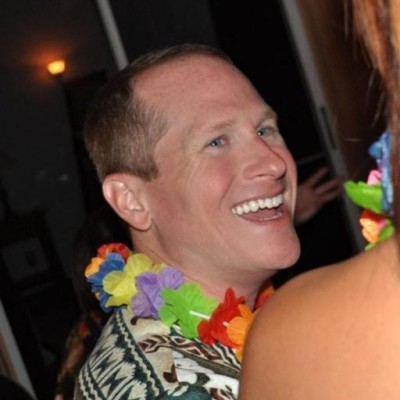 HeaterMeter and LinkMeter Arduino BBQ Controller. Contribute to CapnBry/HeaterMeter development by creating an account on GitHub.

Any help would be much appreciated!
M

I bought some straight from the manufacturer Maverick model PR-006 and 004 worked here is a link: Maverick replacement probes
Last edited: Apr 18, 2020
J

You cant go wrong with Thermoworks probes, they are probably the cheapest, best, probe that works with the HM. There is already presents for them. The BBQ Guru prpbes you would need to figure out the coefficients to get them to work on the HM.

Yeah I love the Thermoworks probes, they're really nicely made with strain relief springs and molded connectors on each side to (most of the time) keep water out. If you're wondering about the Thermoworks model numbers, any of the Pro-Series linked on the wiki work, and the model numbers are listed like "SKU: TX-1004X-SP" on each individual page. The 4" straight probes are my favorites. Somehow I must own 6 or 8 of them between the lab and the kitchen. They go on sale for half off every so often.

Thanks for the great info guys! I’ll order some of the Thermoworks ones. Really appreciate the advice.
J

In all honesty.... I'm not sure you can go wrong with any Thermoworks products. They're not cheap, but built well and stand behind it.
M

Just checked out the Thermoworks site and they have a site wide 18% off. Also they sell an extension cable for probes thought I might stick it permanently through a grommet on UDS. Thanks for pointing them out!

Mitch_D said:
Just checked out the Thermoworks site and they have a site wide 18% off.
Click to expand...

Please consider using this link when buying ThermoWorks probes and other therm products. It helps keep the lights on here at the forum.

With regard to this topic, as an aspiring builder of a heatermeter (as soon as I receive all supplies), I was also wondering about the probes. I have read the wiki, and I do understand that it would be best to choose the recommended probes. However, I happen to have some spare probes, both K-type (this one that I bought thinking I'd put something ESP8266-based together: https://www.aliexpress.com/item/32990485702.html?spm=a2g0s.9042311.0.0.27424c4df1g5d8) and thermistor probes (this one and similar cheapo-ones that I got with my IKEA meat temp meter as well as my cheap wireless meat temp meter https://www.aliexpress.com/item/32990485702.html?spm=a2g0s.9042311.0.0.27424c4dl5Cox7).

So, my question is: am I shooting myself in the foot if I start trying the HM out with these that I have laying around, or should I just bite the bullet and order the recommended probes and keep these laying around?

Neither of those AliExpress links you've posted works for me, they're both error pages saying they won't deliver them to the US, so I can't speak to them specificially.

For the thermocouple, a K-type is a K-type so whatever you have should just work, provided it has the standard two-prong mini jack on it.

Thermistors are all completely different and one can not just be substituted for another, even if you plug it in at room temperature and it sort of reads room temperature (where different models of thermistors are likely to agree, at 25C). If they're the IKEA probes that came with the FANTAST, I bought one of those back innnnnn 2012? and figured out coefficients for them, but they were wired in such a way that it made the readings on the HeaterMeter very erratic due to differences in how we measure temperatures. You can try to use these but first verify in boiling water that they read 100C on the HeaterMeter. If you already have them there's no harm in trying them as long as you don't rely on them being your primary temperature measurement reference.
R

I say hands down Thermoworks probes. I have bought a dozen or more Maverick probes, had problems with wonky readings, odd plug lengths, odd grounding issues and an early death by moisture for them all. Since I moved to a thermocouple pit probe and Thermoworks food probes I haven't bought probes in a very long time. When I was running Maverick it seemed I was buying probes every month. Only plus I see in Maverick is they have those high heat probes that can survive a little more than 700F, where thermoworks die in the 500F's. The thermocouple pit probe eliminated the need for the high temp tolerance and that is when I stopped buying Mavericks.
You must log in or register to reply here.
Share:
Facebook Twitter Reddit Pinterest Tumblr WhatsApp Email Link
Top