Staff member
The Golden State Battle was the first contest of 2019 for many California teams and judges. All were happy to gather at beautiful Cachuma Lake Recreation Area to dust-off the cobwebs and greet each other for a new season of competition barbecue.

On Friday night, the event kicked off with a potluck dinner and the California BBQ Association's annual meeting and awards ceremony. The KCBS sanctioned contest on Saturday featured the four competition meats plus a dessert category and a Kid's Q event.

Nestled between Santa Barbara, Santa Ynez, Los Olivos, and Solvang, in the southernmost part of the Central Coast Wine Region made famous in the movie Sideways, Cachuma Lake was an ideal location for The Battle. Plenty of campsites for 48 teams to spread out, a nicely appointed clubhouse with indoor plumbing for the judges, a patio area for the Kid's Q contest, all set against the lush green backdrop of the surrounding Los Padres National Forest.

The contest ran smoothly under the organization of Jim Palmer and his helpers along with our always excellent KCBS reps Kelly & Kathleen McIntosh. After the adults turned in their entries, the kids fired-up their Weber Smokey Joe's, with the younger kids cooking hamburgers using ground beef donated by Snake River Farms and the older kids cooking ribeye steaks donated by Snake River Farms. All of the steak judges said that those kids could come grill steaks at their houses any time!

The California BBQ Association also held a raffle for some great prizes, including mentoring by our friend Harry Soo of Slap Yo' Daddy BBQ, attendance at Steph “The Genie” Franklin's Simply Marvelous BBQ class, paid entry to several California barbecue competitions, tickets to Disneyland, various gift boxes and other prizes. At 5:30pm, the competition awards presentation was interspersed with raffle drawings between meat categories until all the checks, trophies, and raffle prizes were claimed and The Battle was over...until next year!

On a personal note, during the Judges Meeting I was honored to receive the award for California BBQ Association Certified BBQ Judge of the Year for 2018. I was flabbergasted when this was announced and I'm still having trouble wrapping my head around it. As the announcement began, a long list of the recipient's barbecue activities and achievements were read aloud...and about halfway through the presentation I realized those were my activities and achievements! Kind of a "This Is Your Life" moment, I was a little embarrassed because I've always done the things I do without much of a goal or a plan and certainly not for any recognition. Still, I greatly appreciated all the kind words that were said and all the warm greetings I received from my fellow judges afterwards. As I said upon receiving the trophy and special pin, it's the friendships and camaraderie that we develop as judges in this sport of barbecue that make it all worthwhile.

I want to sincerely thank CBBQA for this honor. I promise that I will continue to strive to be a judge that is true to the KCBS Oath and a judge that is always supporting, always helping, and always learning. I will also try to live up to the many flattering things that were said about me during the award ceremony.

I would also like to express my appreciation to all of my fellow California judges, our great California competition barbecue teams, our world-class KCBS representatives, and the many talented contest organizers and generous sponsors and volunteers who make these competitions a reality. We each play our part, and I'm privileged to play my small part. I'm also privileged to call many of you my friends, and if we're not friends yet, I hope we will become friends in the near future! Thank you!

Here are some photos from my visit to The Golden State Battle. Enjoy! 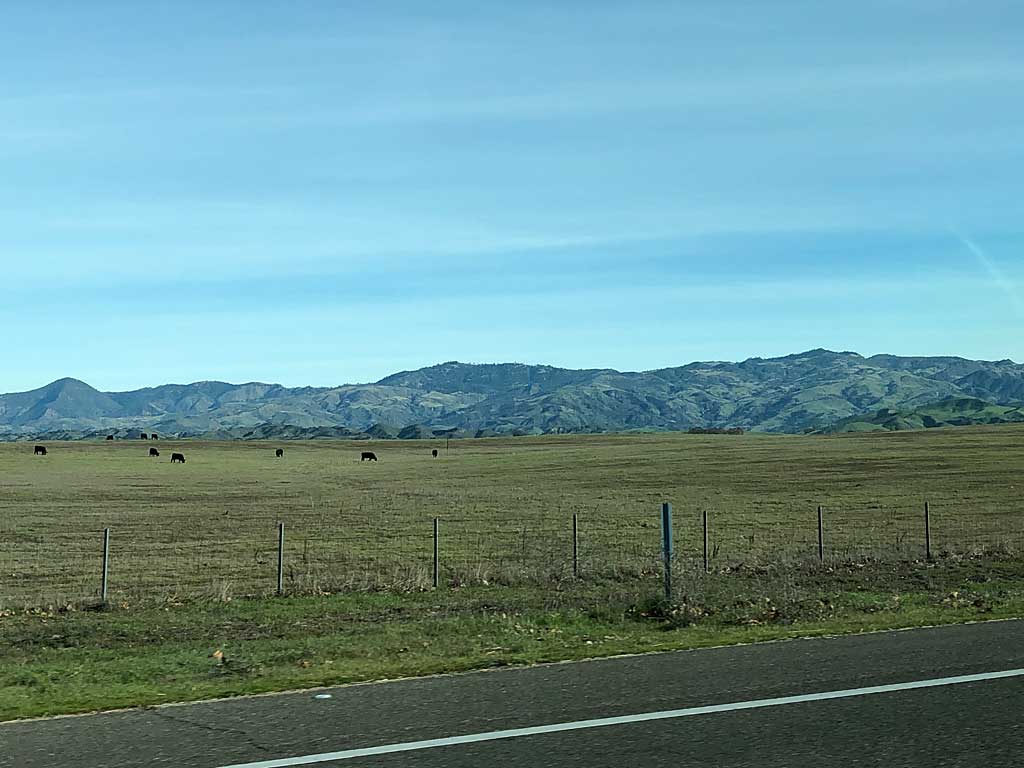 Lush green hills on the way to The Golden State Battle. Future briskets grazing in the field. 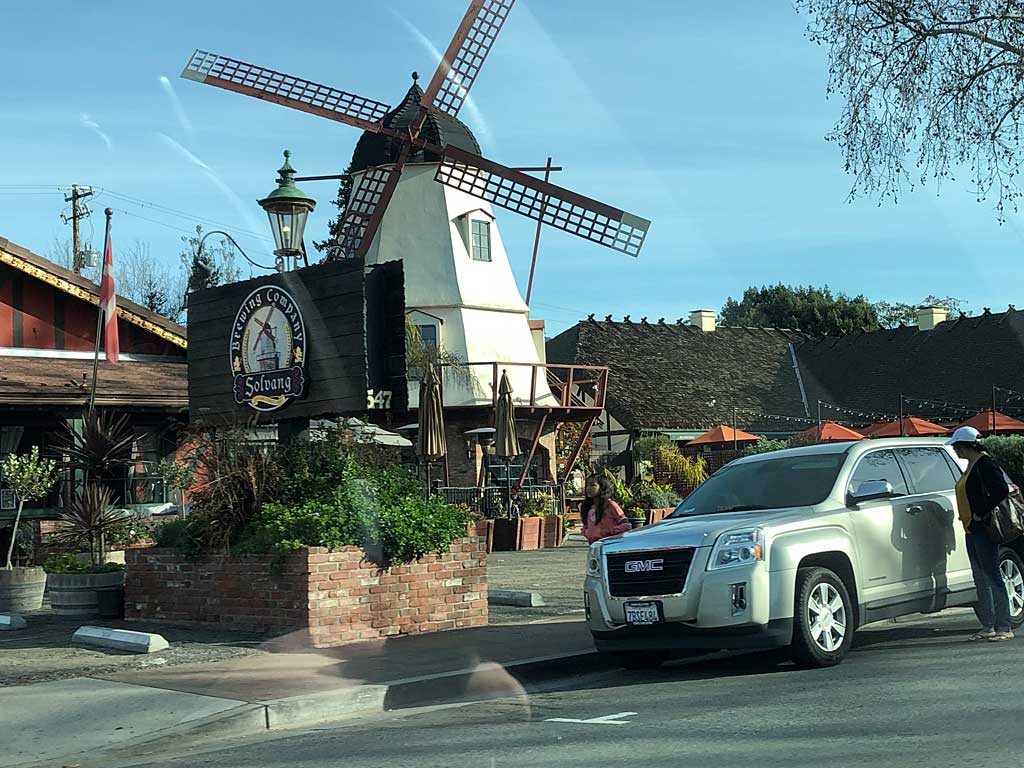 Passing through the Danish-themed village of Solvang on the way to Cachuma Lake Recreation Area. 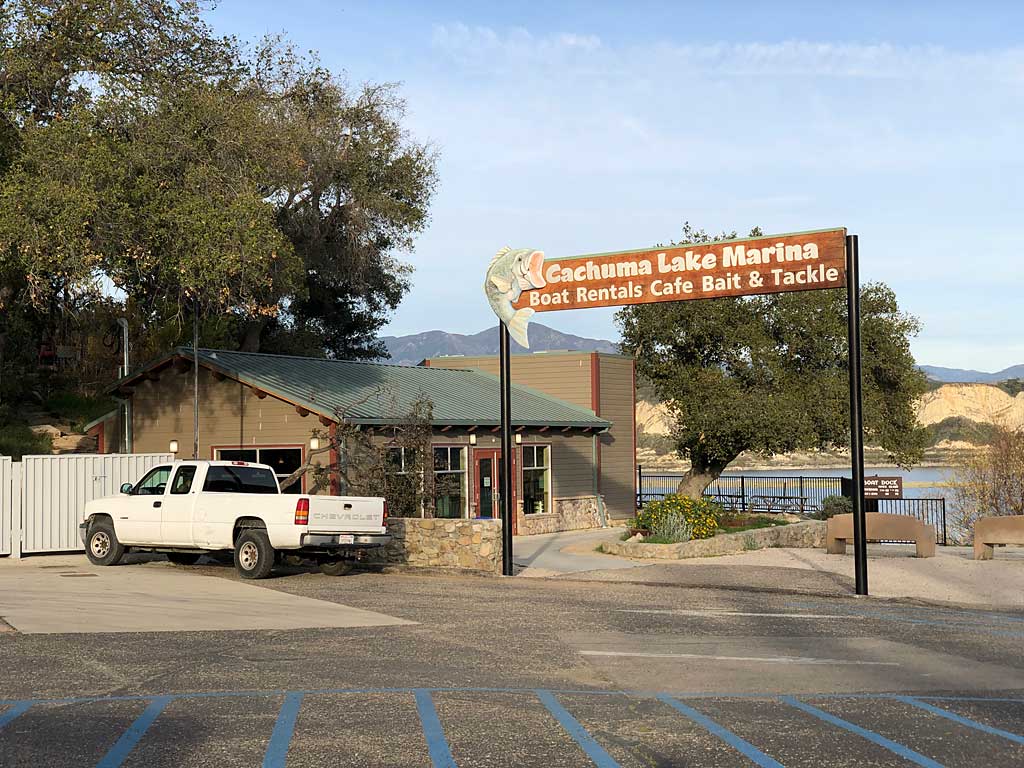 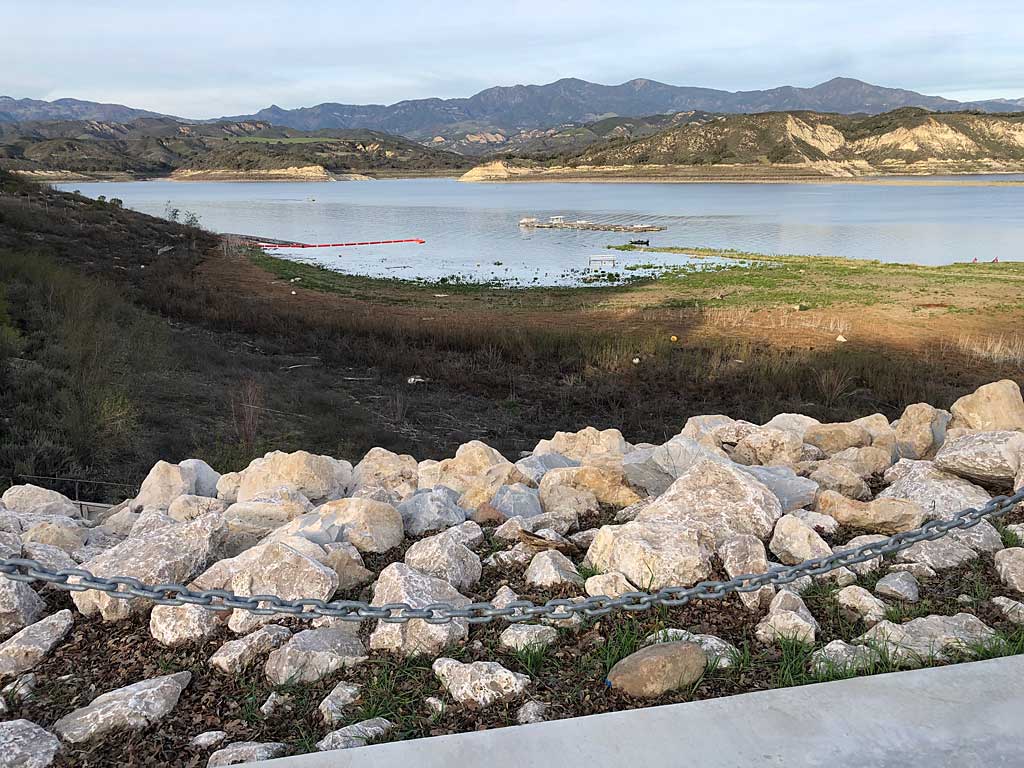 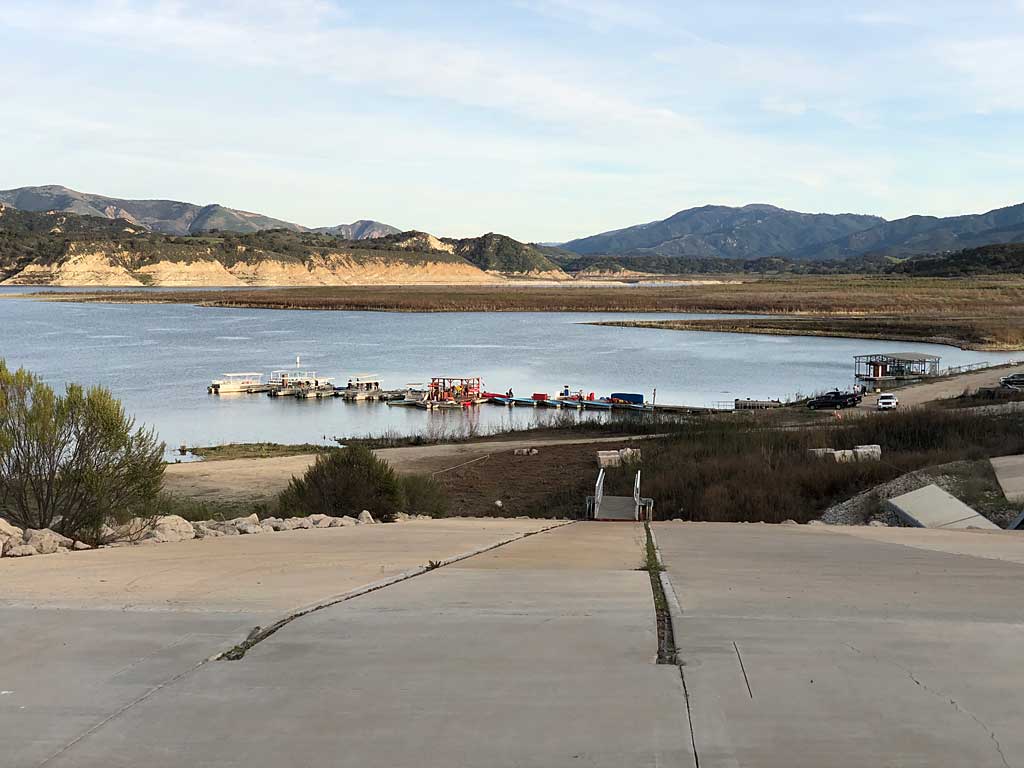 ...hoping for more winter rains. Most rainfall comes in Jan/Feb/Mar, so let it pour...AFTER the competition! 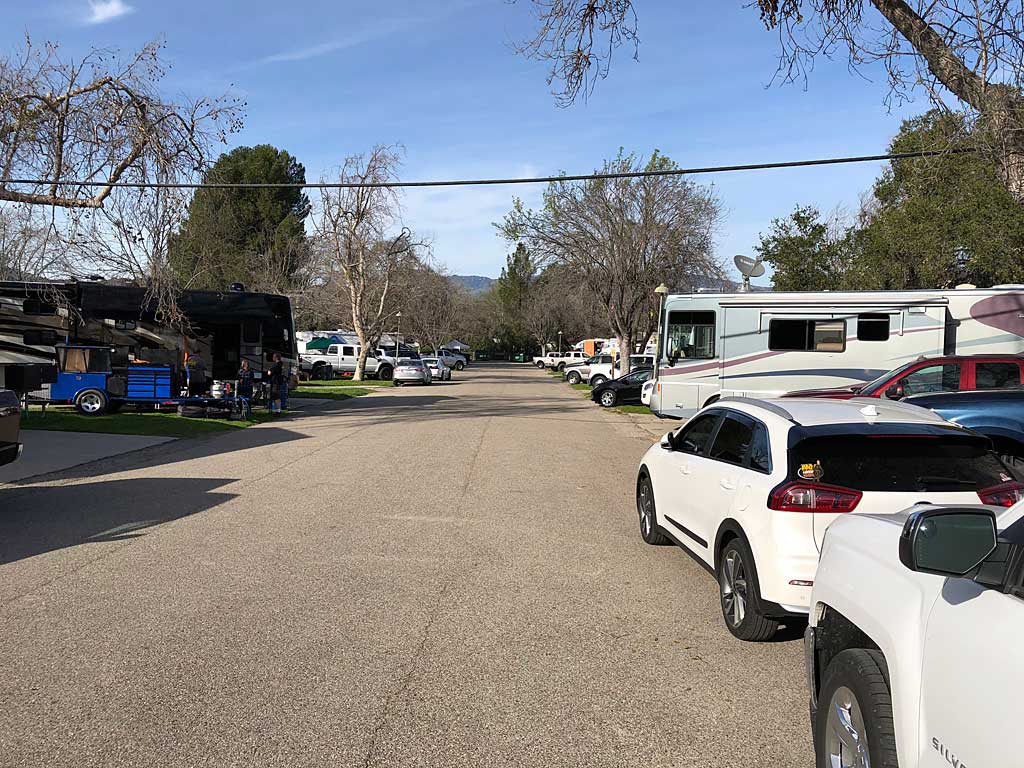 Lots of well-appointed campsites for the 48 teams participating in The Battle. 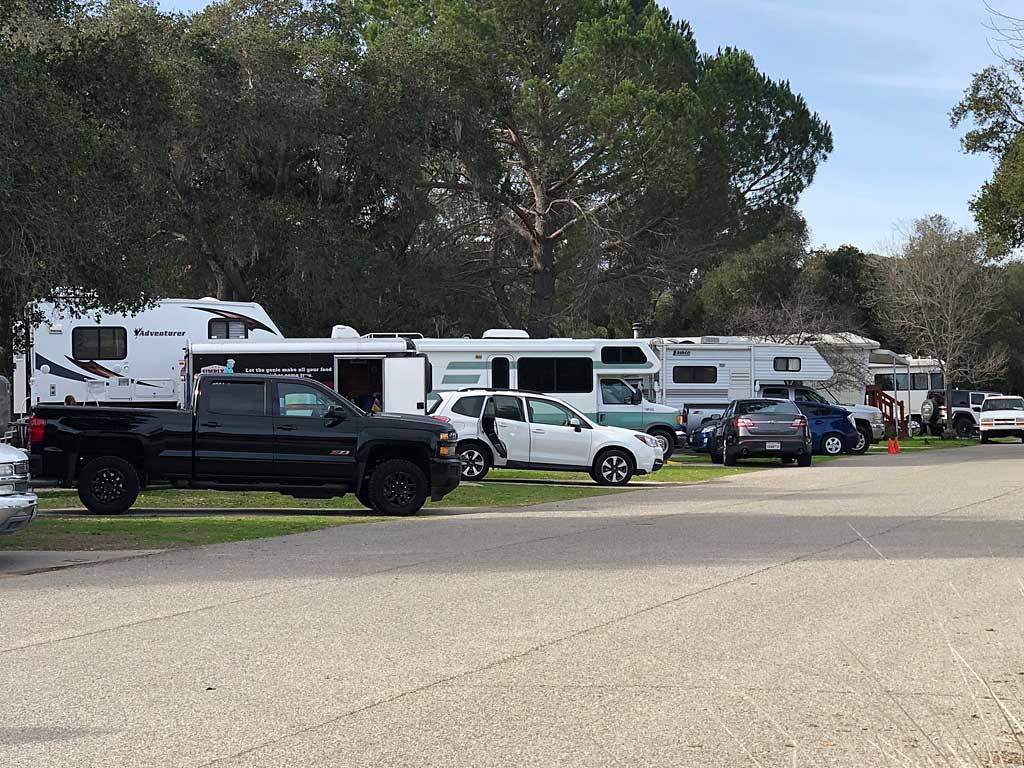 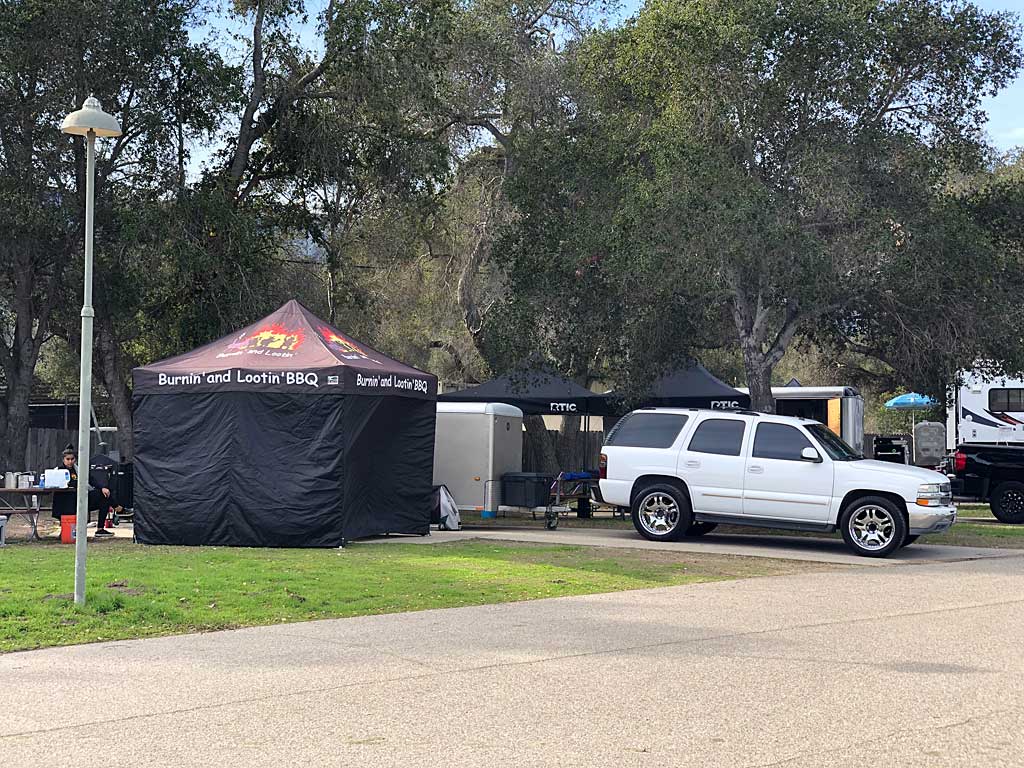 Burnin' & Lootin' BBQ gets ready to loot some of the prize money and trophies. 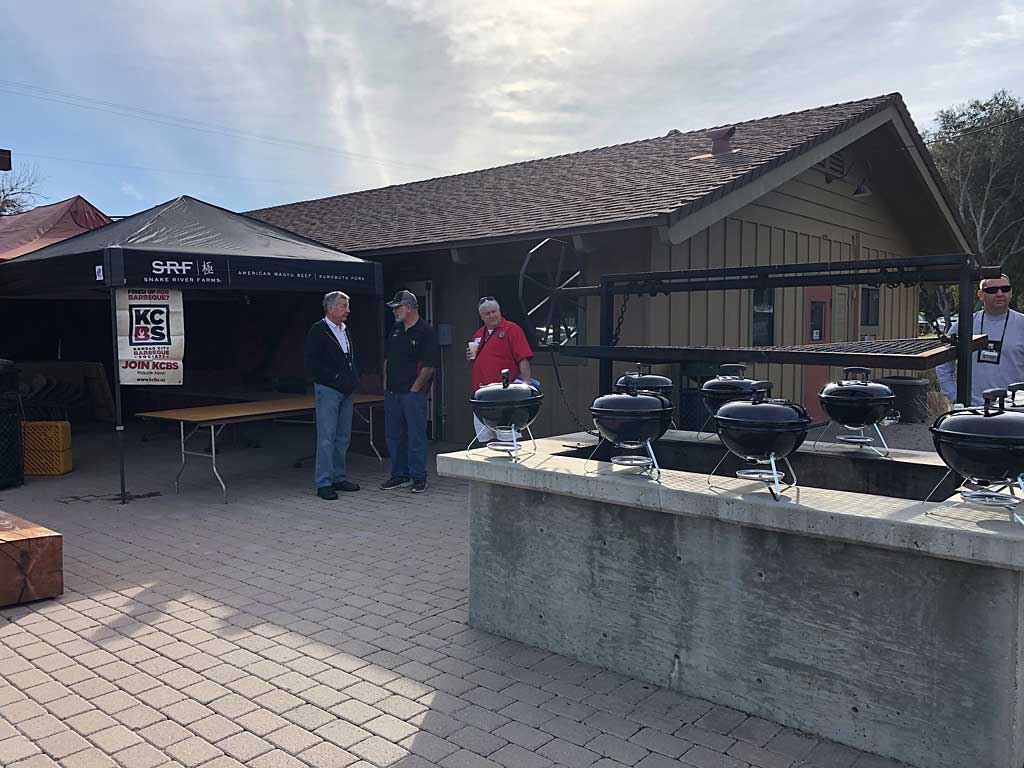 The patio outside the clubhouse is setup for the Kid's Q contest. 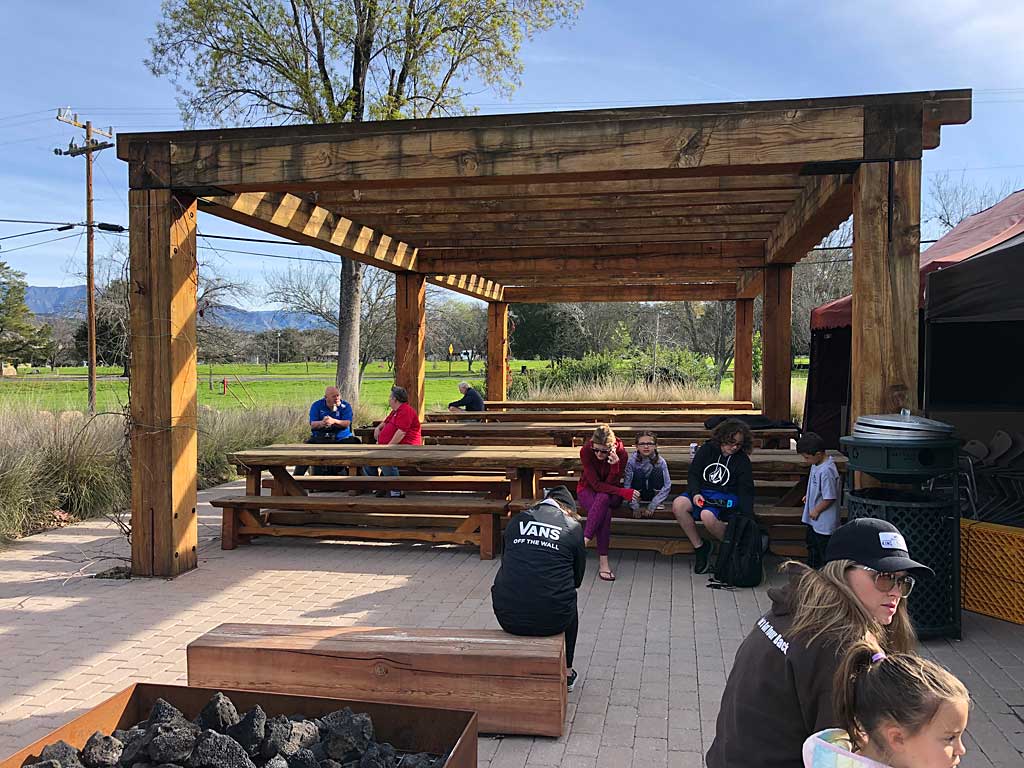 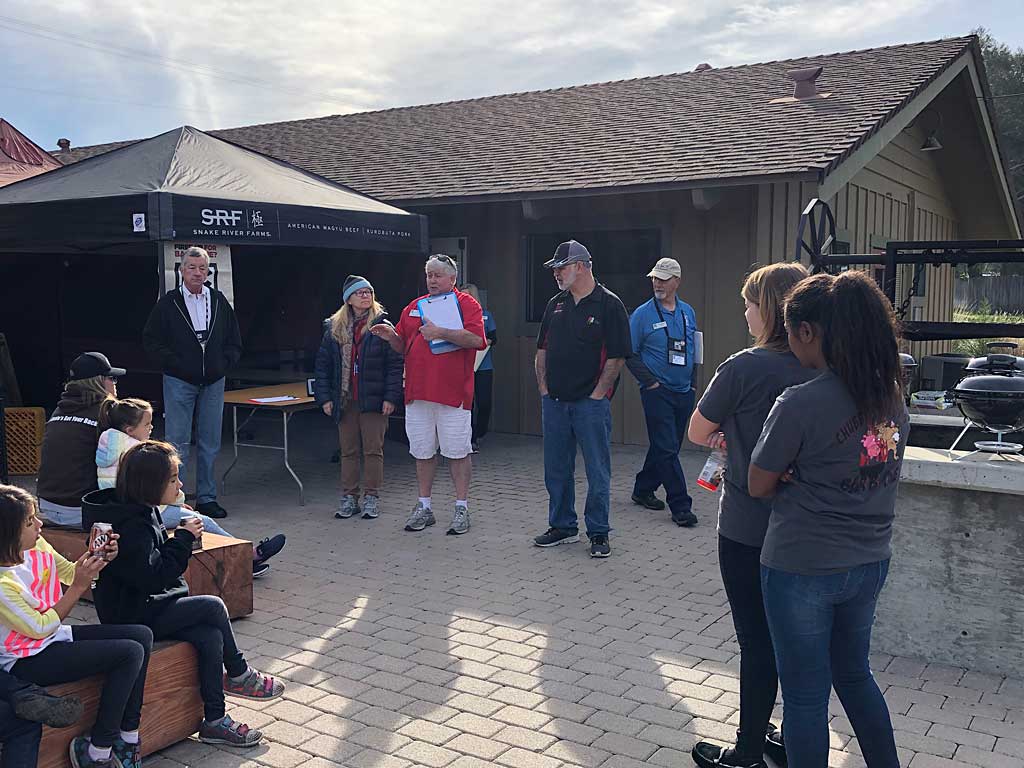 Team meeting for the kids and their parents at 10am. 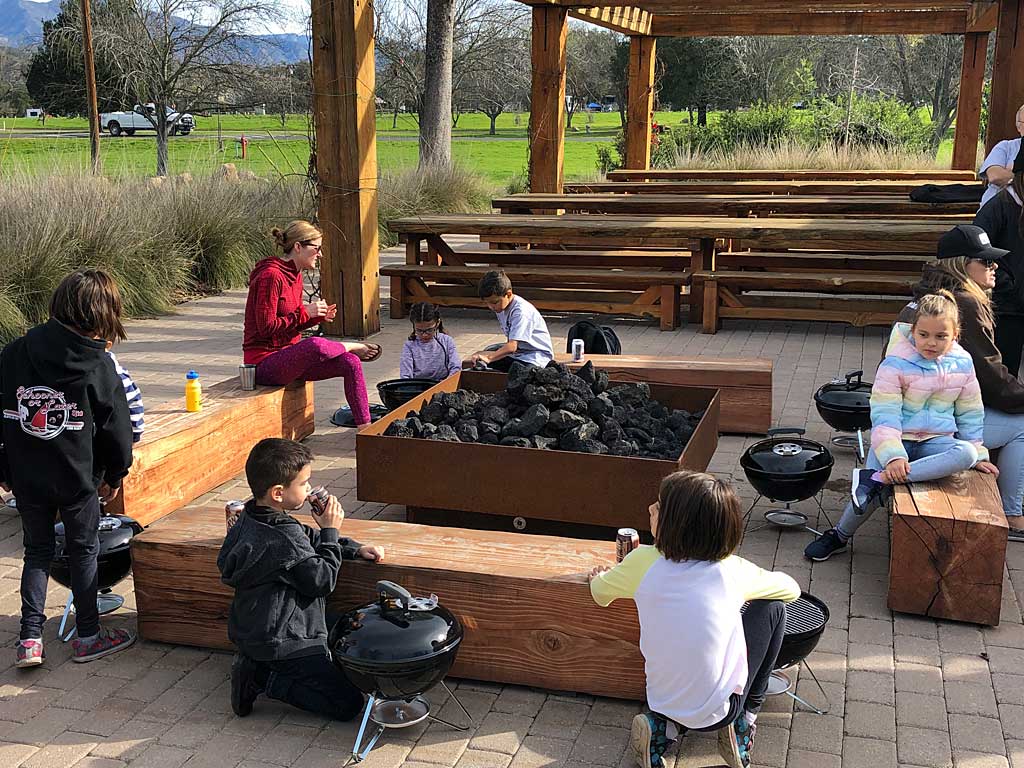 The kids examine their grills while enjoying non-adult beverages. 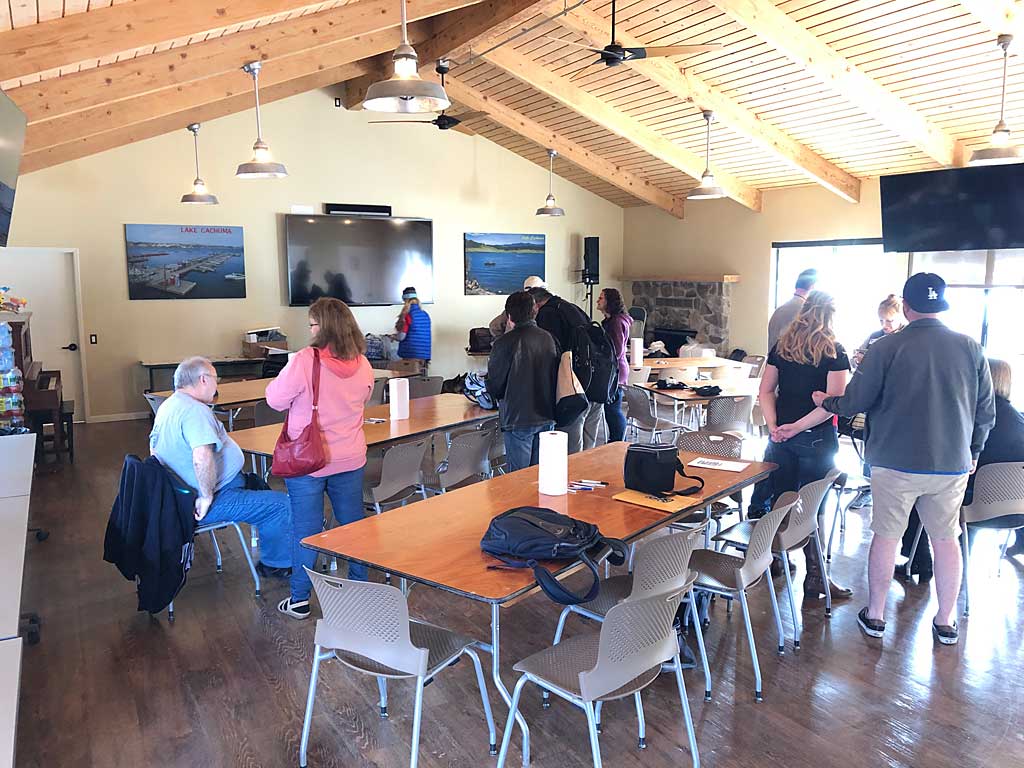 The clubhouse offered comfortable accommodations for the judges to do their important work. 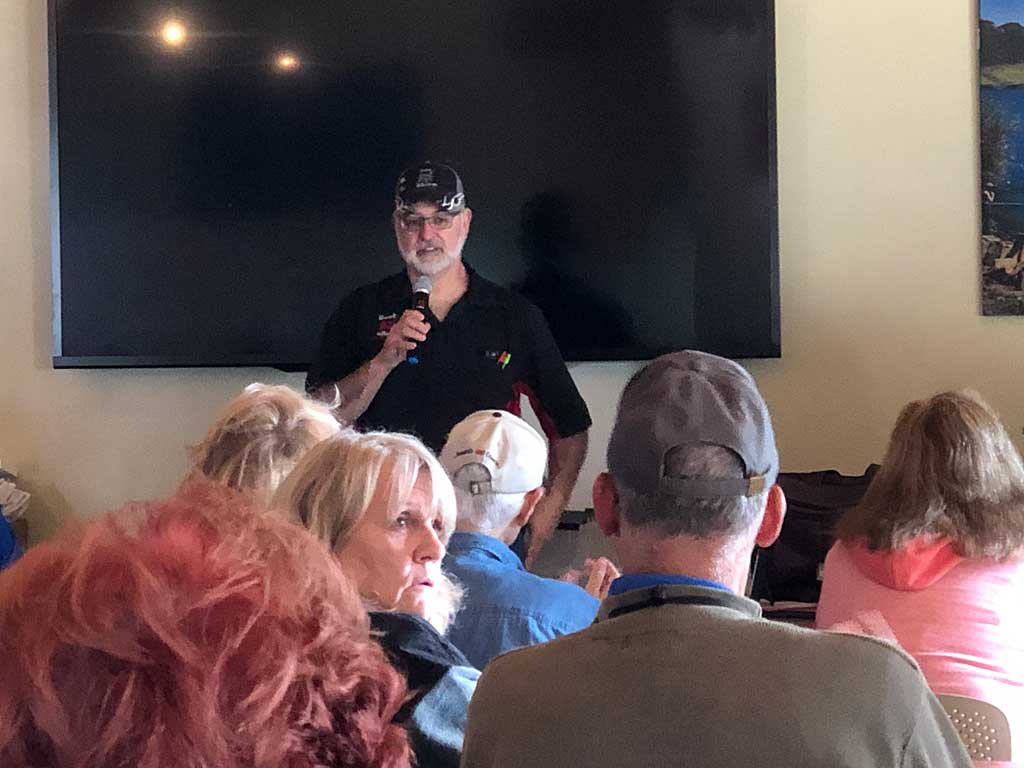 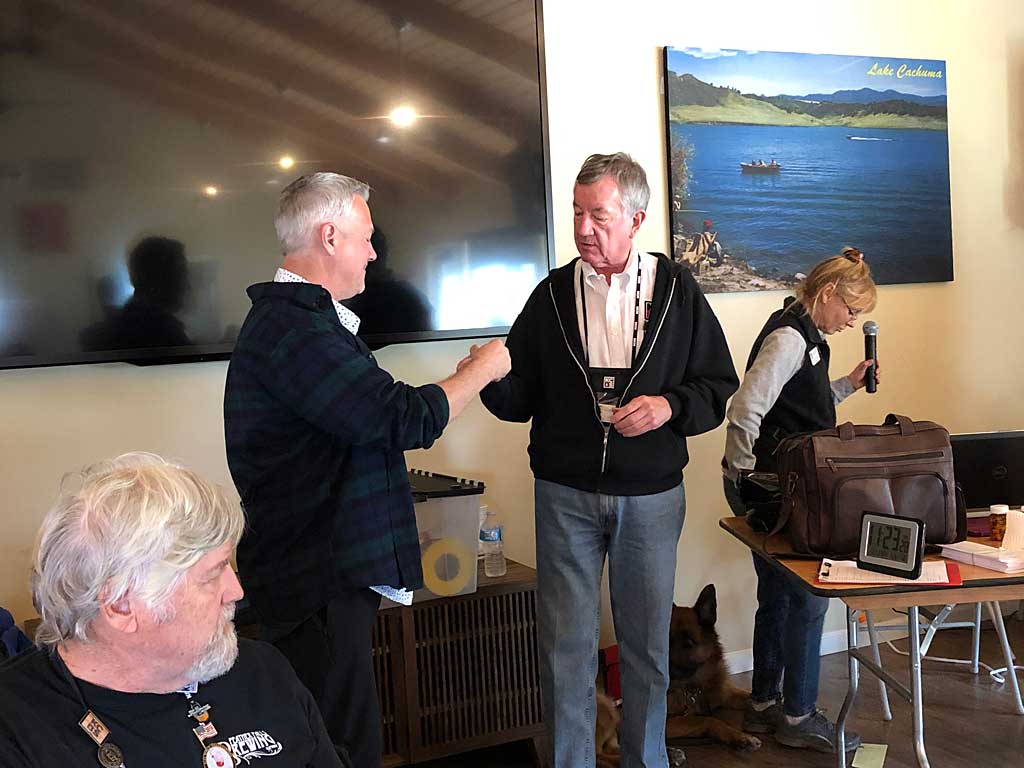 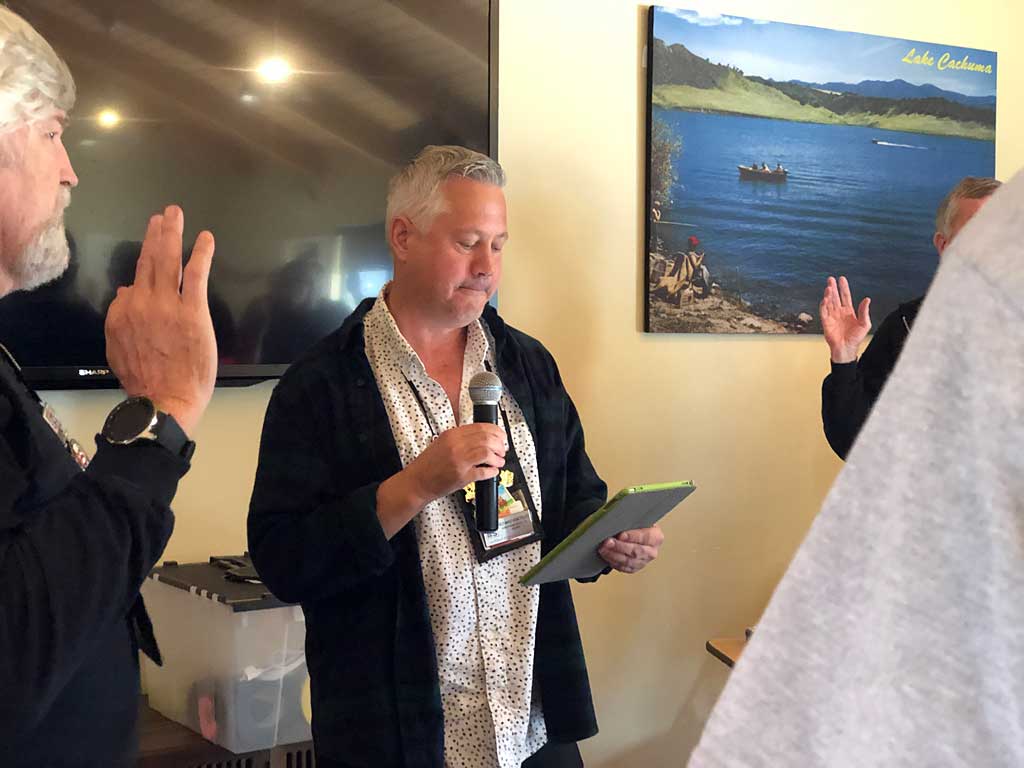 Rick leads the judges in the KCBS Oath. 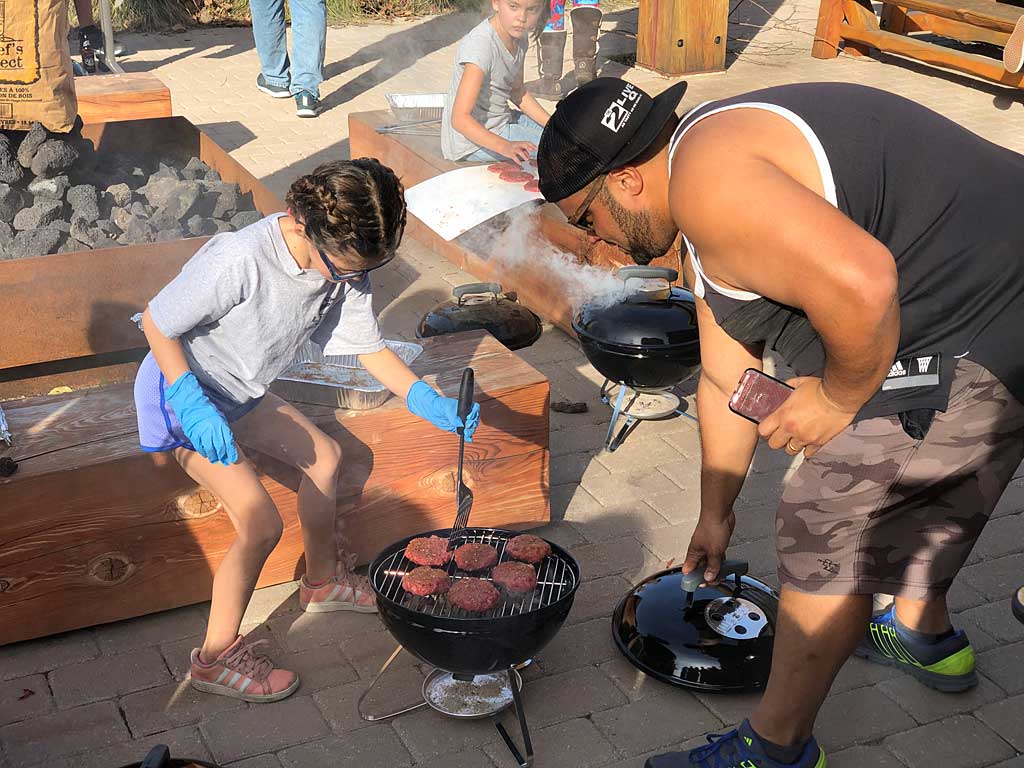 The kids get their 'que on. 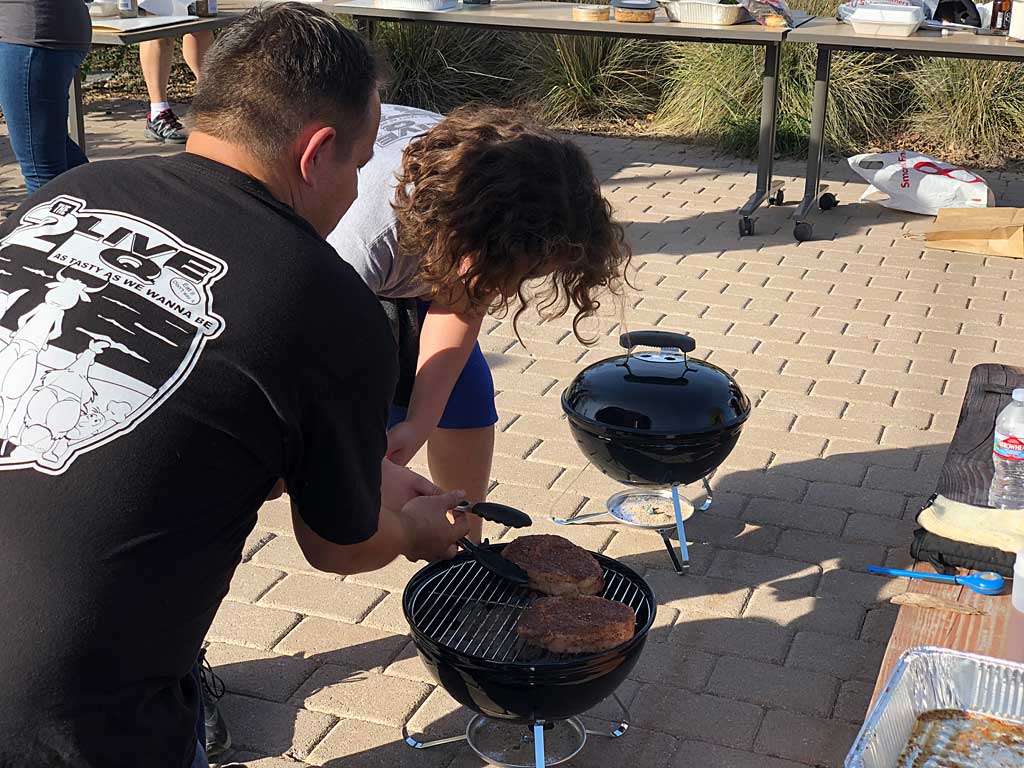 Time to flip that ribeye. 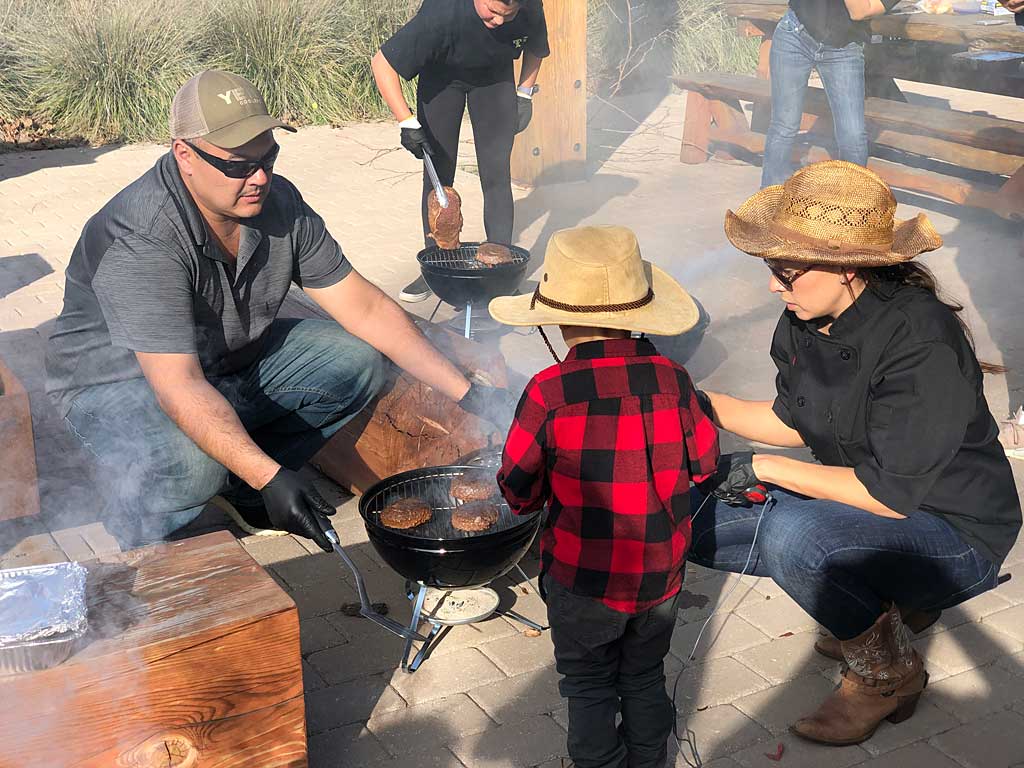 This pint-sized guy was the eventual winner of the burger category! 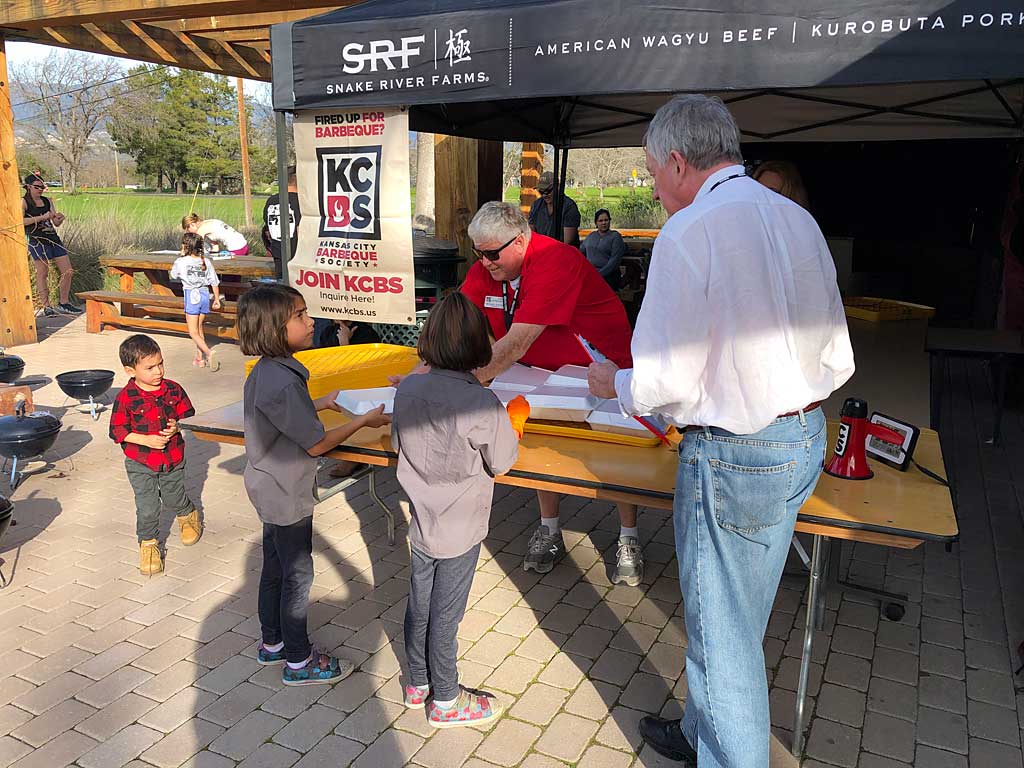 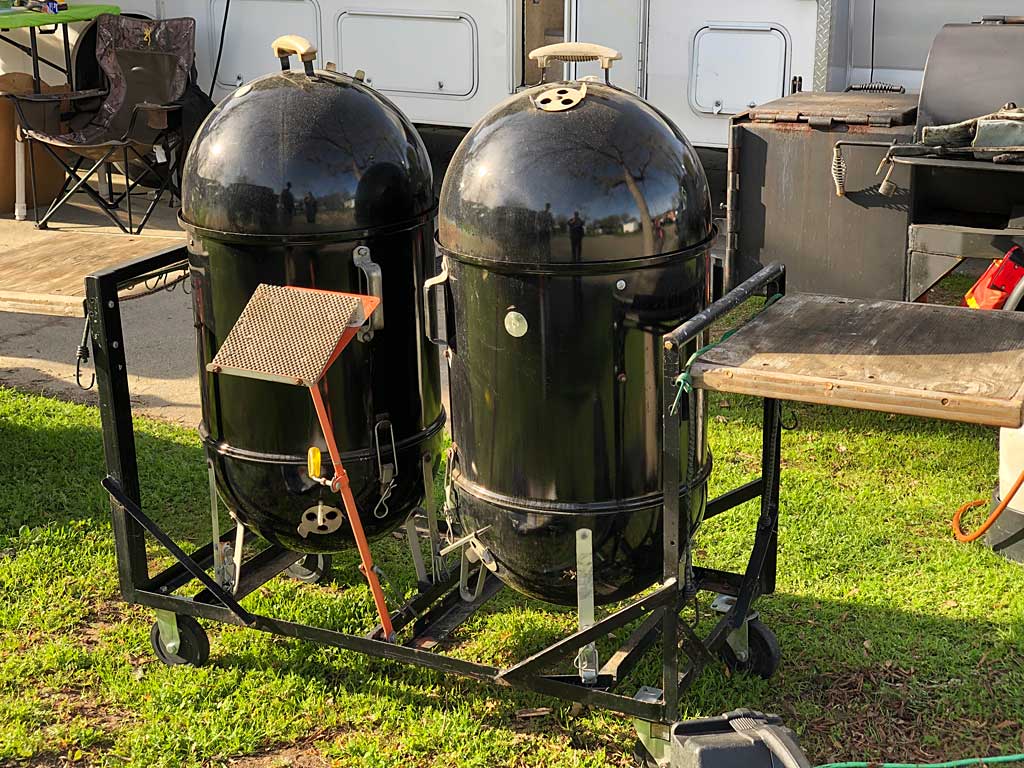 Took a walk around the team area after judging. This neat cart is the handiwork of Tropical Heat BBQ Team. It's partially made from a bed frame. Ingenious! 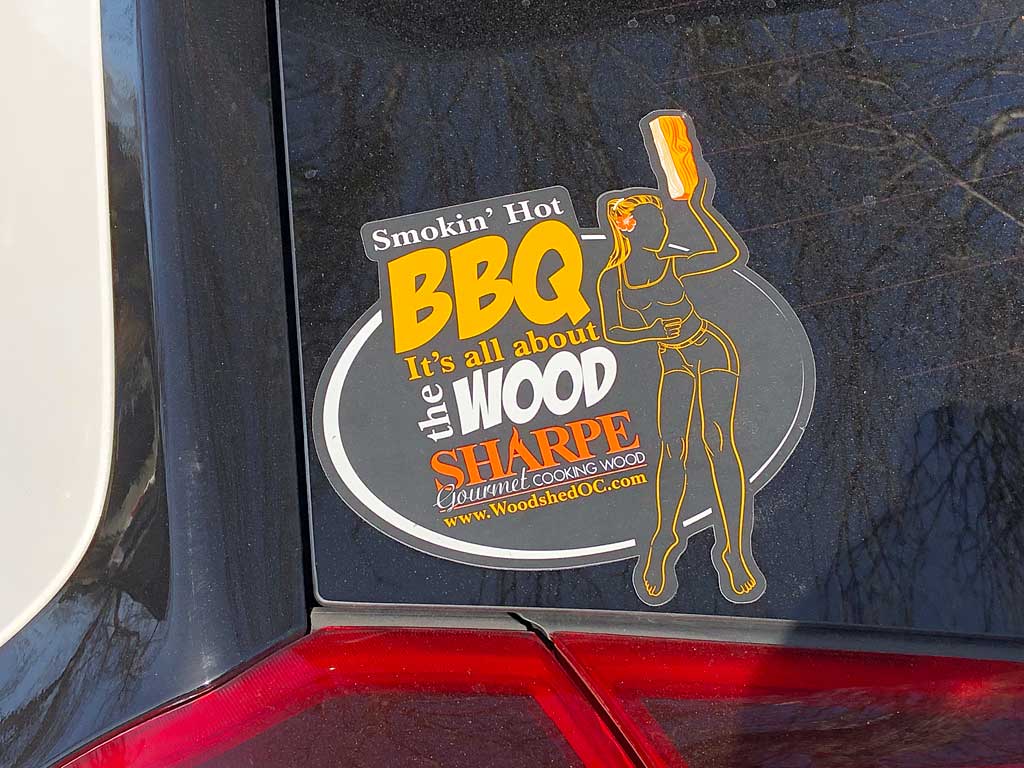 Sharpe Gourmet Cooking Wood was gettin' fired up at The Golden State Battle. They turned in a beautiful dessert entry...no photos allowed! 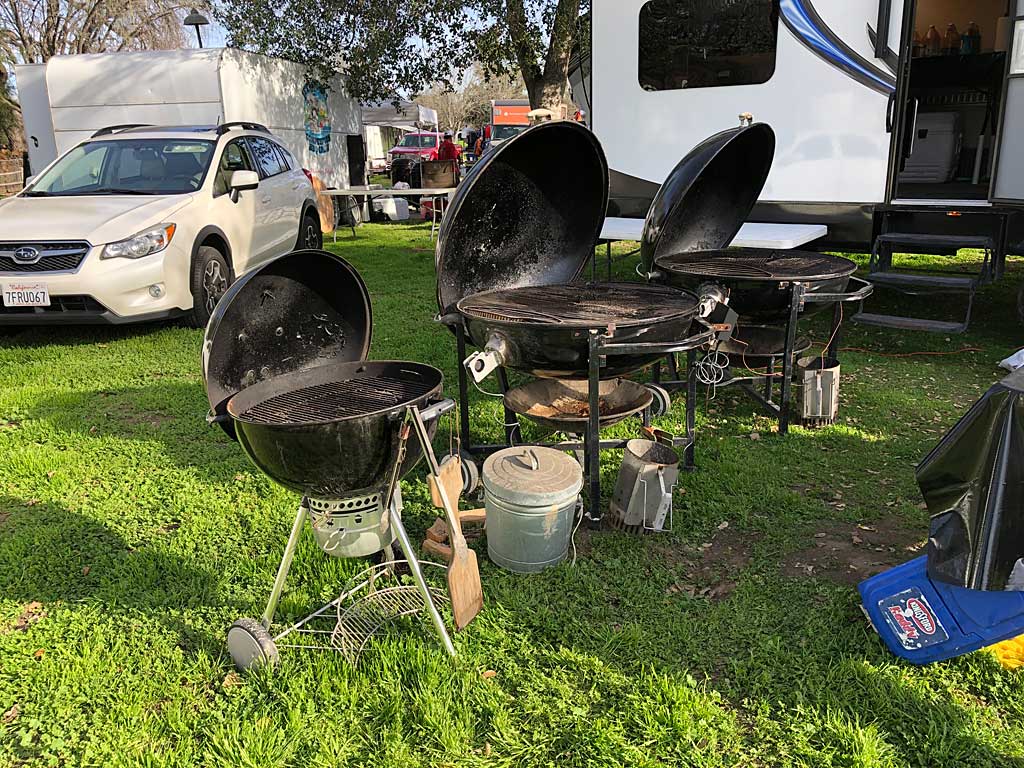 I had to stop and say hello to the guy competing with two blower-controlled Weber Ranch kettles--a first for me! 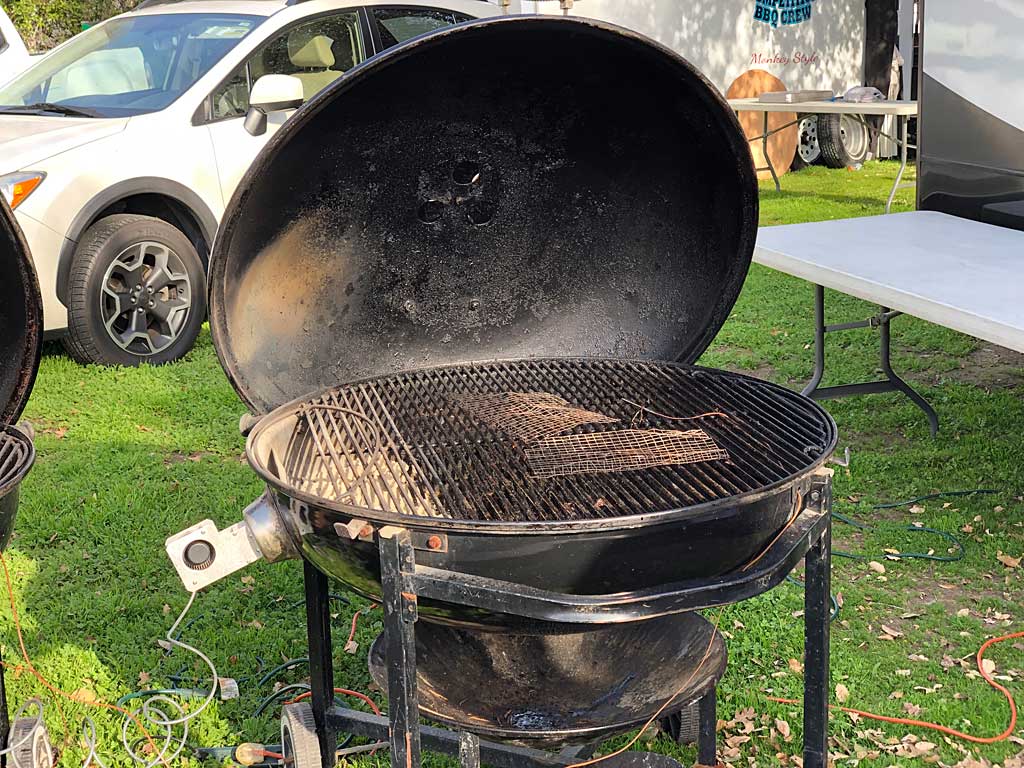 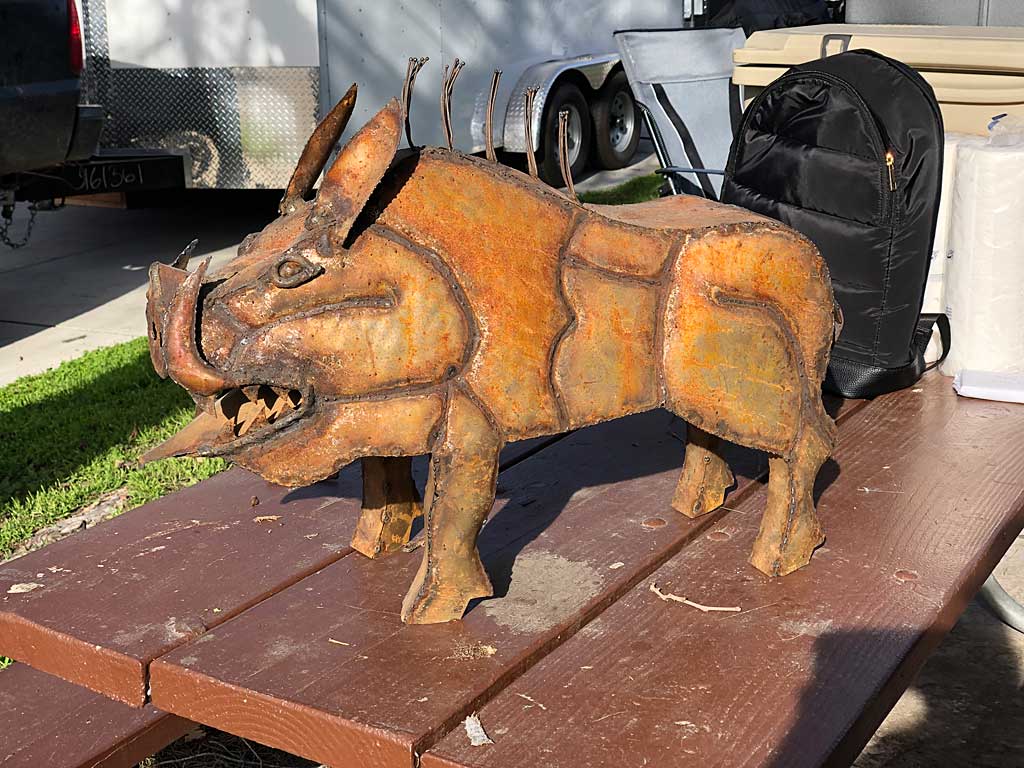 This guy provided an artistic touch to one team's space. Tetanus shot is a must before handling. 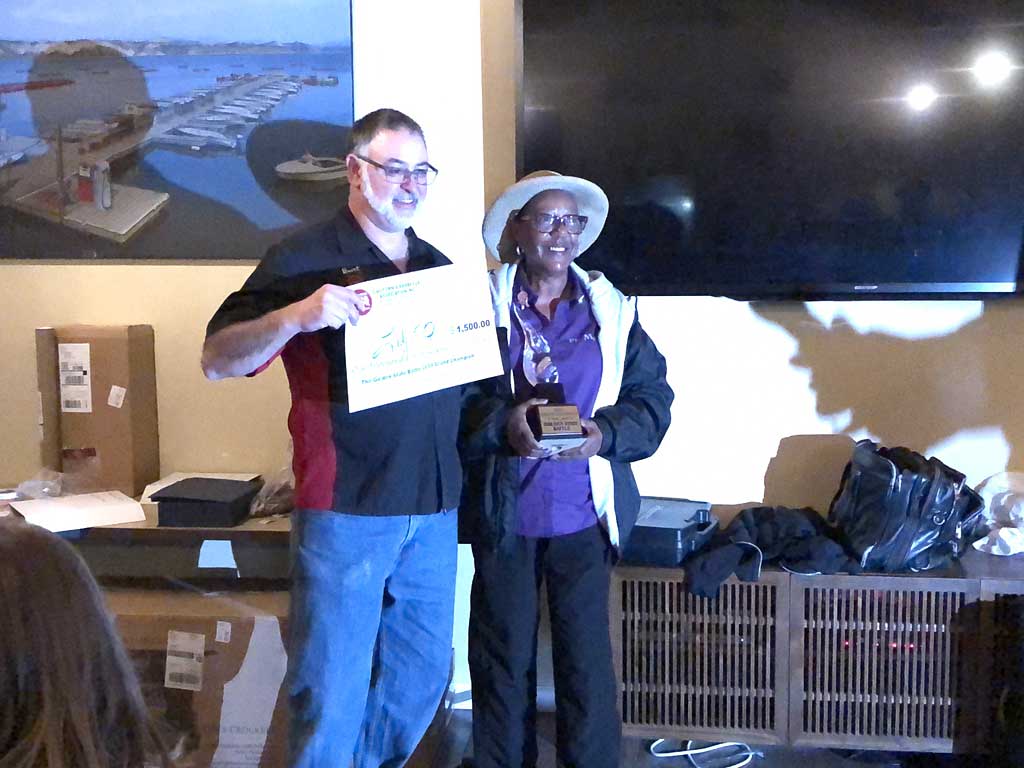 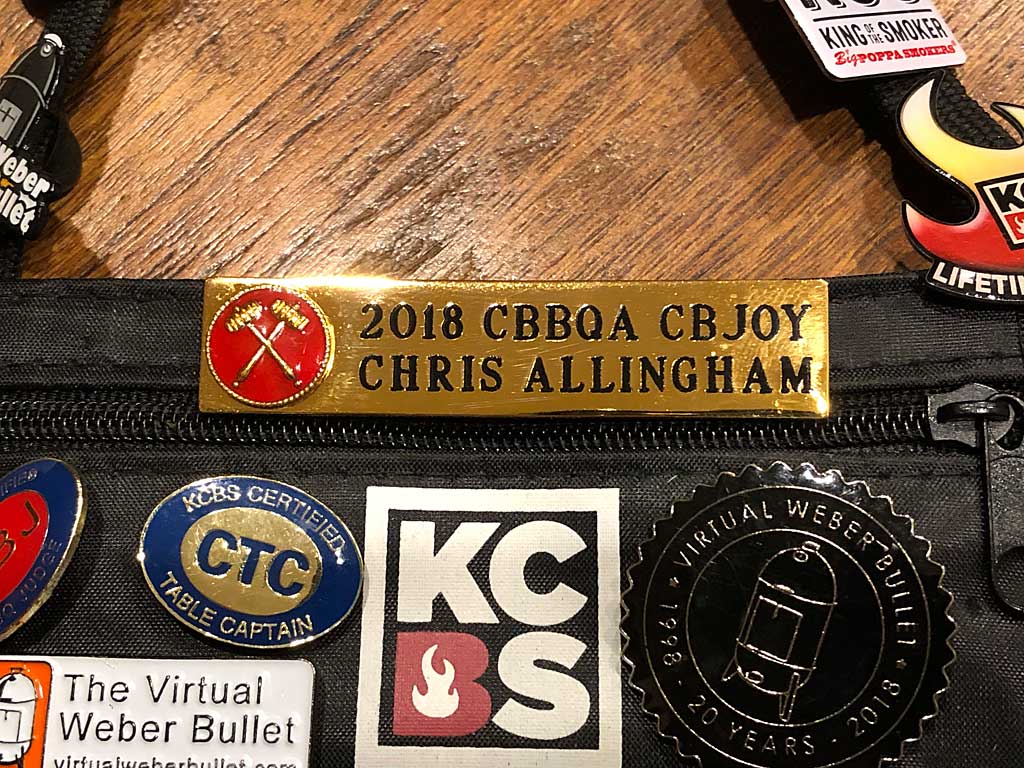 I am greatly honored!

Thanks for the report and pictures Chris.

Thanks for posting your report. Looked like an Excellent event.

Congrats Chris, I always enjoy the pics of these events, especially the smokers. Really interesting to see the variety.

Next time we're together, and a camera crew is by us, I'll have to ensure they ask you about the time you were named CBJoY

Congratulations Chris on being the 2018 CBJoY. Thank you for your continued support of so many good causes across the state and for being a wonderful ambassador of barbeque.

Scott Shimano said:
Next time we're together, and a camera crew is by us, I'll have to ensure they ask you about the time you were named CBJoY
Click to expand...

You're too funny. I never did see that video footage of us explaining how we judged that meat entry at Smokin' in Mesquite in 2016. I'm sure my part of the interview landed on the cutting room floor.


Donna Fong said:
Congratulations Chris on being the 2018 CBJoY. Thank you for your continued support of so many good causes across the state and for being a wonderful ambassador of barbeque.
Click to expand...

Thanks so much, Donna. Your kind words mean a lot to me!

Chris Allingham said:
You're too funny. I never did see that video footage of us explaining how we judged that meat entry at Smokin' in Mesquite in 2016. I'm sure my part of the interview landed on the cutting room floor.
Click to expand... 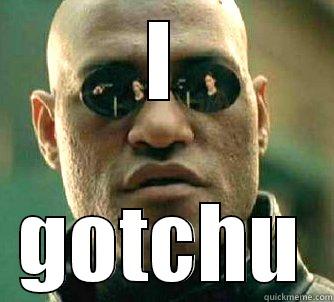 Thanks for sharing Chris, and congrats to the best Ambassador of BBQ that I know.