Pedal to the metal: Still having fun with "The Judge" my crazy Sunbeam grill

Pedal to the metal: Still having fun with "The Judge" my crazy Sunbeam grill

Took The Judge out for a spin tonight starting with the pedal to the metal! 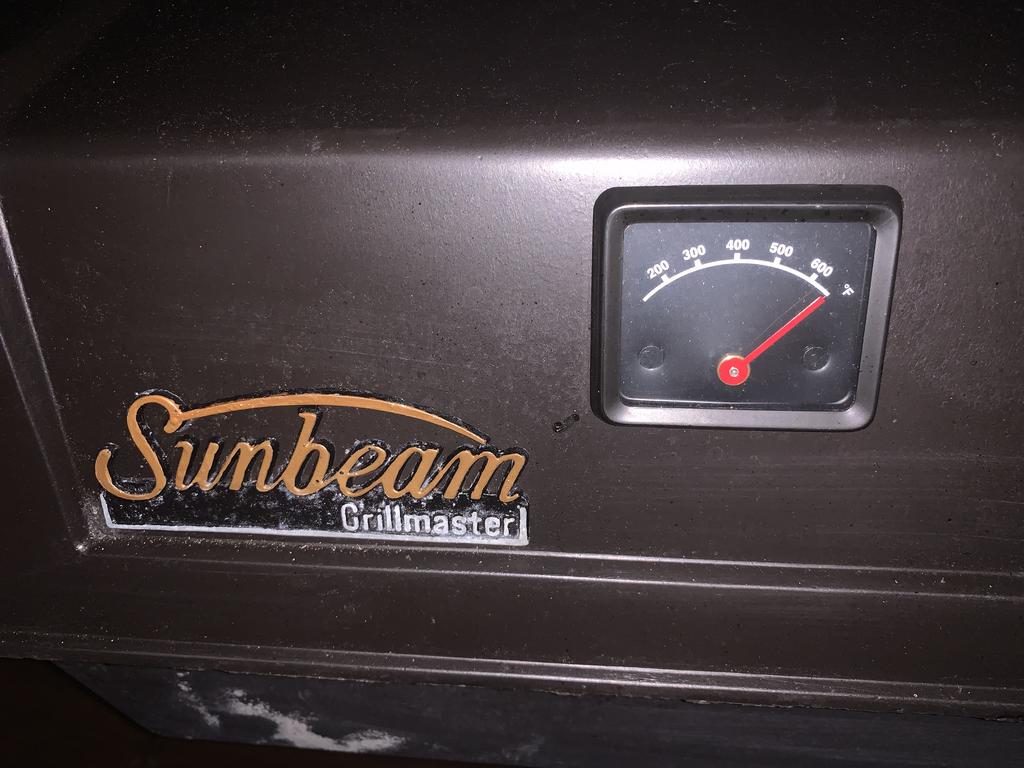 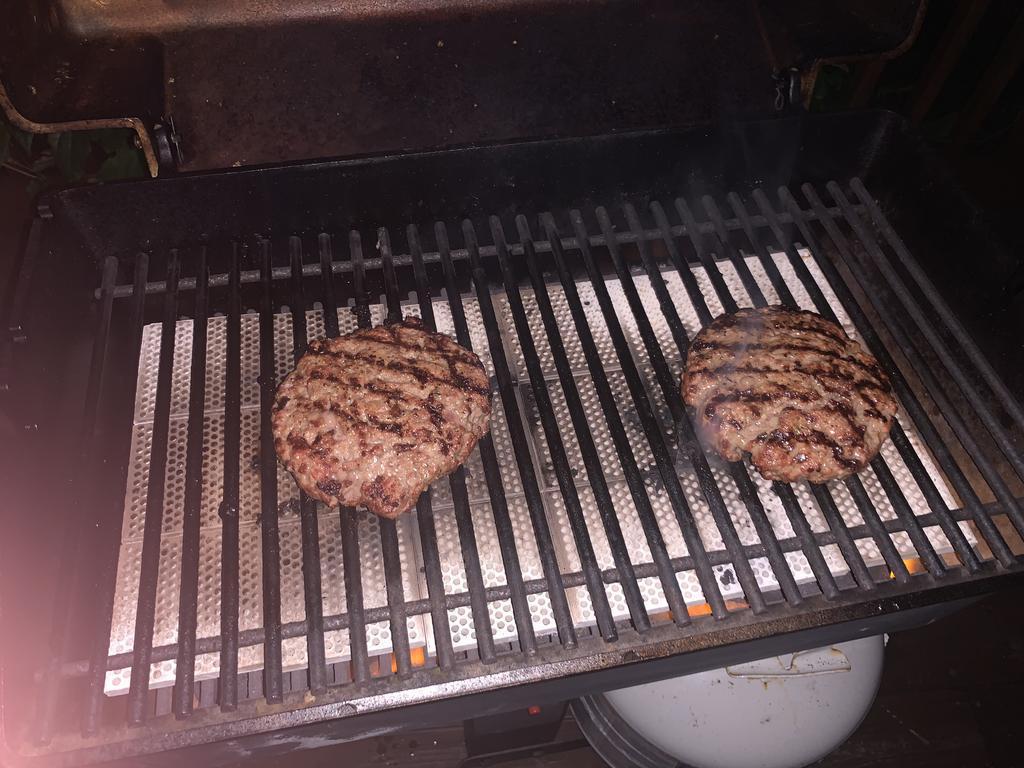 Some of you regulars may remember this hair-brained idea of mine. For those of you who are newer, I picked up an antique little Sunbeam grill for $8. Had fun cleaning it up, but then I souped it up by replacing the burner with a leftover Broilmaster one that I barely could wedge in to the small firebox. With sage advice from our gas expert, Larry, I opened up the orifices to Broilmaster size. Now I have a paint-pealing screamer that has to be driven with care just like its namesake Pontiac. 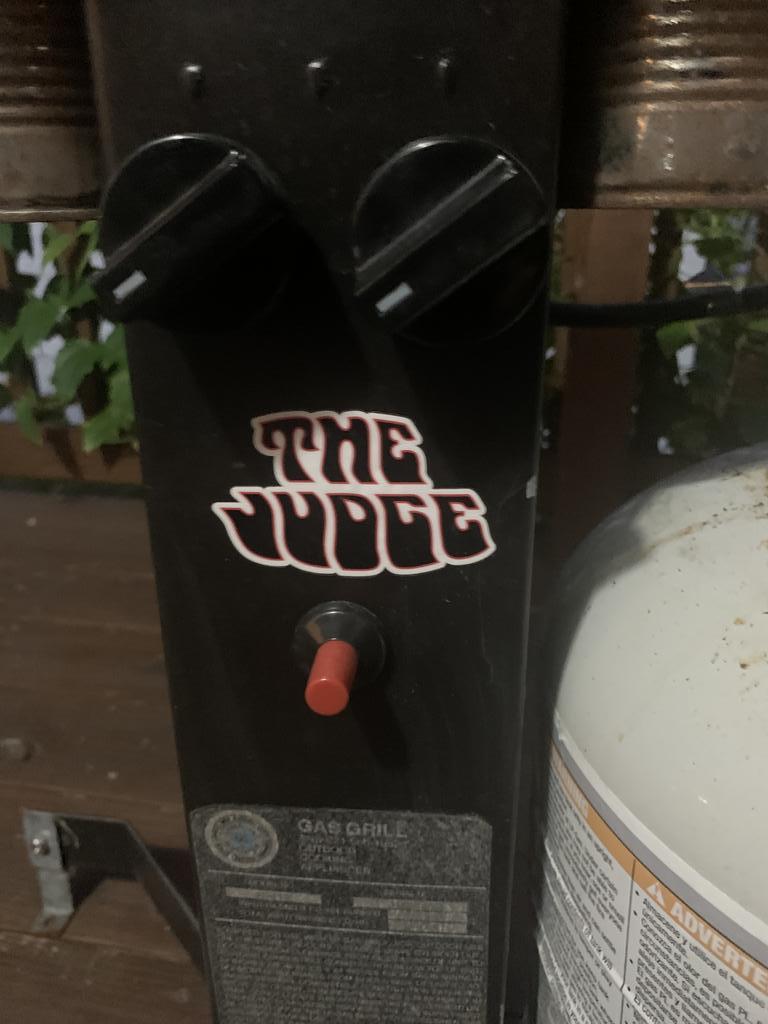 Glad to see The Judge is still cooking

but I have a suspicion is already there

Maybe "The Judge" Isn't As Crazy As It First Seems

I admit that when I cooked up the crazy idea to buy an $8 very old Sunbeam grill and actually restore it, those of you who know me were certainly amused even if not surprised that I would try.

After I crammed the Broilmaster burner in there and opened up the orifices, I agreed with you all's sage advice to not even think of trying to sell it. Actually, it would have been interesting to see if ANYONE ELSE would want something like it. So, I stuck that "THE JUDGE" sticker on it, and it has a permanent home on my deck where its diminutive size allows it to be tucked practically out of sight when not being used.

I have to say, though, that this crazy little grill may not be entirely crazy. Unsafe? Maybe. It easily burned of high heat paint on the lower firebox where the large Broilmaster burner tube practically touches the wall. So, left wide open too long it is probably not inconceivable that it would start melting the aluminum. Thus, like a real muscle car, it needs to be driven with awareness. Most of the time I only operate at half power such as tonight when I had a hankering for some hot dogs.

When I was warming it up in the dark, I was impressed when I took note of what incredibly thorough and even coverage that crammed in Broilmaster burner provides in this tiny grill. So, maybe it is NOT altogether crazy: 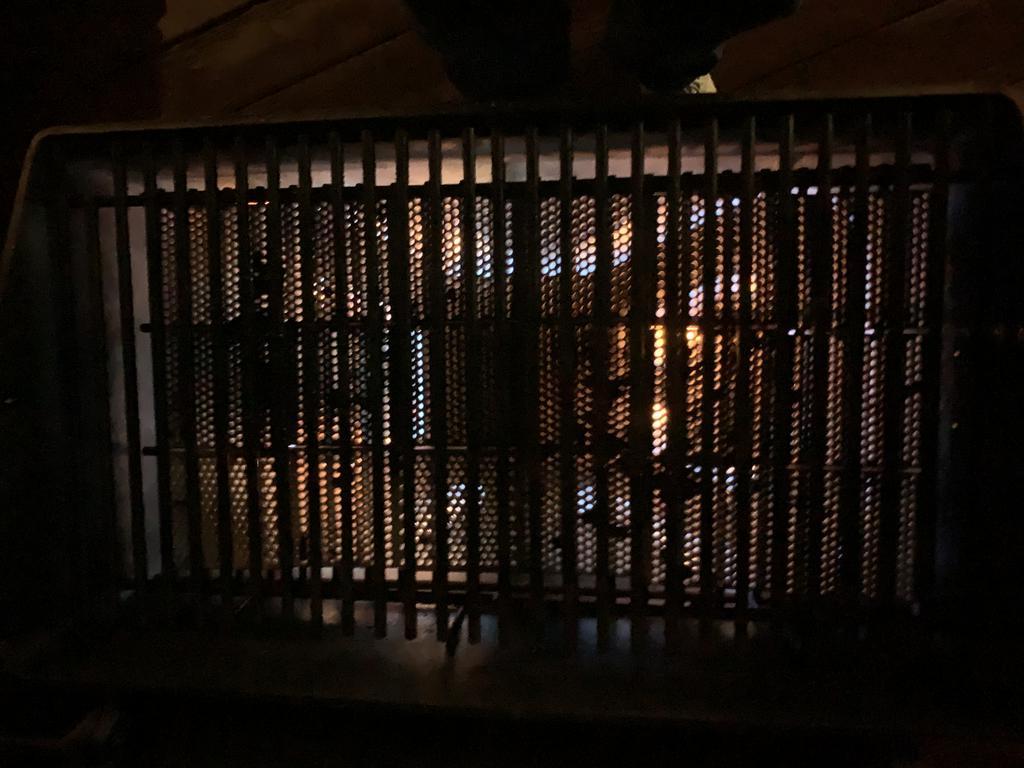 I plan to try and repaint the bottom with 2000 degree paint and replace the cut down Genesis stainless grates with two short Summit thick stainless grates I have leftover. The igniter stopped working. Maybe too hot or something simple like a loose wire. I hope to fix that too and keep on having fun with this oddity.
Last edited: Feb 1, 2020

Reminds me of my friends Mazda Monster, 302 Ford bored and stroked to 365 CI 400hp at the rear wheels in a Mazda Miata. Really scary!