My plans went all wonky this weekend with the impending storm and friends being in town, so my cook got put off until Monday. When I've done ribs, I've always done baby backs, I have seen a bunch of y'all do spares and have wanted to do them ever since. Picked up a cryovac bag of spares weighing in at 9 lbs. I'm not sure why, but for some reason, my stupid brain had it set that there was only one slab in there. I should've known better considering the weight, but was surprised when I opened the bag and there were two in there. Whoops.

Thanks to the great prep video Chris has, I prepped the spares in short fashion and got them seasoned up and ready for the smoker. 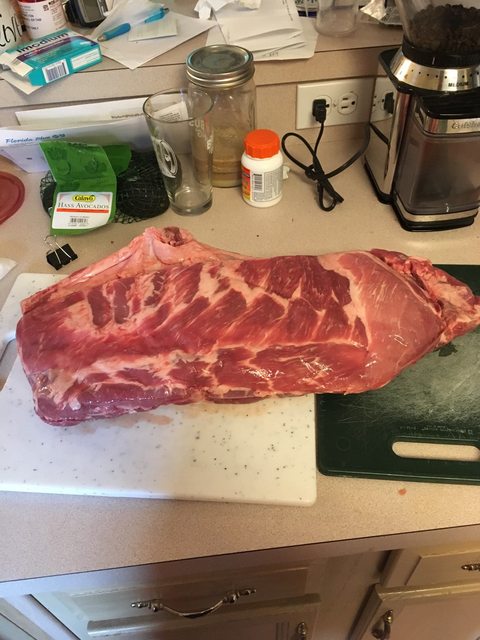 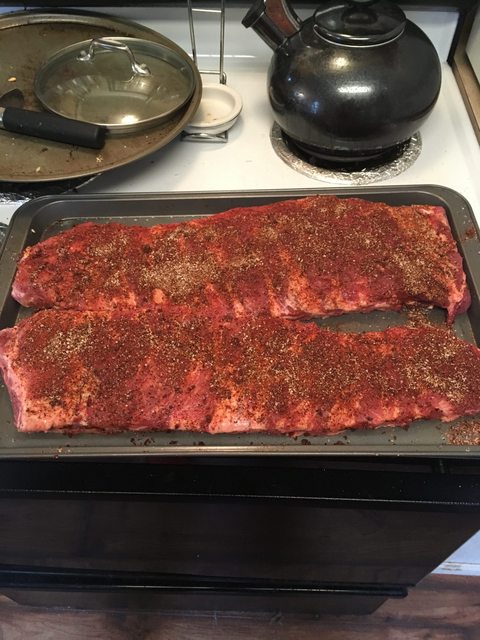 I used my own rub, but otherwise followed the 3-2-1 instructions. Used one hunk of cherry and a couple of hunks of apple. On the smoker: 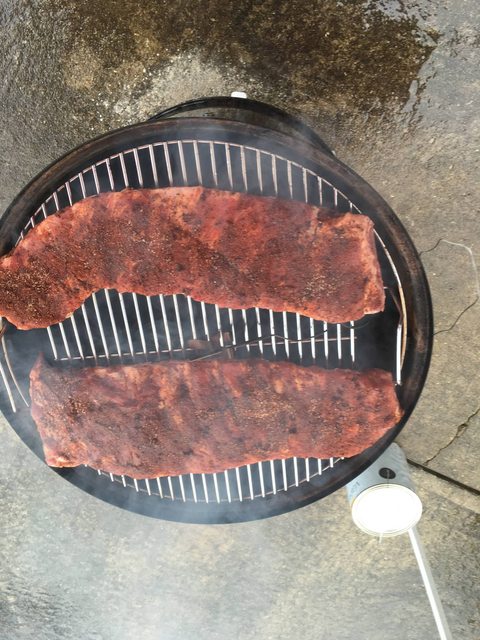 Monday's weather called for rain on and off all day, so I got to use the tailgate tent that my wife said to get for our anniversary (frankly, I think she just wants me cooking more often). Here's the set up: 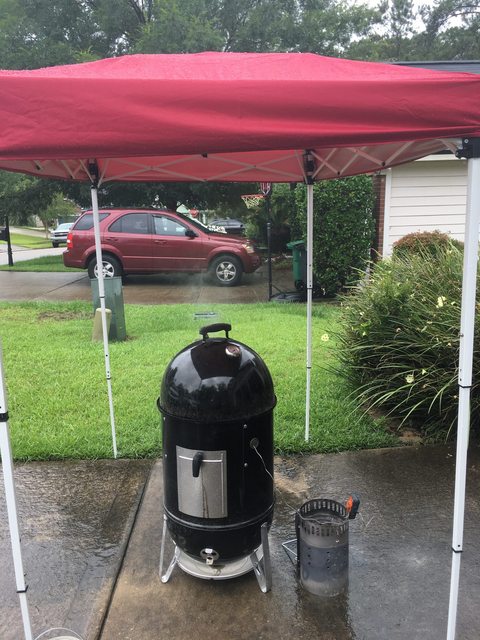 After about 3 hours, I drizzled honey from my friend's honey bees and some apple juice and foiled them up. 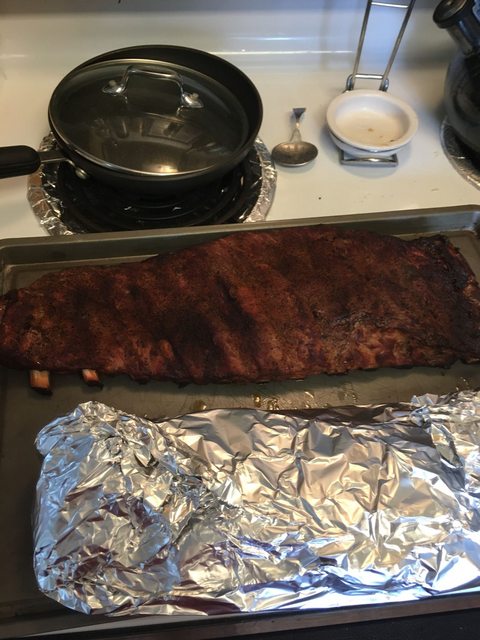 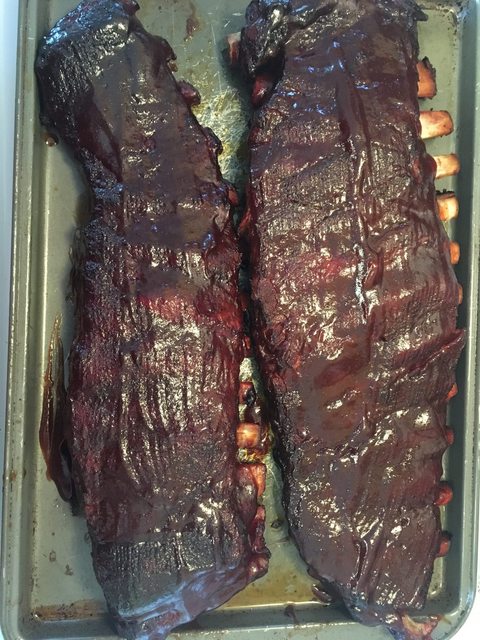 We've become friends with the owner and staff at one of the local breweries. Our friend had to work the taps on Monday, and he and the misses got talking about using their latest stout (12.3%!!!) in some baked treats. So, while I was finishing up, the misses made Chocolate Stout Whoopie Pies. There's beer in the cake and in the fluff. They were phenomal: 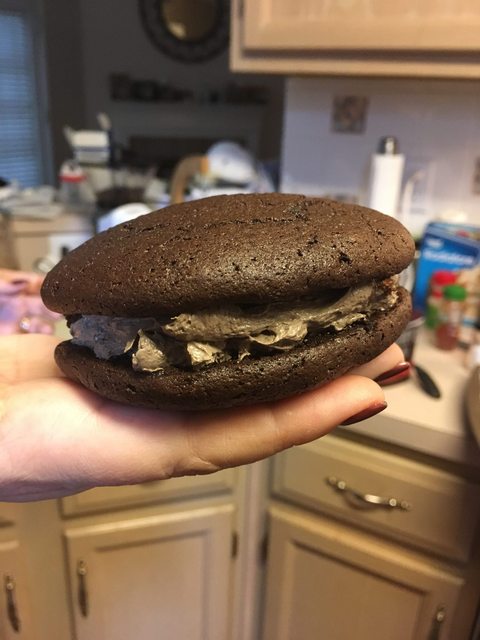 I sliced up the ribs and we took them, the Whoopie Pies, and some sides to the brewery for the fellas to enjoy. I wasn't planning on bringing ribs, but since I discovered that we had two slabs, I thought that was a nice addition and would lay the foundation for their chocolately treat. There are some tweaks that I'll make for next time, but these were good. Here were the final sliced pics: 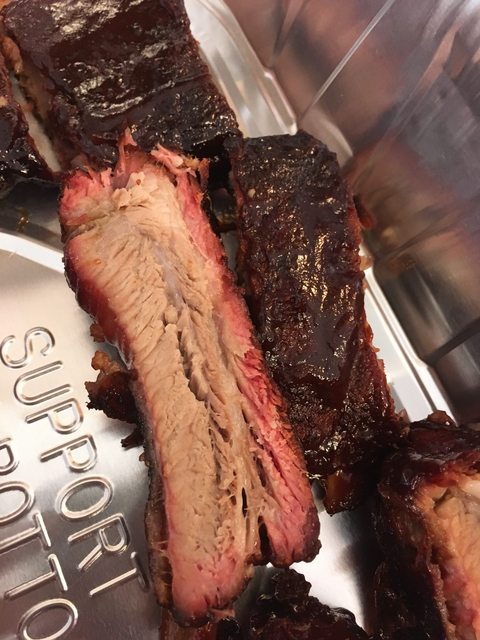 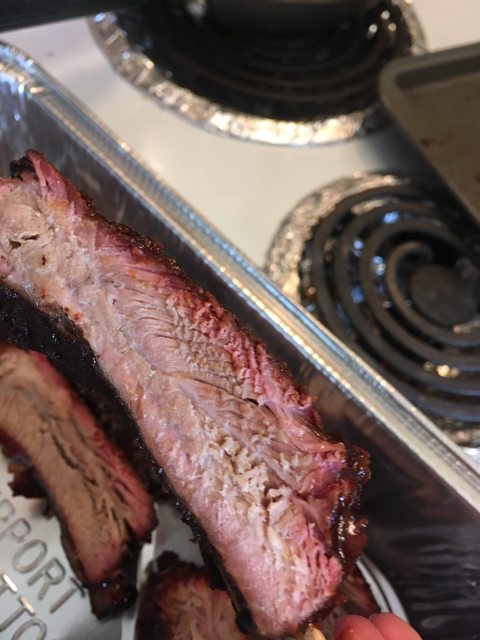 And thus, my first Smoke Day is in the books! Thanks for looking...hope y'all had a great weekend!
J

I always cook more than I plan for Smoke Day myself. Leftovers for weeks is part of the fun.

Whoopie Pies look fantastic, and your nails are lovely.

I always cook more than I plan for Smoke Day myself. Leftovers for weeks is part of the fun.

Whoopie Pies look fantastic, and your nails are lovely.

Hahahaha!! They were just done on Saturday!!!

Those ribs look great Dan and your nails are truly gorgeous I haven't done spares in a couple of years as we like Costco's BBs so much. Maybe time to do a few racks of spares. The Whoopie looks great too.