Chicken Wings with a Garlicky Glaze

WEBER-Only made this recipe once but it was a real tasty dish, but I thought it could have used more garlic. but that is me. lol DH bought me this cookbook for my birthday over 10 years ago and we have made quite a lot of real good food from it. I guess we all need a reminder once in a while just how much enjoyment Weber has contributed to us in our lives.

Chicken Wings with a Garlicky Glaze

To make the marinade: In a blender or food processor, combine the marinade ingredients and process until smooth.

Place the wings in a large, resealable plastic bag and pour in the marinade. Press the air out of the bag and seal tightly. Turn the bag to distribute the marinade, place in a bowl, and refrigerate for 4 to 6 hours, turning the bag occasionally.

Remove the wings from the bag and discard the marinade. Grill over Direct Medium heat, skin side down first, until the meat is no longer pink at the bone, 16 to 18 minutes, turning occasionally. Serve warm. Makes 4 to 6 servings

Looks good BUT 10 wings for 4-6 servings? Seems like a mighty light snack to me --unless it's meant to be a beer accompaniment

Len Dennis said:
Looks good BUT 10 wings for 4-6 servings? Seems like a mighty light snack to me --unless it's meant to be a beer accompaniment

then maybe in the "Appetizer" sub-forum?
Click to expand...

Don't know, have to ask Jamie on his next visit. But it's enough for DH and me. lol

I want to try this because it has the word "glaze".

Len Dennis said:
Looks good BUT 10 wings for 4-6 servings? Seems like a mighty light snack to me --unless it's meant to be a beer accompaniment

then maybe in the "Appetizer" sub-forum?
Click to expand...

Don't most people cut the wings in half? 20 pieces should make a nice appetizer for 4, but I posted it in the poultry section to keep all my chicken recipes together. Sorry for the mix-up.

I have Hot Sesame Oil, and Toasted Sesame Oil. Which is best?
J

Why is it called a garlicky glaze, when the garlic is mixed in with the marinade?

When I think of a glaze, I think of something that goes on top of the item at the end, and is a little bit sticky.

With this, the garlic just appears to be part of the liquid marinade.

Also, with regards to the wing tips, I bought the Tyson frozen chicken wings pack. Is that ok? 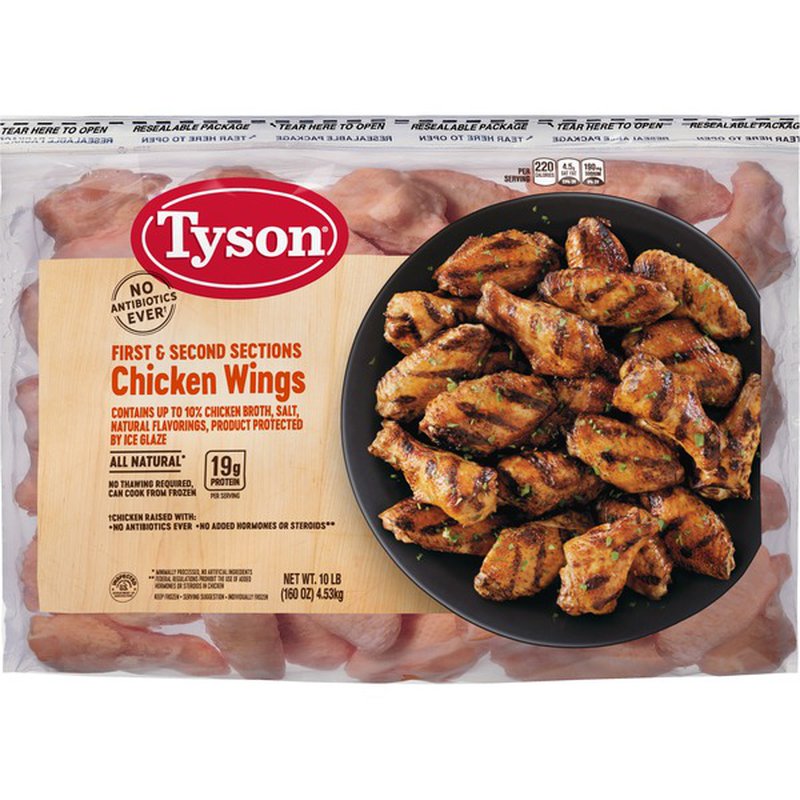 Arun, when I post a recipe, if I know the source, I post it also. I'm sorry I don't always know the answer to your questions. Hopefully someone else will.

That's fine, thanks for contributing. You've been helpful.

The Tyson wing sections will work fine. I usually buy my wings as grocery store packs and they don't always have the tips, and if they do I don't bother removing them.

After the wings have marinated, drain the marinade into a saucepan and boil for 5 minutes to sterilize and thicken it. If it looks like it's getting too thick add a little water, stock, beer, etc. to thin it out, but in the end you can use it as the glaze.
J

I had already started cooking before @Brad Olson made his post about how to use it as a glaze. Maybe I'll try it next time.

I made this a few weeks ago.

As a preface, I like Wingstop, including their lemon pepper.

However, eating Wingstop always gives me a heavy feeling afterward.

This marinade, had more of a lemony flavor, probably from the lemon zest. I didn't taste much garlic. I really liked the marinade. Better than Wingstop, and no heavy feeling afterward.

I made this on the Weber Smokey Mountain. I tried the technique to sear it by putting it right above the charcoal grate at the end. However, several wings burned in under 2 minutes. I don't want to try this again. What I've done in the past when I wanted to sear, is to increase the set temperature on my Flame Boss, and that would kick in the fans to increase the temperature. That seems much easier to control, and doesn't have as much of the risk factor of burning.

I didn't taste any smoke until the 3rd day (I made 30 wings), and even then, only a little bit that day.

I think I need to just do what I did for the Smoked Whole Chicken from February 2019, in terms of positioning and number of pieces, because that's been the only time I've been happy with the smoke flavor when I've made something that intended to have smoke flavor.

I did make a mistake with one of the bottom vents being open. I was wondering why the pit temperature was so high, and it took me more than 10 minutes until I saw that vent had been open. That probably affected some of the flavor, as it was probably too hot for a while.

So I liked the marinade, great recipe. Wish I could have gotten some smoke flavor.

Sorry the last picture is blurry, I didn't know it would be until I checked just now.

Hi Arun, I am soo glad you liked this recipe. I really appreciate you making it. One of the very few that do make any of the recipes that I post. lol

Joan said:
Hi Arun, I am soo glad you liked this recipe. I really appreciate you making it. One of the very few that do make any of the recipes that I post. lol
Click to expand...

You've posted some great ideas, of things that I had never thought of.
J