Staff member
Barbecue judging took me to the Coachella Valley for the second time in three months, this time at the 2019 Smithfield Guinea Pig/Matt Dalton Memorial, my first time at this event. The Guinea Pig is a private contest organized by Sterling Ball and his crew at Big Poppa Smokers, sponsored by Smithfield, and held at Sterling's Ernie Ball factory in Coachella, CA. As a private event, the contest is not open to the public, there is no vending, no People's Choice award, and no distractions for the teams. Just 49 teams set up in the Ernie Ball parking lot cooking the four KCBS competition meats (chicken, pork ribs, pork, and brisket) plus an optional dessert category. There's also a Kid's Q contest and a potluck dinner for all the teams on Friday night.

Why is this contest called "the guinea pig"? Because when it was started by Sterling several years ago, it was a test to see if you could reduce the cost of competing, level the playing field to a certain extent, create a fun, family-friendly atmosphere for teams, and have less interference for the teams by making the event private.

We had 54 judges sampling meat from 49 teams, plus additional volunteers handling the turn-in box intake, number switching, dedicated table captain duties, and grazing table duties. The contest was administered by our very capable KCBS reps Kathleen and Kelly McIntosh and Rhonda and Michael Santiago. We were also joined by reps-in-training Brenda and Ken Black from Canada...nice people!

I stuck around for the awards ceremony at 5:00 pm to watch 2017 Barbecue Hall of Fame inductee and Joe's Kansas City Bar-B-Que owner Jeff Stehney of Slaughterhouse Five from Kansas City, KS take the Grand Champion check and plaque, and Curtis Trigueiro of Ridge Route Boys from Bakersfield, CA take Reserve Grand Champion. Congratulations to everyone that got a call!

We were not allowed to take photos inside the Ernie Ball factory where we judged the barbecue, but I was able to get a few shots of what was going on outside after the judging, as well as at the awards ceremony. Enjoy! 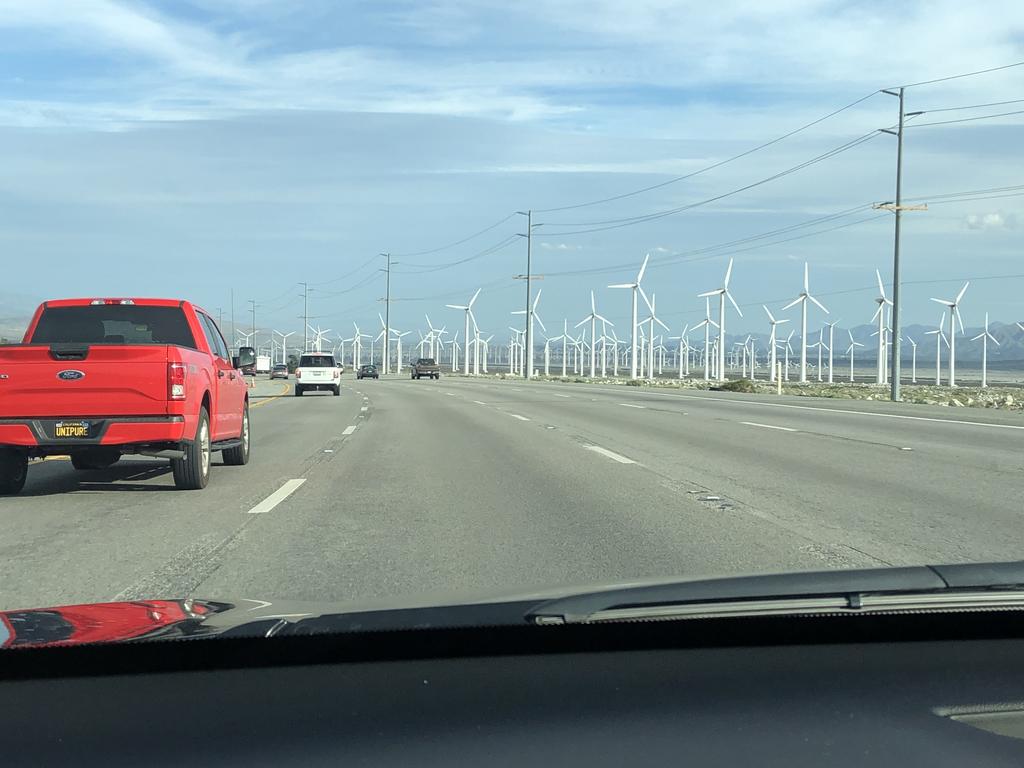 Driving east on I-10 through the Coachella Valley toward The Guinea Pig. Lots of wind, great location for wind turbines. 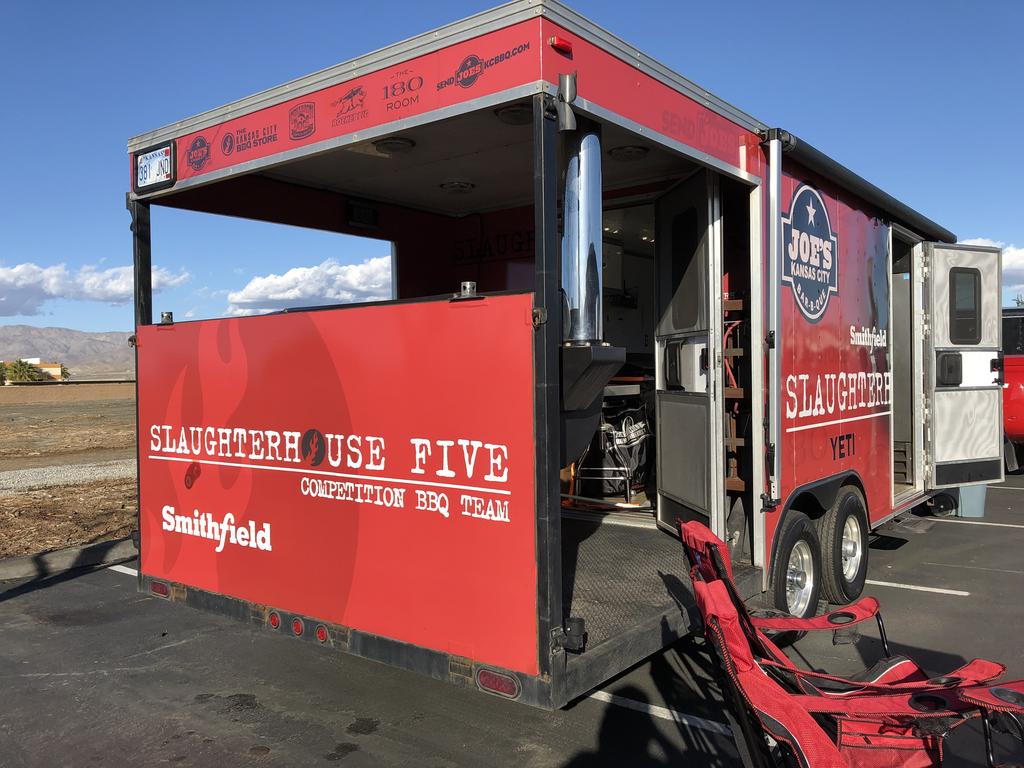 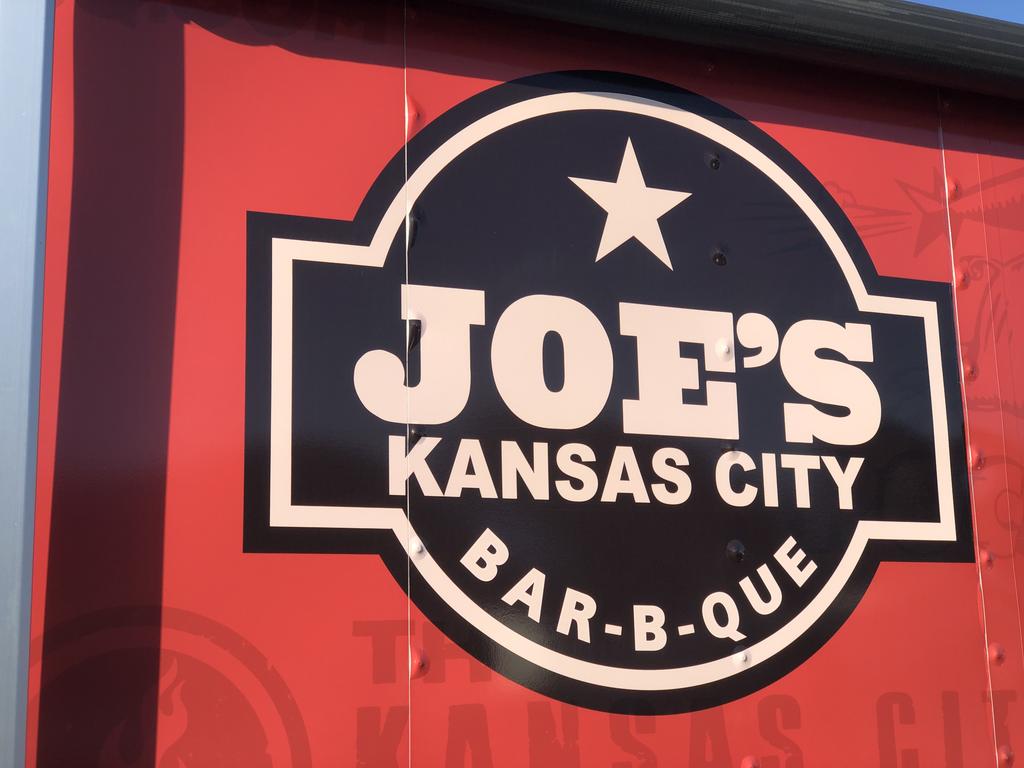 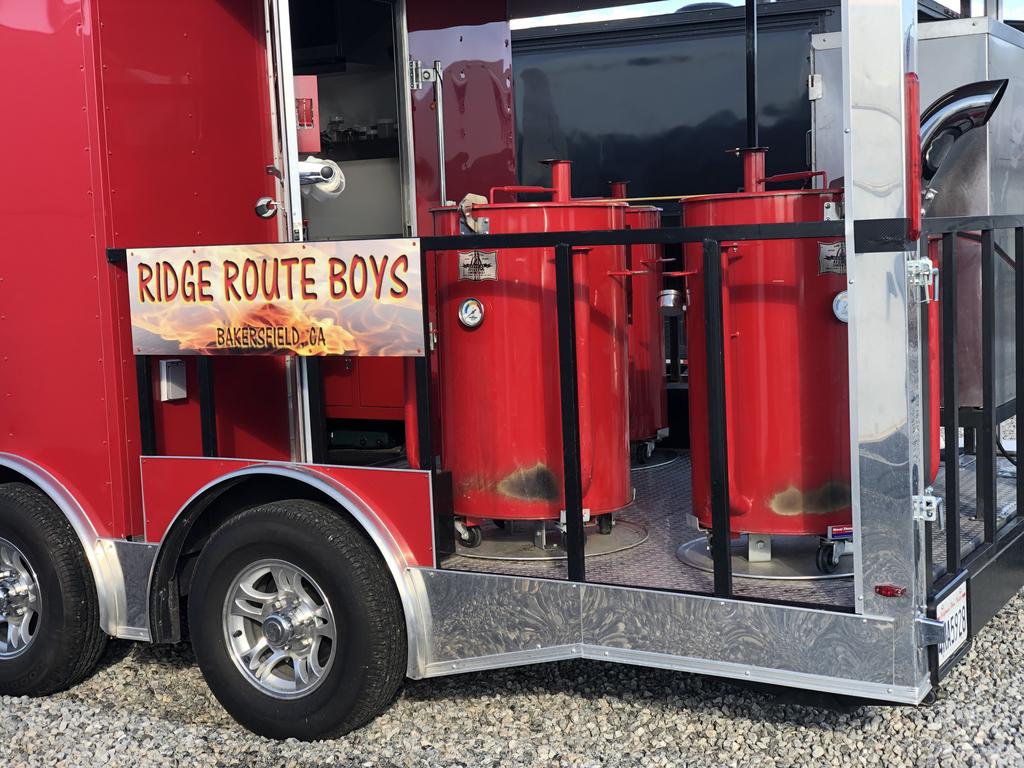 And your Reserve Grand Champion from Bakersfield, CA. 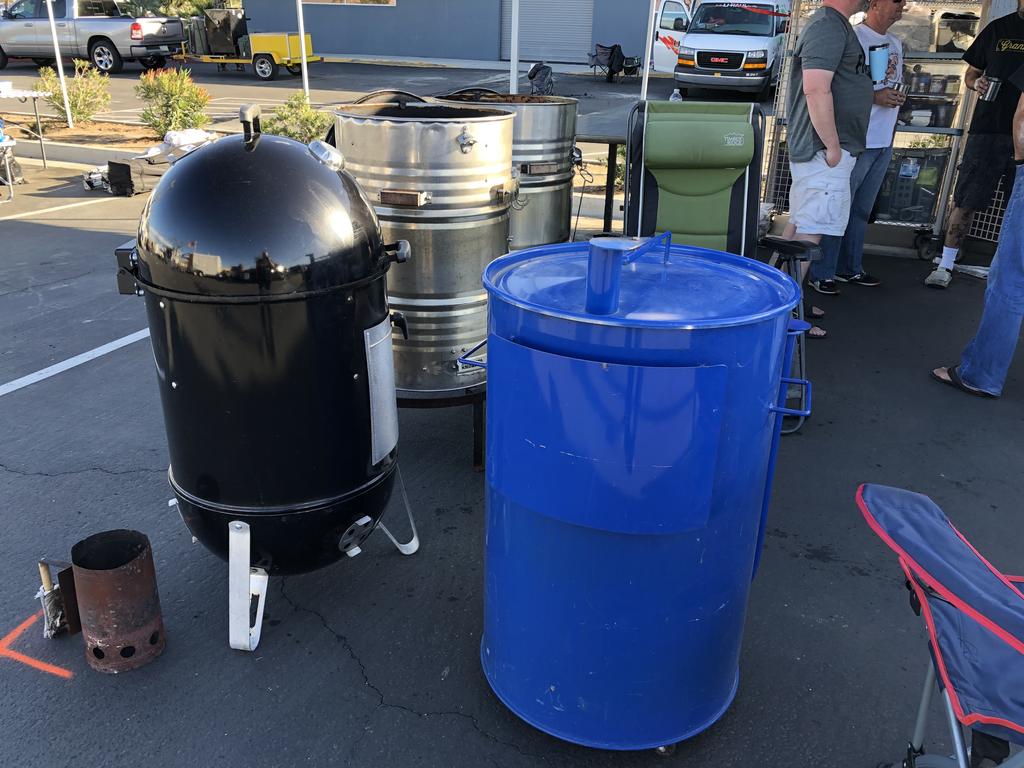 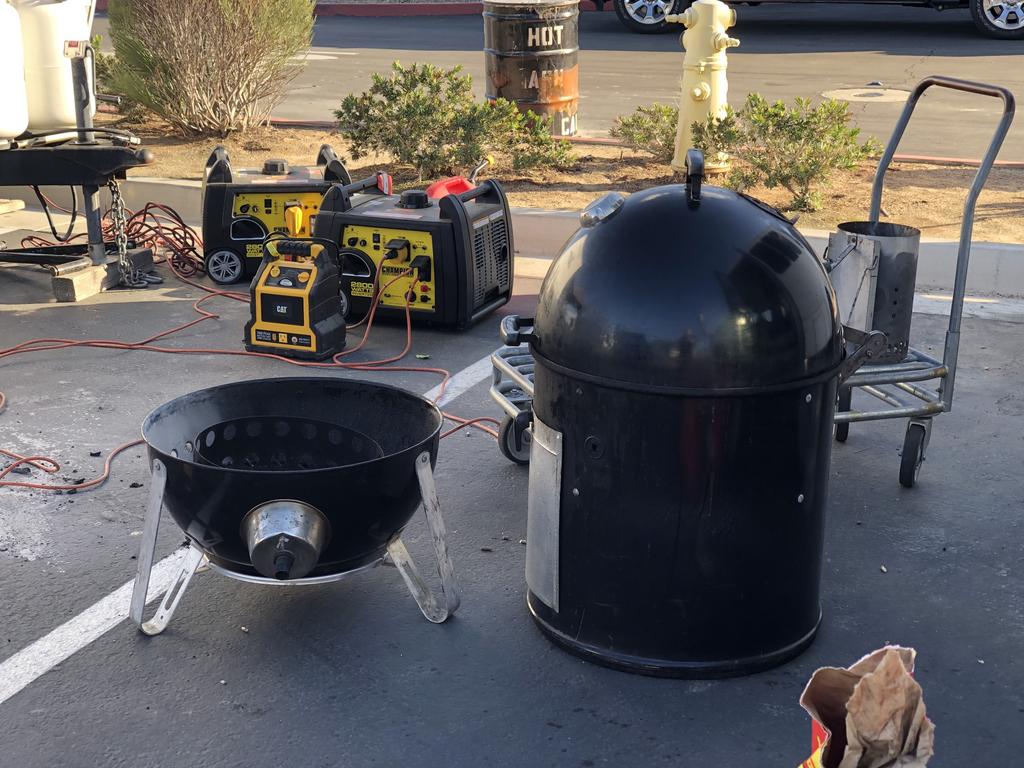 There are lots of them, you just have to look for them. 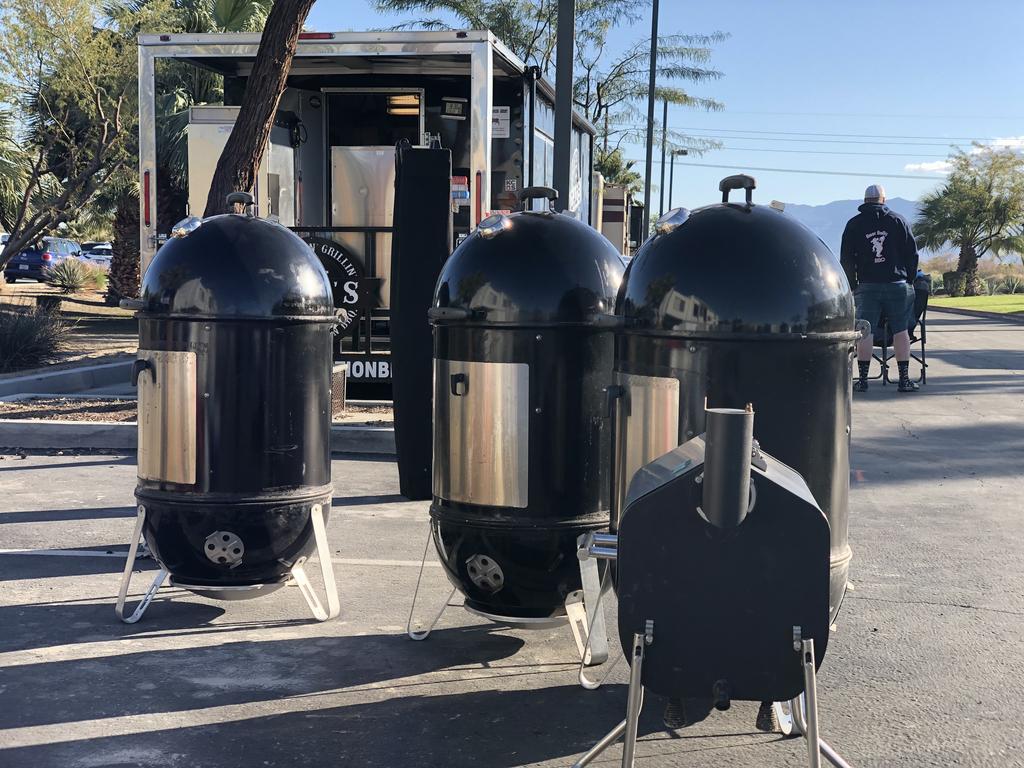 This trio of cookers belongs to Mike Brady of Smoke Hound BBQ from nearby Ontario, CA. Mike showed me how he uses aluminum foil HVAC adhesive tape to seal between the middle cooking section and charcoal bowl on his 22.5" WSMs. (The tape was removed before taking this photo.) A cheap and easy solution to air infiltration! 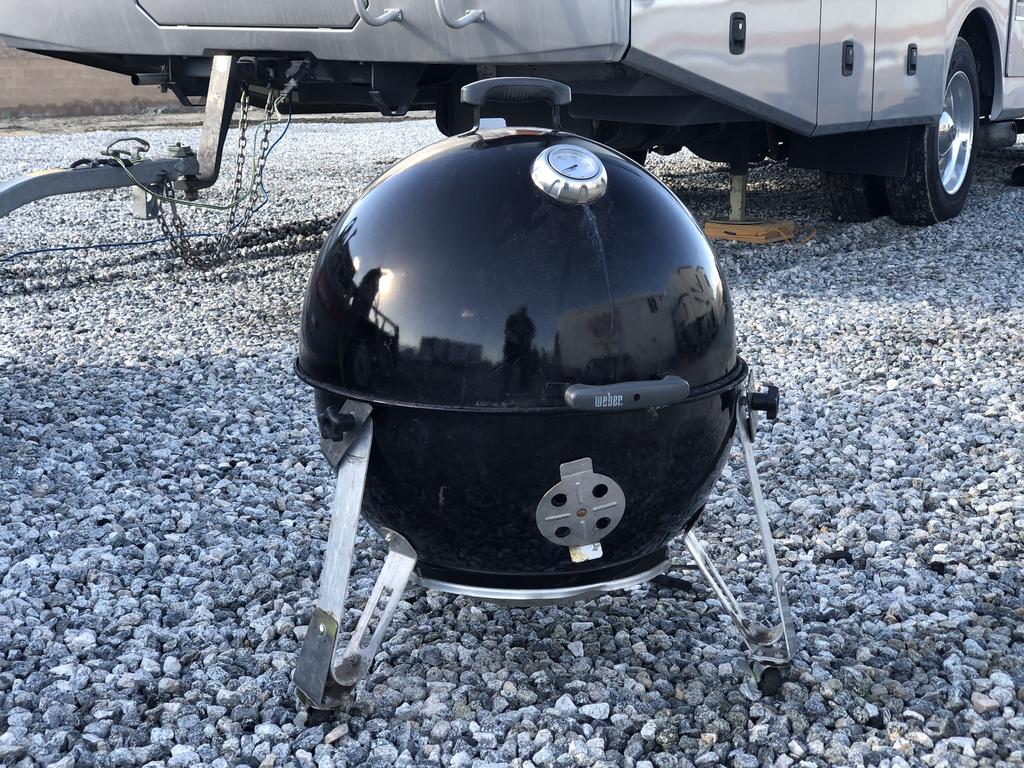 Bleep! Blorp! Take me to your leader! 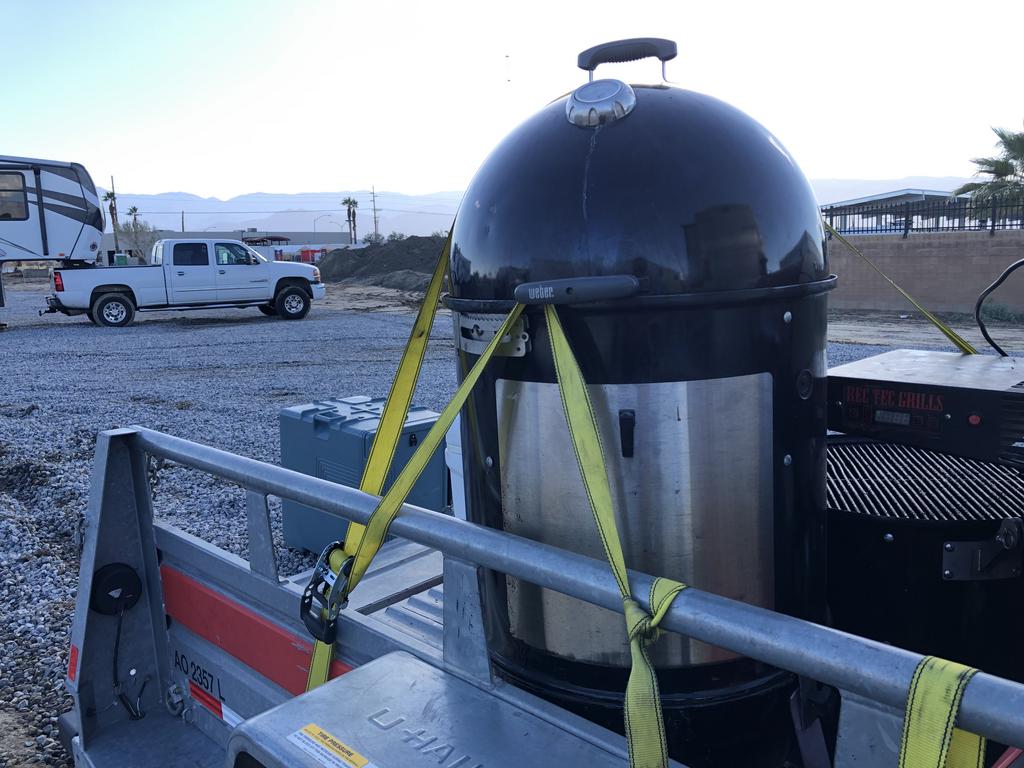 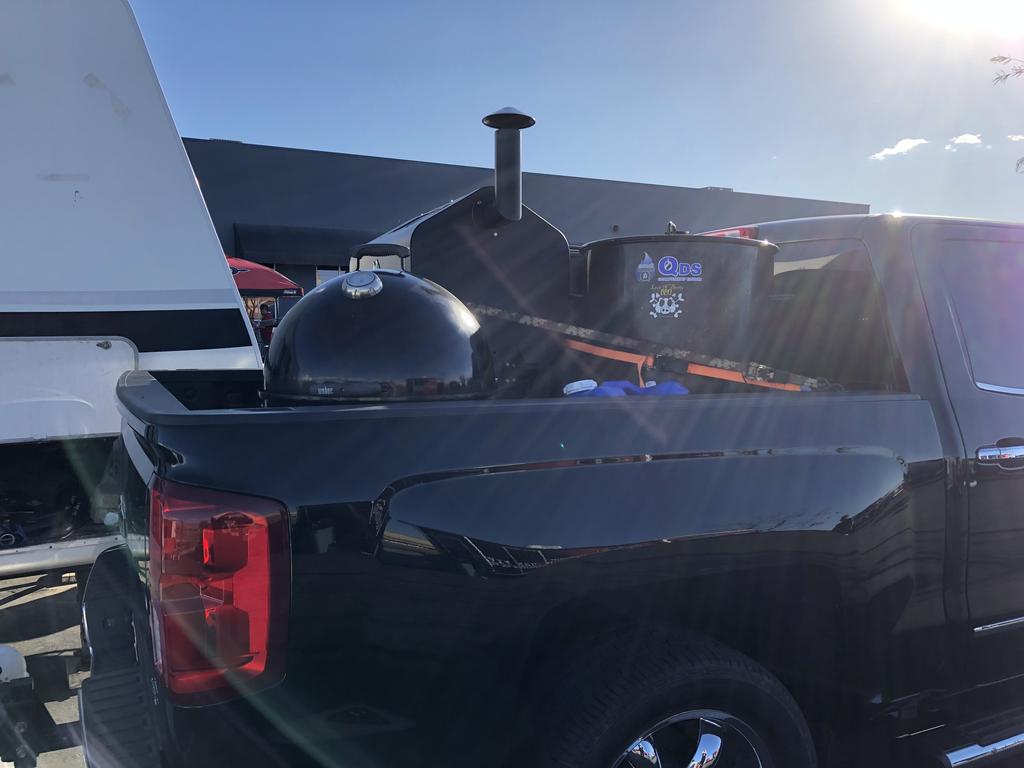 Ready to hit the road. 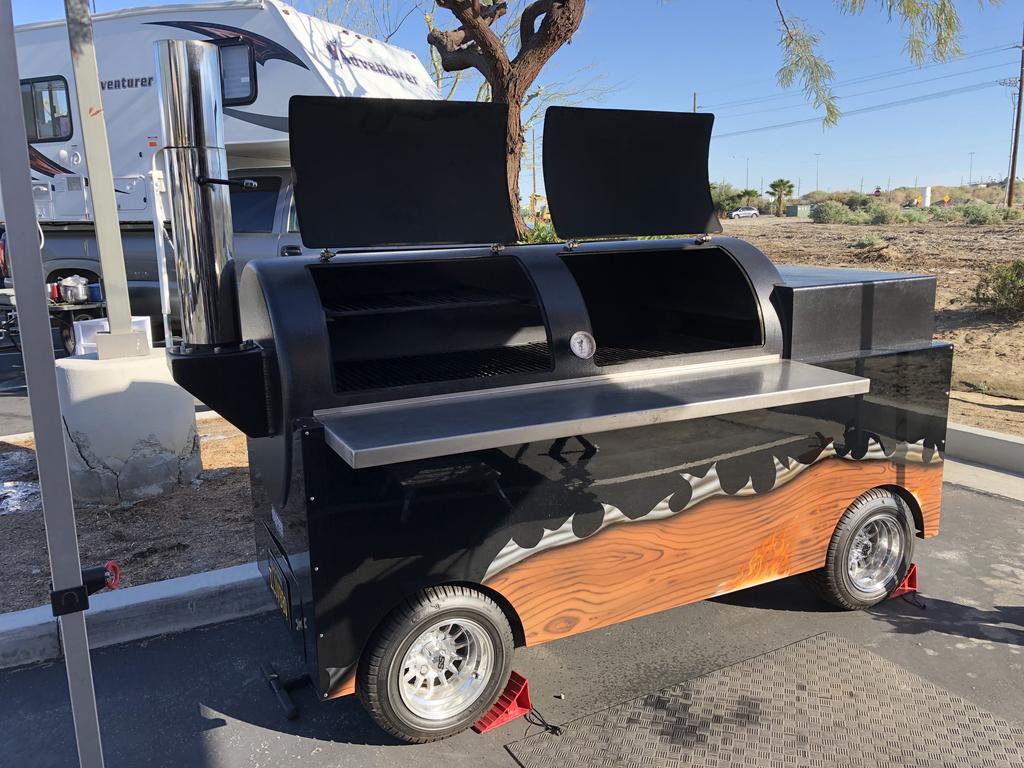 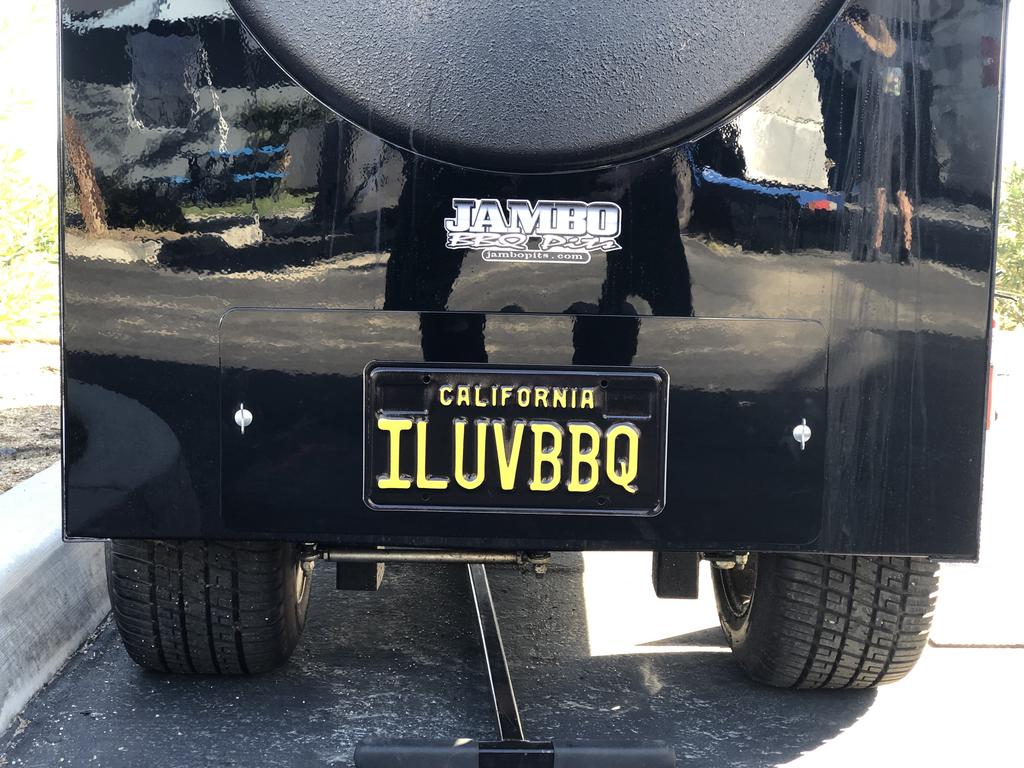 ...with a cool license plate. 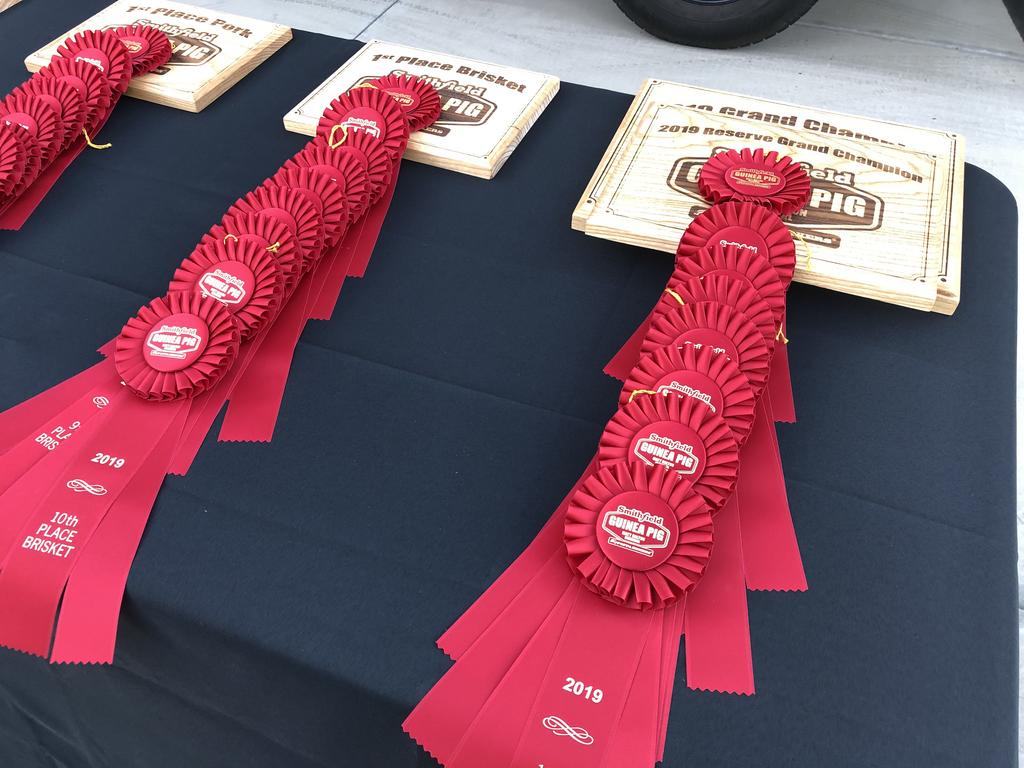 Time for ribbons, plaques, and checks! 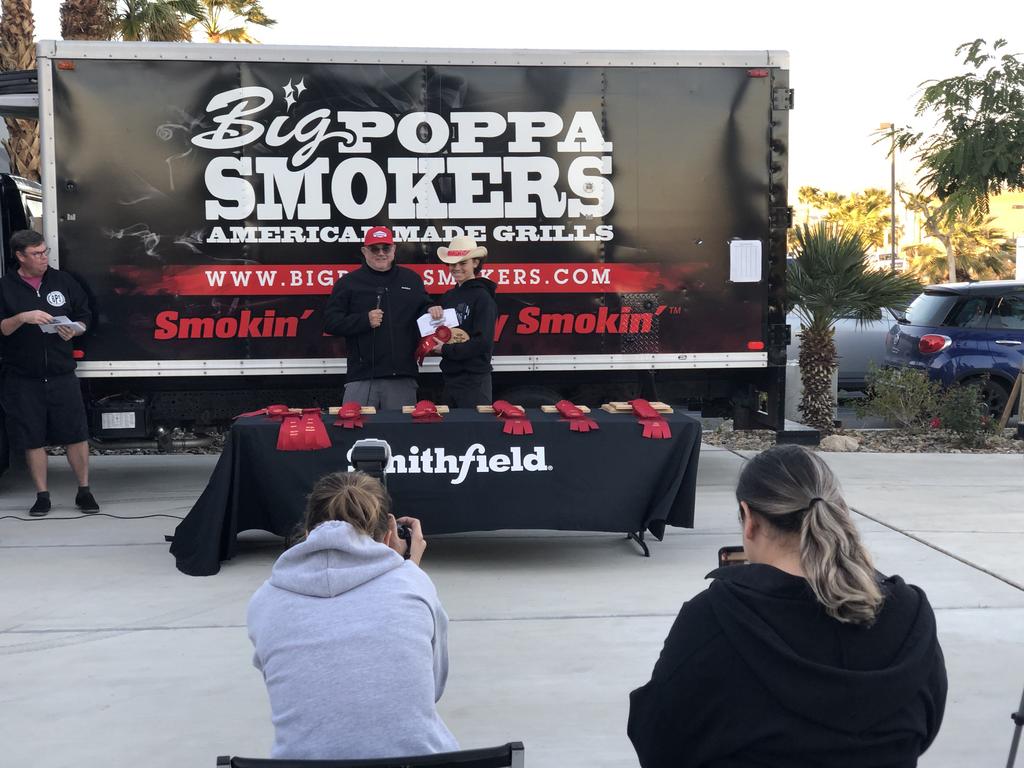 Sterling Ball presenting the Kid's Q winner in the 11-15 age group with a score of 180: Smokin Jayden

Panoramic shot of the awards venue in front of the Ernie Ball factory.

Hrrrm. Ernie Ball.... bet there was some good music out there as well.

Ken & Brenda Black from Alberta, Canada were finishing up their required rep in training duties ... Michael and Rhonda are already full-fledged reps

Hopefully you walked out of Morongo with pockets full of winnings on Saturday night ... always great seeing you Mr CBJoY

Scott Shimano said:
You know my life wouldn't be complete without being a jerk and correcting you
Click to expand...

That's OK, I live for being corrected by you!

Unbeknownst to you, I sent an email to Kelly last night asking for the name of the nice folks from Canada, because I wanted to include them in my write-up and could not remember their names. And in his reply, Kelly corrected me on the status of the Santiago's, which I have corrected above.

I did not make it to Morongo...too much fun happening in Indio to make it over there. It was great seeing you and your lovely wife on Saturday, and congrats again on your 4th place call in Pork!

Nice photos and write up. The GP is always a fun event. I would urge others to try it out next year

Good to see KC represented. Love Joe's BBQ, but most folks around here
would tell you it's not even the best KC has to offer.

Dave in KC said:
Good to see KC represented. Love Joe's BBQ, but most folks around here
would tell you it's not even the best KC has to offer.
Click to expand...

Q39 and Jack Stack are tops on many folks list, including mine.
SLAPS and Gates very often are in the same conversation.
For me, the biggest difference between the five of them is consistency.
Q39 and Jack Stack are straight up restaurants run by professional chefs.
The taste, texture, look, smell are always the same day in and day out.
Joe's, Gates and SLAPS are more traditional bbq joints run by pitmasters.
The many variables of bbq change on a daily basis there much more often.

Love to judge at the GPig Good seeing you there

Thom Emery said:
Love to judge at the GPig Good seeing you there
Click to expand...