The so-called Texoma area is not known for great barbecue. The typically joint smokes their barbecue with mesquite. They typically cook their briskets without trimming and then ceremoniously scrape all the fat and seasoning off with the back of their knife as you recoil in horror. Thank goodness Zeke's BBQ has a food truck that comes to town for lunch. It a great place to get a taste of Central Texas style barbecue in our area. They are currently located in "The Yard." The Yard is a food park in Wichita Falls. Its opened and closed several times. Hopefully, this time it sticks. 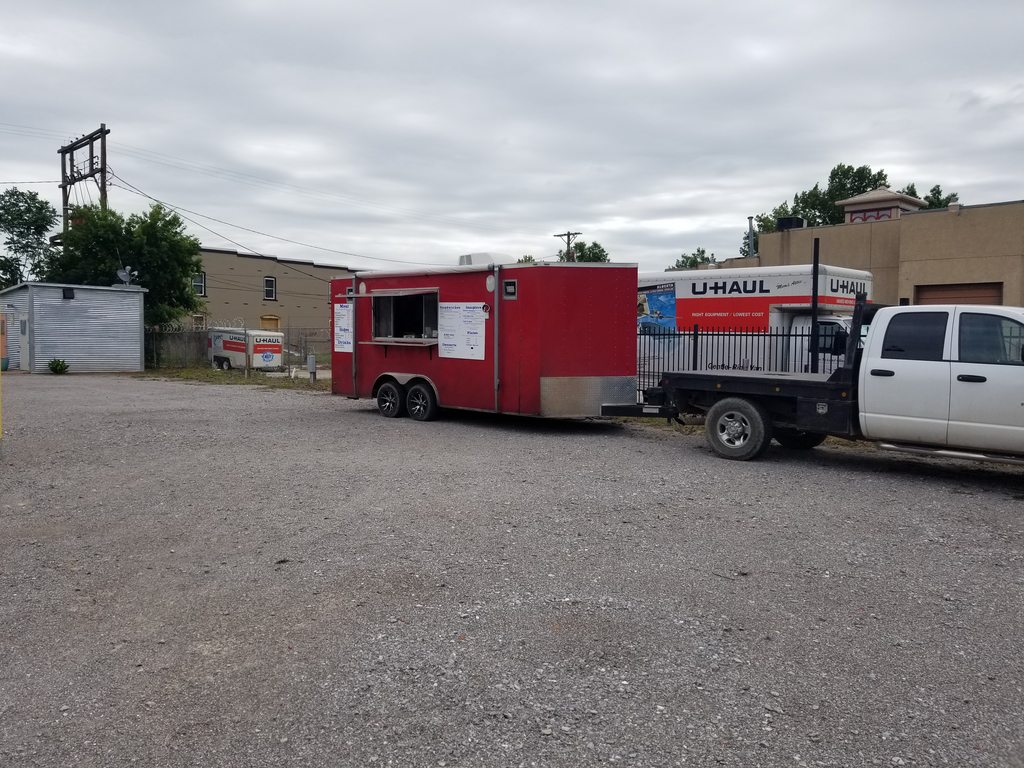 Zeke's is based out of Windthorst, TX. They have a brick and mortar there that's fantastic. It used to be Big Rusty's. I remember stopping there and the brisket was pretty darn good for the area. I stopped and talked to the man in overall's overseeing the place and I told him I loved the brisket. He just nodded and sagely told me "The secret is low and slow." The current owner is Rusty's nephew evidently and they've since stepped up their game even higher. The food is cooked at the brick in mortar in an offset smoker with Oak. They hold the meat in the food truck in warmers which is a pretty clever arrangement. 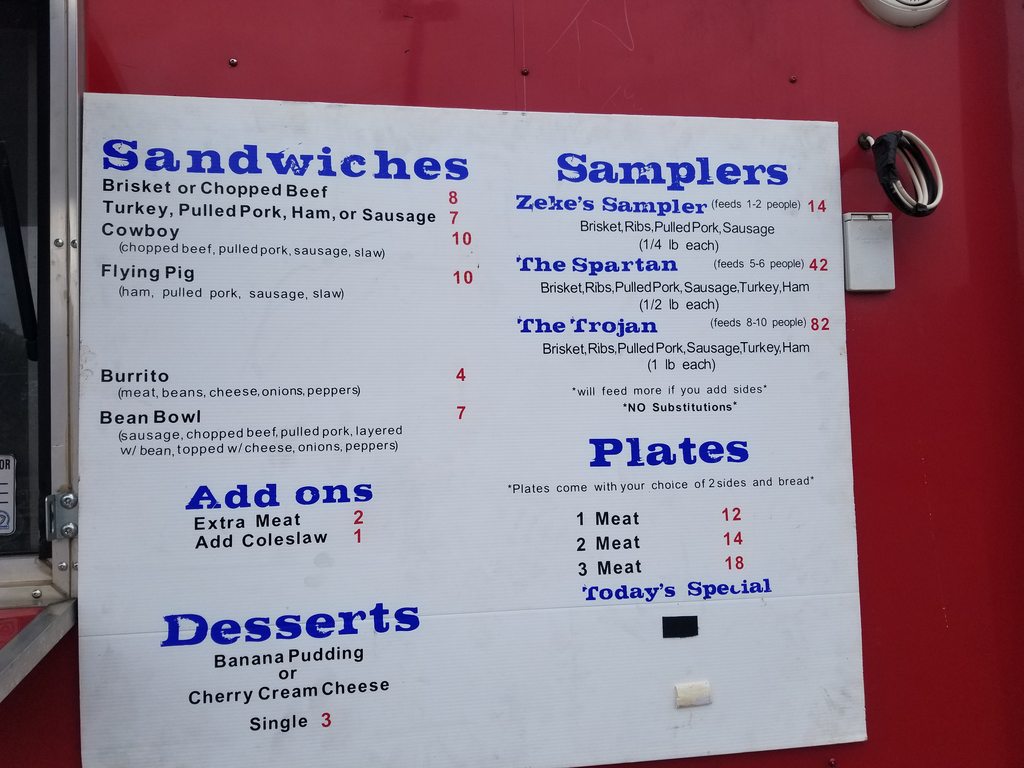 My wife ordered the Cowboy sandwich and I got a 1/2 pound of brisket, and a link of sausage. 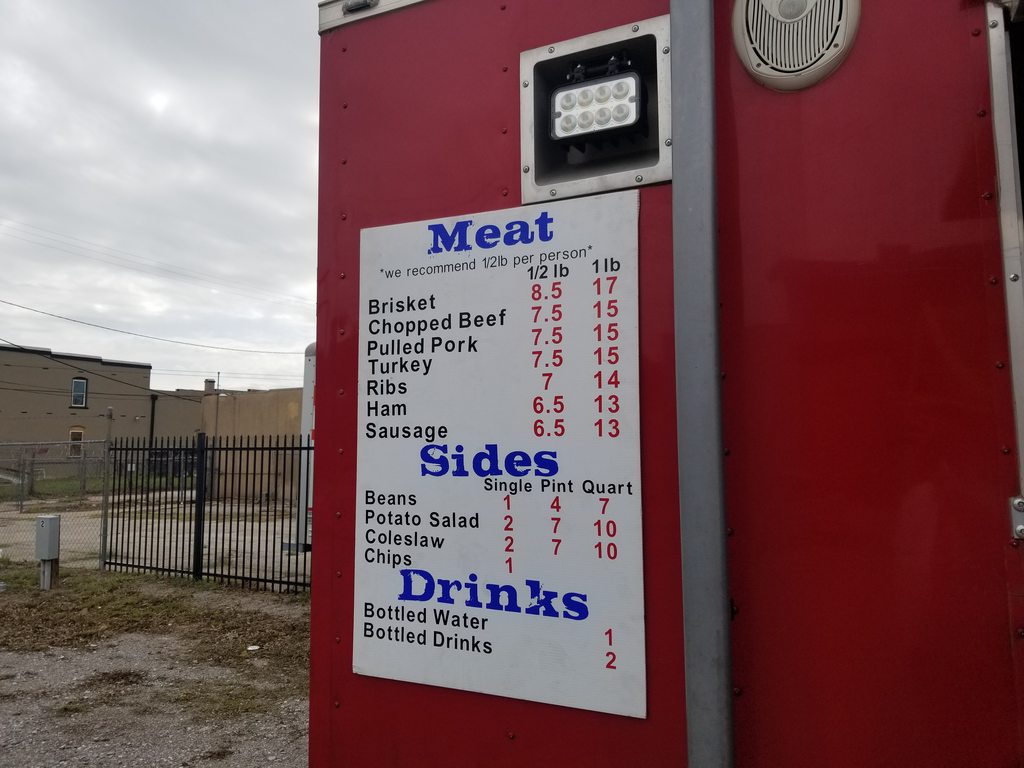 The brisket seems to be prime or at the least Certified Angus Beef. 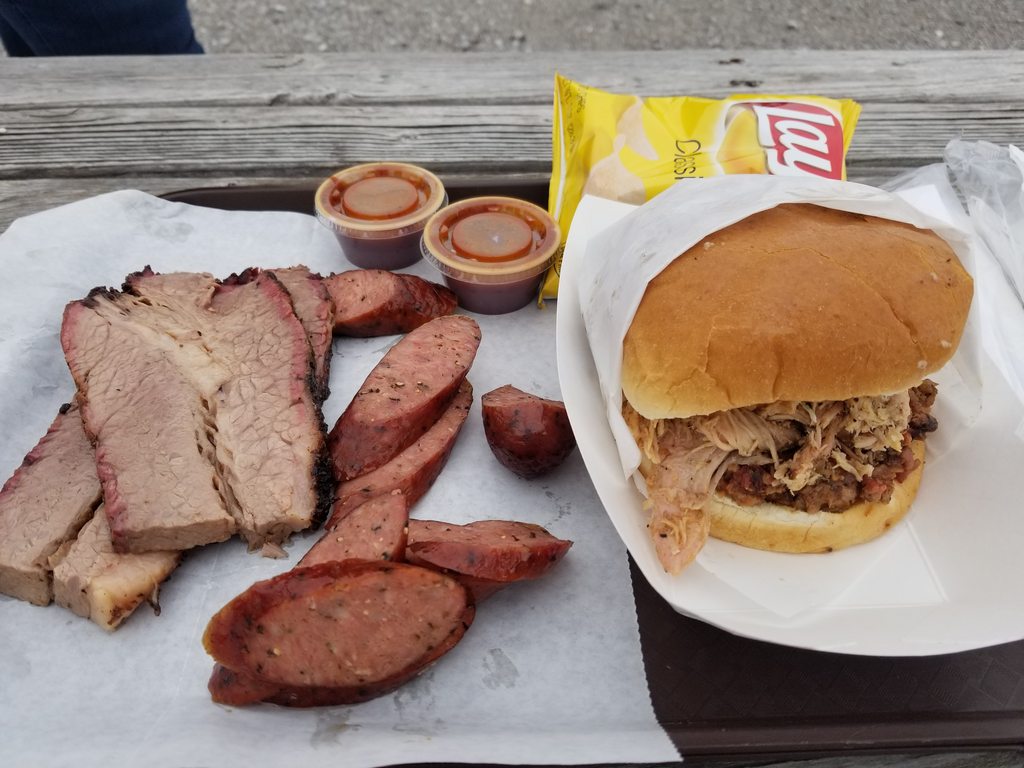 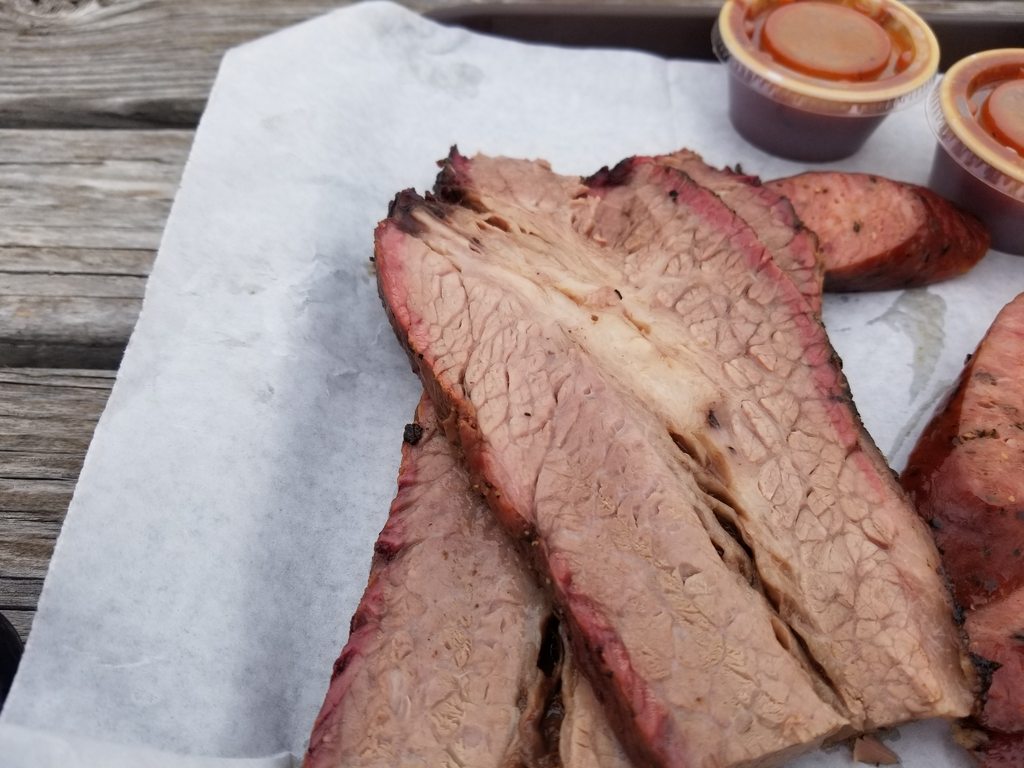 A close up of the brisket. The brisket is nicely seasoned and has a great smokey taste. I got a slice of fatty and the flat portion of the slice was maybe a touch under-done. However, they slice it Franklin style so the flat is probably cut at roughly a 45 degree angle, a compromise for differing grains of both brisket muscles. I'll let it slide. They were serving the famous Windthorst sausage but unfortunately they are now getting their sausage from another supplier for the time being. The sausage is fine, just not great. My wife couldn't finish the giant sandwich so I was kind enough to polish it off for her. The combination of the chopped beef, pulled pork, sausage and tangy cole slaw was delicious. All and all this is a great place. In my opinion it's head and shoulders above anything else offered in the area. If this place had opened in 2008 I think it'd easily be in the Texas Monthly Top 50. These days the bar is just so high. There's always next time! I'd like to review the Windthorst location if I get a chance. I've been down there a few times and eaten. I just haven't taken any pictures. The food is more or less the same. 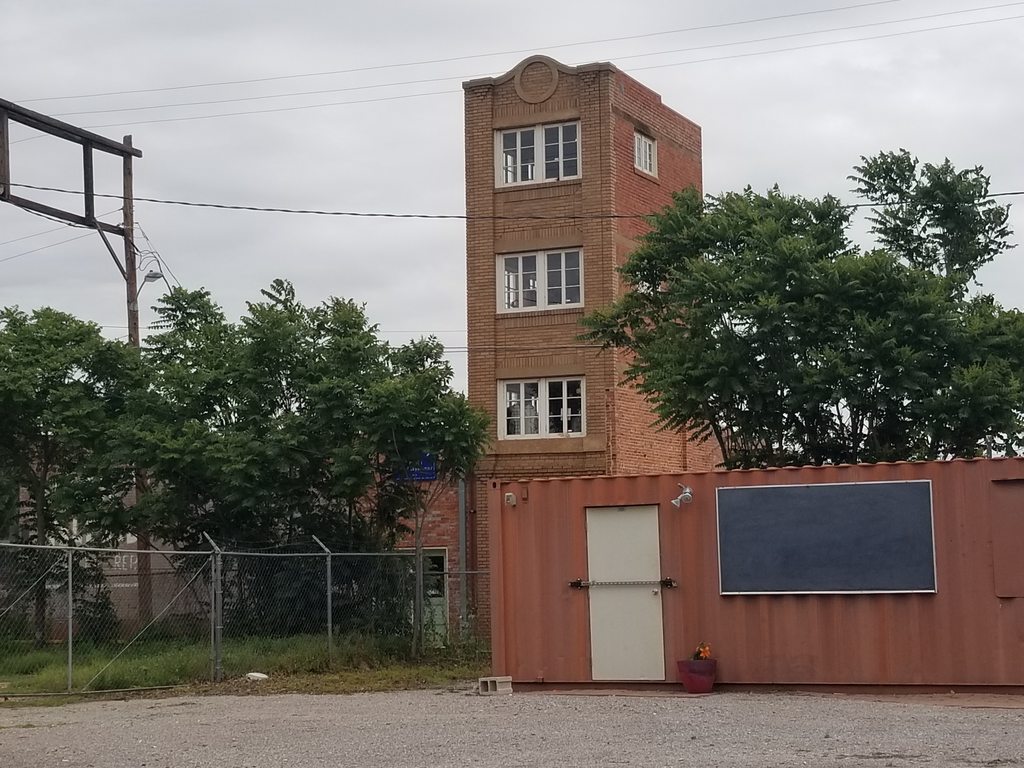 While eating you can look up at one of the most famous Wichita Falls landmarks, "The World Littlest Skyscraper" The builder gave a verbal agreement to build a 480 feet sky-rise. The plans that were signed off on were different. The building tops off at 480 inches. You can read further about it here:

Good review. It seems food trucks have to almost specialize in sandwiches, since they can't really depend on a " sit down restaurant " for the patrons. I know when I go to a food truck, I generally try to keep it simple, something easy to handle if I have to sit on a curb and use my lap for a table.

I wonder why more food trucks don't use the warmer and smoke in a brick and mortar. The two barbecue trucks I visit here, both have smokers in the truck.

Oh, these are beautiful pictures of meat. If it really is so, I sincerely hope that they will stay there for a long time. Interestingly, they can make the meat thinner, obviously, they cut with a knife. They will have to write to the director, maybe they need equipment such as these slicers, my friend is just doing it for businesses.
You must log in or register to reply here.
Share:
Facebook Twitter Reddit Pinterest Tumblr WhatsApp Email Link
Top