Is there such thing as too much rub on ribs (St. Louis)?

im careful not to over season ribs with rub, I make my own and do not put salt in it....I however use a lot of rub on pork butts , again with no salt

JBail said:
I did my 2nd set of ribs this weekend and it didn't turn out the way I liked compared to my first. Of course I was BBQing for a group

I did a dry brine with coarse salt followed up a few hours later with a "Memphis Dust" rub (Amazing ribs recipe) and sat overnight. Went on the smoker for almost 6 hours at temp set to 225f (varied between 225/250). Even though the meat was juicy and tender, the bark was very hard. Everyone gave me compliments but I was not happy with it.

There were only two major differences between the cooks. I went a little heavy on the rub and instead of 2 full racks (divded in halfs) I did three. I am just wondering if adding too much rub would make a hard bark? The only other thing I can think is since I have a small smoker, the edge of the meat was too close to the edge of the smoker.

I don't have any pictures. Sorry.

Just so happens I did some loin backs this weekend on Sunday.

Rubbed with McCormicks applewood rub right before they hit the smoker. 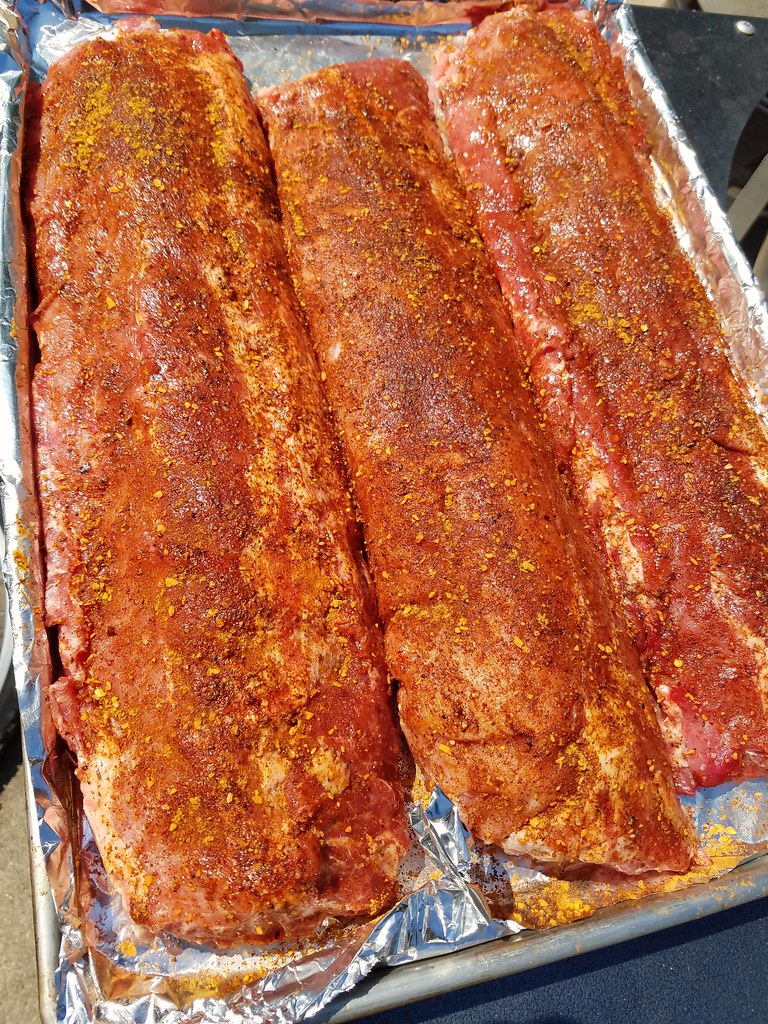 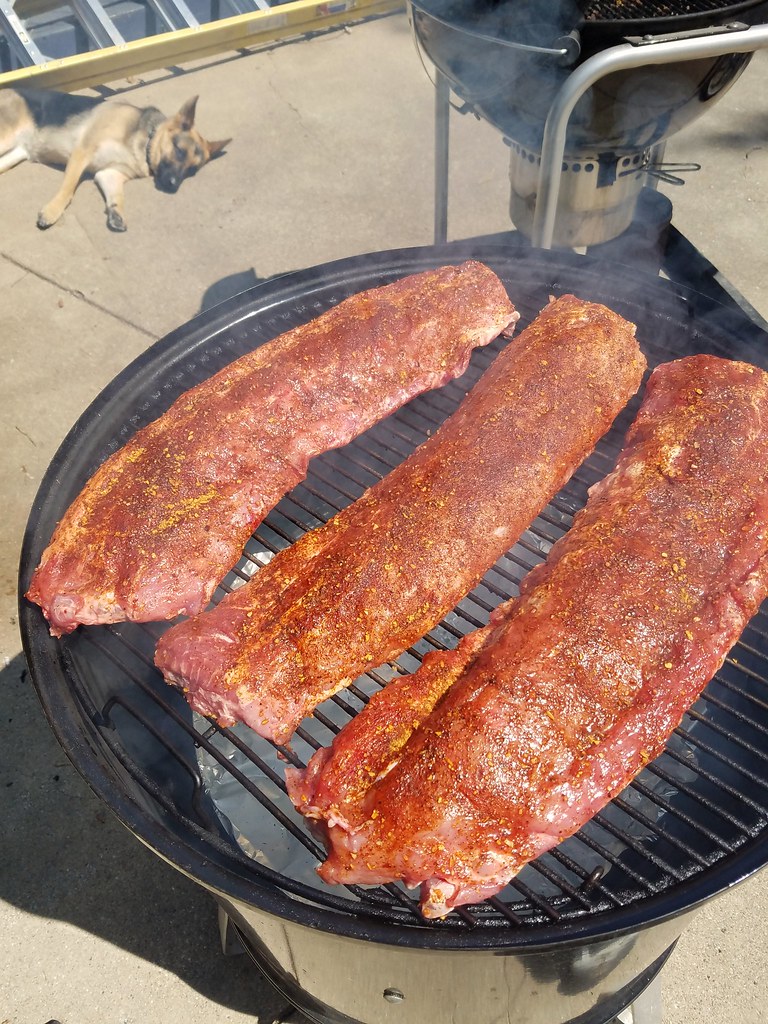 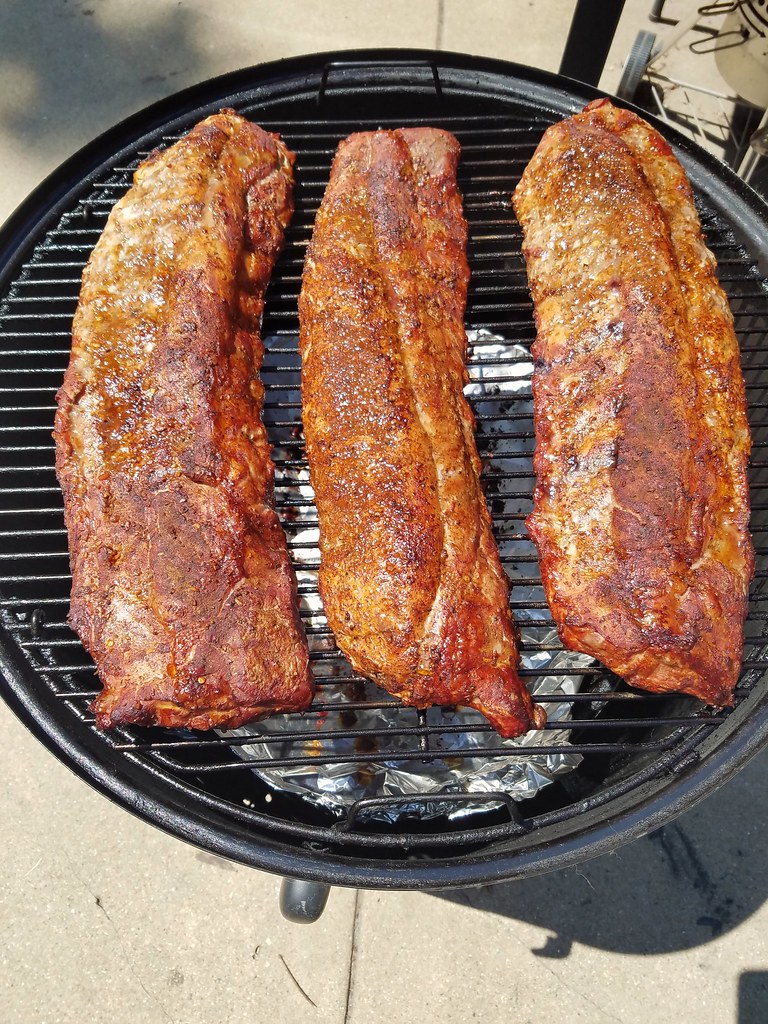 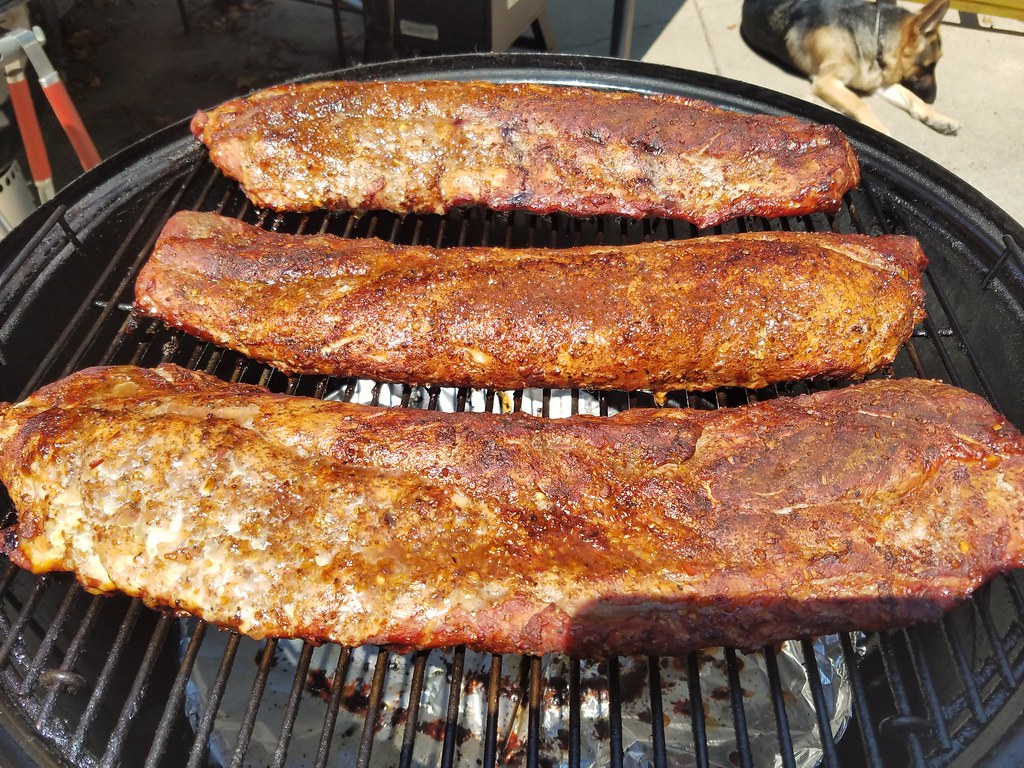 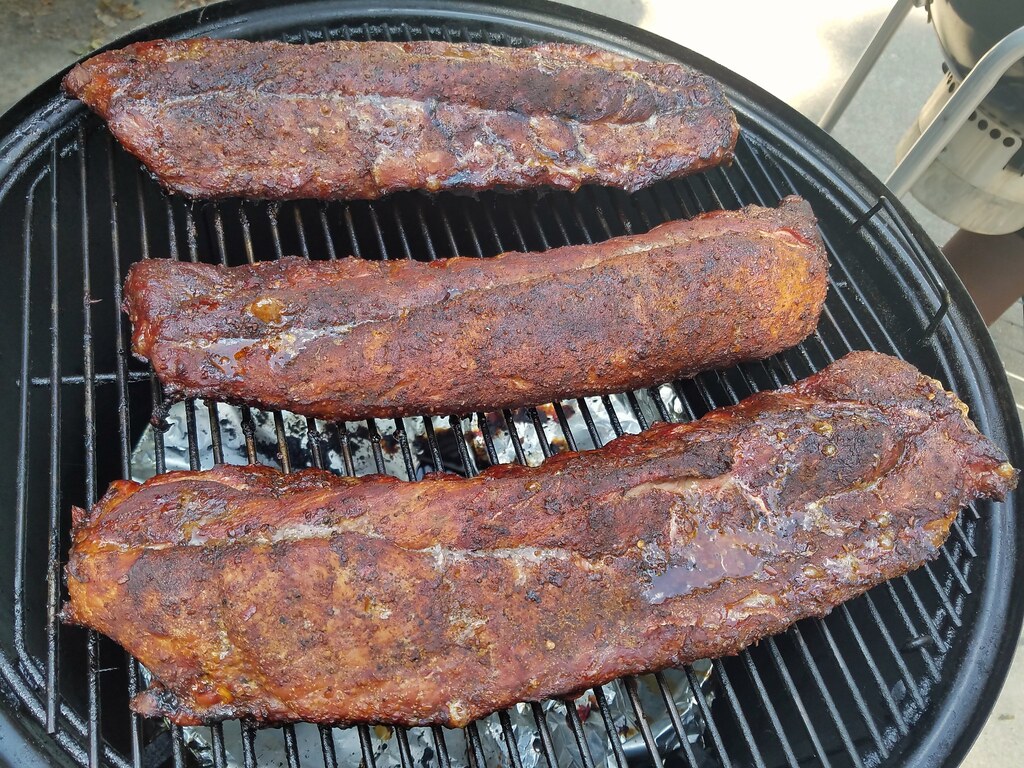 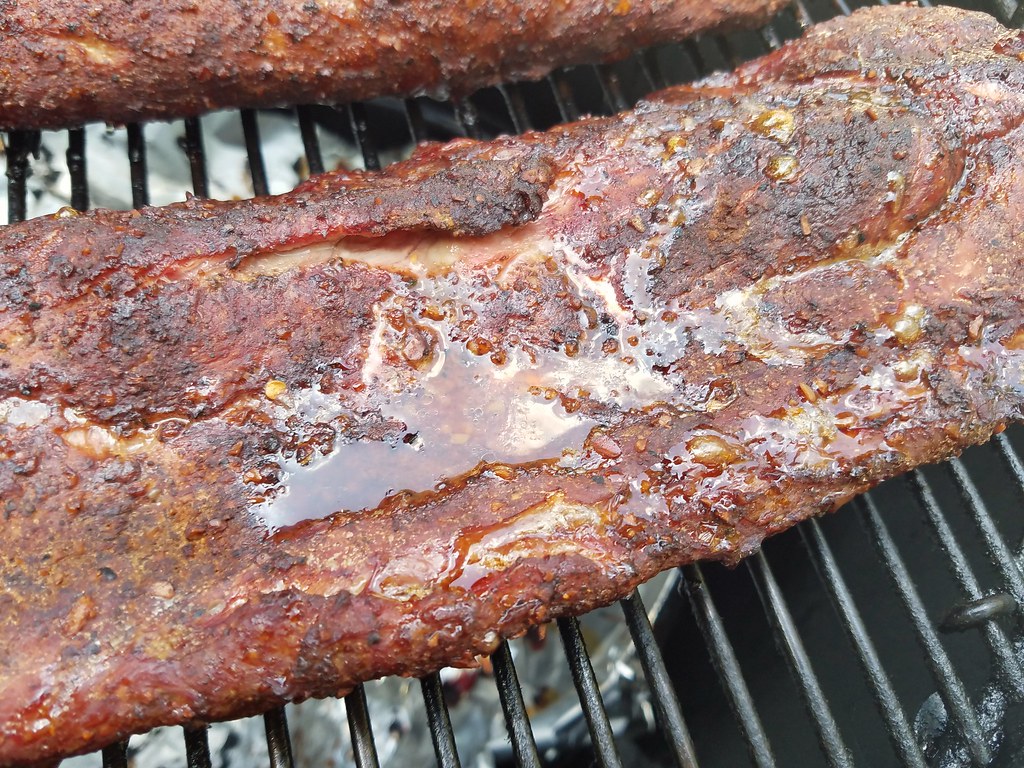 I wanted my target temp between 250-275 but it was hotter than blazes and when full sun hit it I was running 300- 325- 350.
This cook only ran about 3 hrs, not alot of pull back on the bones but they probed tender.
Final pick was before I sauced them with KC masterpiece and into a foiled pan then into the oven to hold for an hour.
HTH.