Not many fudge recipes here and I don't usually make it but I found this one and just couldn't resist. Uses 60% dark chocolate and dried cherries. Sub in your favourite dried fruit/nuts:

1) spray 8-inch-square baking pan with Pam/non-stick spray. Put a layer of wax paper (could also use alum foil but it wrinkles and I didn't want pieces to get stuck in the fudge) so it overlaps the sides (easier to lift out) then spray again.

3) mix in marshmallows, morsels, dried cherries and vanilla extract. Stir vigorously for 1 minute or until marshmallows are melted. Pour into prepared baking pan. Refrigerate for 2 hours or until firm. Lift from pan; remove wax paper. Cut into 48 pieces.

Nice and smooth and oh so chocolately. For the adult palette (because it's not MILK chocolate). Nothing wrong with milk chocolate, just not for me.

This sounds great! I might do half as described and add toasted pecans or almonds to the other half.....
P

I tried your recipe for fudge. It did not set up so it can be cut into pieces. I used a double boiler to melt the ingredients together. Do you have any suggestions?

It may not have been hot enough. Remember, it has to get to a full rolling boil for 4-5 minutes to get the sugar completely melted/converted. You won't get a boil in a double boiler. It's not enough to just get it to 212o. It's ok to melt chocolate but not for sugar.

I think the temp is classed as "soft ball" stage. Thats 235o. Water is only 212o. You do the math This recipe does not require a candy thermometer is why I like it. Just the boil.

Do it in a pot directly on the heat and stir with wooden spoon (better than metal as it won't conduct heat to your hand). Make sure it boils the full time. But be very careful. Boiling sugar is way way hotter than boiling water. Reference step "2"

Also, use a large enough pot because it does "foam up". Maybe a 4 Qt? If it gets too high, just lift one side of the pot, leaving the other side in contact with the element. The foam will subside but still maintain the rolling boil.
Last edited: Dec 18, 2016
J

"So many recipes, so little time" Oh so true Len. And here I go, adding one more to my big binder full of chocolate recipes. It just sounds so good, couldn't resist. Thank you for posting it. Hope to make soon.


6,998 viewers- you would think at least a few more than the 3 of us would say something. When I post a recipe, I like to get feedback, they like it, they don't like it, will make it, won't make it. I know, some people post and don't care if they get feedback. lol
Last edited: Dec 19, 2018

Thanks for resurrecting this Joan. I'd forgotten about it
J

Hi Len, your welcome. Something this good sounding deserves to be resurrected. lol I did join in 2016 but just now getting around to reading all the good stuff here. If I only knew then what I was missing. lol
M

I made it tonight, and I think it's a keeper for our family....with a few tweaks. Good, strong chocolate flavor! BAM!! 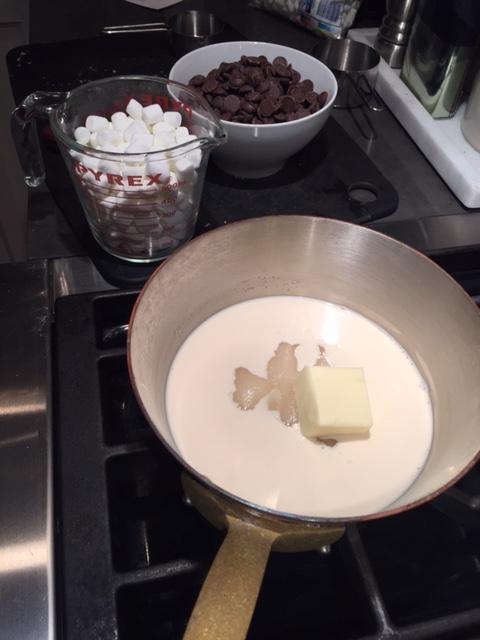 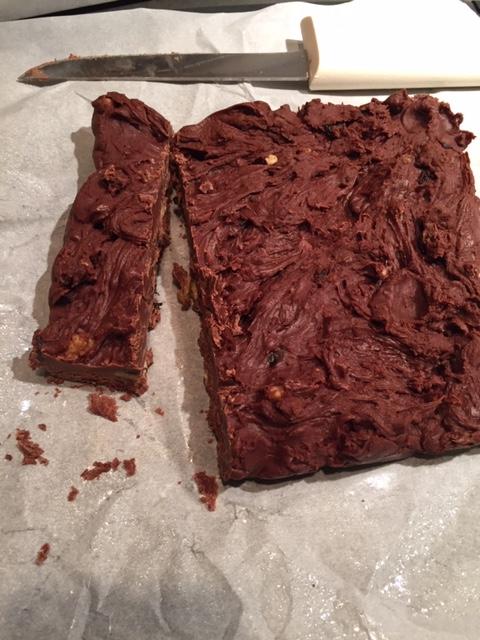 1. While the Ghiardelli morsels are super chocolately, I think regular old semi-sweet would taste pretty similar. And, maybe a tad bit more "greasy" which would have probably have helped this first batch (although I had other texture problems which were operator errors).

4. Most critical piece for me....I brought everything up to boil on Medium and stirred for just over the 4 minutes....I think it was too long. The sugar/evap. milk etc combo was quickly becoming a quasi-roux. When I make again, I will stir until it begins to noticeably thicken then take it off the heat. We have a gas range, and I continue to believe that "gas medium" is hotter than "electric medium."

5. I forgot the vanilla.....rookie mistake. I had it laid out then got flustered by how much everything had thickened by the time the marshmallows had thoroughly been incorporated, so I quickly transfered it to the pan. Wasn't until after it was safely in the reefer that I realized I had omitted the vanilla. I think it would have helped both the taste and my texture. DON'T FORGET THE VANILLA!!

6. Speaking of texture, it was good--no grittiness.

Making this for a birthday gift, so I think I will share with some friends and re-do. Thank you for this!

Monty House said:
Making this for a birthday gift, so I think I will share with some friends and re-do. Thank you for this!
Click to expand...

The trouble with semi-sweet is you may not get cocoa butter in there. I know that to min costs/max profits, hershey has substituted cheap vegetable oil for the cocoa butter. Yuck. There is a big difference. This happened back in '08 and you may have gotten used to the cheaper product.

If you had any of the Ghiardelli left, compare the two side by side, unadulterated with anything else. You'll see.

BTW, my brother thanks you. He's taken over the family farm, raising tarts.