I've almost become as much of a fanatic about Lodge as I am for Weber. Only thing left is for Weber to just buy Lodge so they can make all the custom pieces directly for the Webers. lol. Just sayin.

I’ll stick with Lodge. I have several pieces that are 40 plus years old. I just Find it hard to justify $100 plus for CI pan. I have both smooth and pebbled pieces and do not see any difference in how they cook. CI gets used virtually daily in our house. I also have SS. Cuisinart Multiclad Pro. 30 years old and going strong.

I've had a few CI skillets in different sizes over the years, including the basic Lodge #12 skillet. They were all heavy and coarse. Their only redeeming feature was their price. They were allegedly pre-seasoned, but no matter how much seasoning and cooking I did on them most proteins still stuck. They were no fun to cook with or clean and sat mostly unused.

Then I received a Field #10 as a gift. What a revelation! It was lightweight compared to the others, it had a smooth cooking surface, and nothing stuck to it from day one. I needed something a bit bigger, so I went to replace my Lodge #12 with a Field. That's when I saw at the price. There had to be something out there that split the difference between the super pricey Smithey and Field models and the basic Lodge. I tried to find an old Griswold or Wagner for a while with no luck. Then I stumbled upon Blacklock by Lodge. I think it is Lodge's attempt to capture some of the Smithey and Field market. It's not quite up to those standards, but at $80 for a #12 it's less than half the price. I have the Blacklock #12 and I love it. There was no sticking from day one. The cooking surface was much smoother than the basic Lodge (though not quite as nice as the Field). And the lighter weight makes it a joy to use. So now I just have two CI skillets that are a joy to cook with and they get used frequently.

Then there are these.

K Kruger said:
Then there are these.
Click to expand...

made, did I miss something?
B

Their FAQs say they are made in China.

BryanO said:
Their FAQs say they are made in China.
Click to expand...

Check out this crazy grill from the Lodge, just got an E mail today 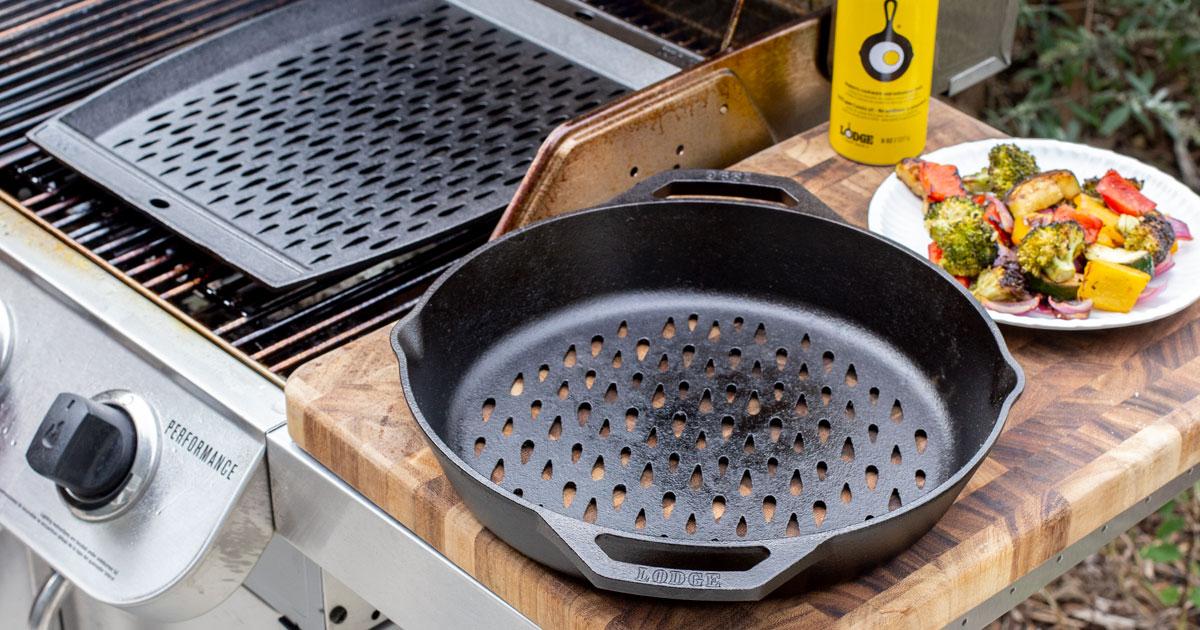 There are few things in life that compare to cooking over an open fire or pulling food off the grill with the perfect sear. Whether you’re cooking outside or with a grill pan inside, choose cast iron for delicious results that impress every palate.