Twenty-eight companies paid $2,500 each to participate in the charity barbecue contest, turning in tri-tip, pork ribs, and a chef's choice "anything goes" entry. As a result, many companies brought in "experts" (some call them "ringers") from KCBS competition teams to give them a better chance of winning the contest. Companies were there to party, to enjoy barbecue, and to support a worthwhile cause. Over 1500 attendees, including 28 kidney patient families, joined in the fun.

Judges were situated in a tent in the infield, the cooking teams and public spaces were arranged in the outfield and outside the third base line. We all had a good time, some good tri-tip and ribs were enjoyed, and there were some really creative turn-ins in the "anything goes" category. Thanks to all the sponsors and volunteers that made this event possible!

Since this was not a KCBS sanctioned contest, photography was allowed during judging. Here are a few I took...enjoy! 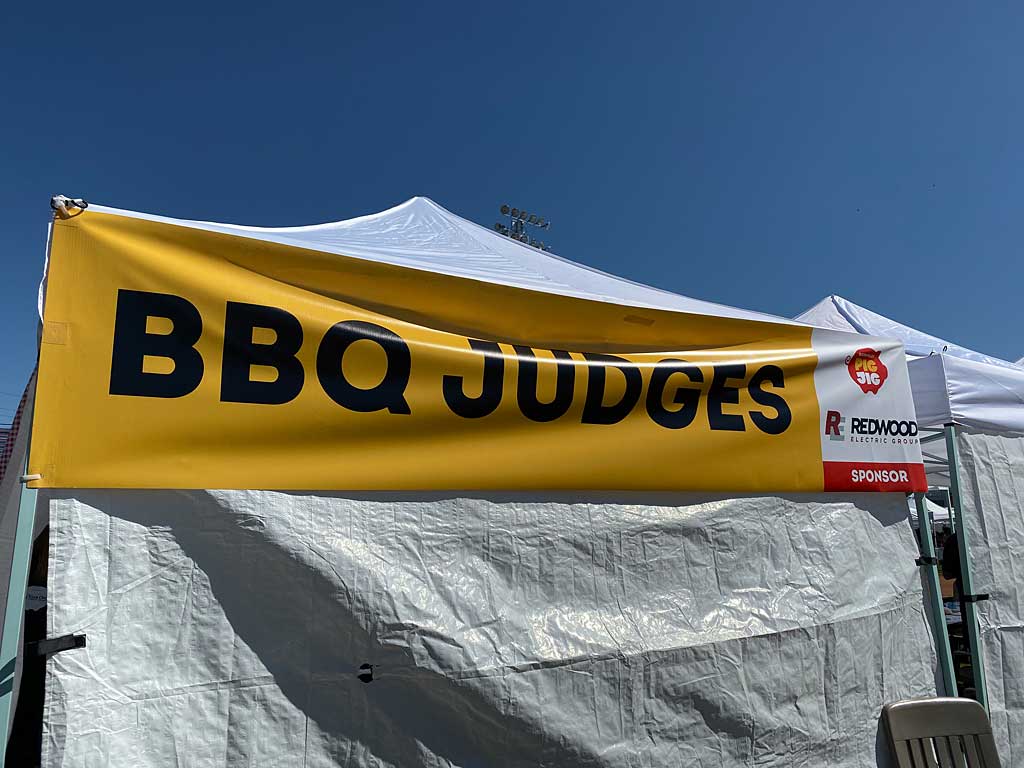 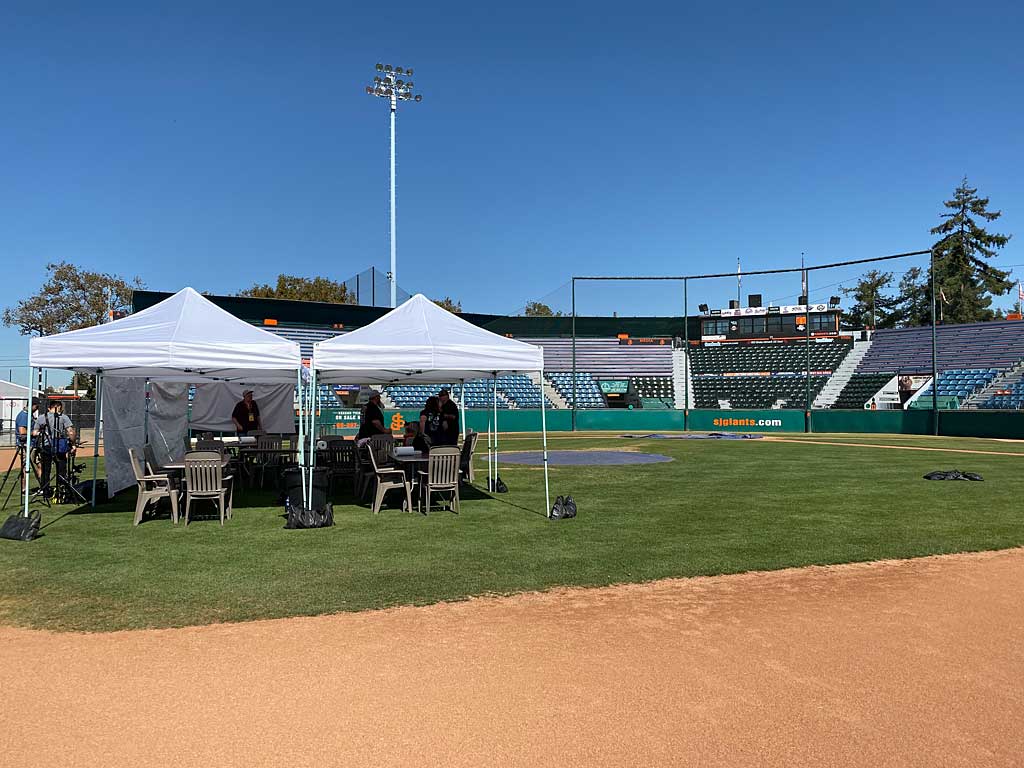 Judge's Tent in the infield. 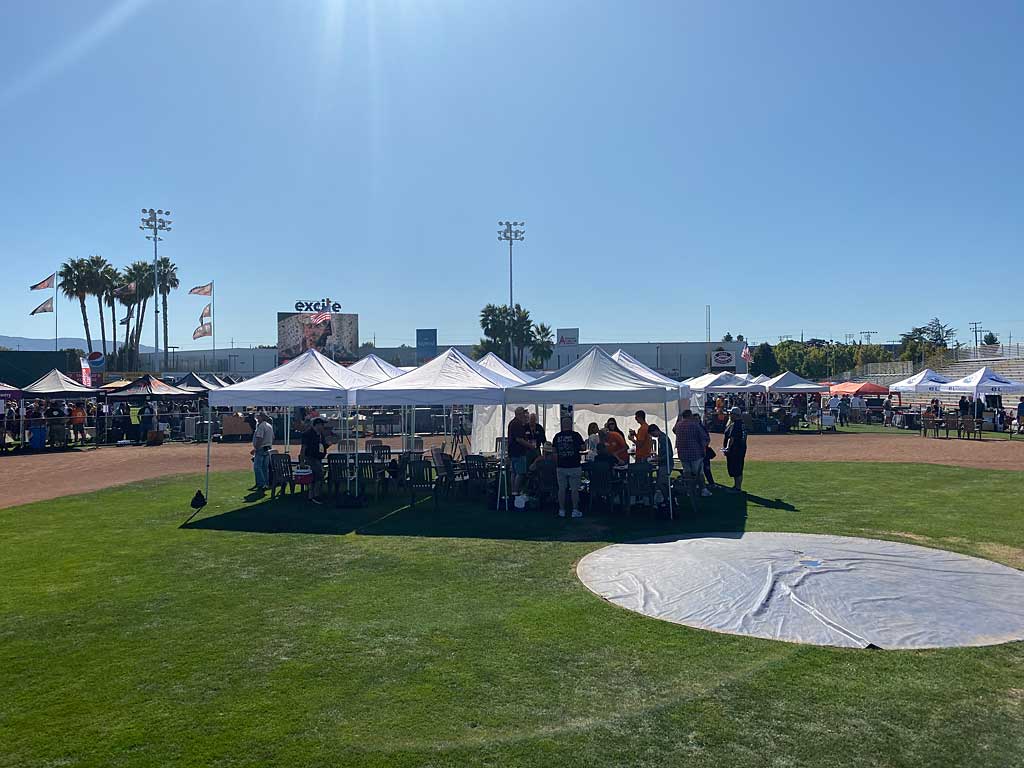 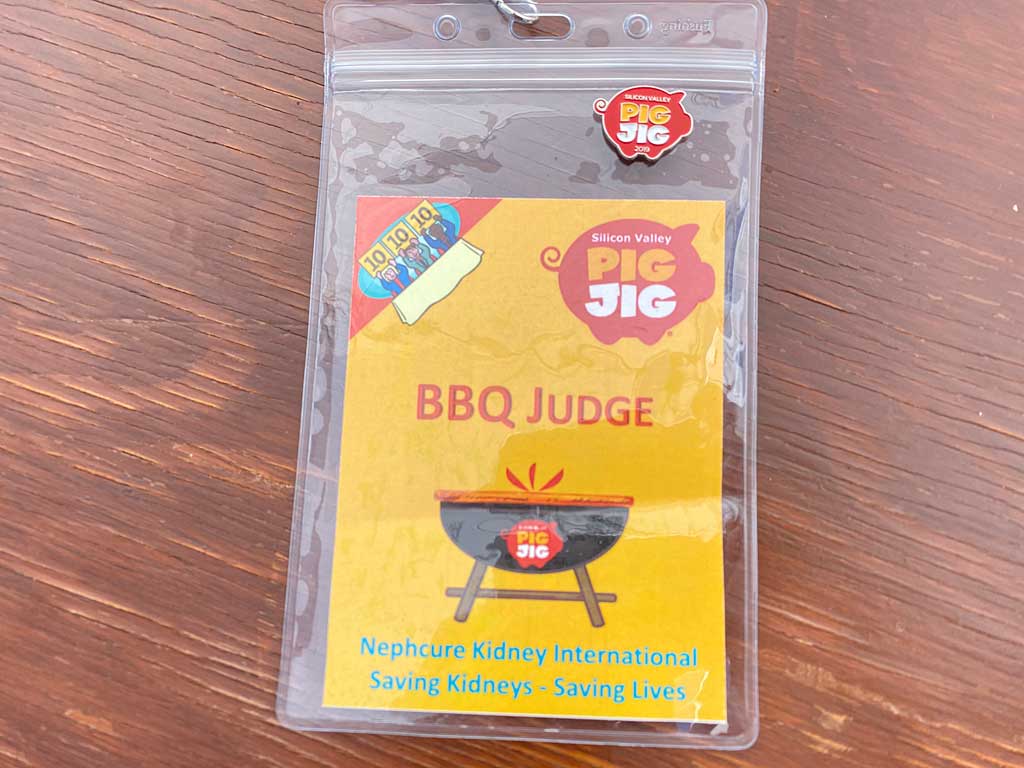 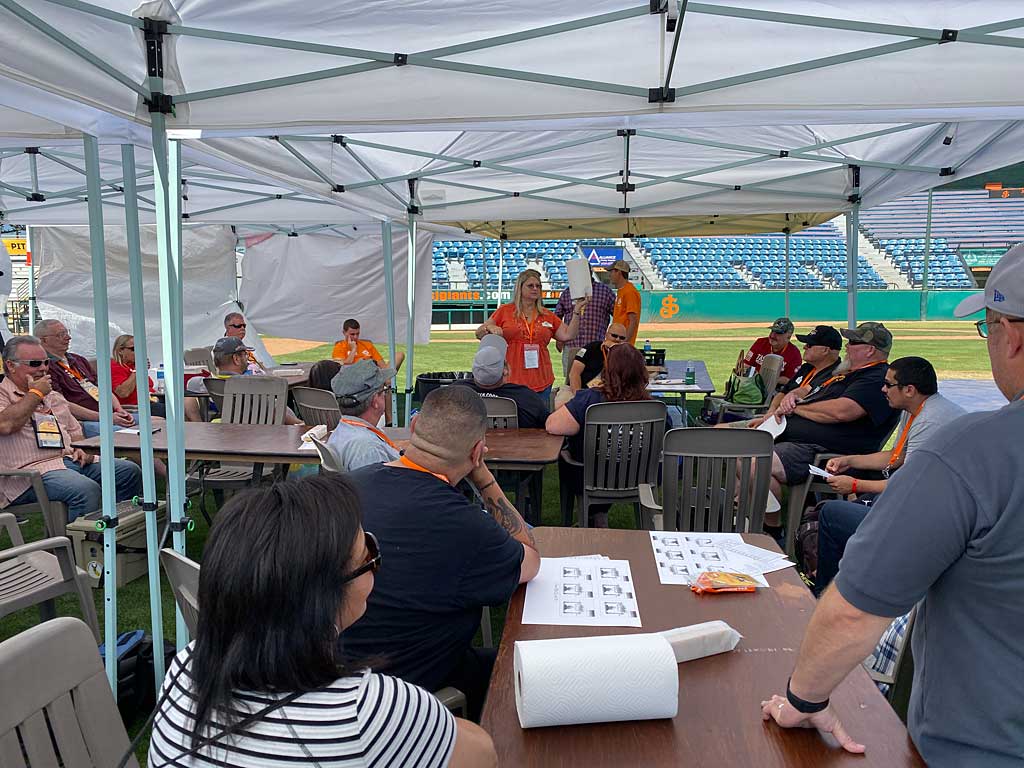 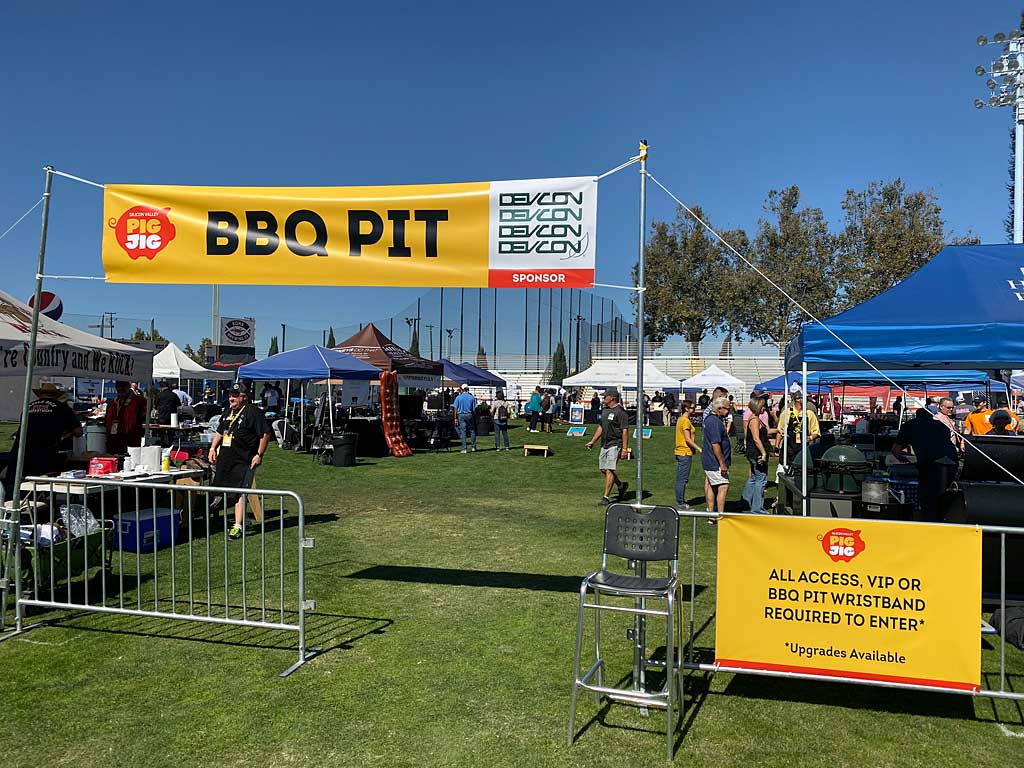 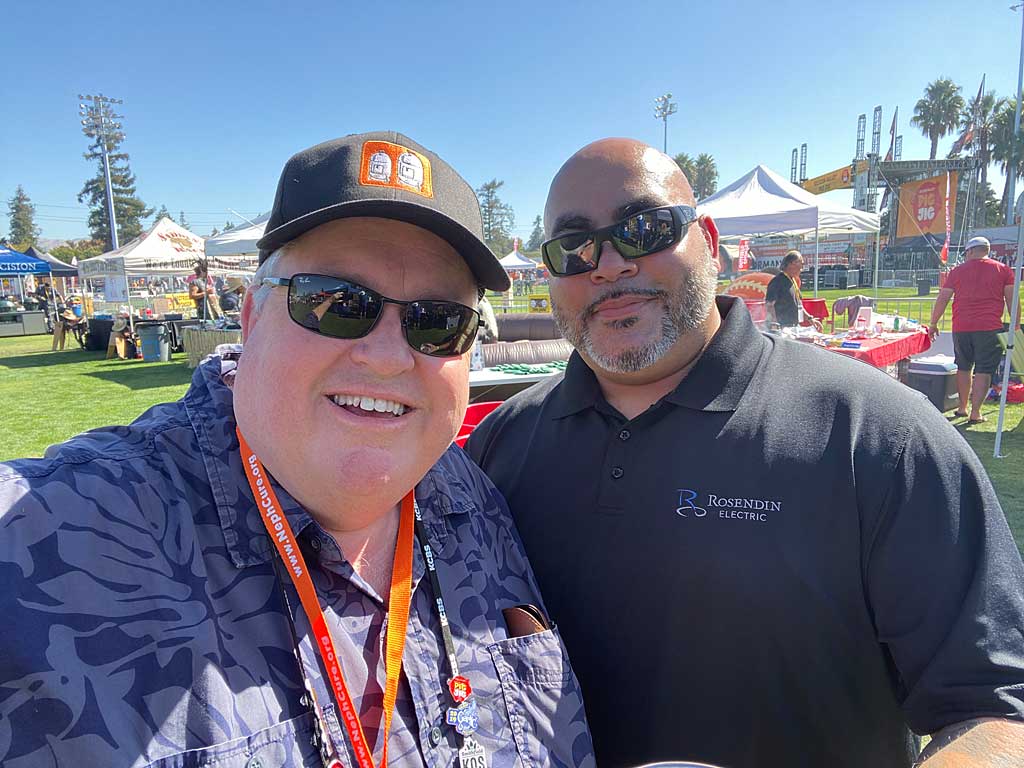 A selfie with Carlos Lopez of Los Mexi"Q"tioners BBQ. He cooked with the Rosendin Electric team taking 7th place chef's choice, 4th place in tri-tip, 1st place perfect 180 in ribs, and the Grand Champion trophy! Carlos got his start using the WSM in competition, so the Weber Bullet is part of his BBQ DNA! 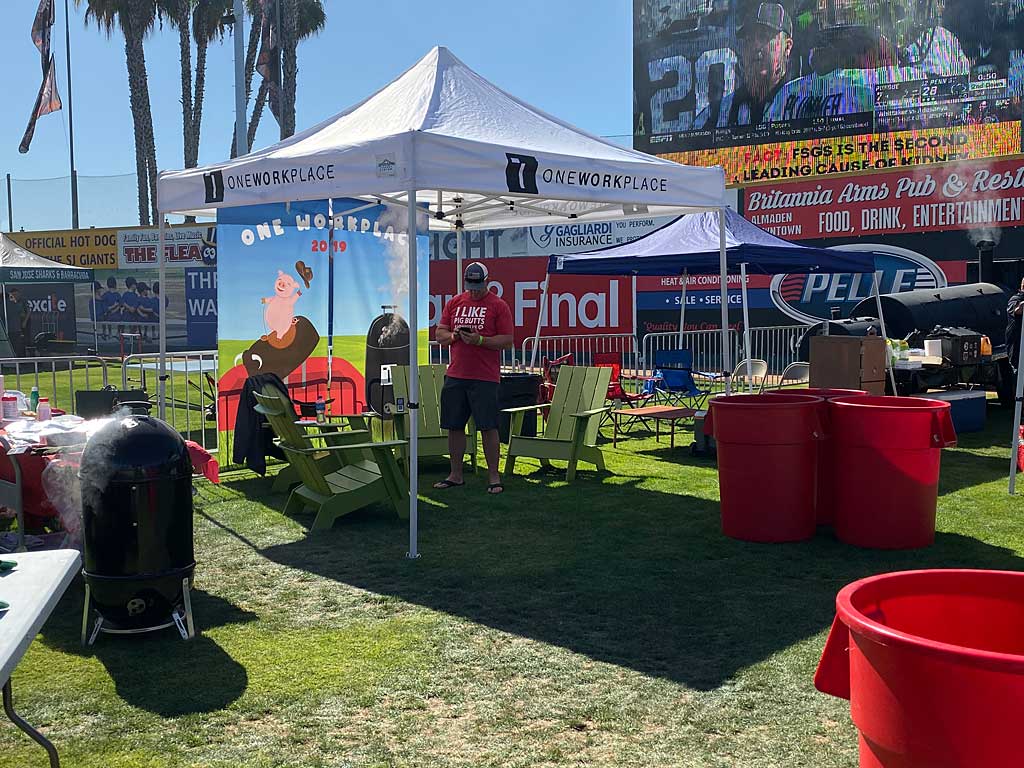 One of many bullets at the contest. 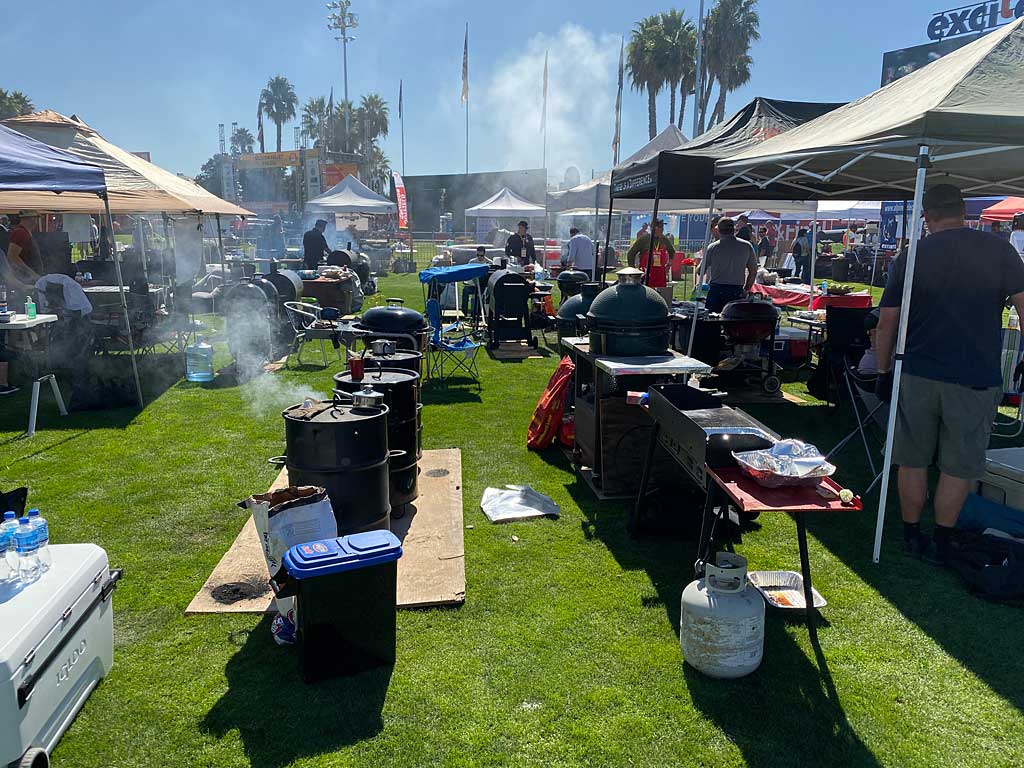 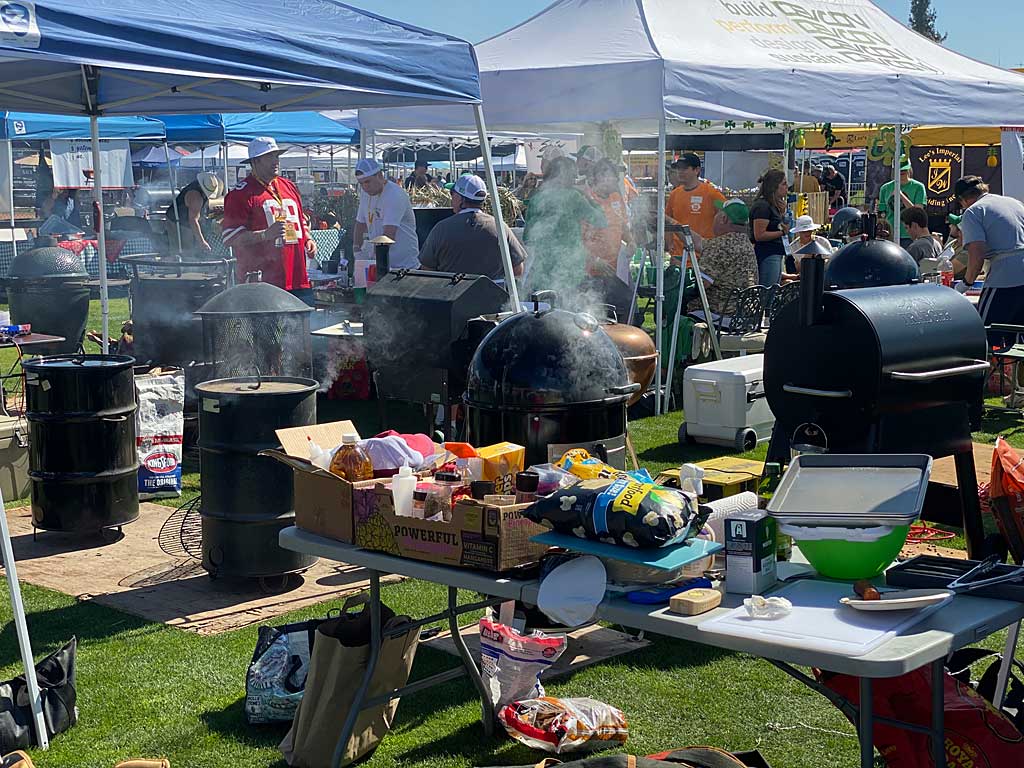 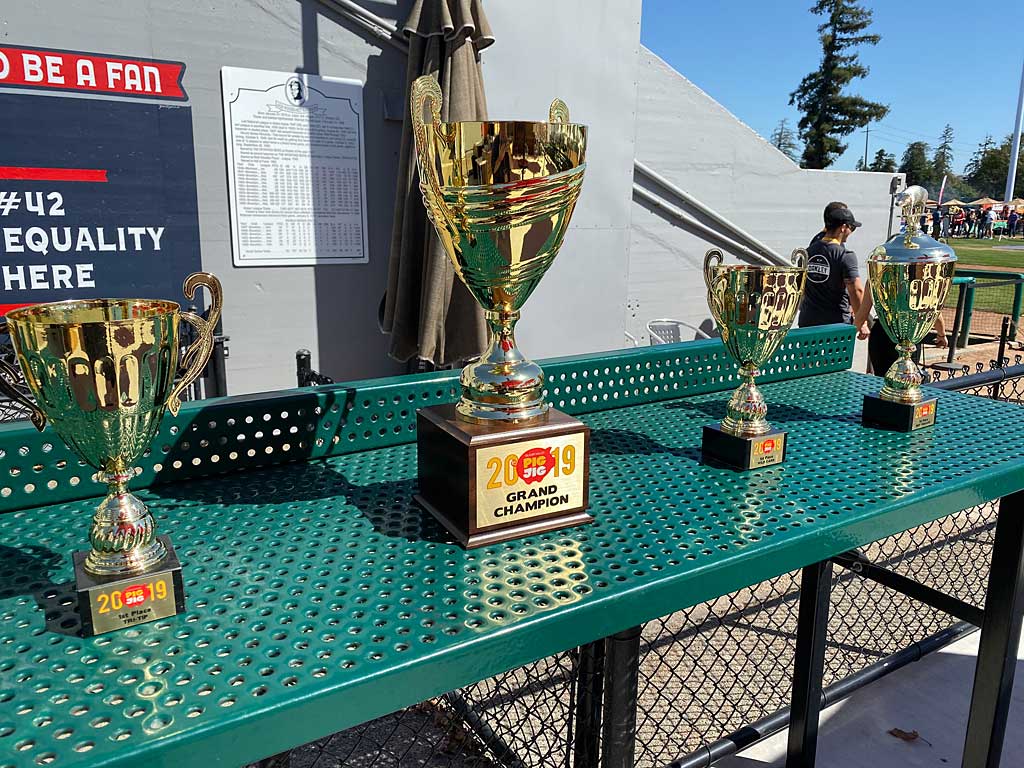 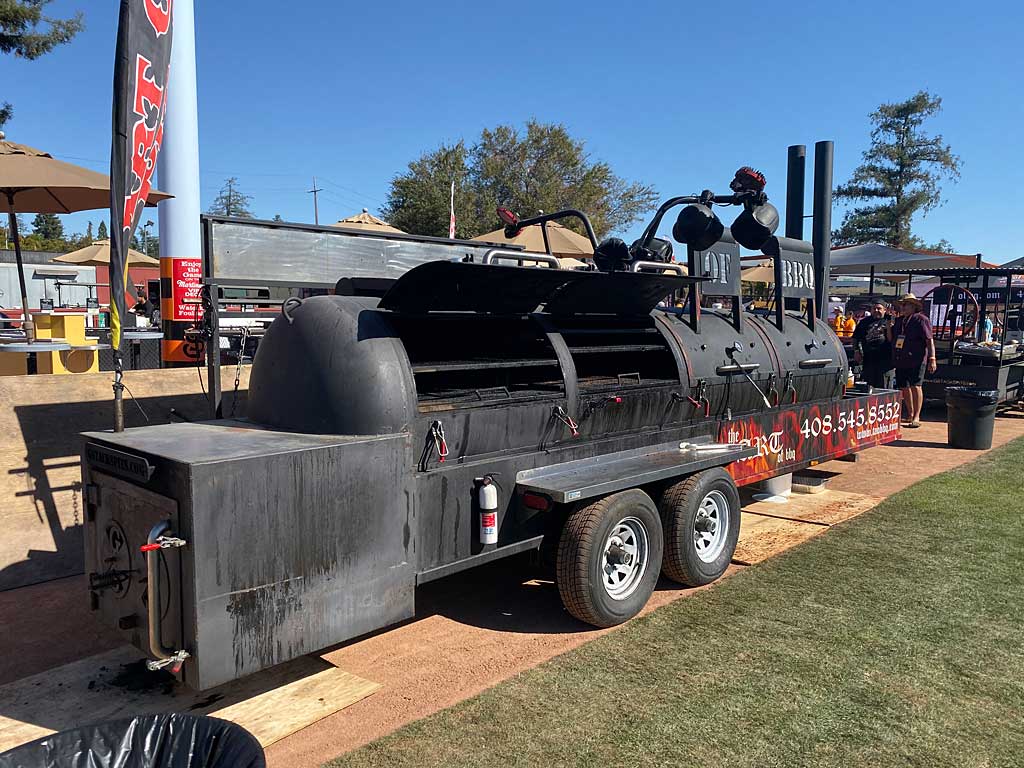 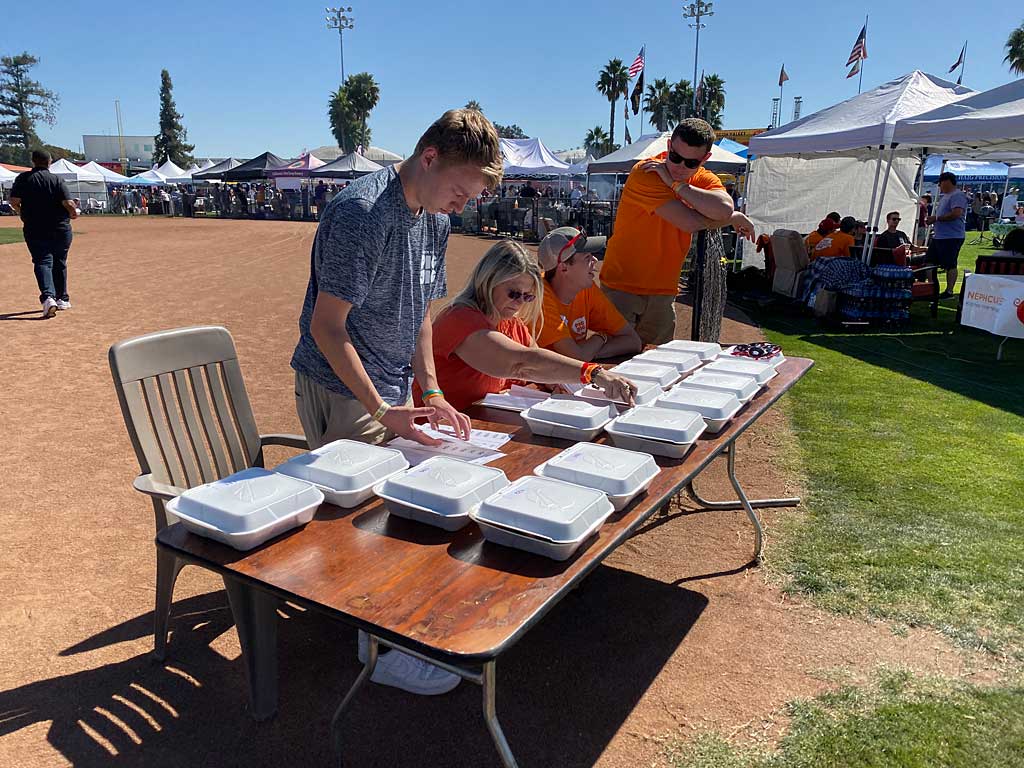 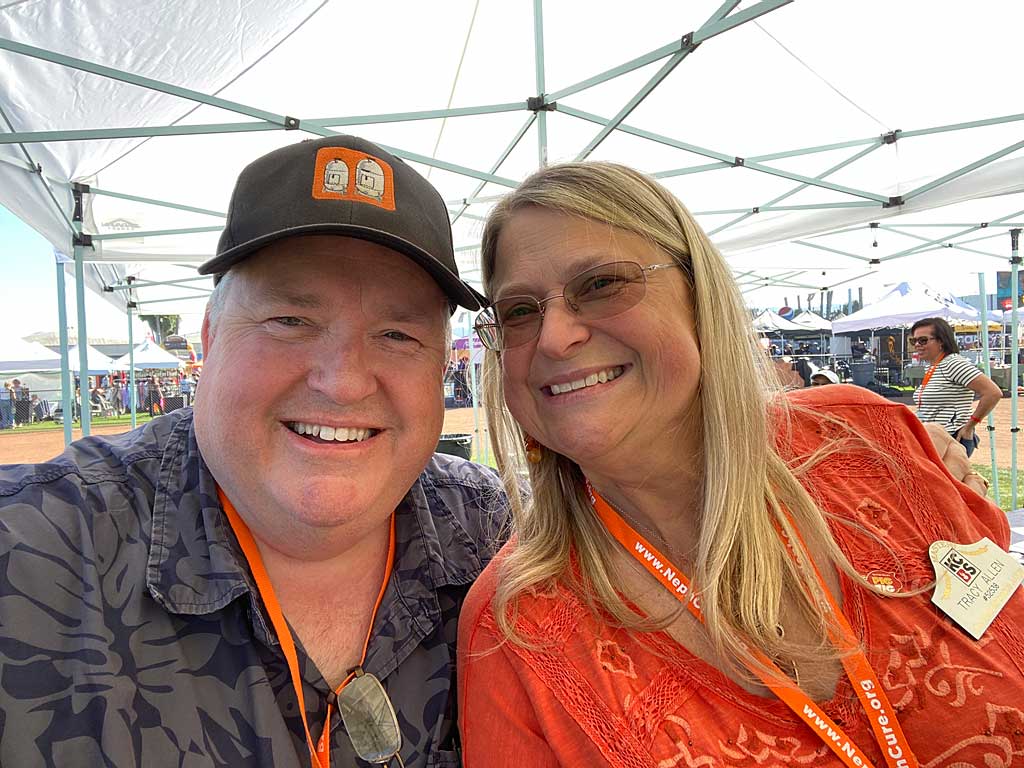 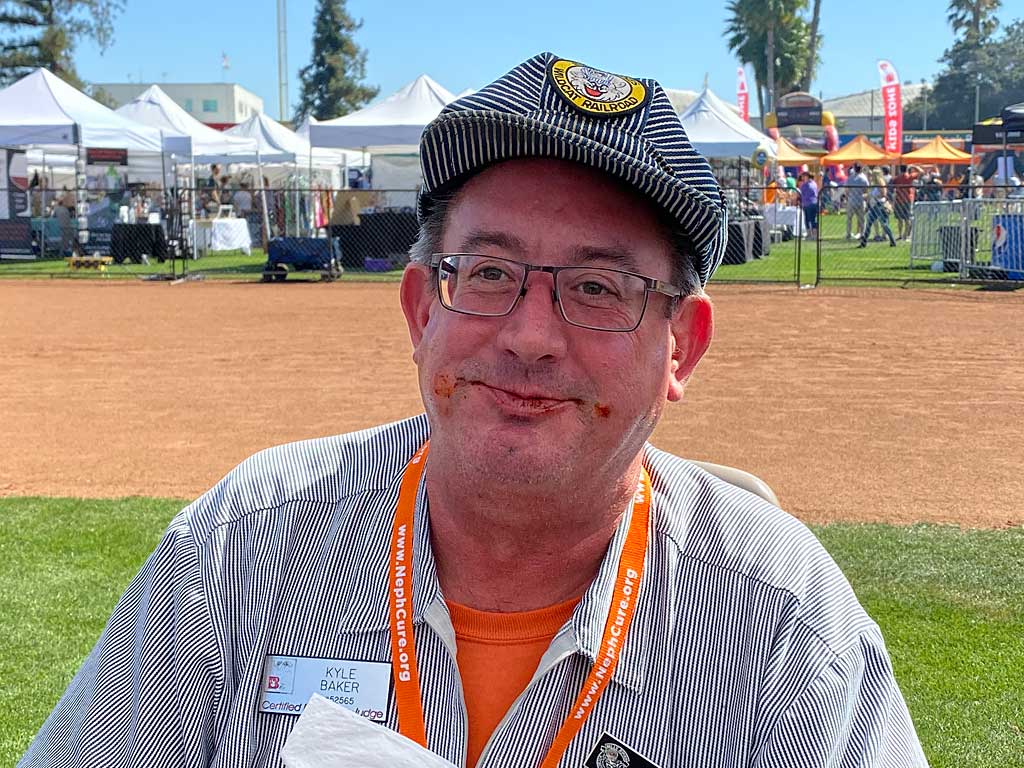 "You're not going to take a photo, are you?" says judge Kyle "Choo Choo" Baker. 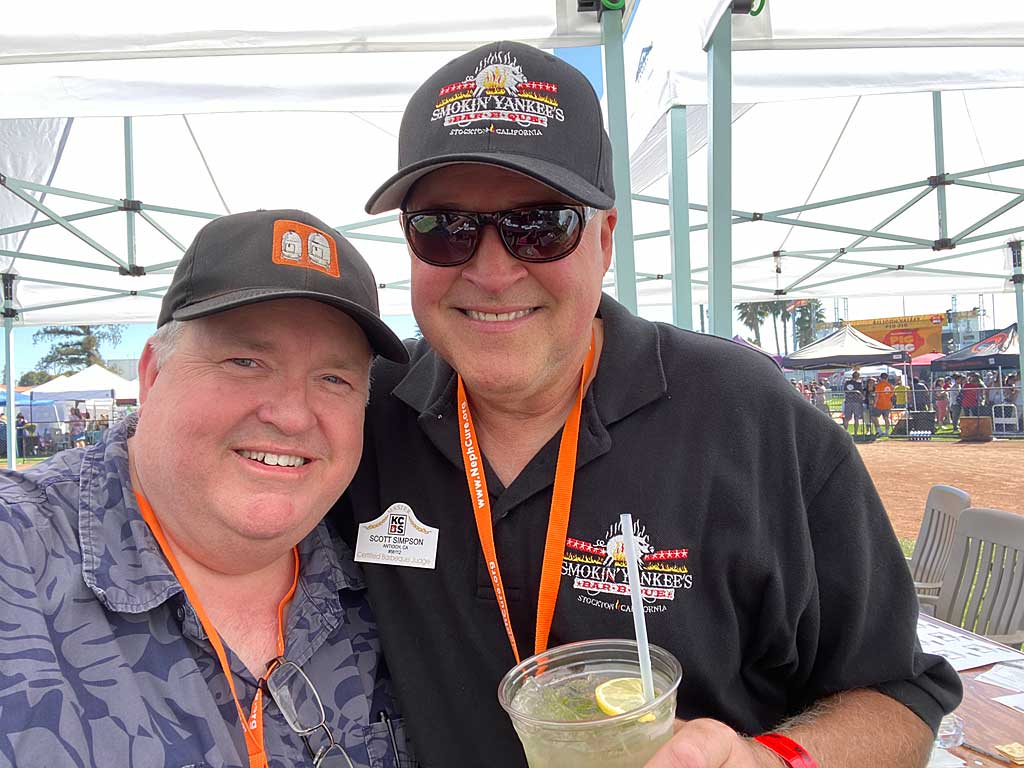 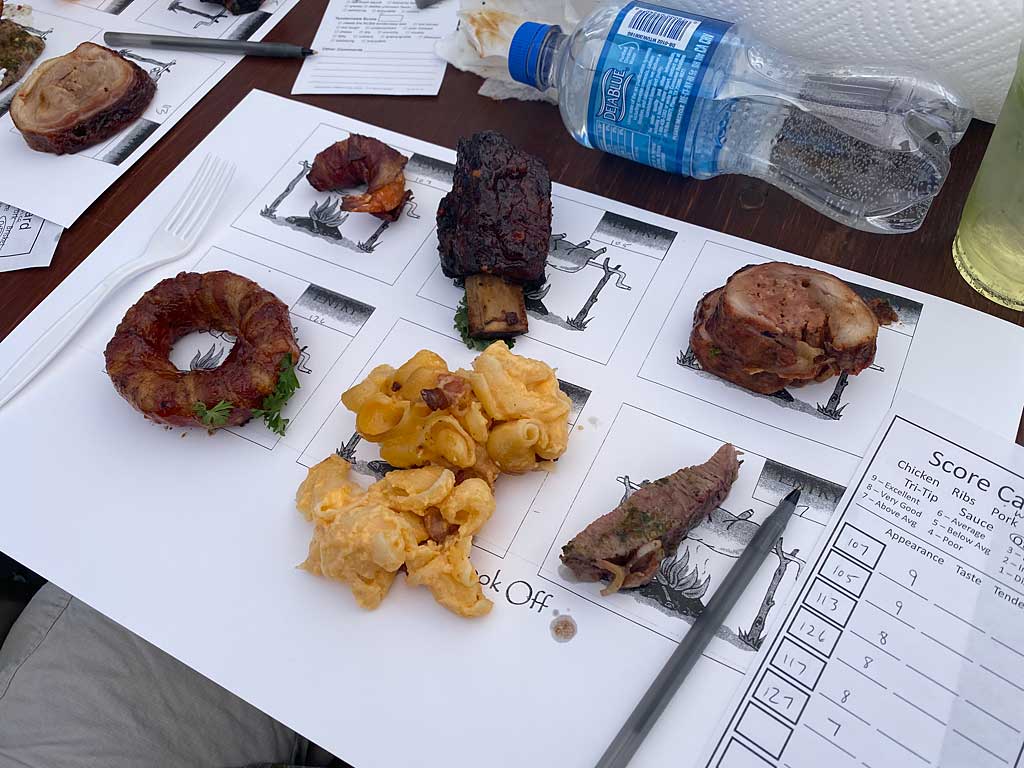 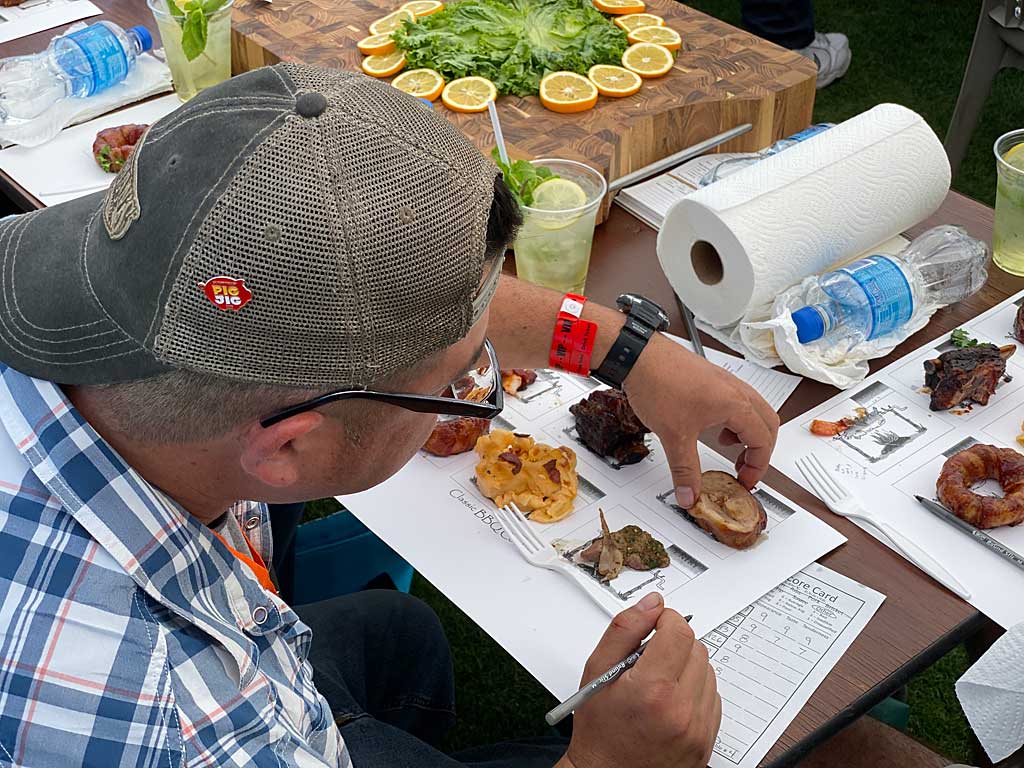 Judge about to evaluate taste and tenderness of entry #3 on his judging plate. 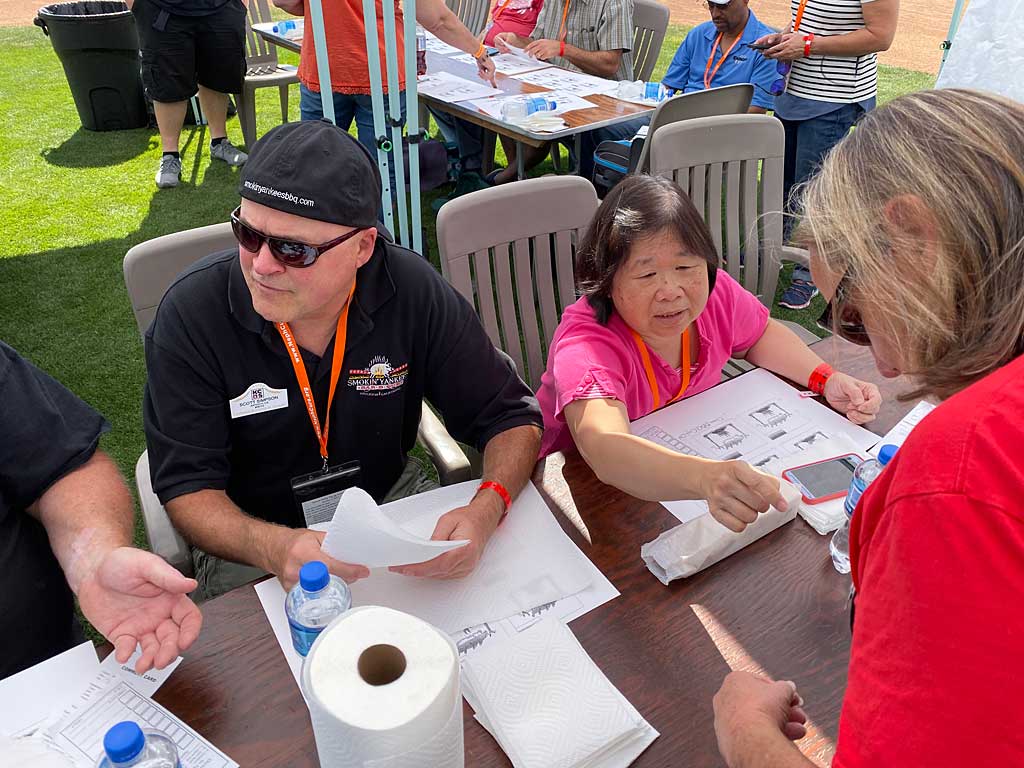 Judges Scott Simpson and Marcia Coy awaiting the next round of entries. 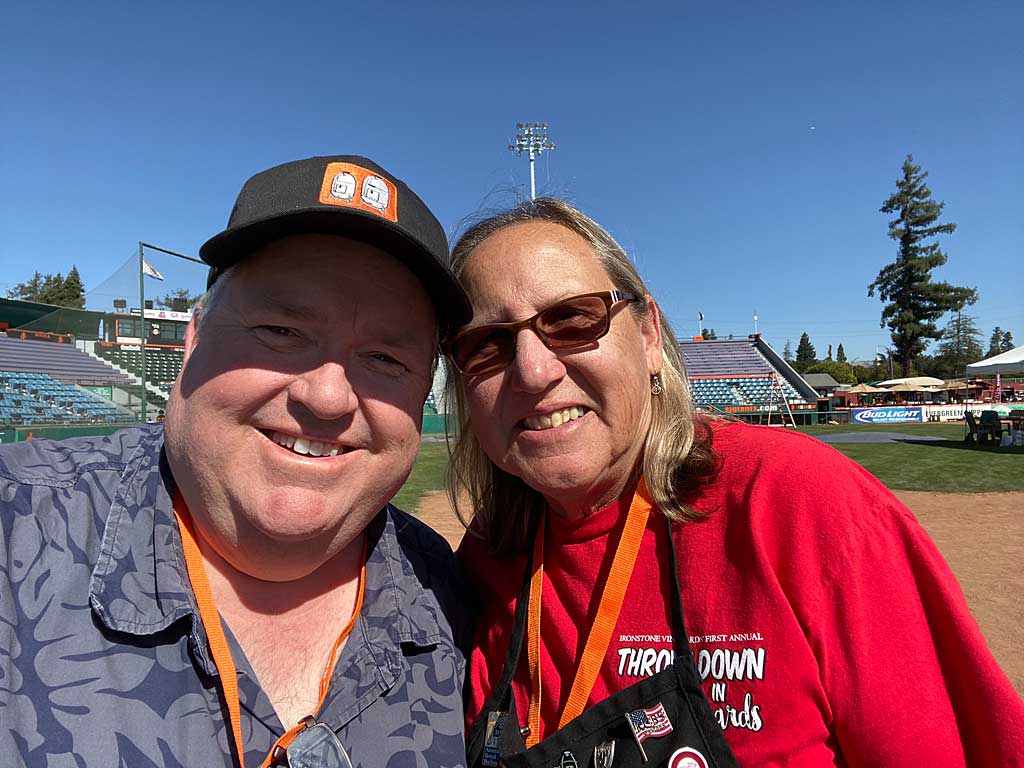 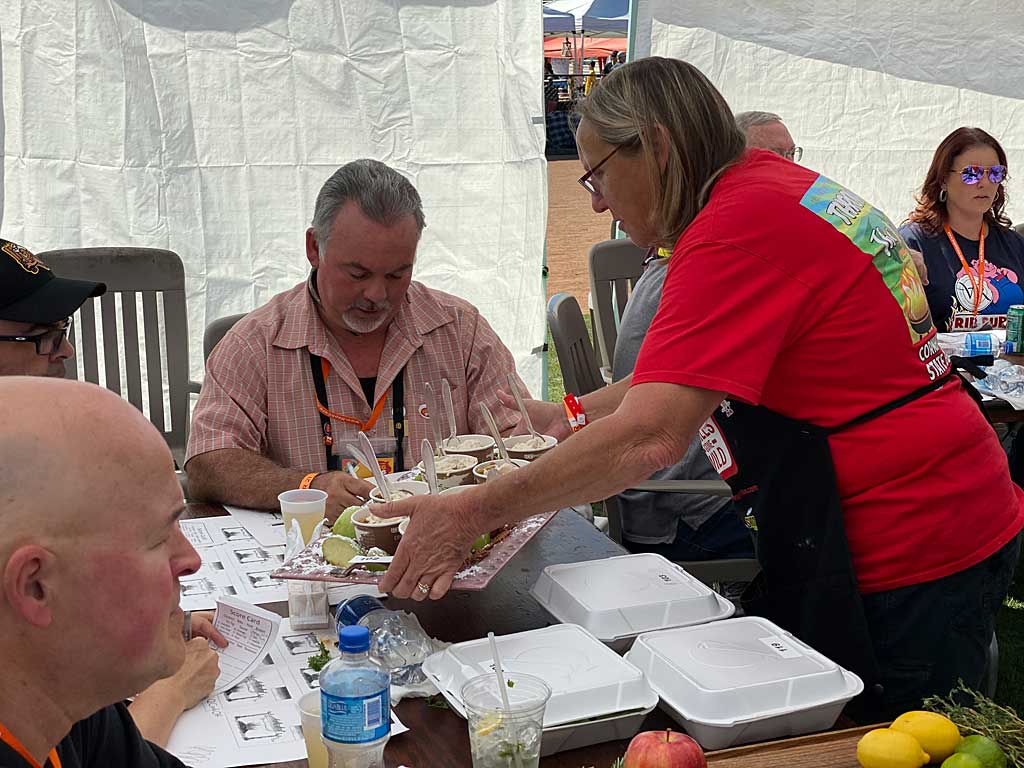 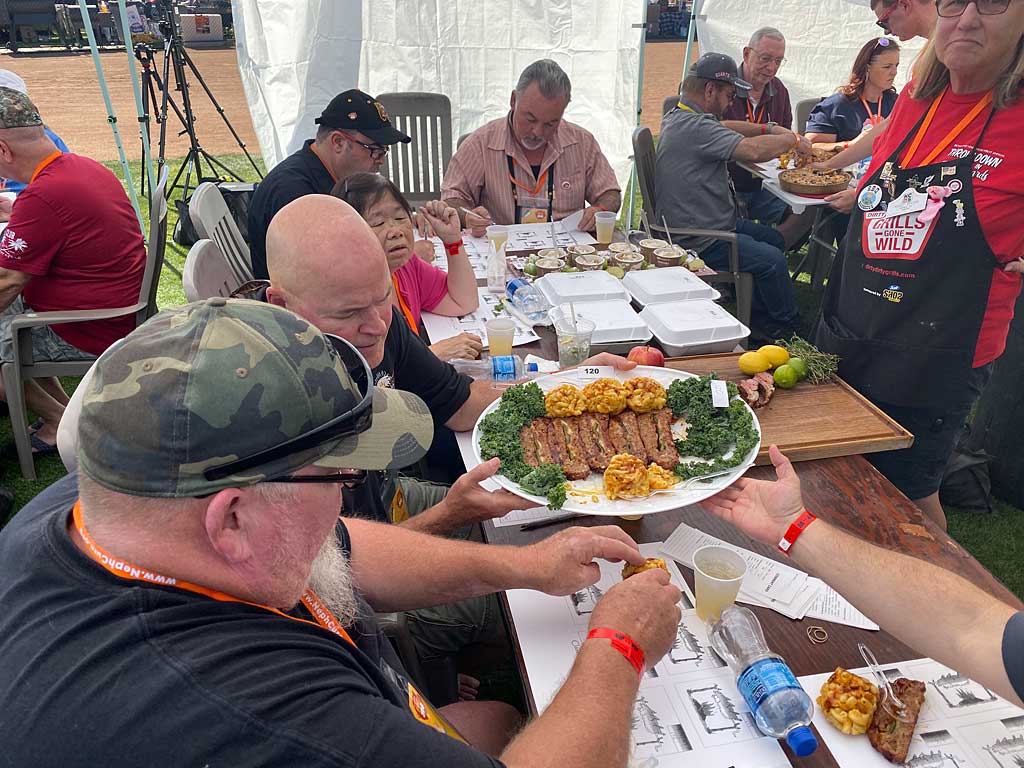 Judges taking a sample for evaluation of taste and tenderness.

Looks like a great time for a good cause, thanks for sharing. Sure are a lot of differ apparatus for cooking Q there, even spotted a Treager in picture 10, orange cord on the ground got my attention.
J

That was a lot of fun just looking at the pictures.... I can imagine what it must be like in person. That is quite a chore, judging all that food.
Chris, you sure look like a great guy to know. Ever going to be in the Boca area, please let me know.
You must log in or register to reply here.
Share:
Facebook Twitter Reddit Pinterest Tumblr WhatsApp Email Link
Top