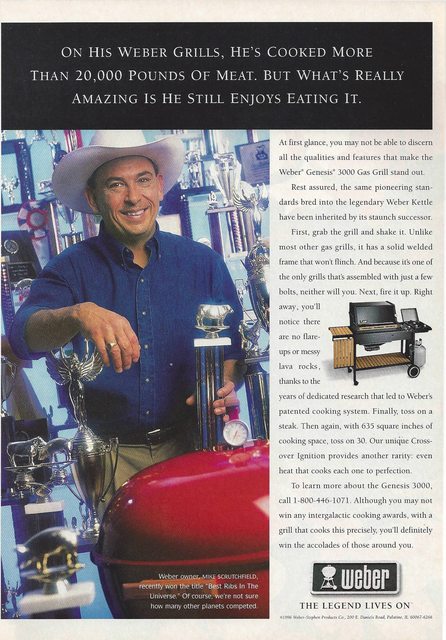 It's appropriate during the week of TVWB's 20th Anniversary to post this 1996 magazine ad featuring Weber and Mike Scrutchfield, the man behind "Best Ribs In The Universe" and someone who greatly influenced me when I took up barbecue and the WSM in 1997.

It's interesting that Mike won all those trophies using the Weber Smokey Mountain Cooker, yet they placed him next to a red Weber kettle to advertise the Genesis 3000 gas grill! The WSM just couldn't get no respect in those days!