I'm near the end of my smoke and I'm seeing probe reflections between probe ports: 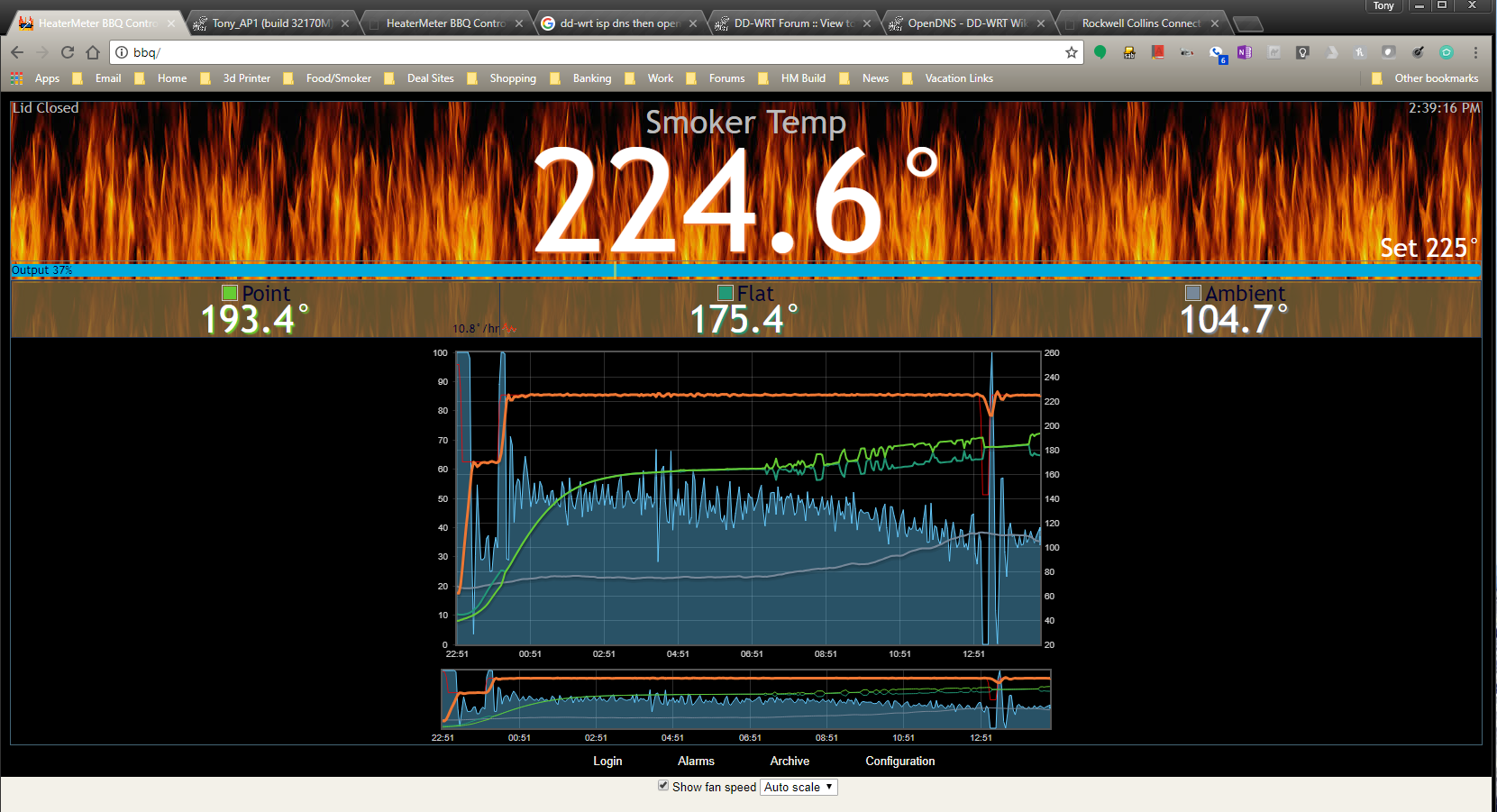 Maybe you should wash the flux off the board in the probe jack area (with isopropyl alcohol and a soft brush), sometimes this causes strange behavior with the probes.
T

I usually do that with my builds but this unit was one of my early builds so I don't remember. I'll take apart the case and have a look inside.

If you didn't have the graph image to back you up, I'd tell you that you were crazy but that's some of the craziest stuff I've seen! I see the red noise indicator on Probe2 (middle food probe) which would indicate a potential problem there. That means its value is varying by large amounts (something like over +/-10F) over the course of the 16ms of sampling. That's something else either feeding into it or it feeding into somewhere else and changing its value. Like Ralph said, you're going to want to check your board out but you can also check to see if something is coupling voltage onto the probe wiring. See if adjusting the probe wires so they don't touch each other or maybe something metal in your smoker is causing some sort of interference.

Your temperature amazingly solid, great job on tuning by the way.
R

What kind of probes are you using? I"m hooked on thermoworks because they work great without the quirkiness of other probes. Bryans posted reminded me of some Maverick probes I had (I think 732) that wouldn't work right unless I grounded out the braid on the cable. These probes caused something pretty much like this as a result of the braids touching each other, or not, during a cook... Maybe you have something like that going on...
You must log in or register to reply here.
Share:
Facebook Twitter Reddit Pinterest Tumblr WhatsApp Email Share Link
Top