Anyone tried Cascatelli by Sporkful?

Staff member
Has anyone tried the new Cascatelli by Sporkful pasta from Dan Pashman, the guy who does the Sporkful food podcast?

The backstory is that Pashman wanted to invent a new pasta shape (you'd think they'd all been done) with improvements in being able to fork the pasta ("forkability"), how the pasta holds sauce ("sauceability"), and with good texture ("toothsinkability"). It was a long and difficult process for Pashman to achieve his dream, but once introduced it took off like wildfire, and even those professionals who were skeptical at first now say it's a great pasta with some very nice eating qualities.

It's been extremely hard to buy due to popularity and supply shortages, but availability is improving and I've got four boxes on order from maker Sfoglini. It's now on store shelves at The Fresh Market supermarket stores on the East coast, and Pashman recently inked a deal with Trader Joe's where it should start showing up early next year at a much lower price point. 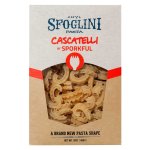 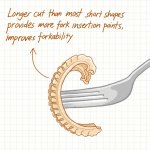 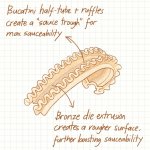 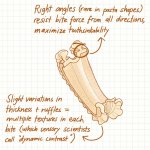 No I haven't tried it, but I now have another excuse to go to Trader Joes.
FYI My daughter just retired two weeks ago after working for TJs for 25 years and moved from Cali to Surprise, AZ (near Phoenix) .