Staff member
Yesterday was the sixth time I've had the privilege of judging barbecue at the Silicon Valley BBQ Championship sponsored by the Rotary Club of Santa Clara, with proceeds going to support their charitable efforts.

Forty-six professional teams and 20 backyard teams showed up to compete for cash, trophies and bragging rights at Santa Clara's Central Park. Pro teams came from all over California, and one team--The Smoking Hills--made the 1800+ mile trip all the way from Overland Park, Kansas. Good of them to come all that way!

Of course, the pro teams cooked the four standard KCBS competition meats of chicken, pork ribs, pork butt, and brisket. The backyard teams served their best tri-tip and chicken entries to the judges. This contest does a great job of fostering new pro barbecue teams via a robust backyard contest. I had a chance to talk with one such team, Nearly Famous BBQ of Santa Clara. Yesterday was their first time out as a pro team. Their goals: Have fun and don't finish last overall! Good news, they accomplished both goals, the second one just barely!

The California BBQ Association Ambassador Booth was up and running in Santa Clara, educating the public on how they can become certified barbecue judges and how they can get into backyard or pro competition barbecue. Volunteers make all the difference in this effort, so kudos to Tracy Allen, Donna Fong, and Scott Simpson for spending their Saturday afternoon doing this good work. 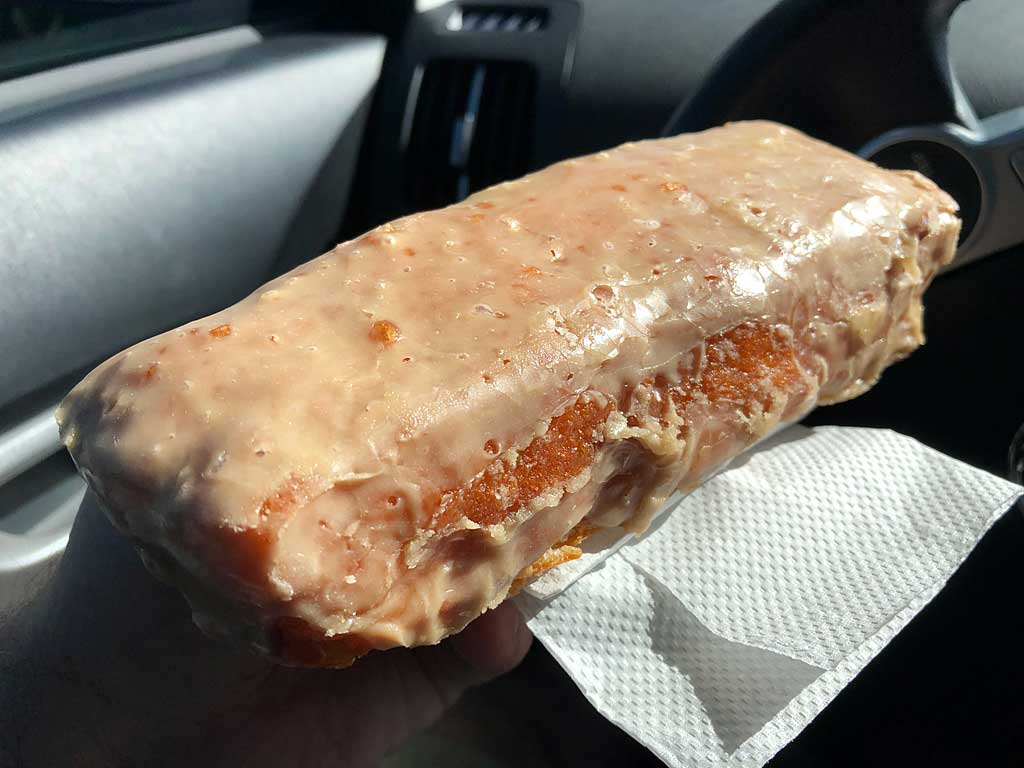 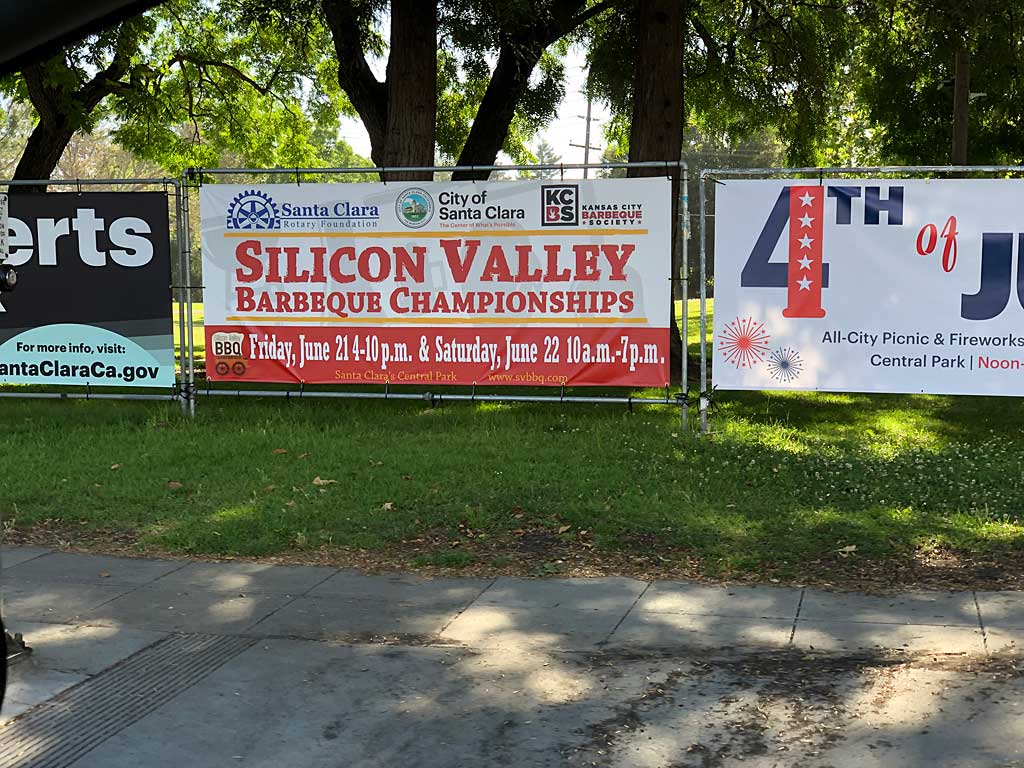 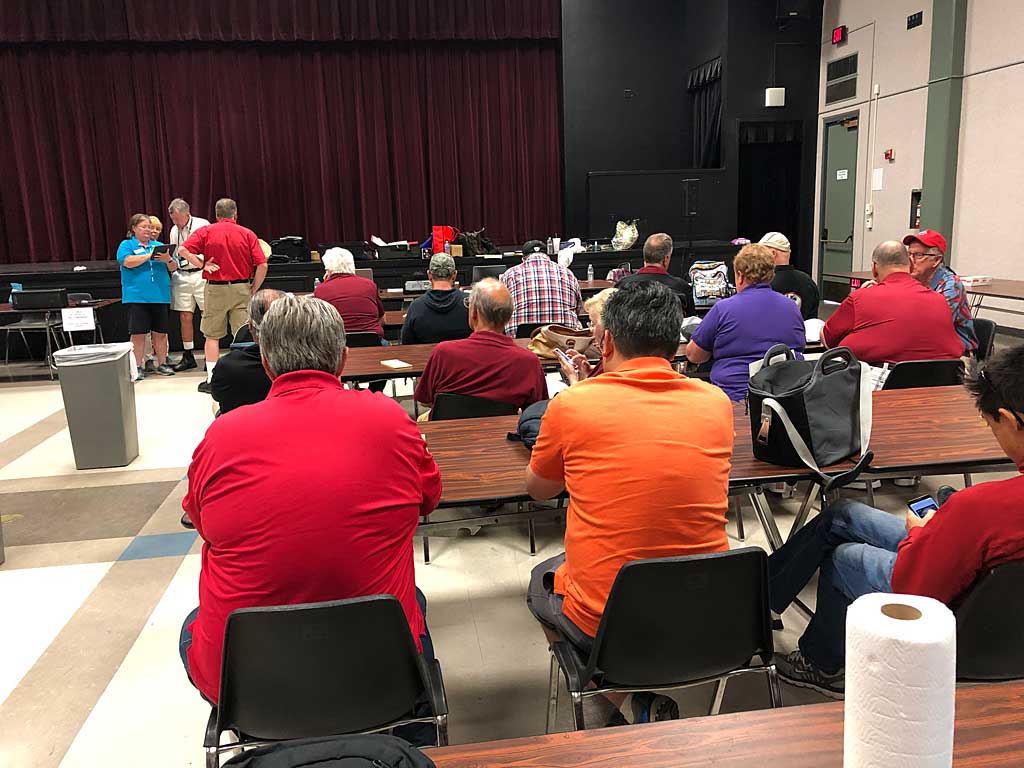 Judges gather prior to the Judges Meeting. 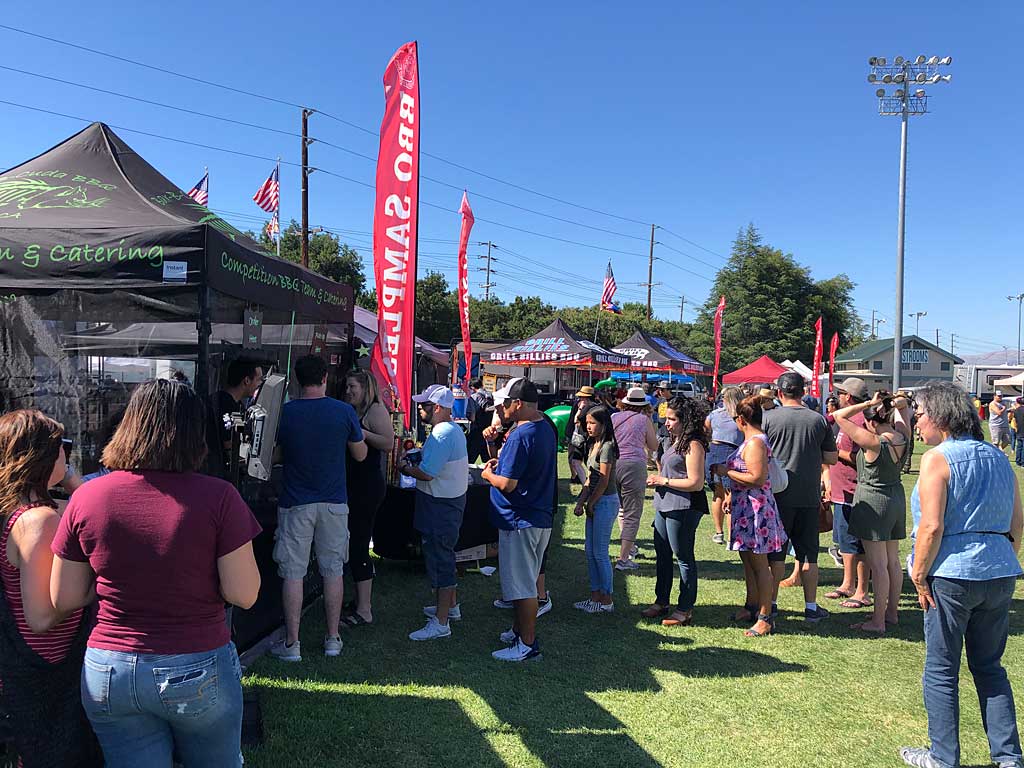 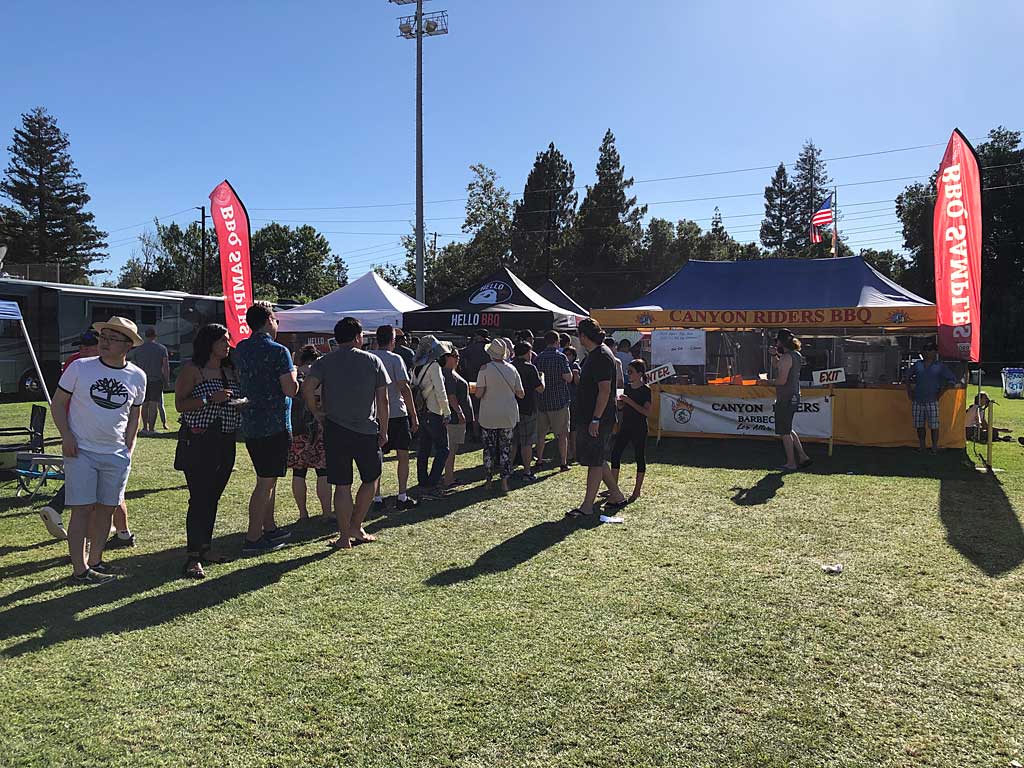 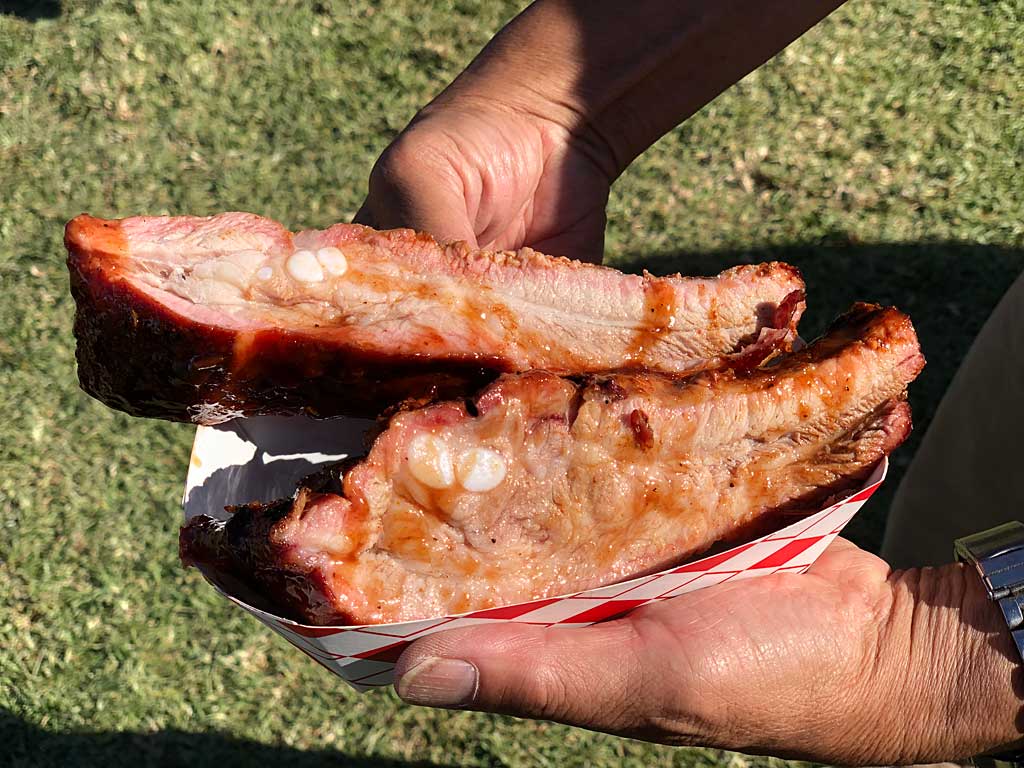 The long line pays off! 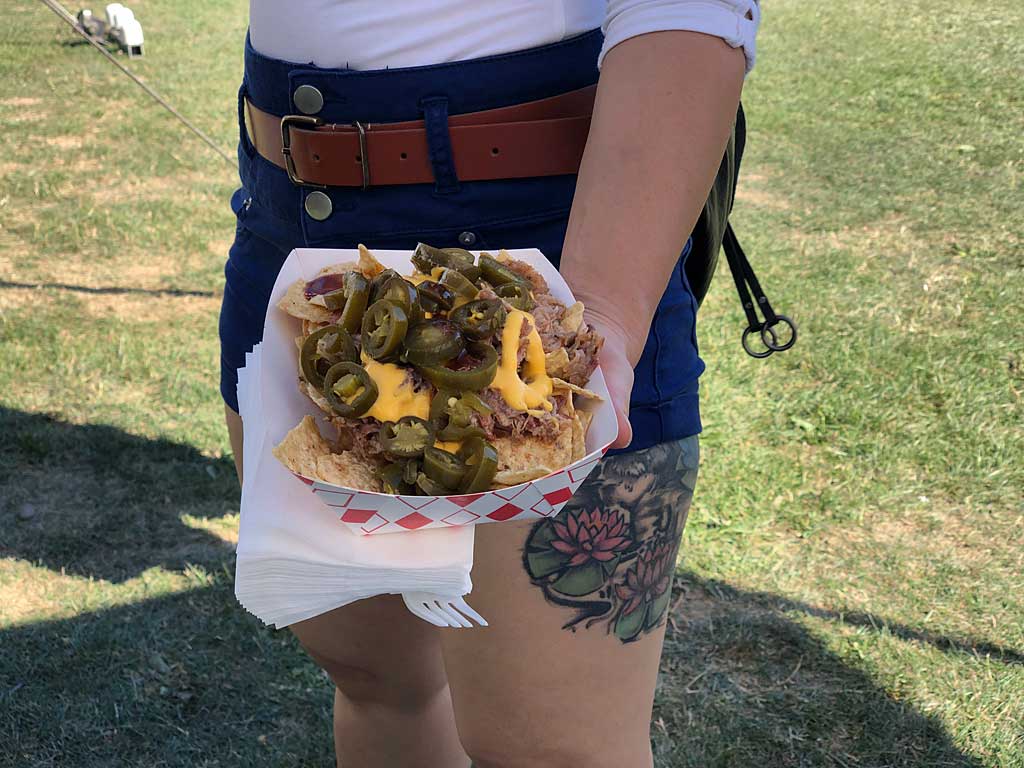 How about pulled pork nachos? 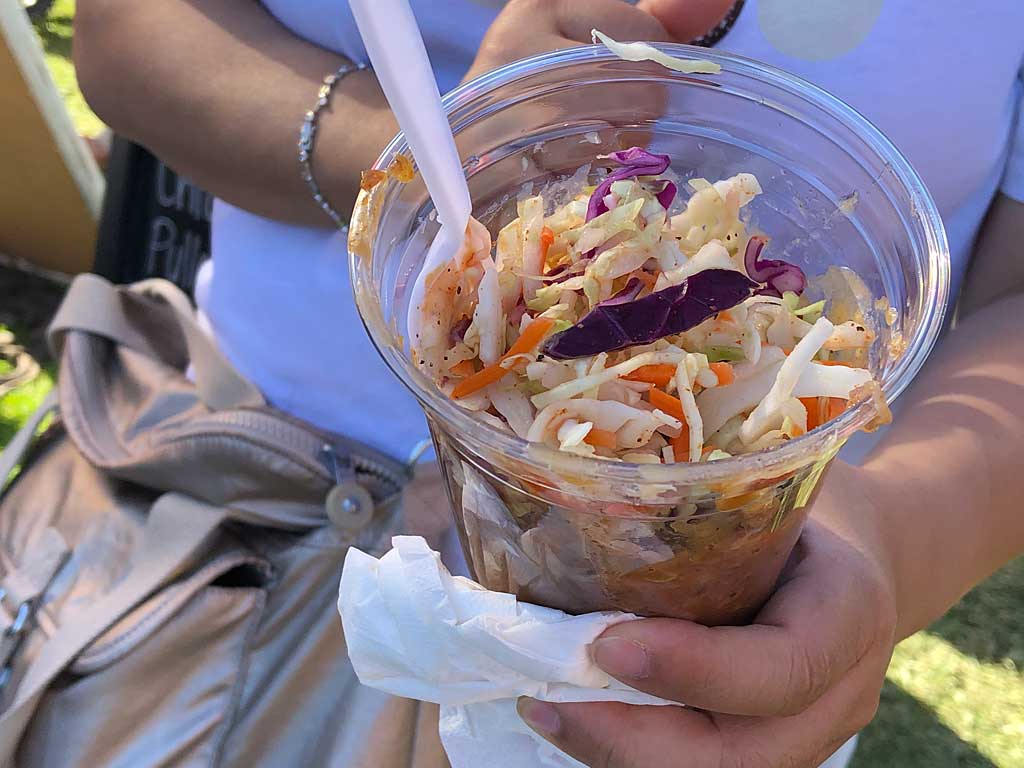 A barbecue sundae...pulled pork and coleslaw in a cup! 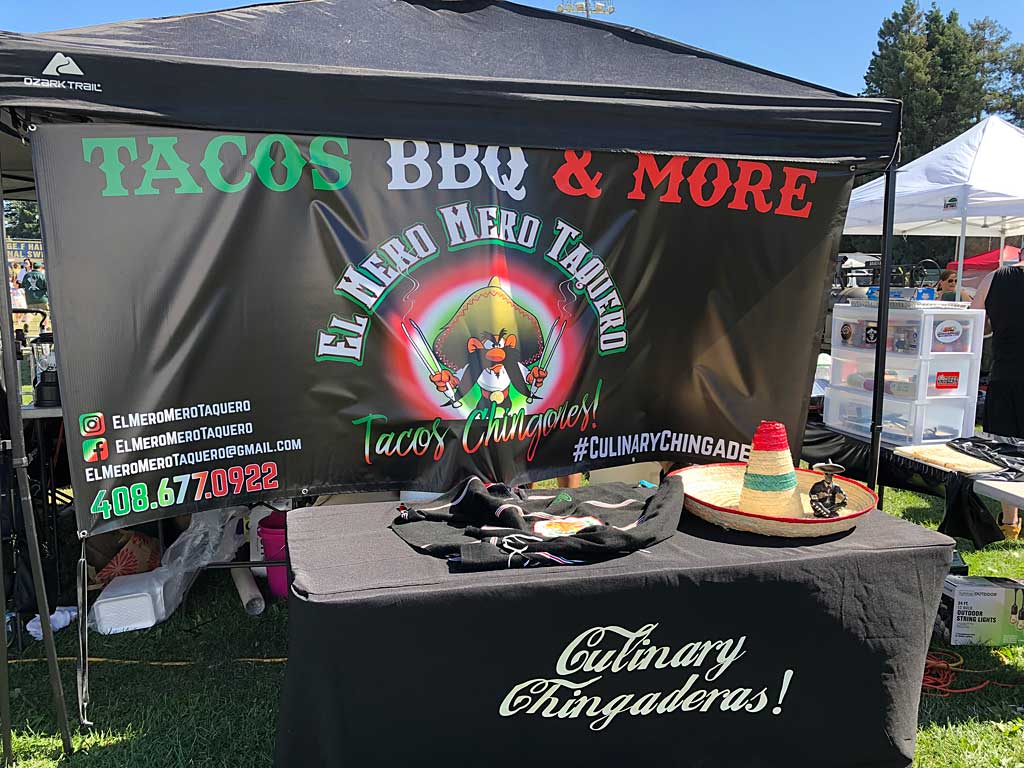 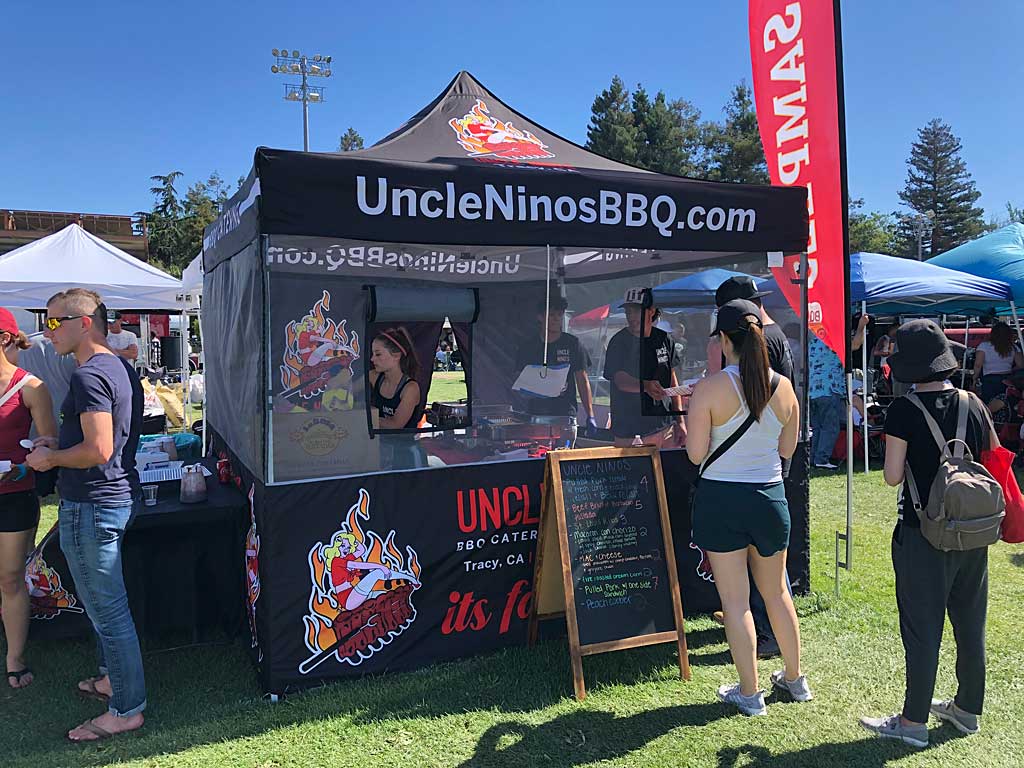 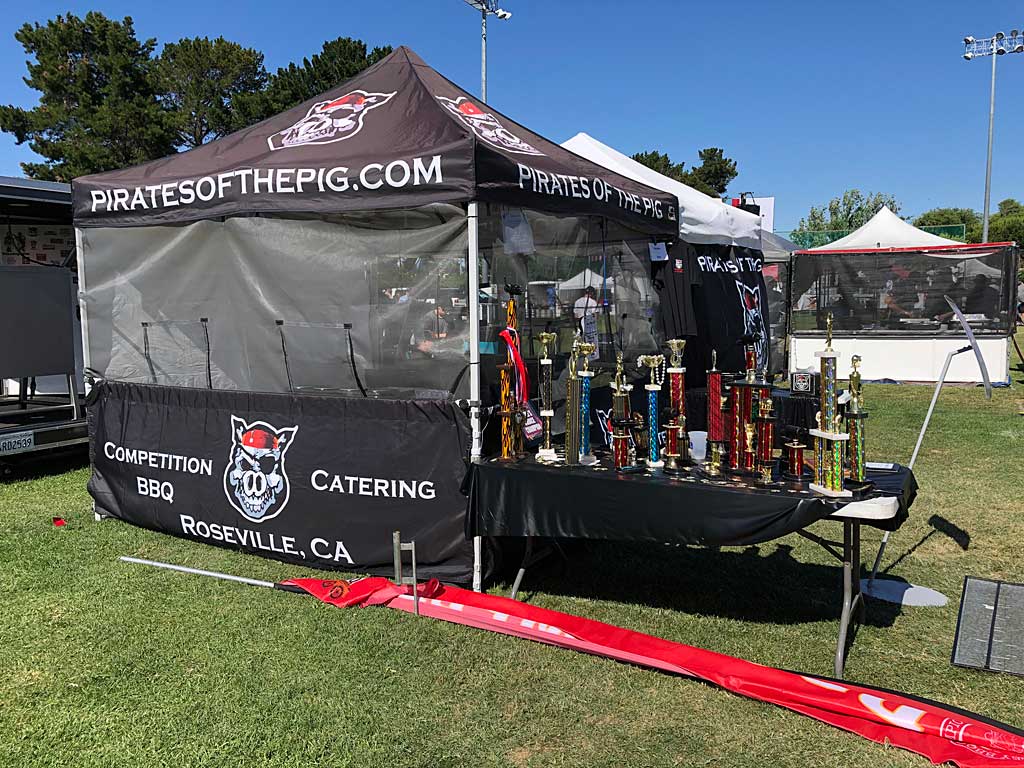 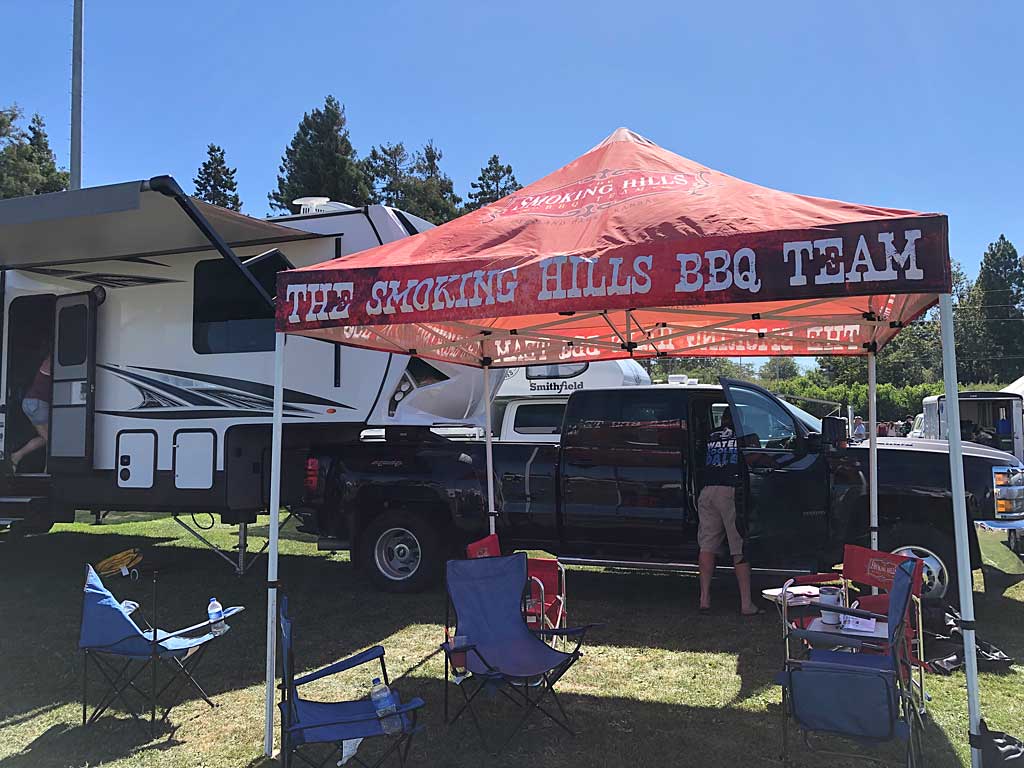 The Smoking Hills drove all the way from Overland Park, KS to compete at the Silicon Valley BBQ Championship. Welcome to California! 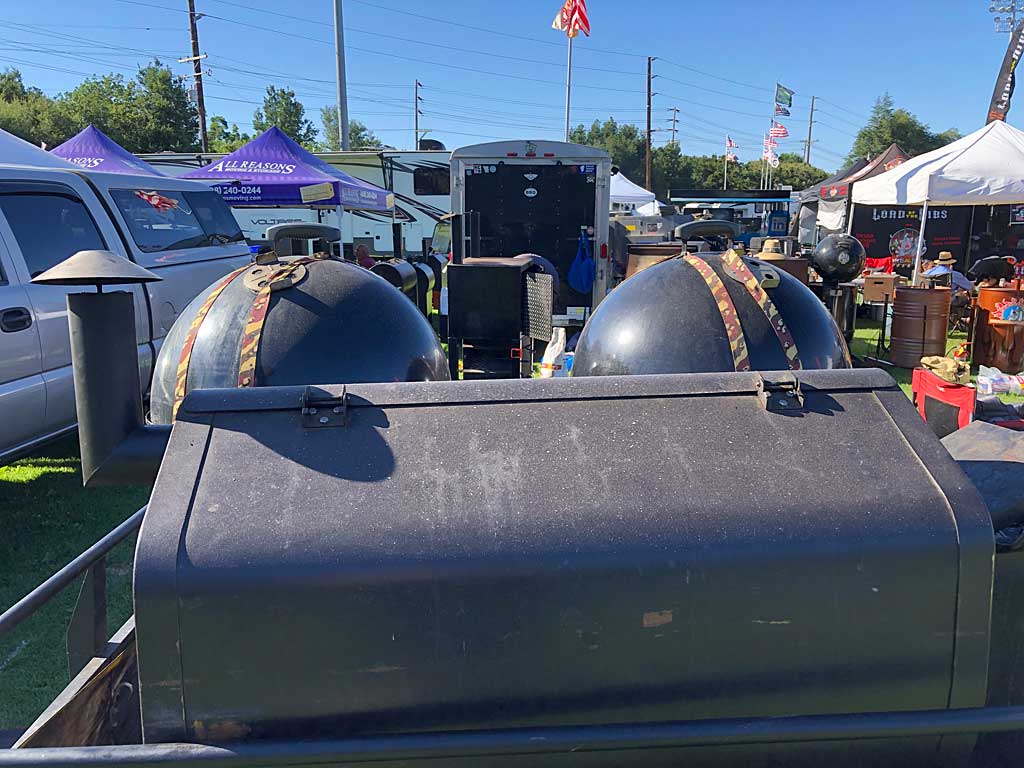 A couple of Weber Bullets in hiding... 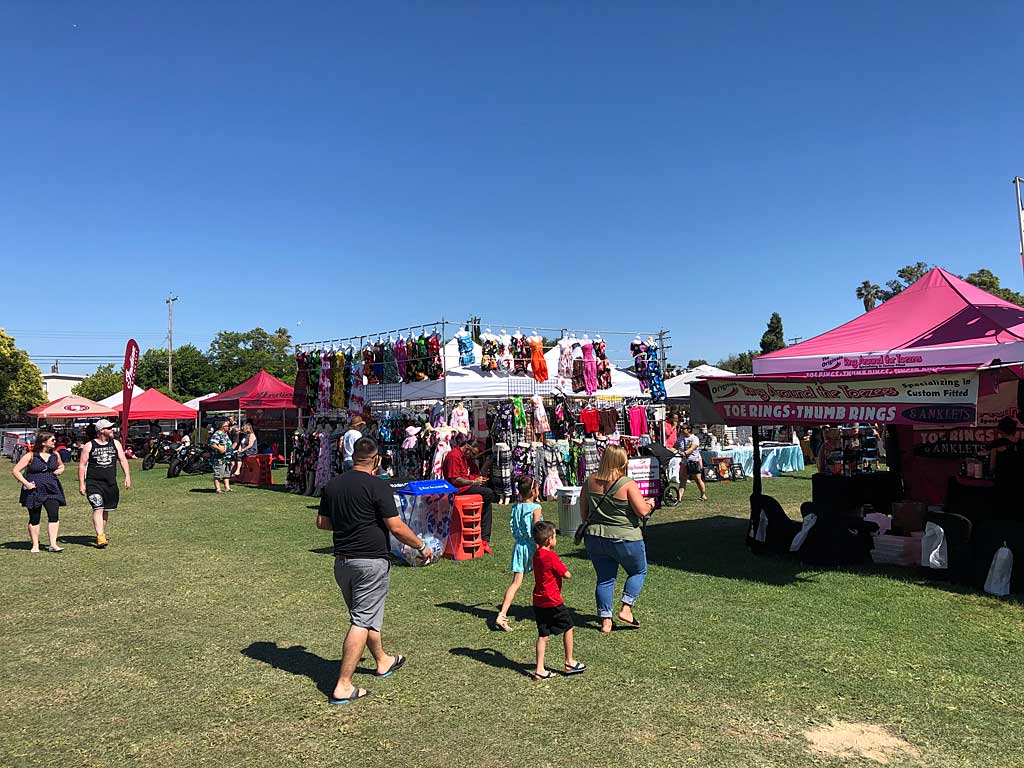 Folks were checking out the arts/crafts and vendor booths. 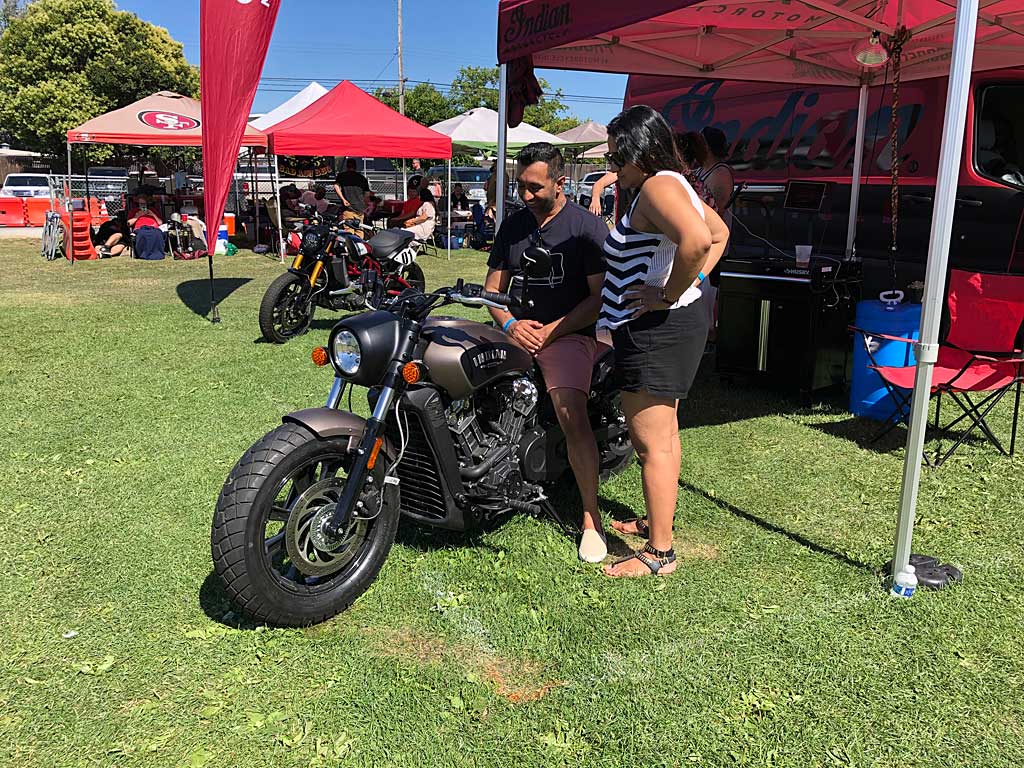 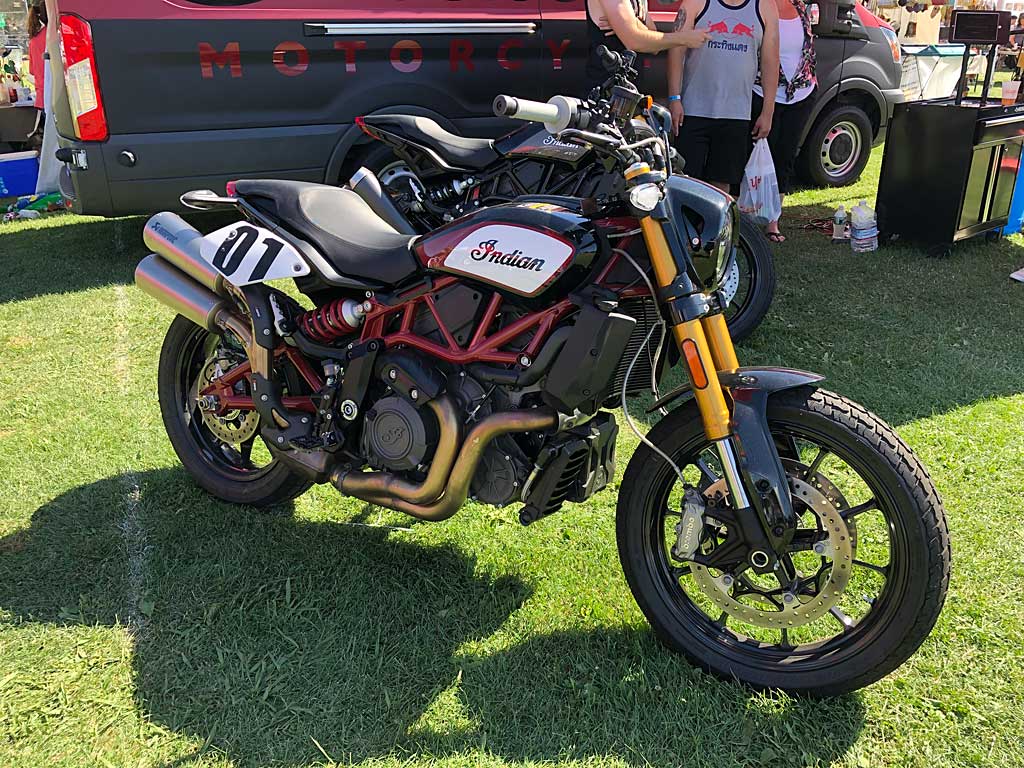 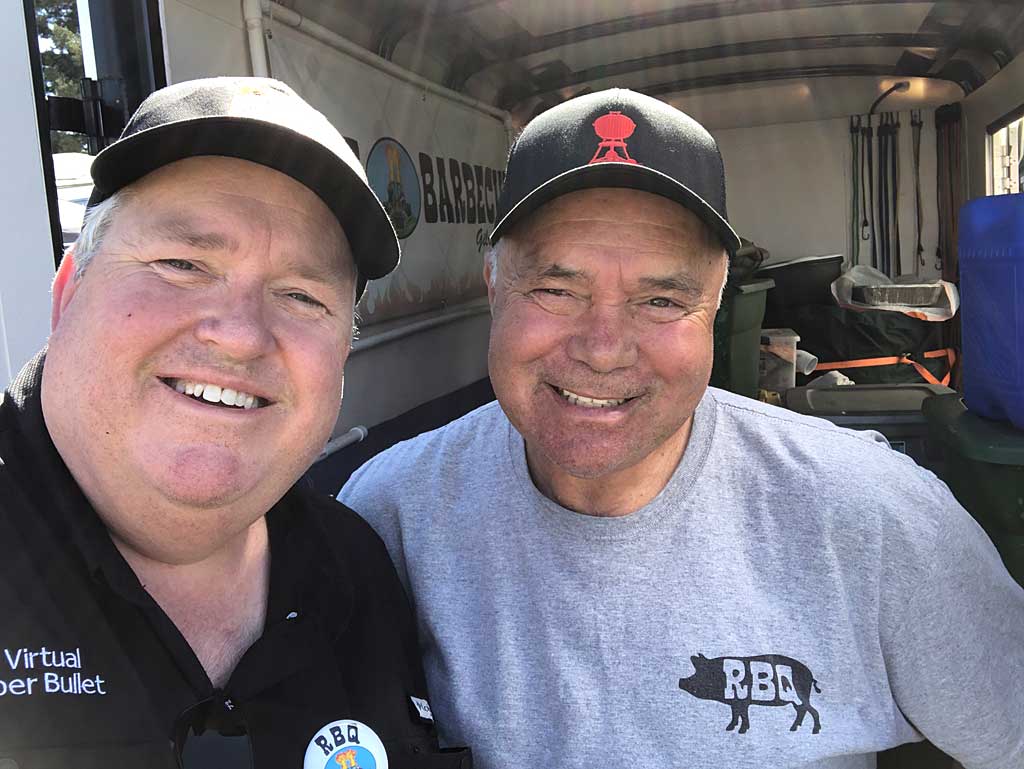 Always good to see Rick Brandini and his RBQ team at a contest. Thanks for the button and sticker, Rick! 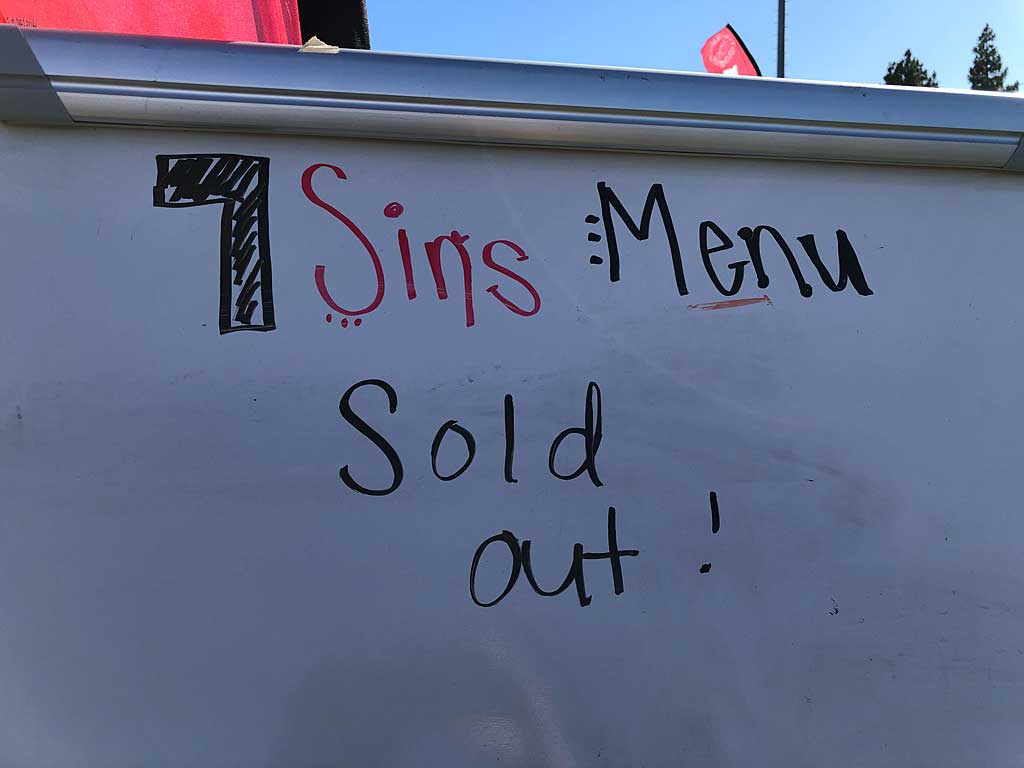 Gotta be decisive, the best barbecue sells out quickly! 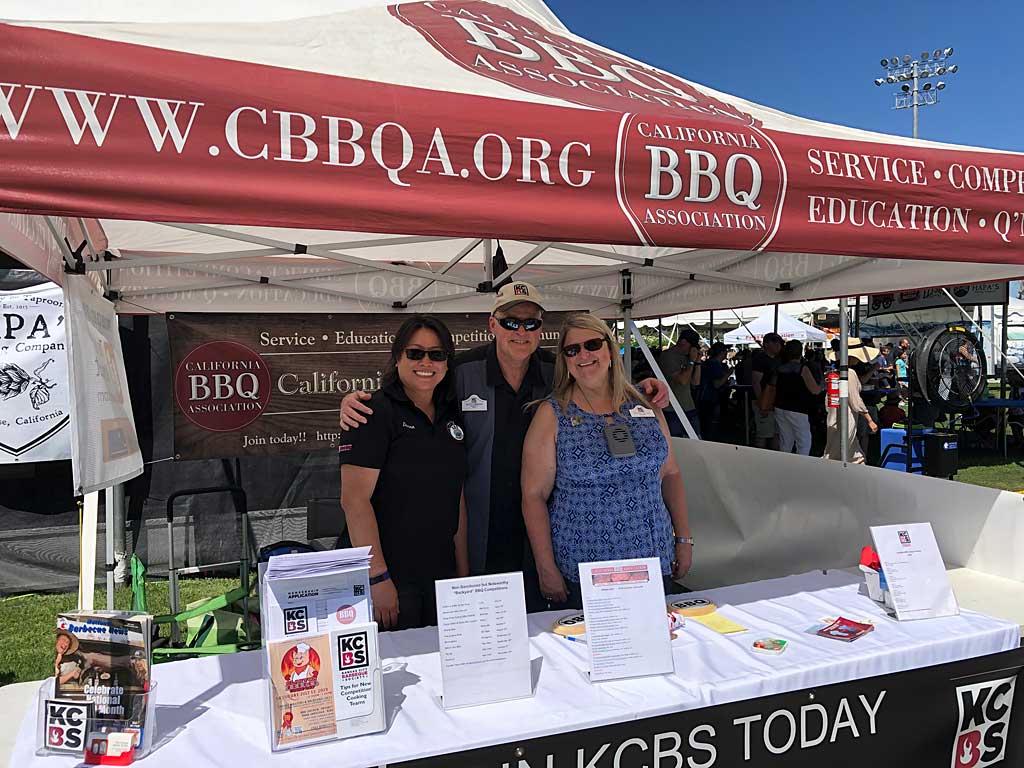 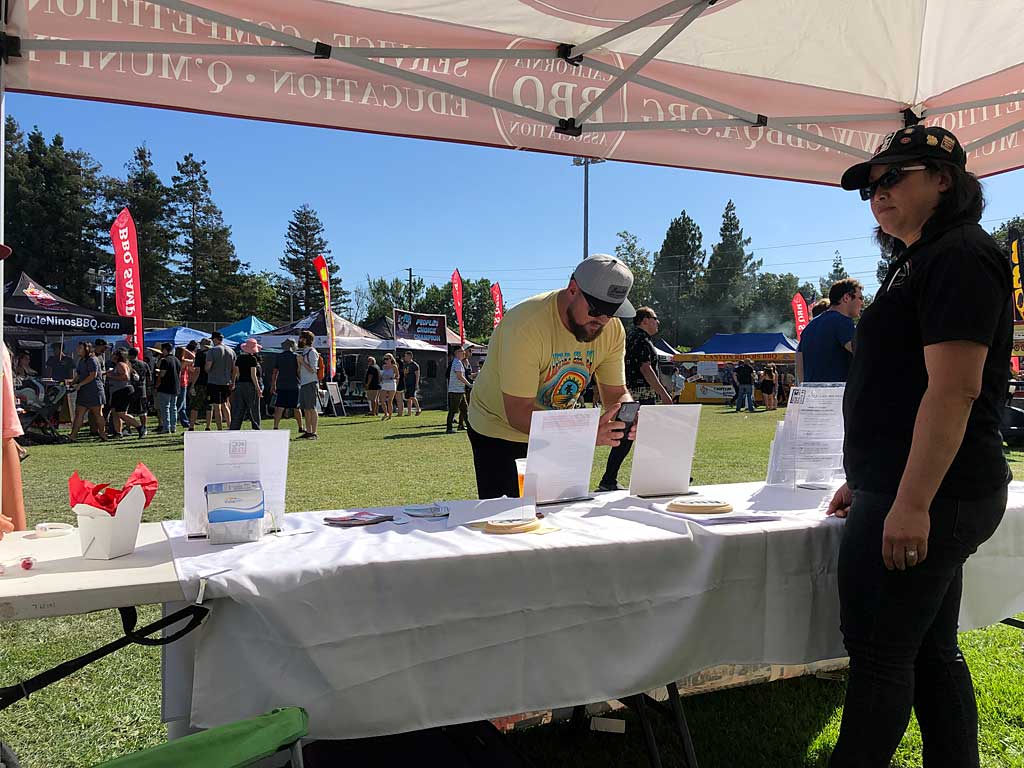 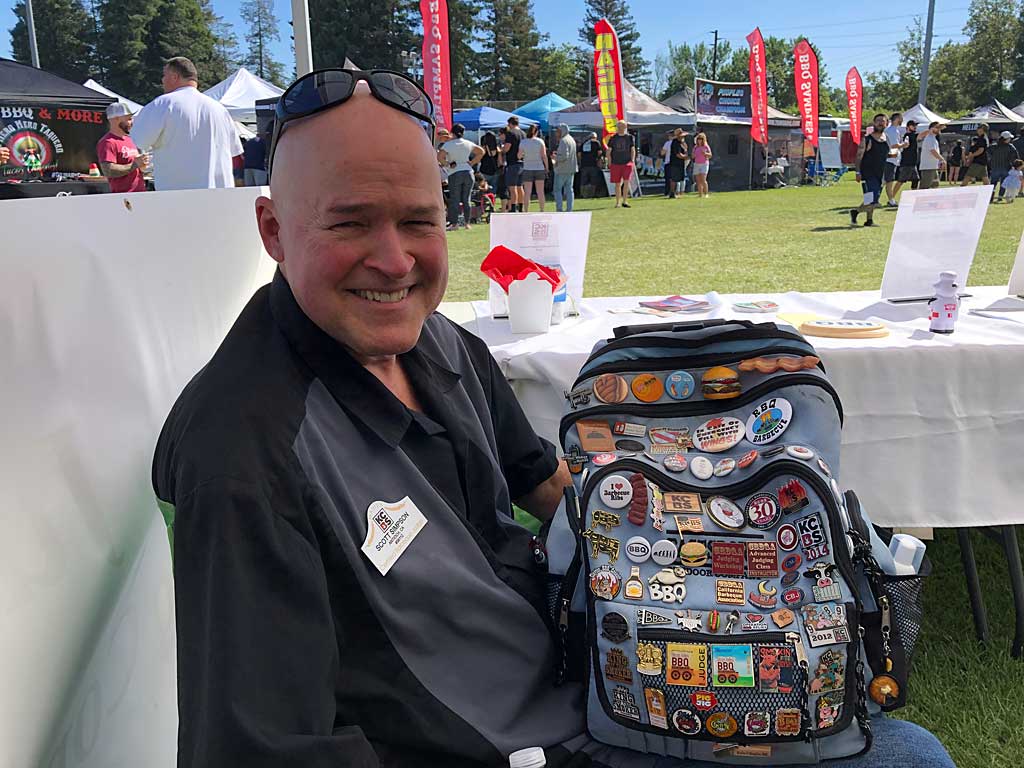 No one has a larger backpack pin collection (and sore back) than Scott Simpson. If you look closely, you'll see four TVWB pins! 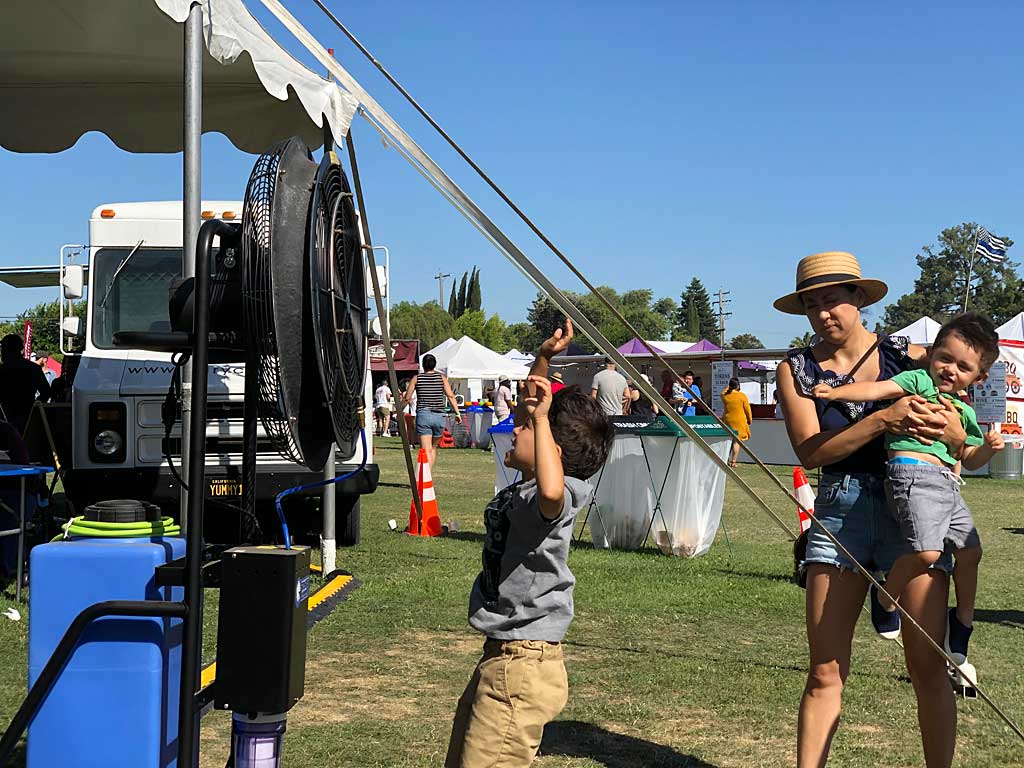 Little guy cooling off in front of a misting fan.

I've always enjoyed this contest. Alexa and I have had very good luck there and we always love stopping at Casa de Fruta on the way home to Arizona! Chris, I know you remember back in 2014 when the top three teams overall in the pro division were all WSM teams!
You must log in or register to reply here.
Share:
Facebook Twitter Reddit Pinterest Tumblr WhatsApp Email Link
Top