With Welsh coal he would be a different engine!

My CharQ and Henry the Green Engine

When my sons were young boys, we spent many hours watching Thomas the Tank Engine. On one episode, Henry the large green engine was having a terrible time trying to make enough steam. He wasn't able to do his job and Sir Topham Hat, the railroad controller, said Henry might have to be replaced. Then, the fireman explained to the controller that Henry's firebox was small and that the poor coal they had been getting wouldn't allow Henry to make enough steam. "If Henry had Welsh coal he would be a different engine!" the fireman suggested. 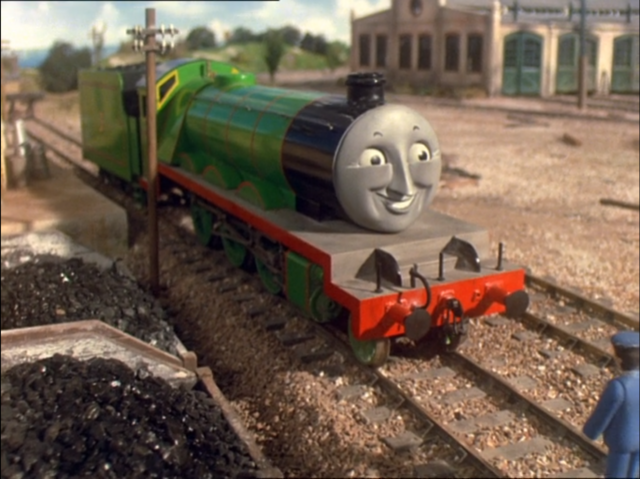 This old children's story reminded me of my first tryouts with the somewhat rare Weber CharQ I picked up for $25. There are some really nice things about this grill. I especially like that I can swap it out with my Q2200 on the same cart or take it to a picnic or short trip. However, much like Henry the engine, the CharQ has a pretty small area for charcoal and maybe less than optimal airflow. On my first grilling sessions, I used my favorite Weber charcoal briquettes. They don't heat up as fast but are great for long burn time. It might be partially that mine were a little stale, but they took their time getting fully hot and didn't quite deliver the high heat searing I was hoping for. I think that Weber's briquettes are great for low and slow BBQ but not for this situation.

Costco is running a sale on Kingsford Professional (formerly Competition) briquettes. I watched a video Chris did comparing these briquettes with Weber and two other types. When I saw how the Kingsford Professional did in getting to a very high heat the quickest, I realized this might be the "Welsh coal" my CharQ needed. I bought the two pack on sale $6.00 off at Costco for just $13.98.

CAN'T FIND THE VIDEO CHRIS DID COMPARING CHARCOAL BURN TIMES. CAN ANYBODY HELP WITH A LINK?

I did my real BBQing on Saturday (ribs on my Rec Tec), but Memorial Day seemed like a good time to put my theory to the test. Wow! This charcoal does get up to high heat fast! I will stick with Weber for my kettle barbecuing, but for the CharQ this is it. If anything my fire was a little too hot, so I will have to keep practicing. But the CharQ I think has earned a keeper spot at my house.

(One additional plug for this unusual Q is that just like it's LP brothers, it is stingy on fuel use. I think you can get several cooks out of one small batch of charcoal.) 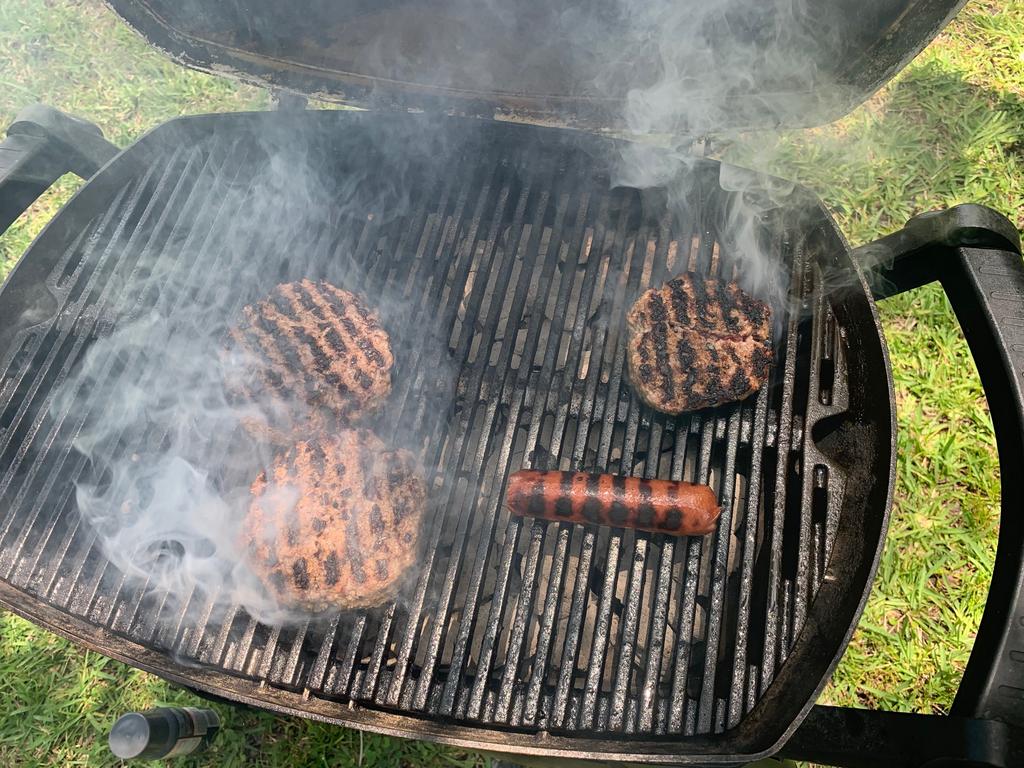 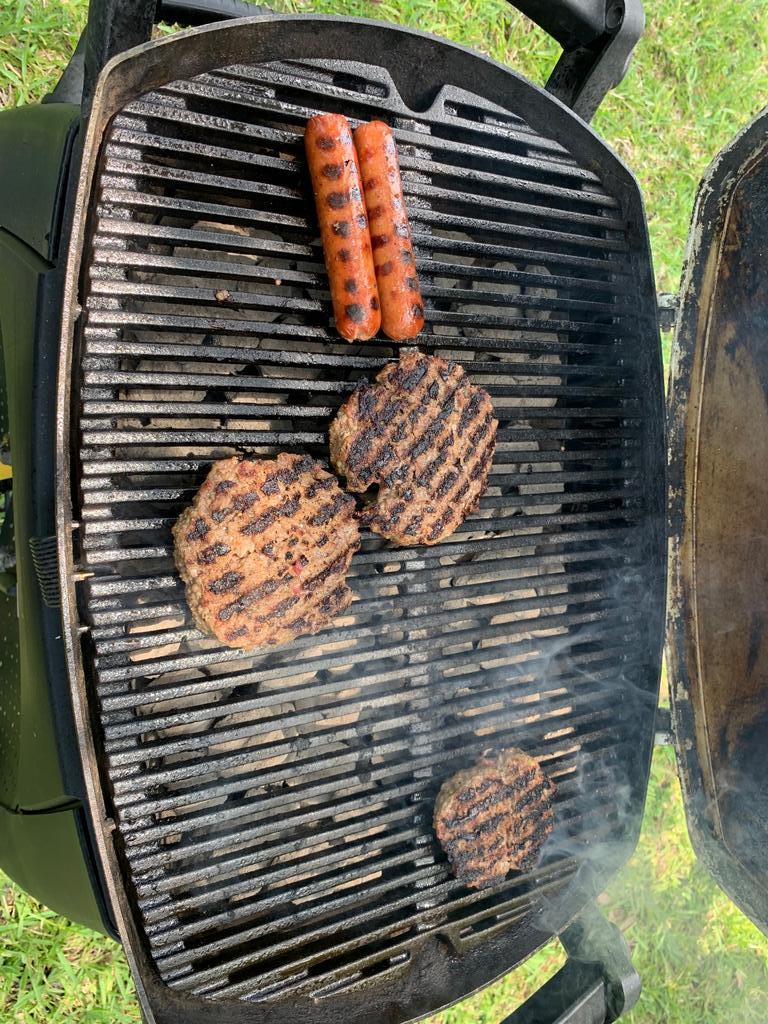 So jealous! I had the rare opportunity to purchase a char-Q several years ago. The seller was asking about $25 more than I wanted to spend, and wouldn’t budge on the price. Seeing your posts, I’m really kicking myself for not getting the grill!!
Great find and a great post! Thanks for sharing.
Tim

Jon, did you ever get this grill fixed up or is it still "IN USE" condition.

Not fixed up yet. Partly due to being so far behind on paying projects, but also I USE this cool little grill and don't want to take it out of service. I have an off the wall painting plan, but there are some other Q grills to do first.

Yah, Jon, unless you are going to sell it, I see no real reason to do a full rehab on it. Just a good overall cleaning and fire it up. Basically, for a keeper, you could just do a lid repaint and drive on. As said before, one cook and the insides are dirty again so no sense taking that down to bare metal if you are not trying to sell it.

Funny read Jon. My son loved Thomas videos as well. And me too ... lol
I have to find a CharQ myself. I fired up that ivory Smokey Joe Premium I brought from Germany a few weeks ago and I am not impressed. That design with the vents on the side vs vents at the bottom is less than ideal. Or let me be more direct: It sukks.. lol
Yes it grills and you can probably heat brats and burgers but it does not sear at all. Not sure Welsh coal would make a difference but I really would like to try a CharQ. It cannot be worse than a Smokey Joe Premium. I decided to stick with my 22" and the vortex.

And by the way we had some original English Thomas videos from the UK. The narrator was Ringo Starr.

Stefan,
I have an old Smokey Joe (never used - just for display). It has a classic Weber vent on the bottom and I think would work much better. The CharQ (with Welsh or at least B&B or Kingsford Professional fuel) is a great grill for high heat searing and grilling. I would never personally try anything that required low temperatures or longer cooks because it just isn’t designed for that. That’s where a kettle (or I am sure, though no experience with, a WSM) really shines.

Yeah, I miss our Thomas days. The old episodes that we had, too, with Ringo Starr were definitely the best!
C

Yes, Thomas my son watched that for years. I had it in a dvd player for months straight on repeat. Lol
WSM are great, you need to get one Jon, these things are awesome, is a whole another dimension. Only thing WSM is a time investment. Get the 18 inch model. Highly recommended it.
Last edited: Jan 11, 2020
R

Jon; great post and I use my "old" Smoky Joe around once-a-week to grill some steaks or pork chops for the wife, our 11 year old pup "Manchas", and I.
C

Jon, btw the charcoal from Costco will be perfect for the WSM

I will tell my wife that I need another grill as long as one of you guys will give me a place to stay if I get tossed out of the house!

I have seen some good deals on used WSMs and have been tempted. I originally thought the 22” one was a great idea, but I have heard a lot of negatives since then, especially about heat loss through the large flimsy door. Sounds like the 18” is the better machine.
C

...lol
I got my 18 WSM few years back, as long as you have the time it cooks delicious food. Besides in Florida it can be used year round.
When you get one, smoke some ribs from Publix, should take just few hours.
You must log in or register to reply here.
Share:
Facebook Twitter Reddit Pinterest Tumblr WhatsApp Email Link
Top