Well, I never was much for poetry, but something like that. Have a couple big posts I need to get on here before I get too busy with harvest so here goes. Early one Sunday morning, got a call from a friend who was loading fat hogs and had one that broke a leg and couldn't get on the truck. He was too busy to do anything with it, said you can have it or it can go on the dead pile, but either way it was going to get shot and put out of it's misery. Made a quick decision that it was too nice of a hog to waste, and the weather happened to be perfect for what we needed- just above freezing temps. 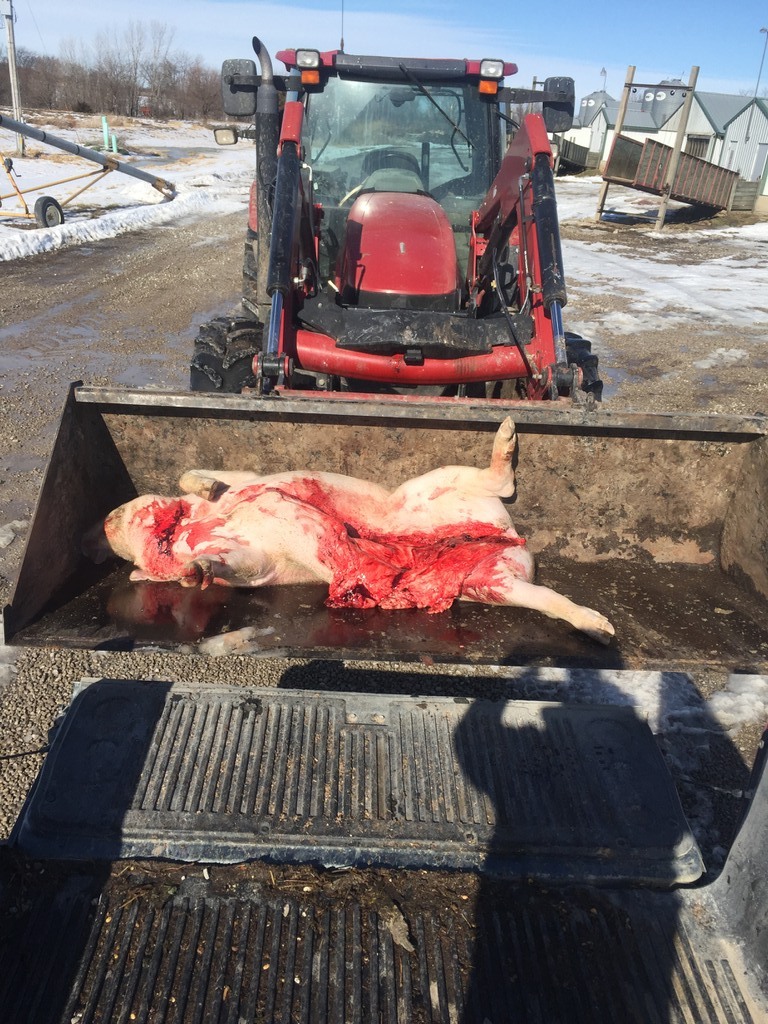 Small dilemma, I wasn't planning on needing to lift anything that day. Had skid loader torn apart in the shop to work on, other loader was several miles away... but, hey there's a 12"x 82' auger hooked on, that'll hold a pig up overnight out of the reach of any critters and keep him off the ground to bleed out! (The kids found it rather entertaining too) 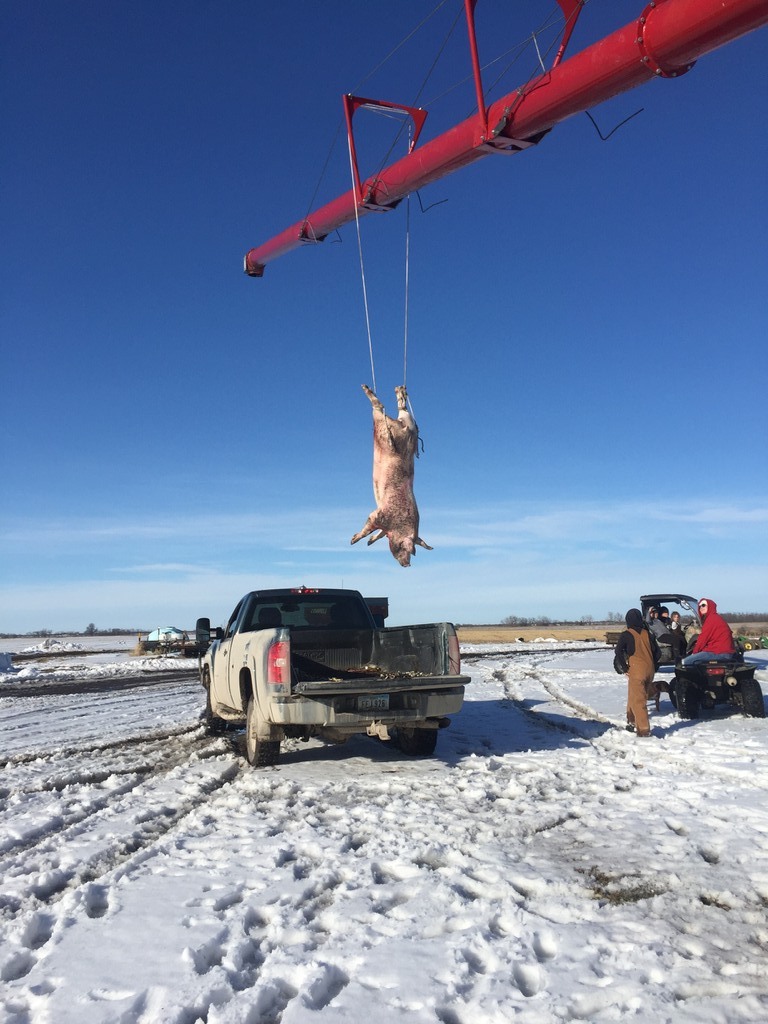 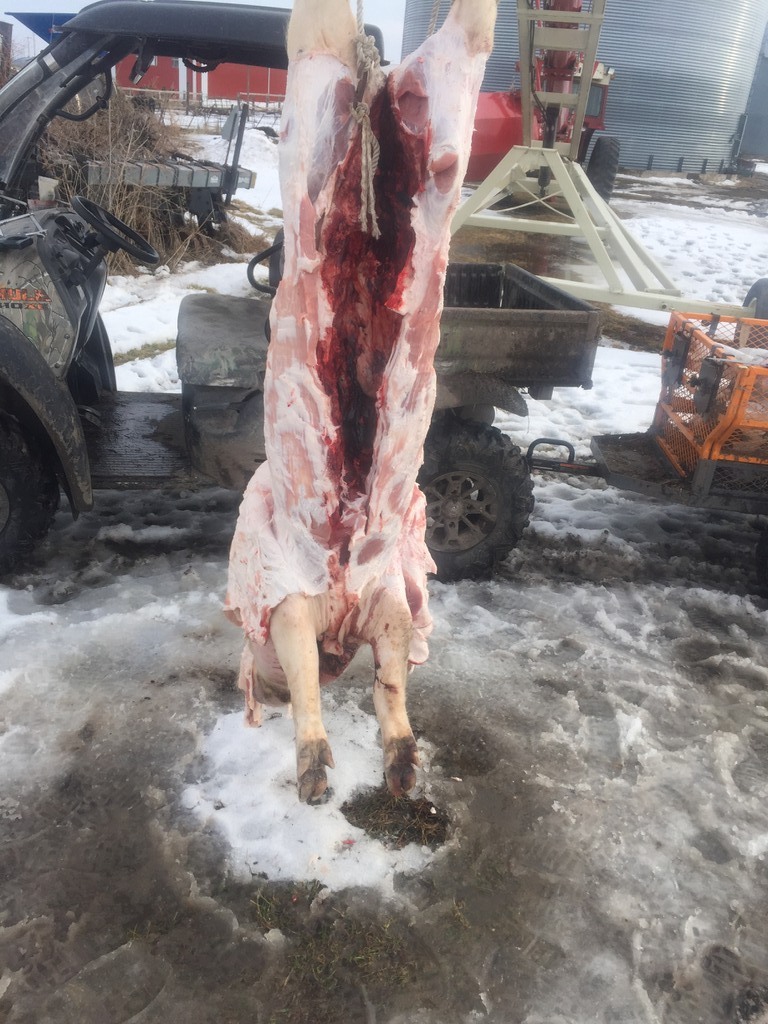 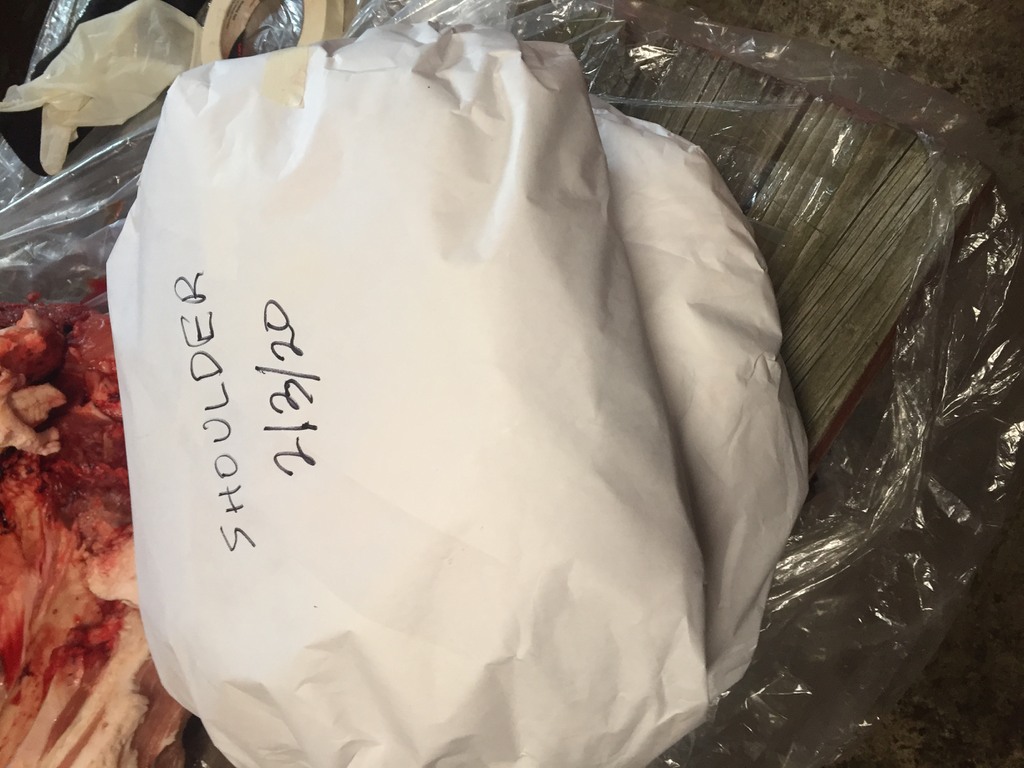 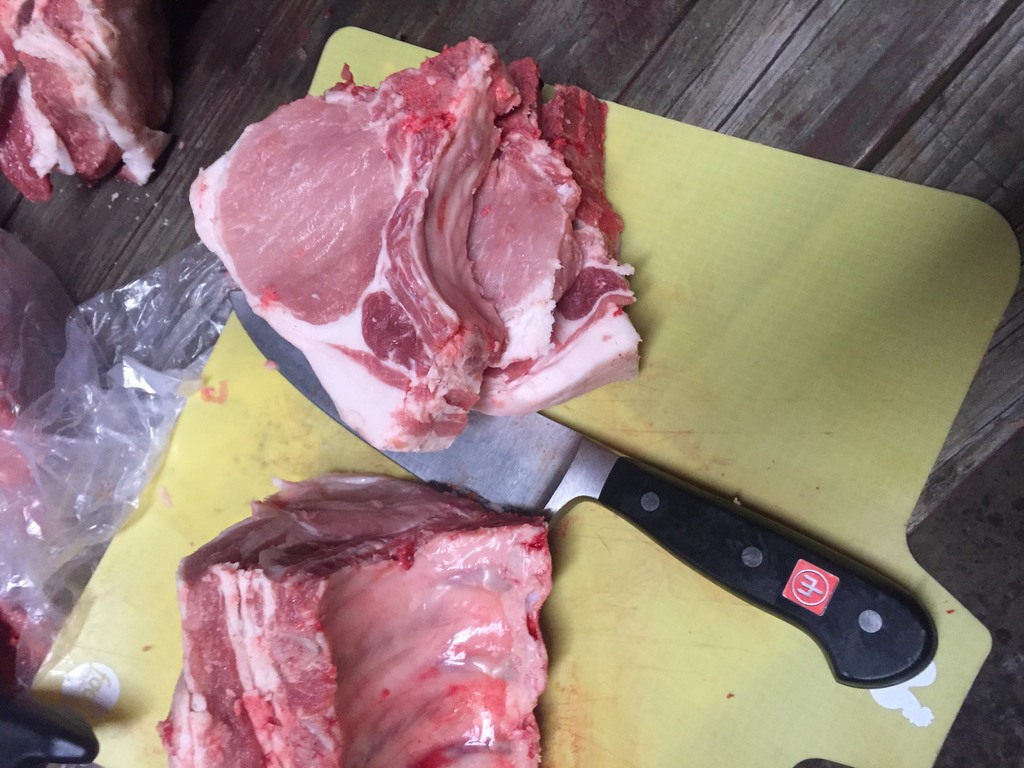 And some ribs. (Have to say, a while after this during the Rona mess, we butchered three more hogs one day and a cordless Sawzall makes things go much faster than a handheld bone saw.) 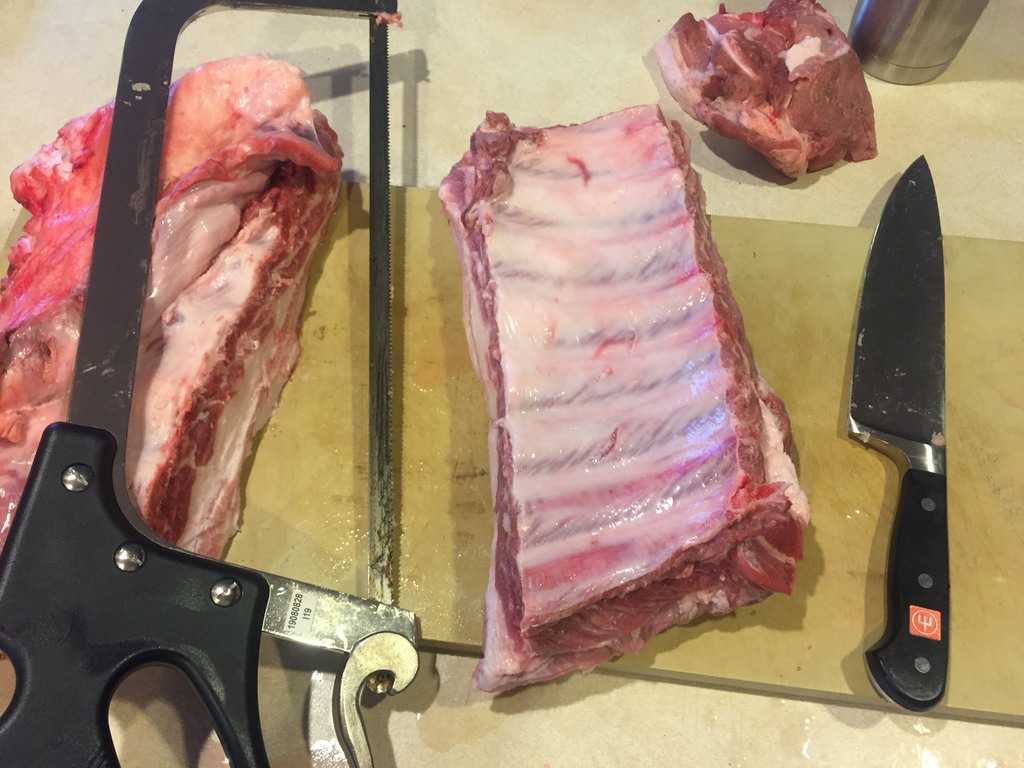 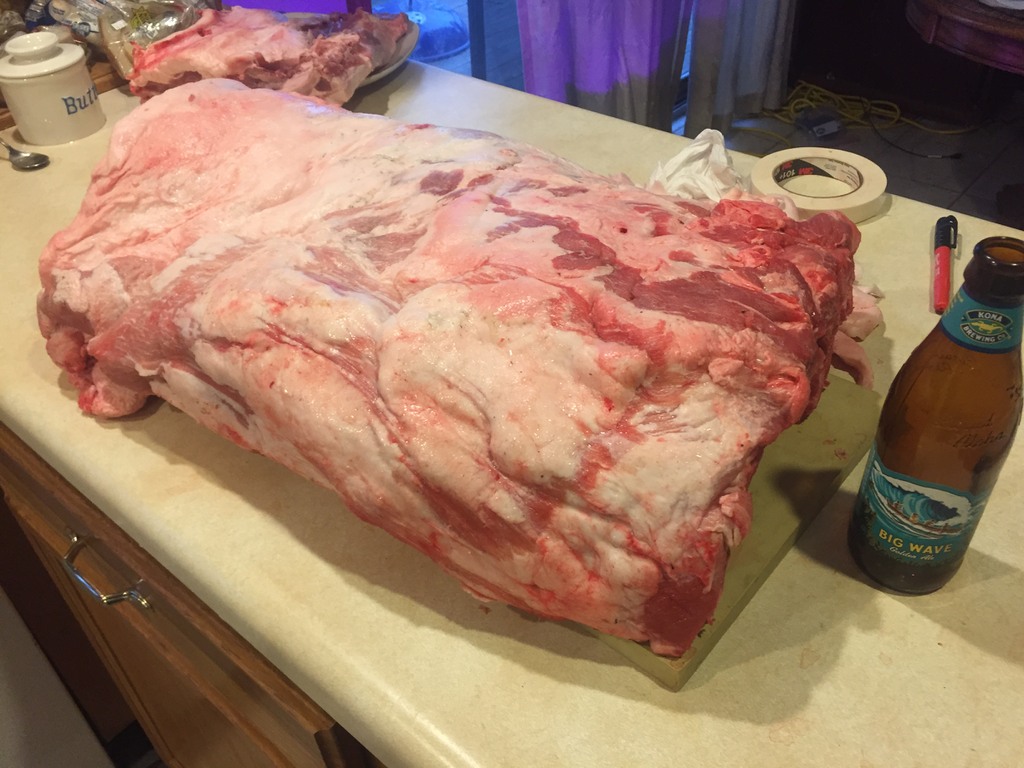 Pulled the whole loin from this side. 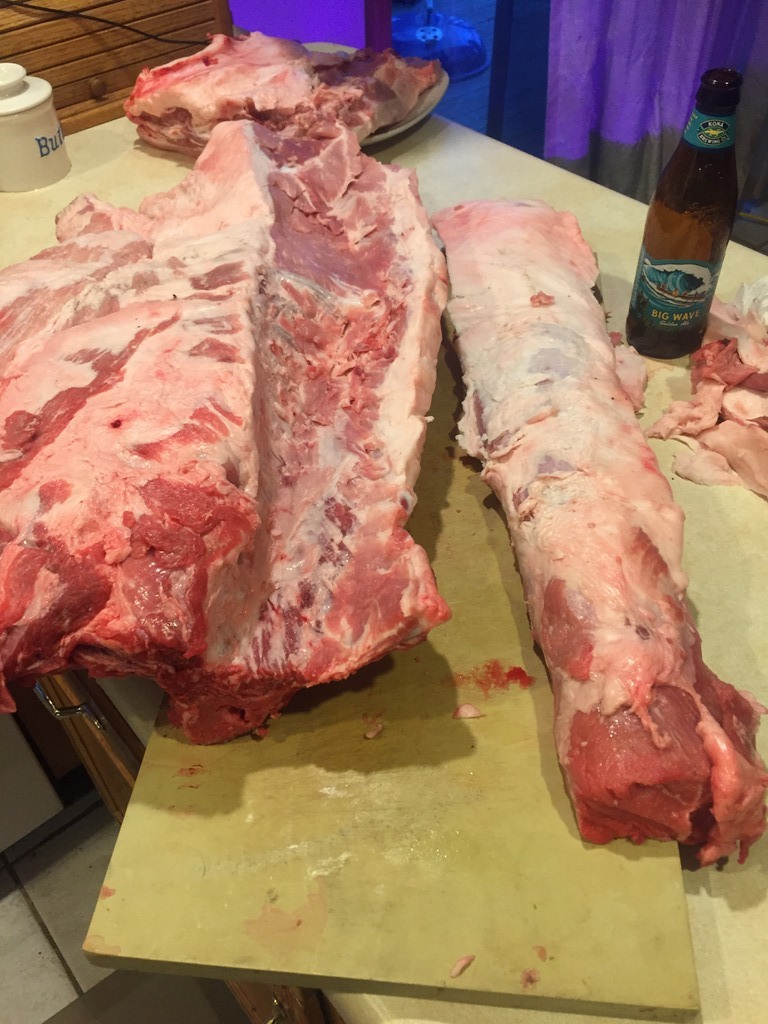 Getting chunks of belly ready to cure. 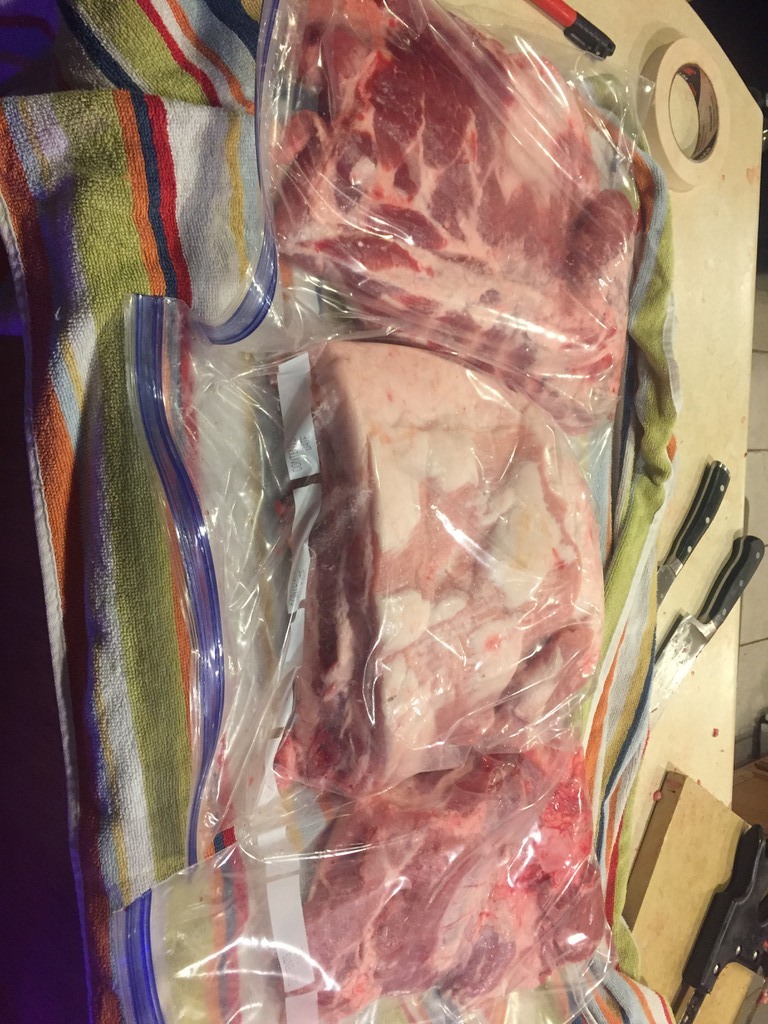 We ground about 40 pounds for sausage, and did part of that as homemade chorizo. Turned out very nice, will definitely be doing so again. 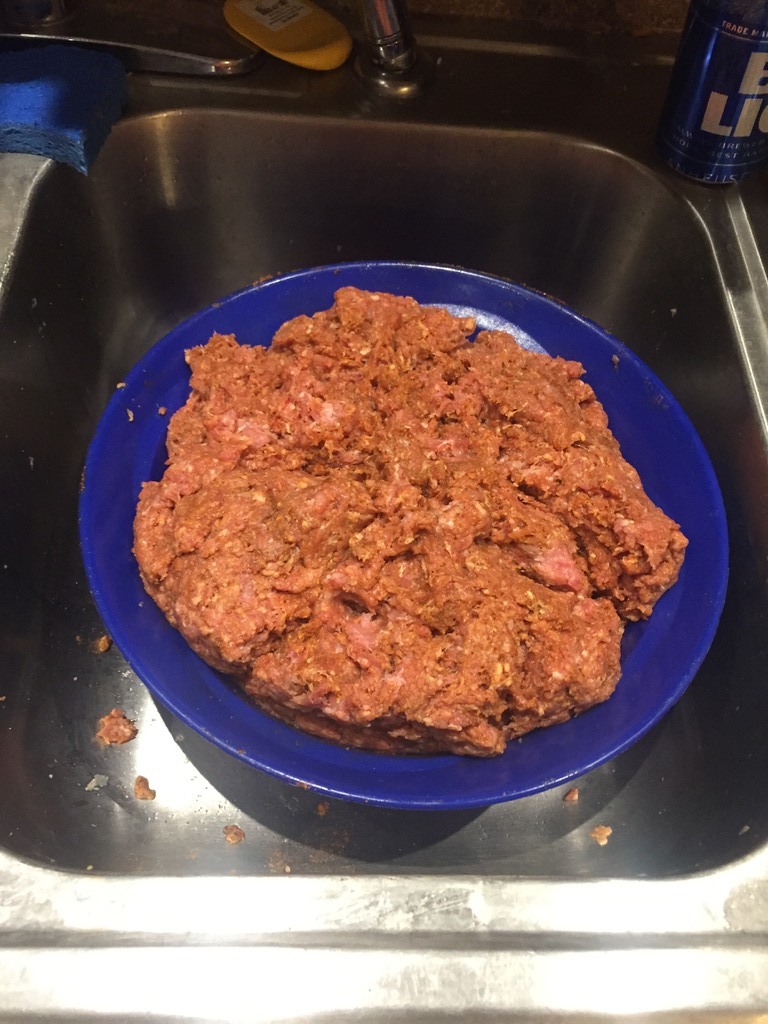 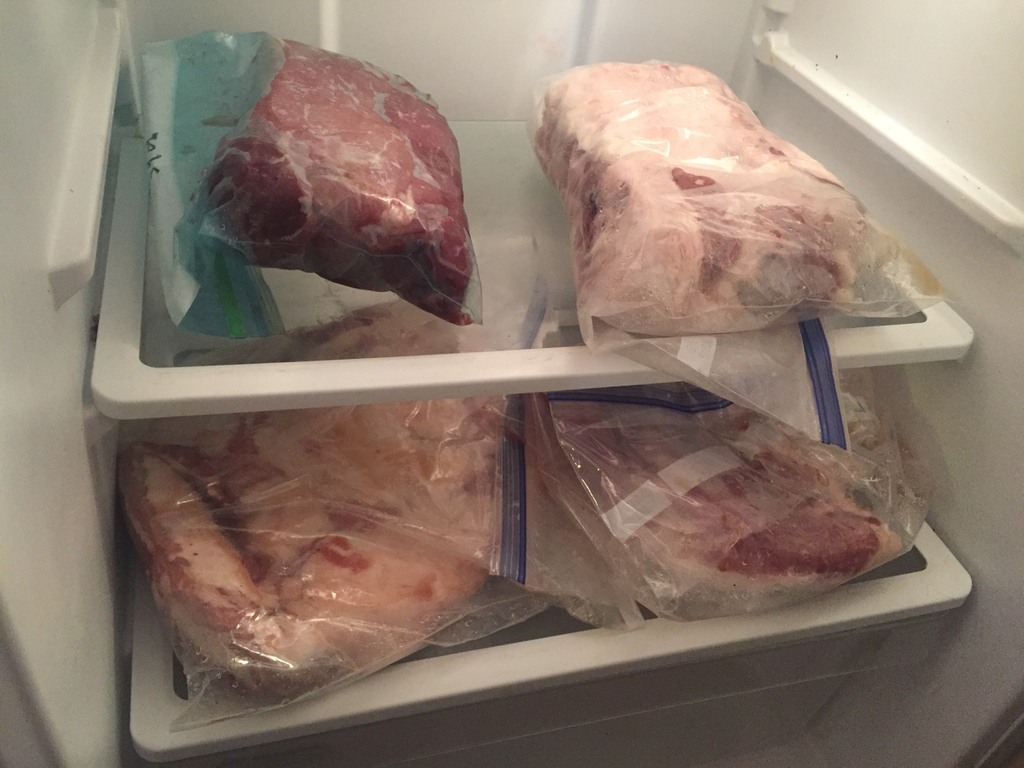 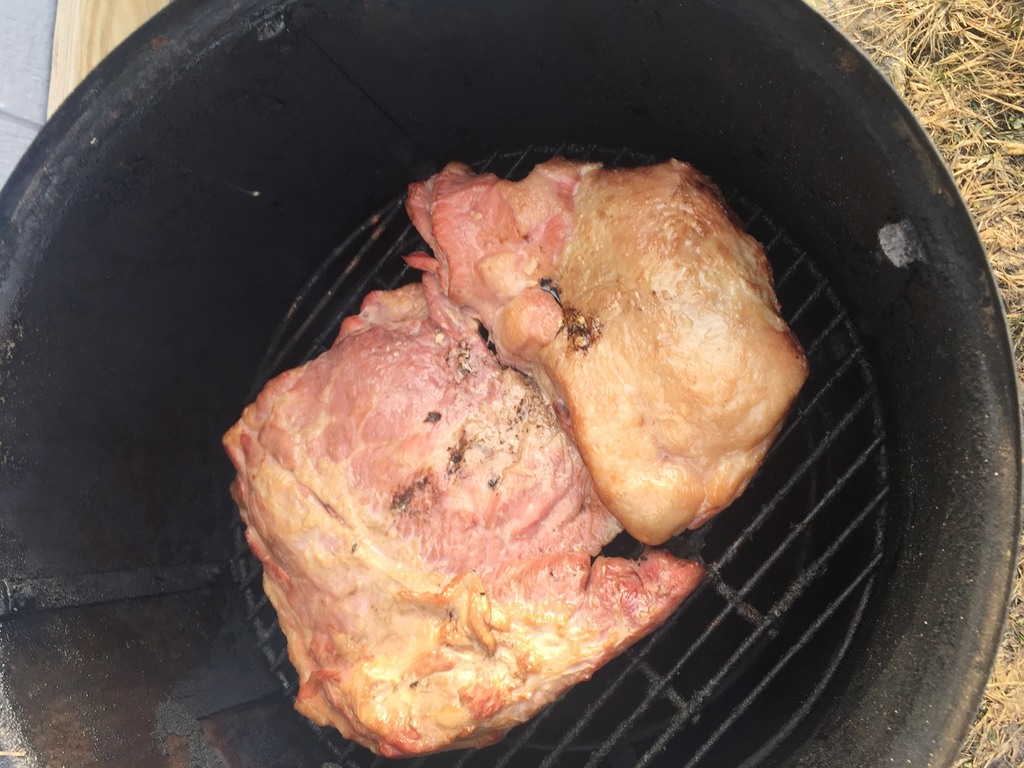 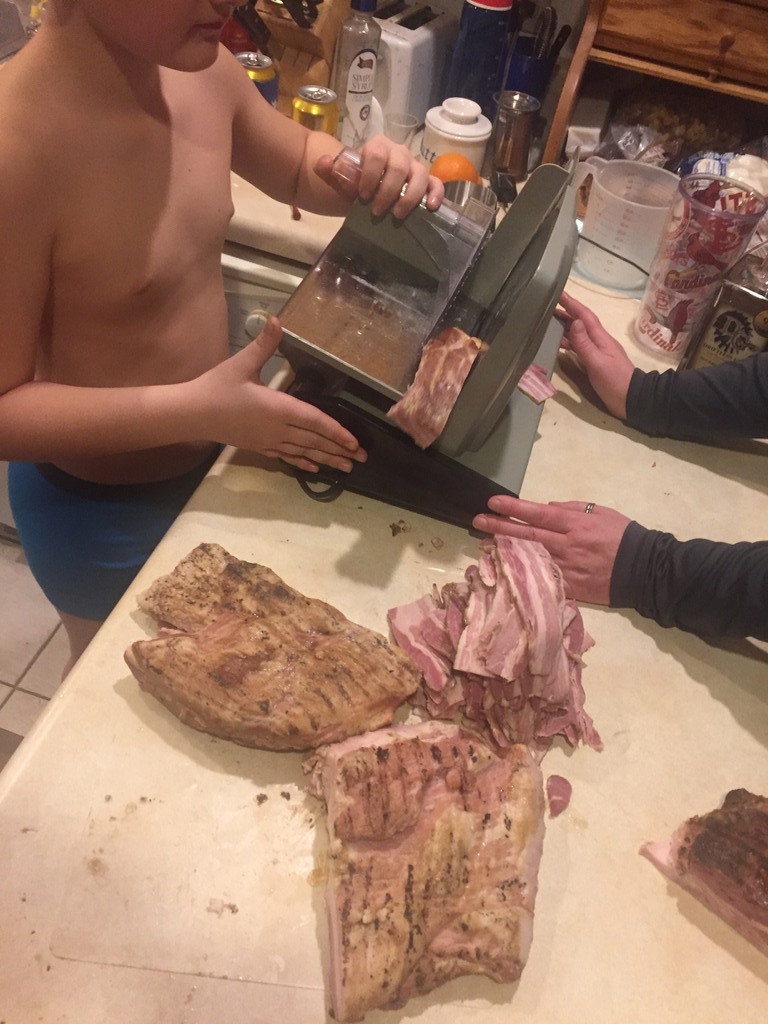 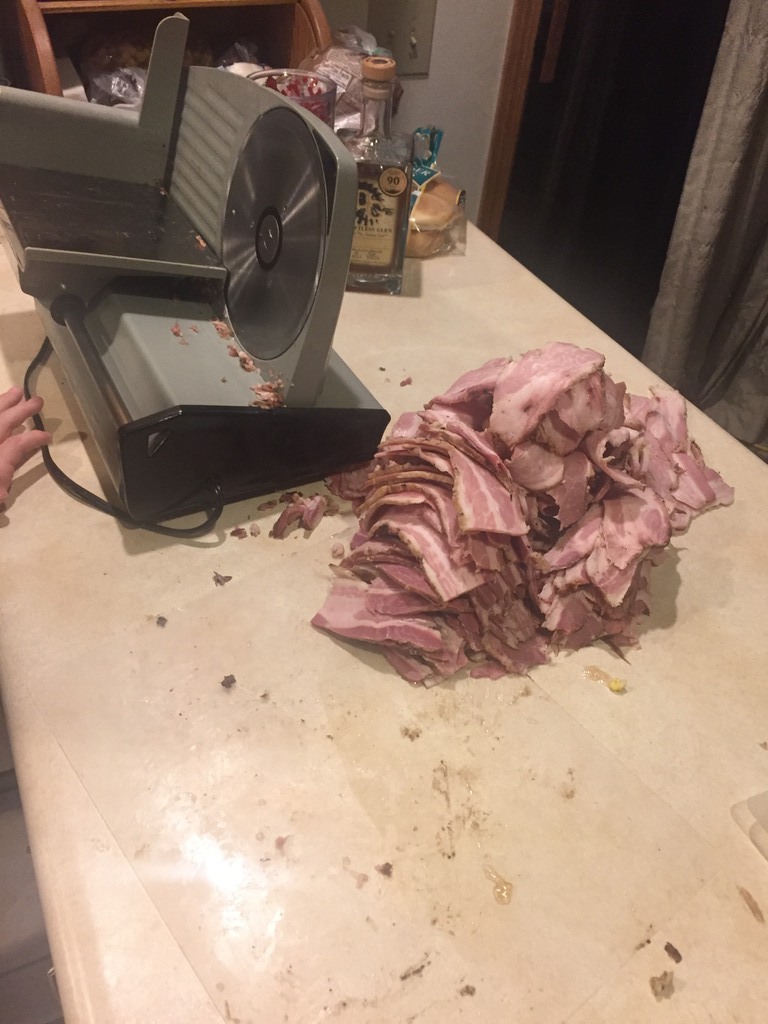 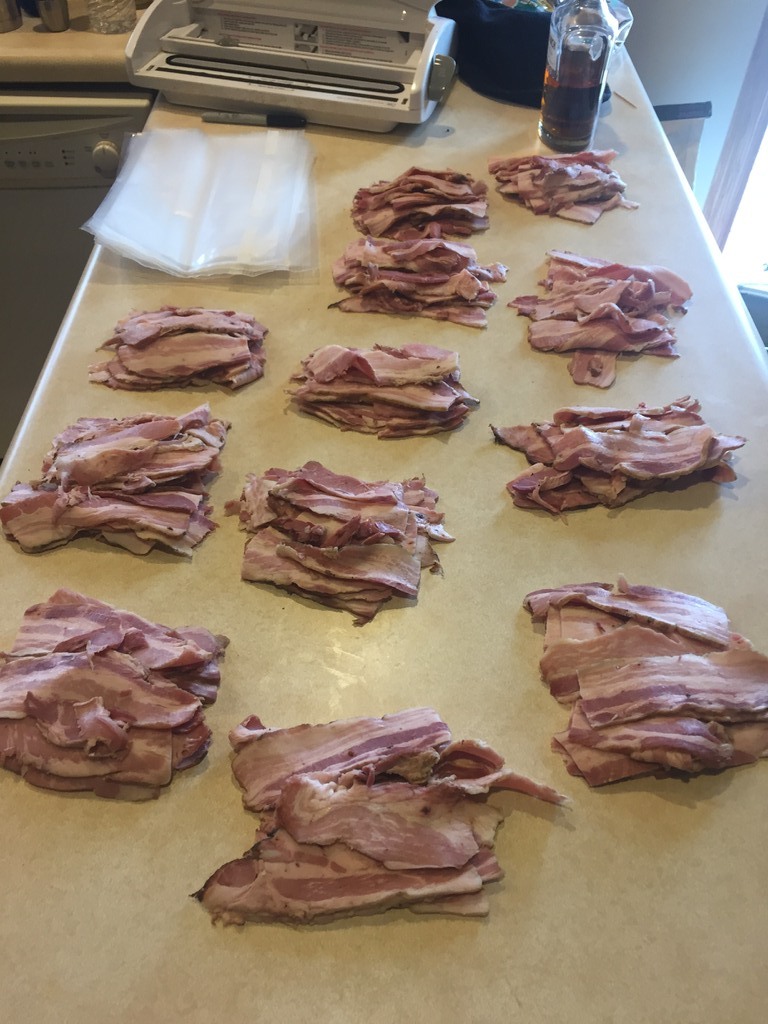 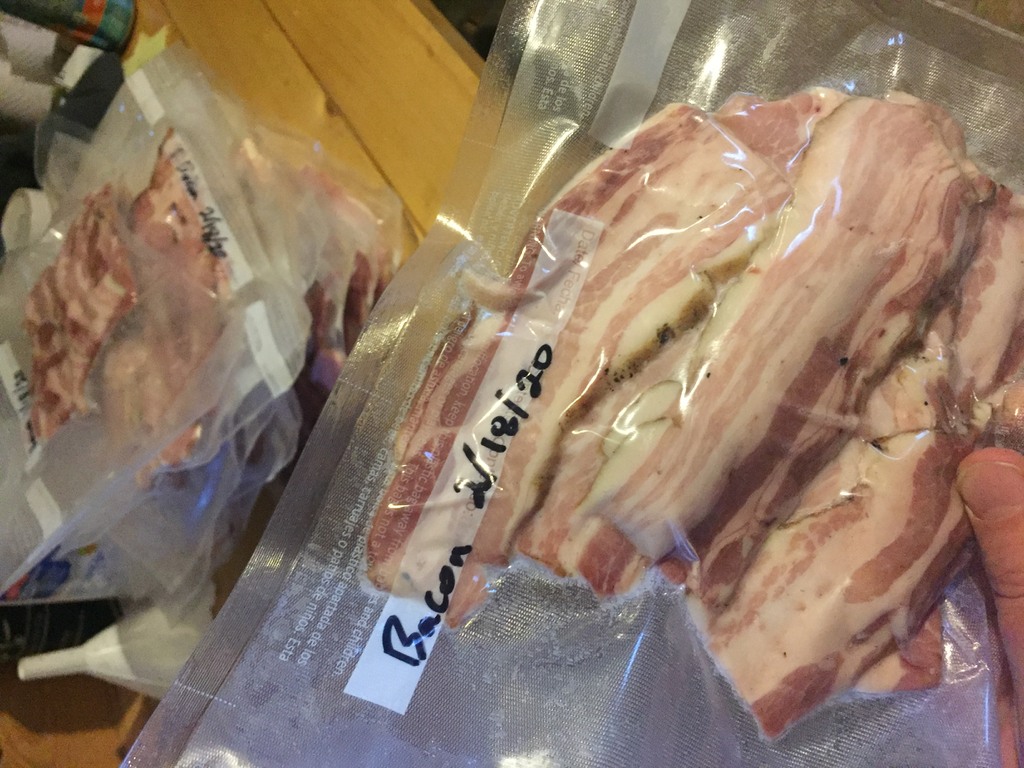 Finally got that loin back out and gave it a spin over Labor Day weekend. 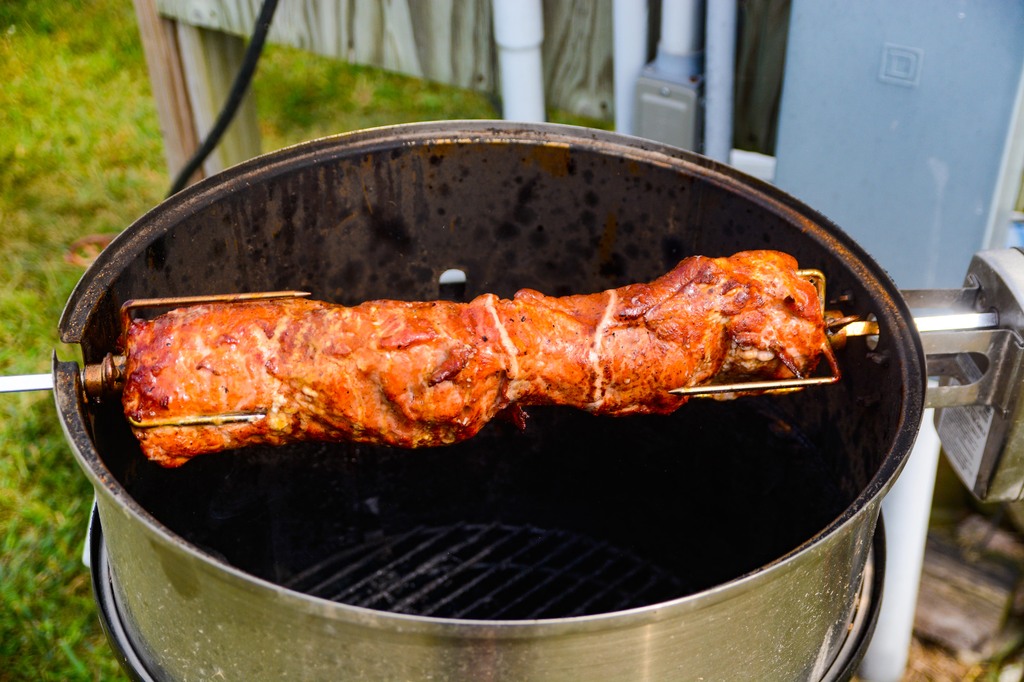 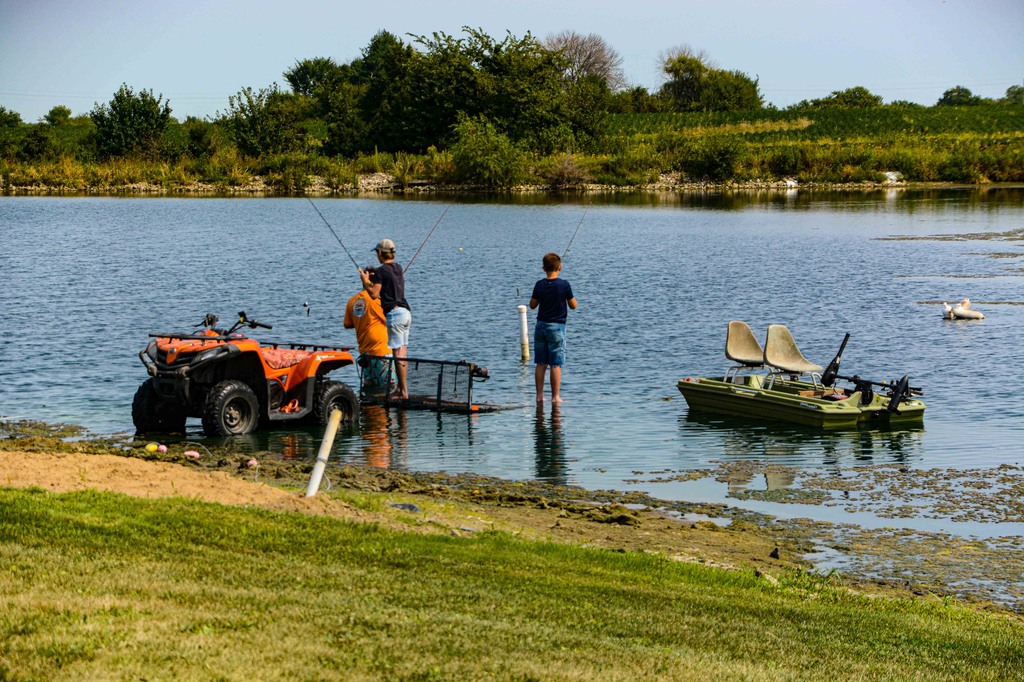 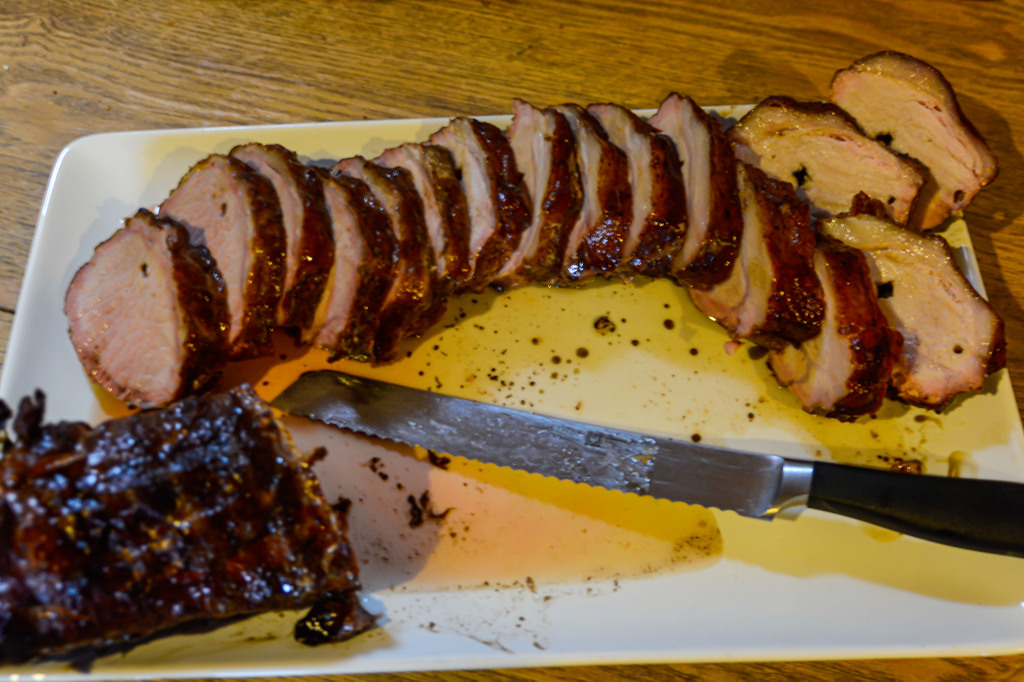 Guess I was too busy to get a plated pic, but the critics seem to give favorable reviews to our pork cooking. 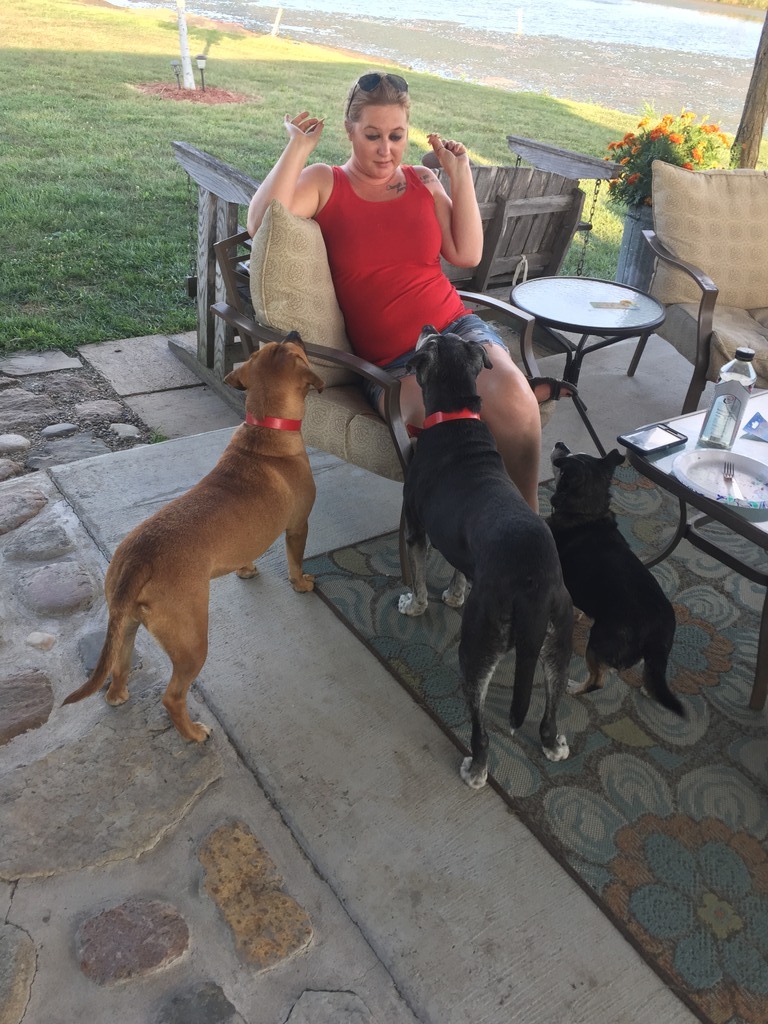 Got some cachaca and limes out and rehydrated the cooks with some caipirinhas. 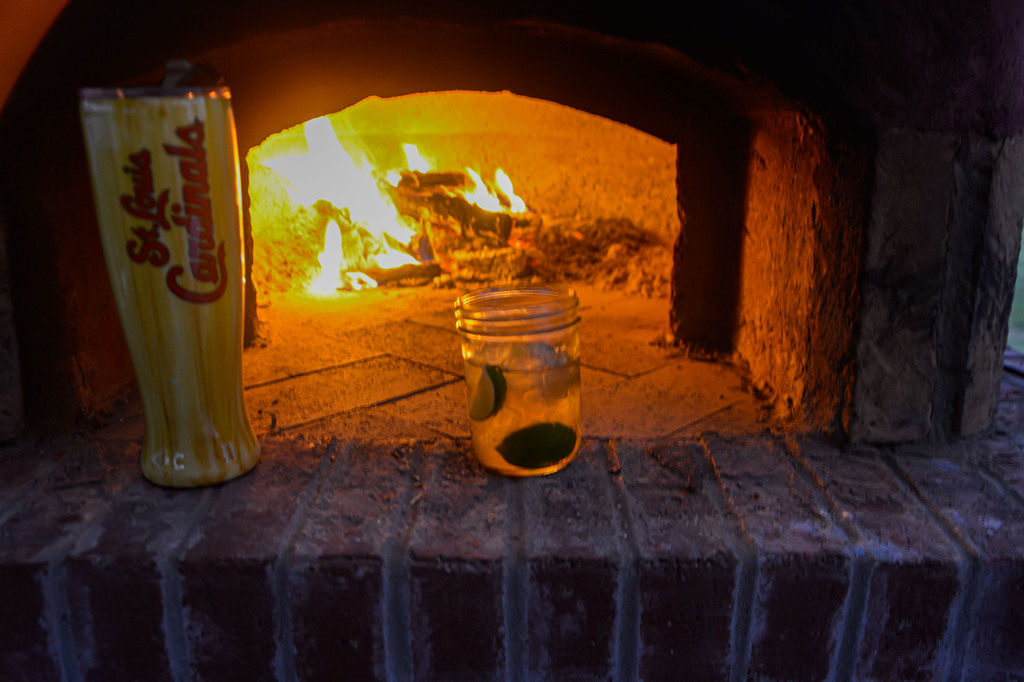 Brings back memories of our hog butchering days.
The first ones we scraped, what a PITA, from then on we skinned 'em.

Love all of it! I can just picture a pack of coyotes jumping up and down all around trying to get at that pig "piñata"!

Nice work, Clay! I have that make and model of slicer, too!

You’re making the most out of that piggy!

We raised 4-H pigs, and now and then we would keep one and slaughter it. One time, like in your case, an injury led to an unexpected day of work for us. It wasn't fun, but I'm glad I had that life experience to see how the sausage is made.

Very Brazilian vibe. Do you use the whole lime or are you nice and use just the inside

Tony-Chicago said:
Very Brazilian vibe. Do you use the whole lime or are you nice and use just the inside
Click to expand...

The caipirinha? Not like most other cocktails that use limes, you quarter and muddle the whole thing and leave it in the drink.
T

Clay Neubauer said:
The caipirinha? Not like most other cocktails that use limes, you quarter and muddle the whole thing and leave it in the drink.
Click to expand...

My Brazilian friends always tell me to use just the inside to avoid the bitterness. It is an interesting mix cause there is essentially no mixer. Nice deep cut rare choice. Good going.