This always works, make some sausages on the Giants mini and they win. I hope it works...

OK Chuck, I'm ready to throw Peavy under the bus. I hope you have a lot of sausages, because we're going to need them. Yours look great. Like your mini too.

4-1 in the fourth, guess sausages are on the menu from now till October

Are those Alpine sausage<<<< What's served at the games? Regardless they look mighty fine.
Getting there ring's today was the shot in the arm they needed..... Goooo Giants!!!

james n said:
Are those Alpine sausage<<<< What's served at the games? Regardless they look mighty fine. Getting there ring's today was the shot in the arm they needed..... Goooo Giants!!!
Click to expand...

Those are Winco Sausages. The really lucky (and good) are Costco but these are doing great. Our young pitcher is setting the bar pretty high. Go Giants, Go Heston!!!
B

Giants Sausages all around. Finally a W for the G-men. Heston was strong. And the sausages look fantastic.

Chuck even a die hard Dodger fan like myself has to admit those are some outstanding sausages. Cool smoker too. Kinda.
R

ChuckO;
Nice work with the sausages. I'm not much of a ball fan but I am SURE a fan of sausages...

Good lookin' that's for sure!

Giants, Chuck? Isn't that a football team in New York? Seriously, the sausages look great and I love the superstition thing with baseball. Saw the new WS rings and they look NICE! Instead of saying "SF Giants", they should just say "Bumgarner". Hey Chuck, does your sausage superstition mean that you gotta cook sausages 162 times during the season? That's a lotta sausages!

Sausages look fantastic and hope your team keeps going in the right direction for you.

Mickey said:
Hey Chuck, does your sausage superstition mean that you gotta cook sausages 162 times during the season? That's a lotta sausages!
Click to expand...

LOL, Hope not. It's more of a "turn things around" thing. But I do see several sausage cooks this summer

Chuck, a personal thank you from this rabid Giants fan!! We needed to notch that first home win! 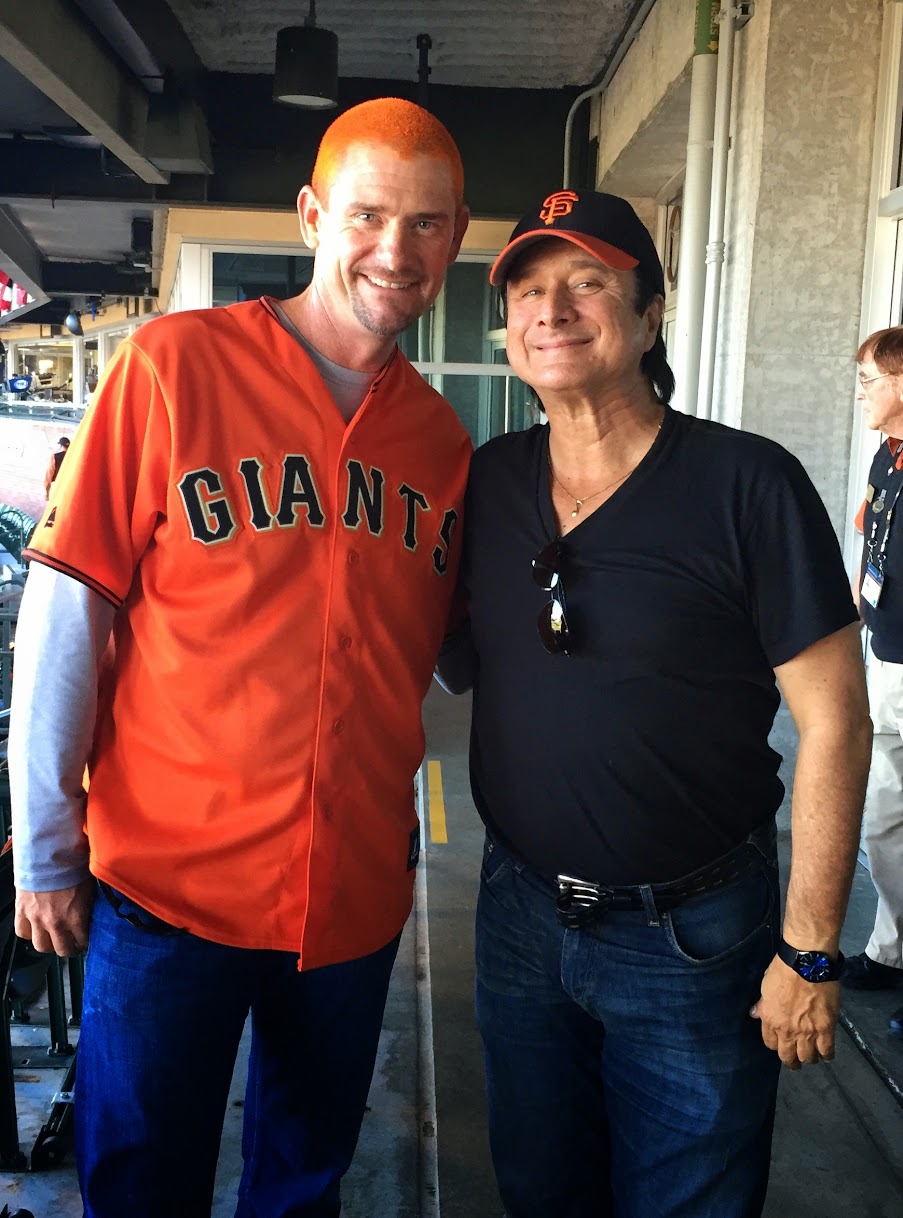 That must have been a Friday (Orange night) game? Looking good Rich. And there's Steve Perry. That's my old waterski buddy. He and I were one of the few willing to get up at dawn to get the glass water. He has a real nice place on the delta (or did back in the 80's) it was a cool hang out

Sausages look great, but not a fan of the Giants. Wonder why that is?
They should have never left NY!
I was 10 when they moved.

Chuck, that was at the first WS game at AT&T last year. Steve was incredibly gracious with his time, and chatted with me and my 13-year old daughter for about 15 minutes. He took pictures with anyone who asked pretty much the whole game. Neat water ski story!