This joint was featured on Diners, Drive-Ins & Dives on November 9, 2018. It's not far from where I grew up, so yesterday, before a surprise drop-in on Mom for Mother's Day, I got to Cochon Volant BBQ before 11am opening time, snagged a barbecued turkey sandwich and fries, and chatted barbecue with owner Rob Larman. He slipped me a sample of his USDA Prime brisket, which was delicious. Prior to this endeavor, Rob ran Rob's Rib Shack and La Poste French restaurant, both in Sonoma.

Cochon Volant is an eclectic, French-themed joint with a small indoor seating area and dog-friendly outdoor picnic tables. The owner stands behind the counter and hand-cuts meat to order. A J&R Manufacturing "Little Red Smokehouse" does all the work in the kitchen, while two trailer-mounted pits sit outside for catering gigs.

Barbecue meats include brisket, baby back ribs, pork shoulder, sausage, chicken breast, and turkey. Other proteins include fried chicken (Rob's got a commercial fried chicken pressure cooker in the kitchen), burgers, an oyster poor-boy and a catfish sandwich. The barbecue meats come as sandwiches with one side or combo plates with two sides. Sides include slaw, "something green" which I guess varies from day to day, beans, garlic mashed potato, "killer fries", skillet corn bread, mac & cheese fritters, and pork cakes. A few salads and two desserts are thrown in for good measure. A selection of wine and craft beers are available, some on-tap, along with soft drinks in bottles, iced tea, and lemonade. Catering is available.

I've been judging a lot of barbecue lately, eating lots of brisket, pork, chicken, and ribs, so a chance to have turkey was a nice change of pace. It was moist and delicous, served on a soft bun. Wish I could have controlled the amount of sauce that came on the sandwich, but not a big deal. The seasoned fries were really good, if not "killer" as stated on the menu.

Great place, nice owner. If you're in Sonoma County Wine Country and have a hankerin' for barbecue, fly on over to Cochon Volant BBQ!

Here are some photos. Enjoy! 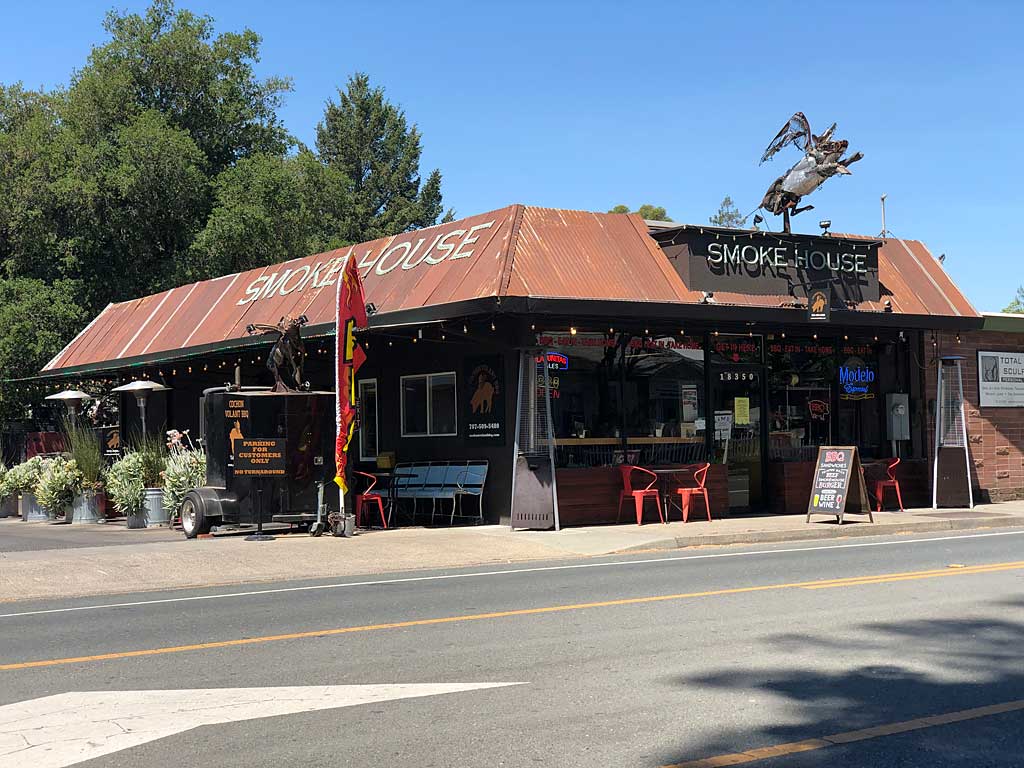 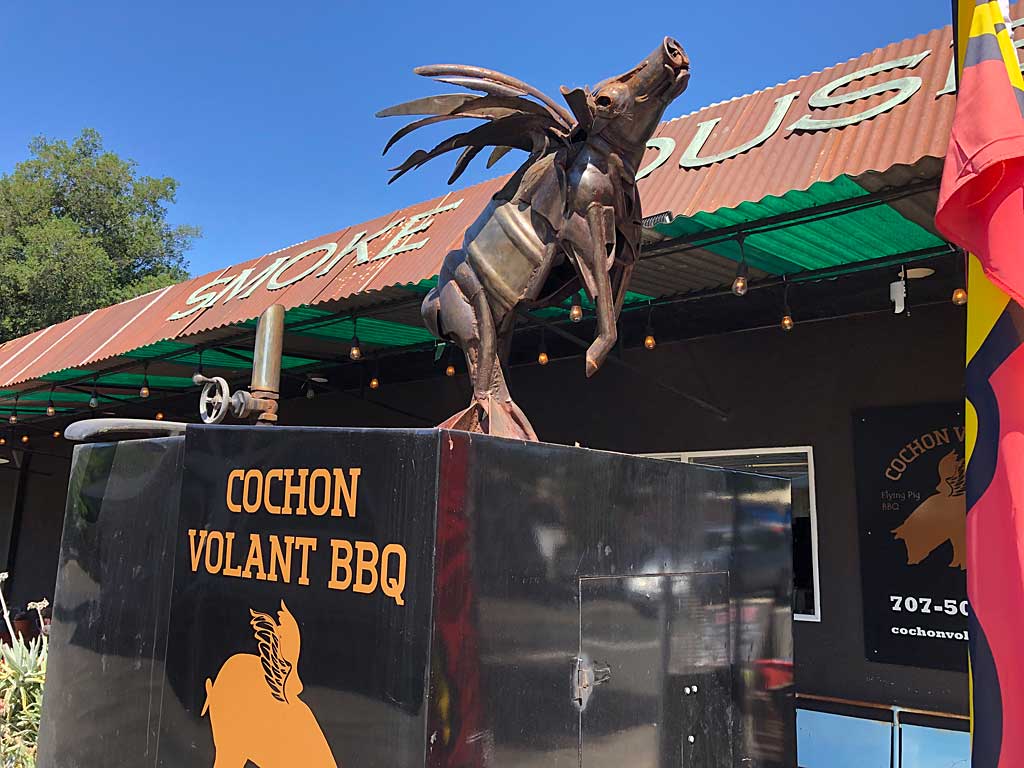 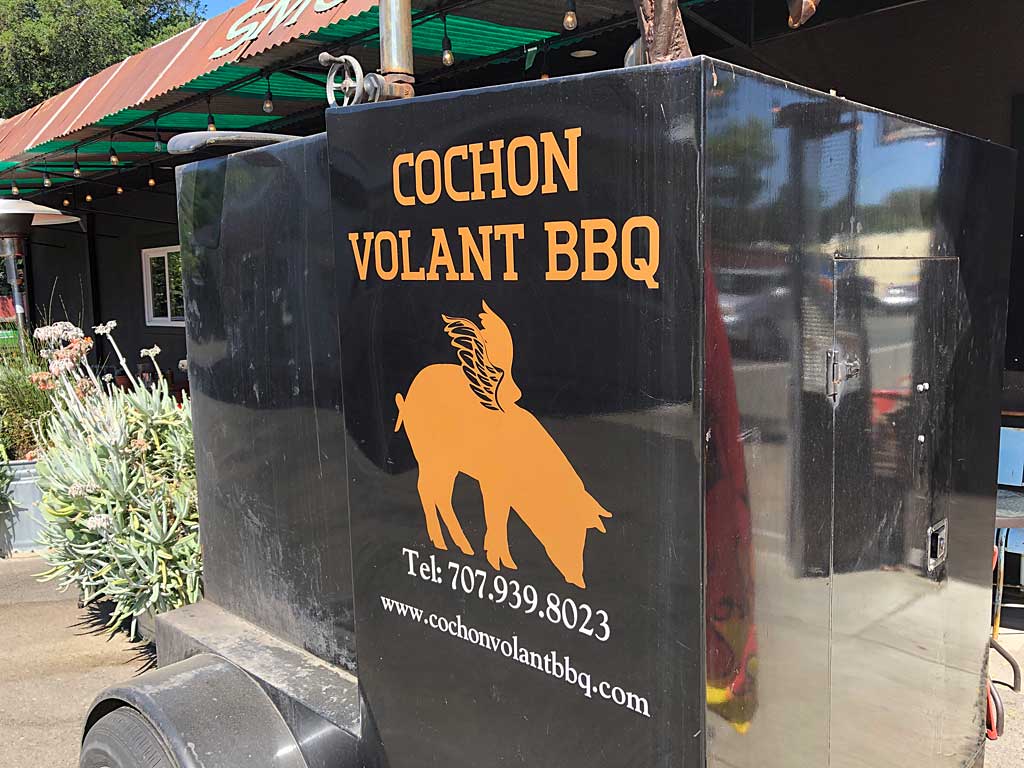 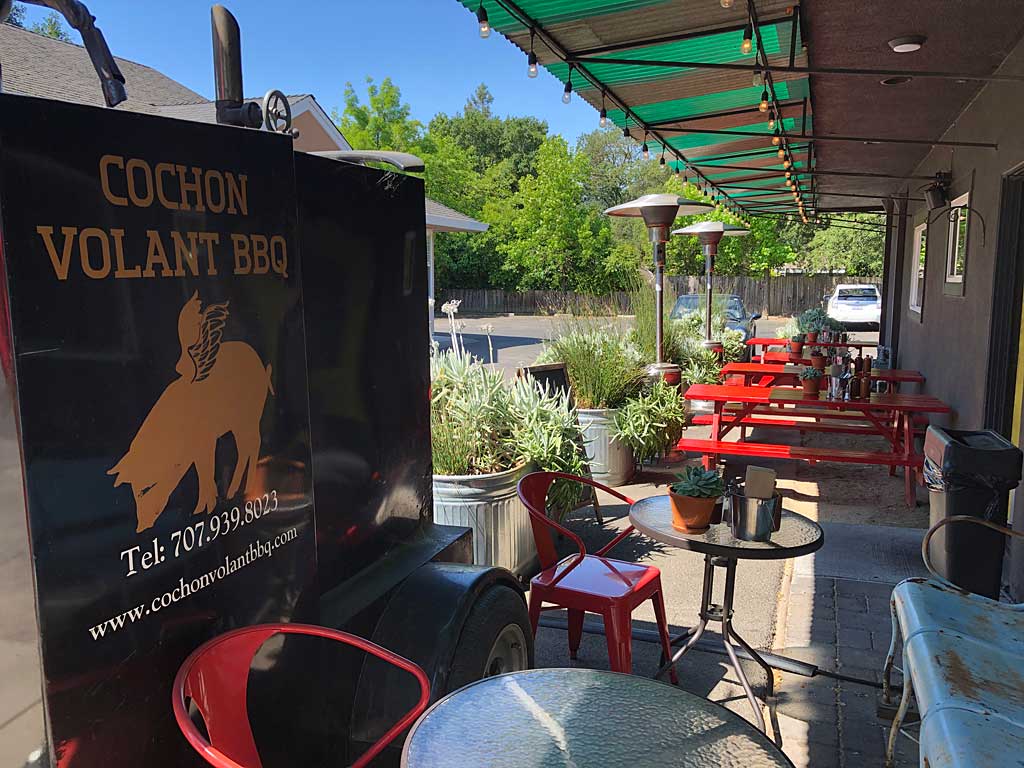 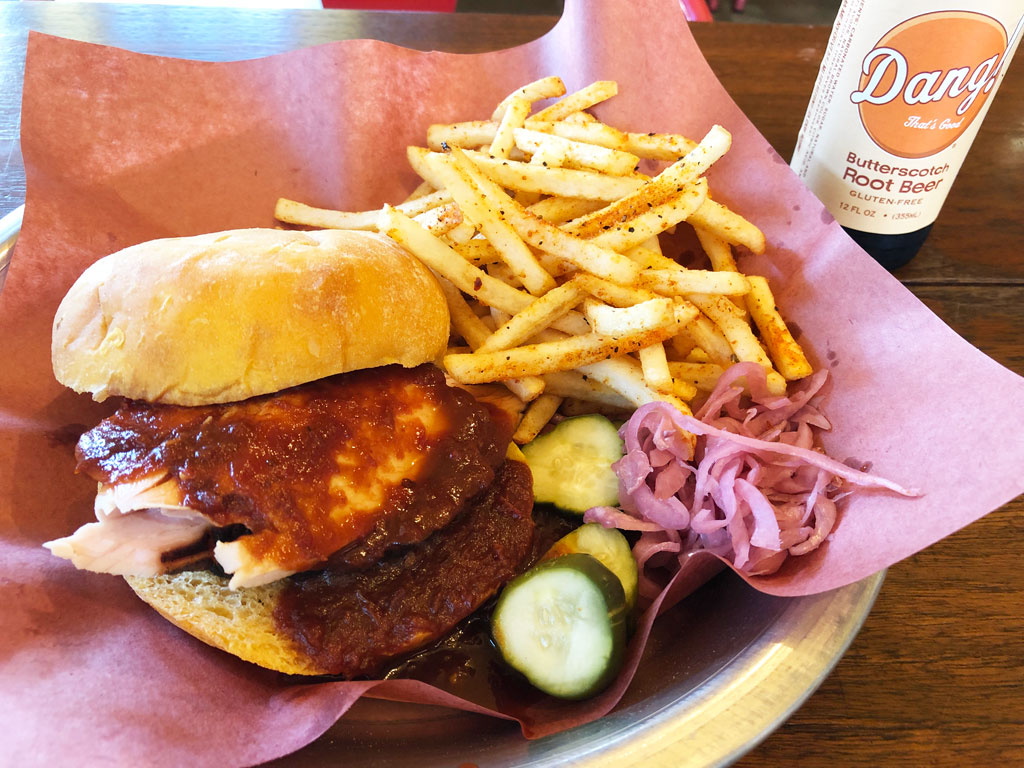 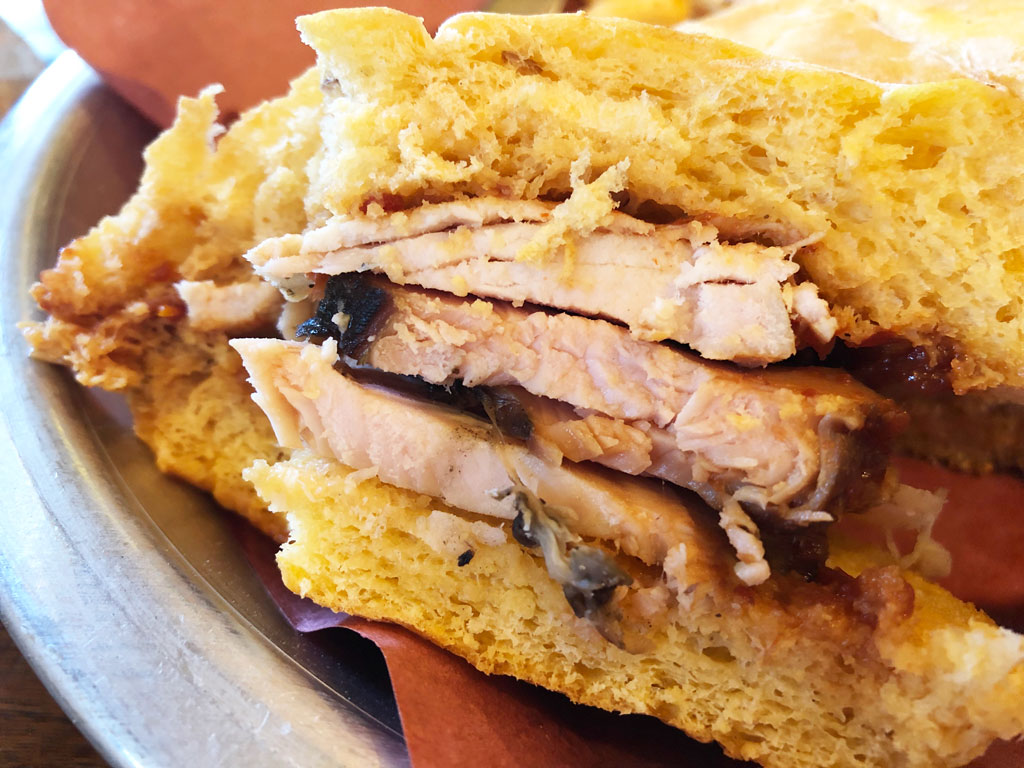 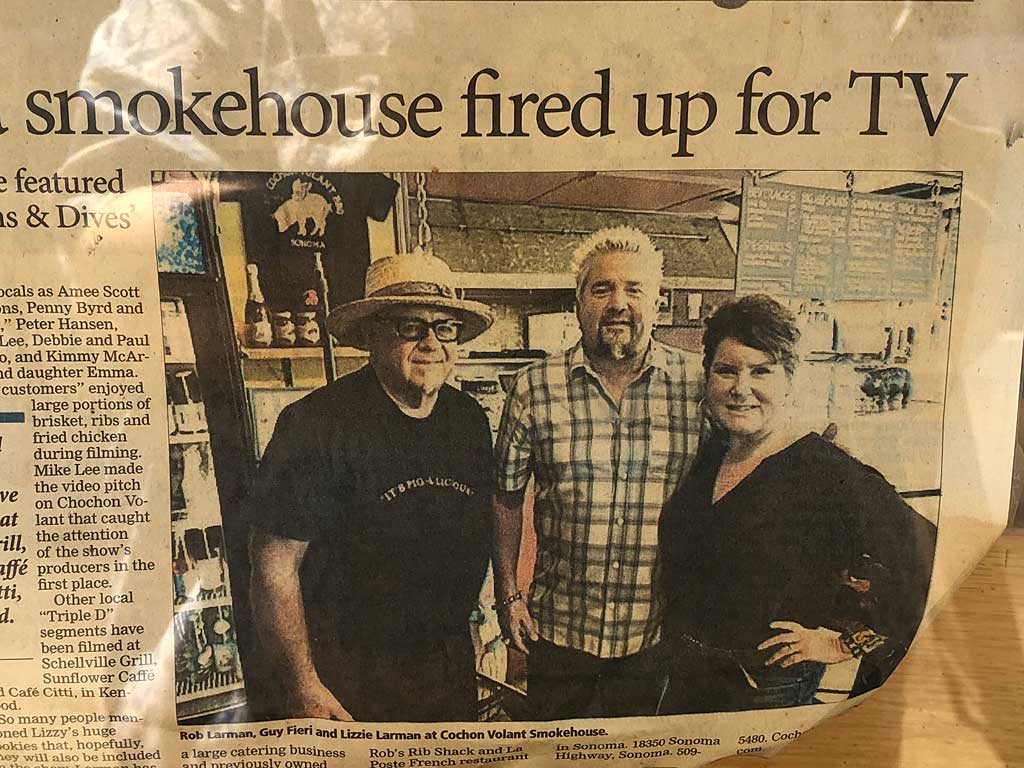 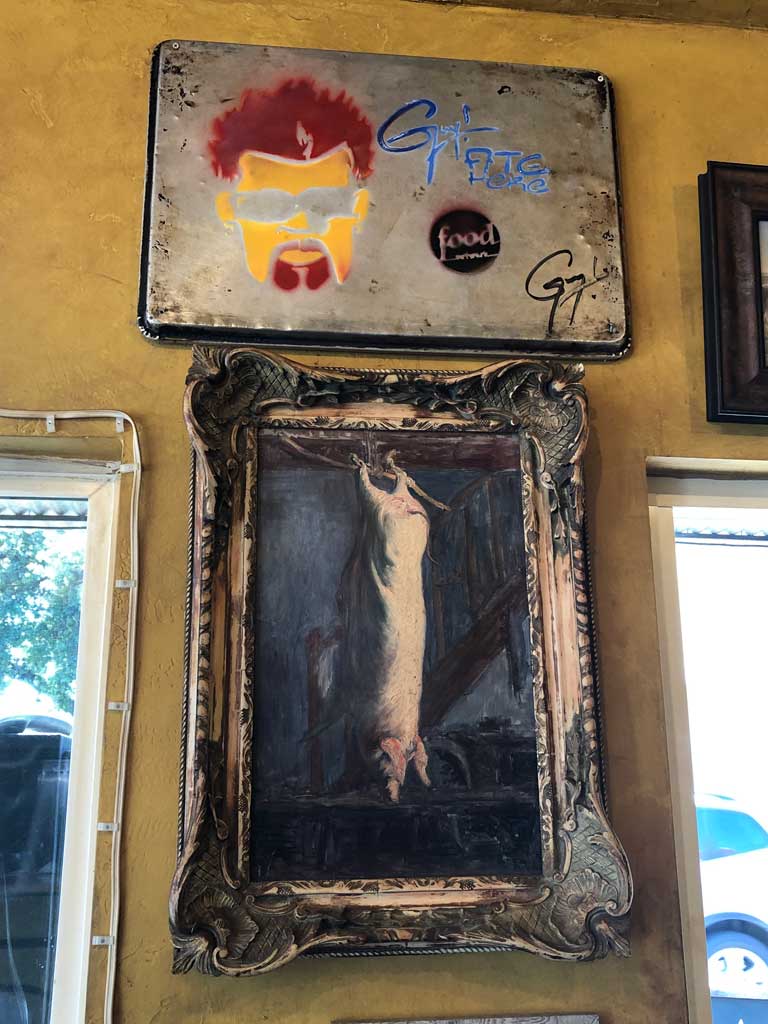 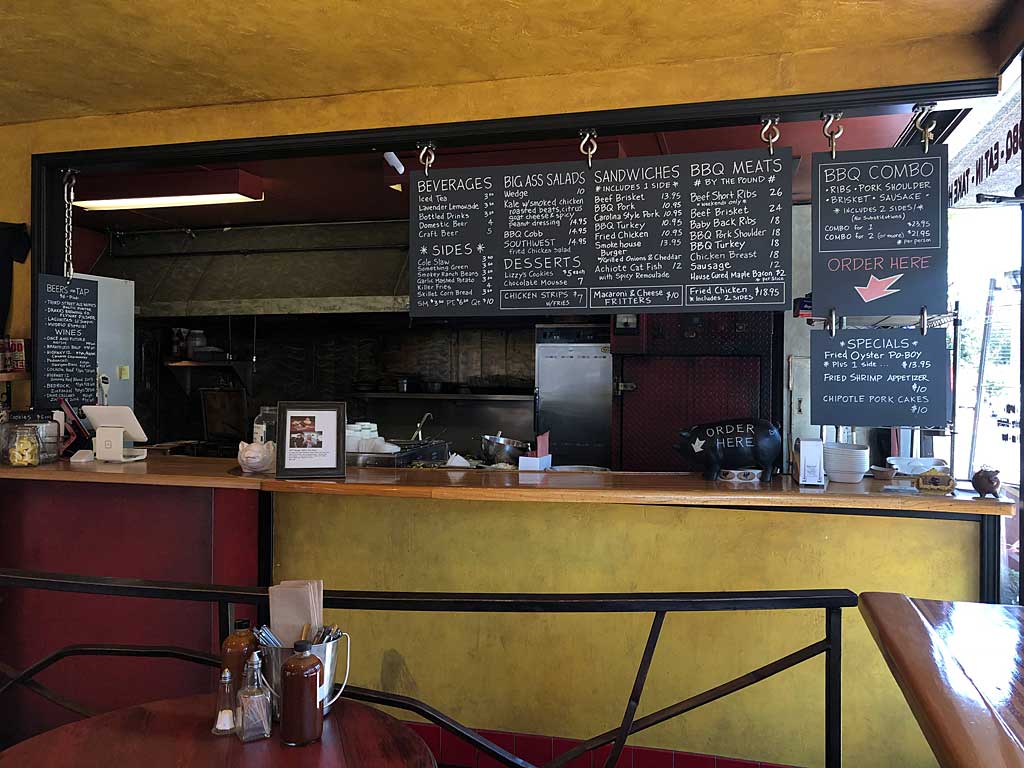 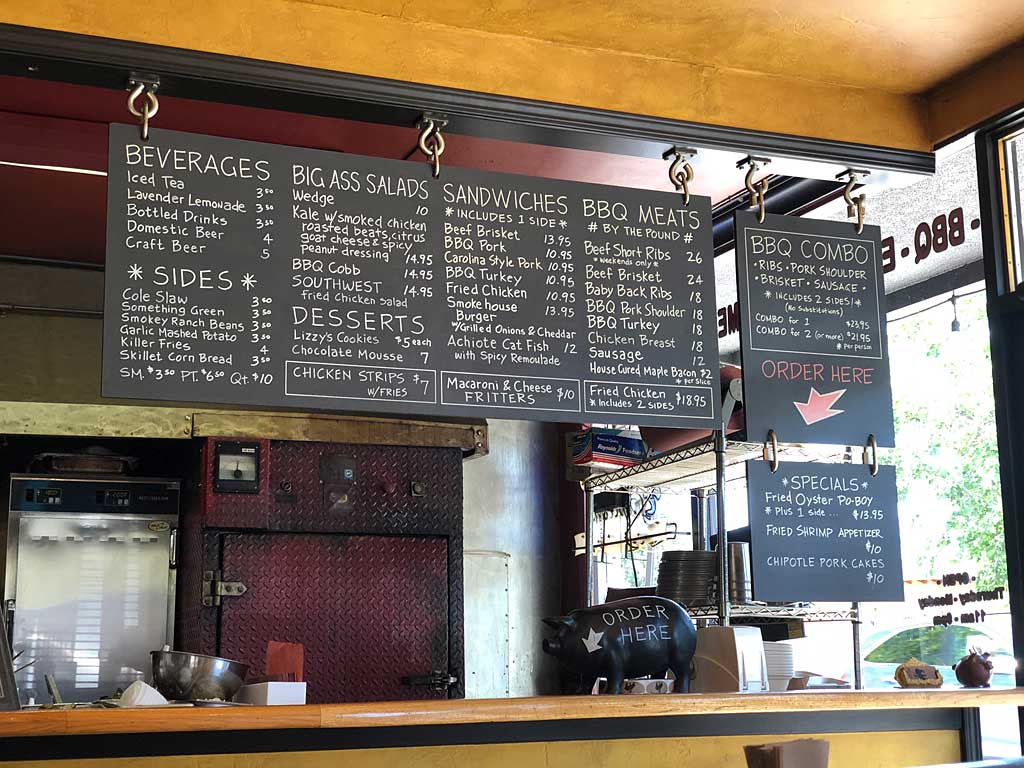 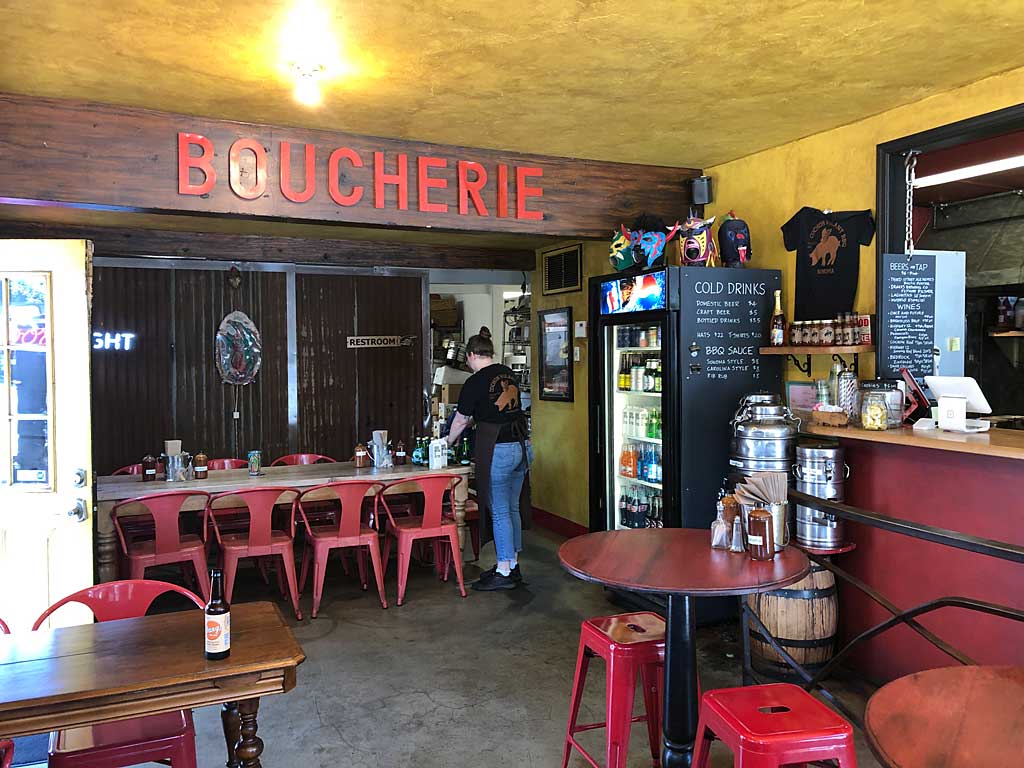 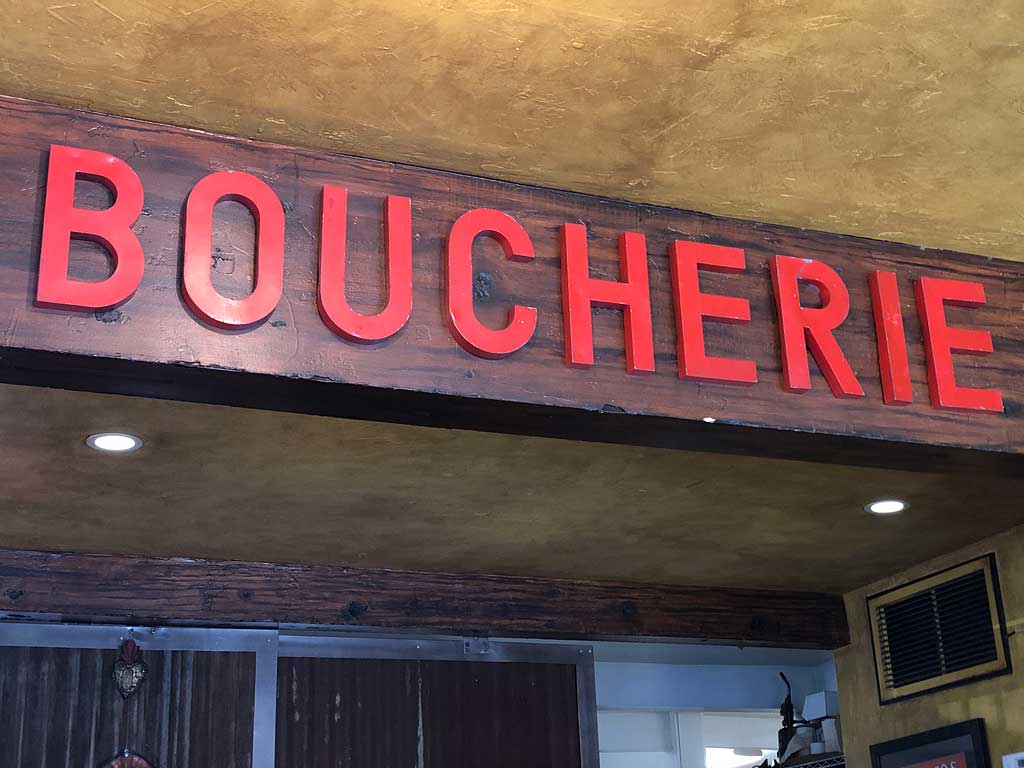 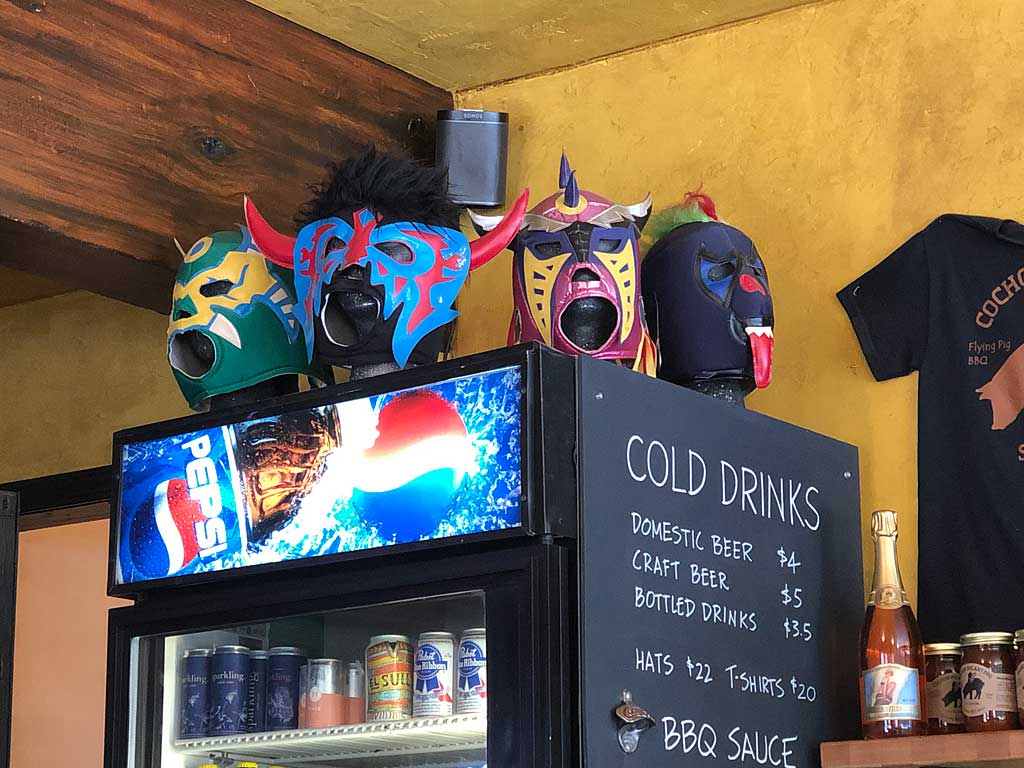 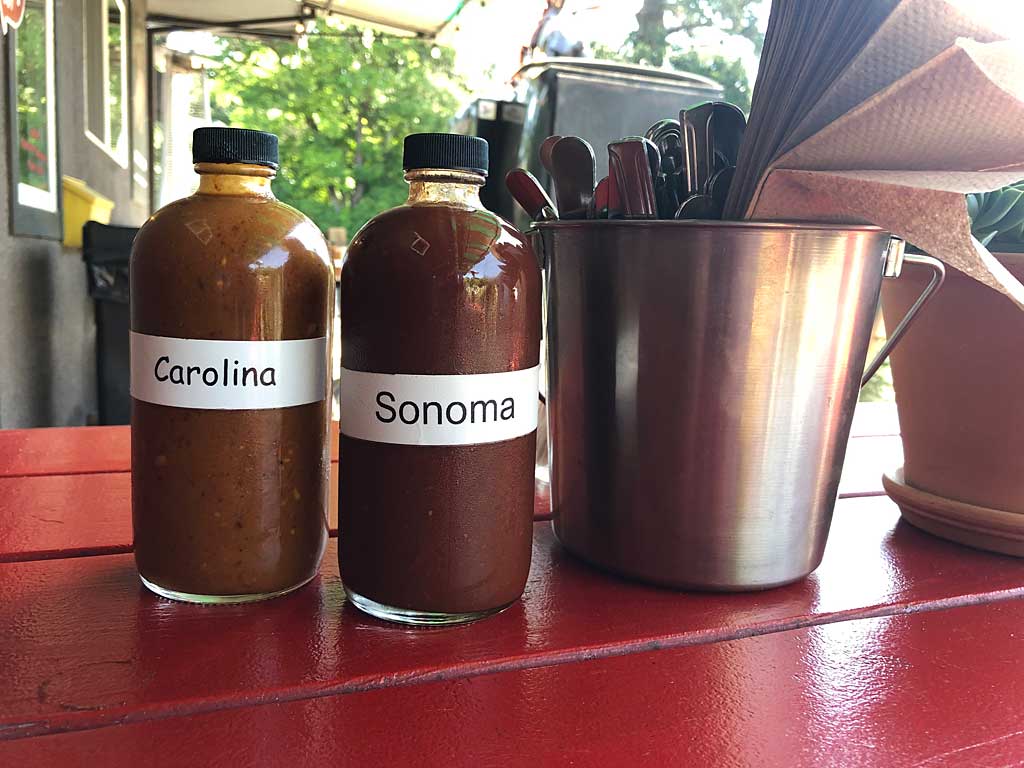 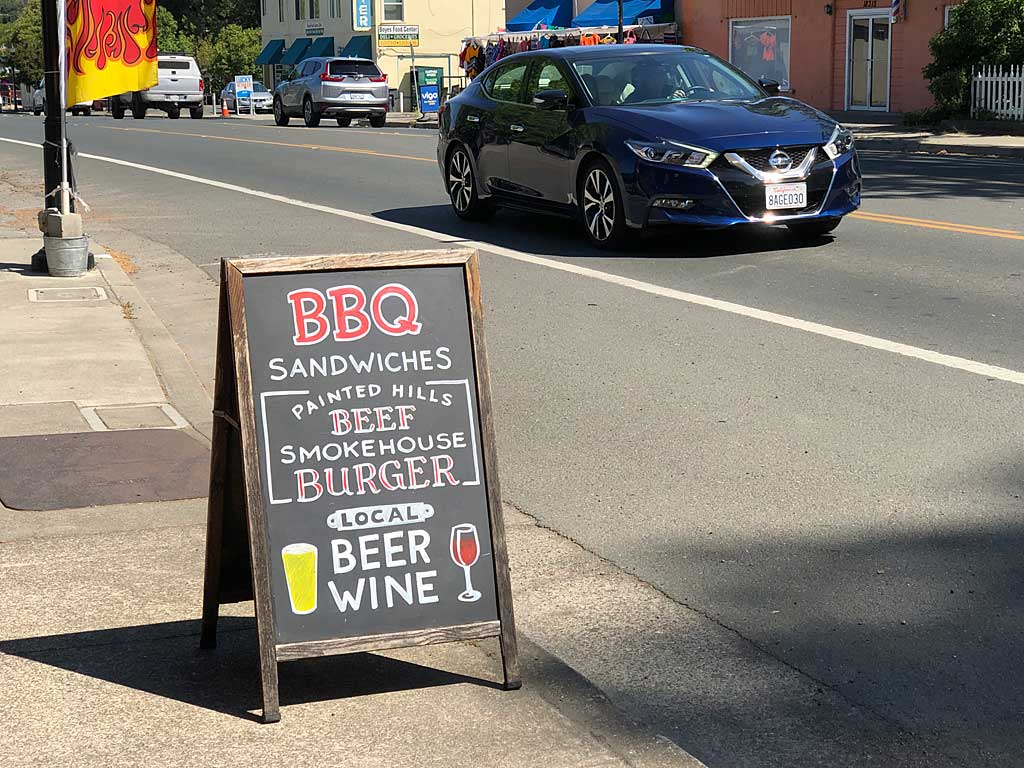 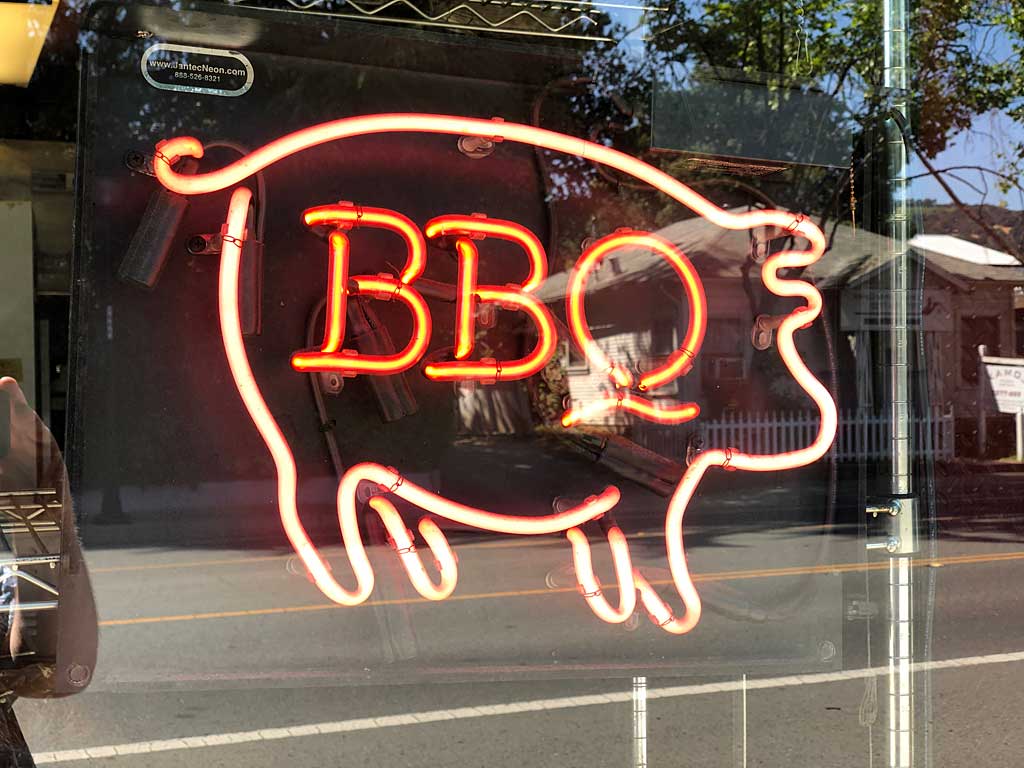 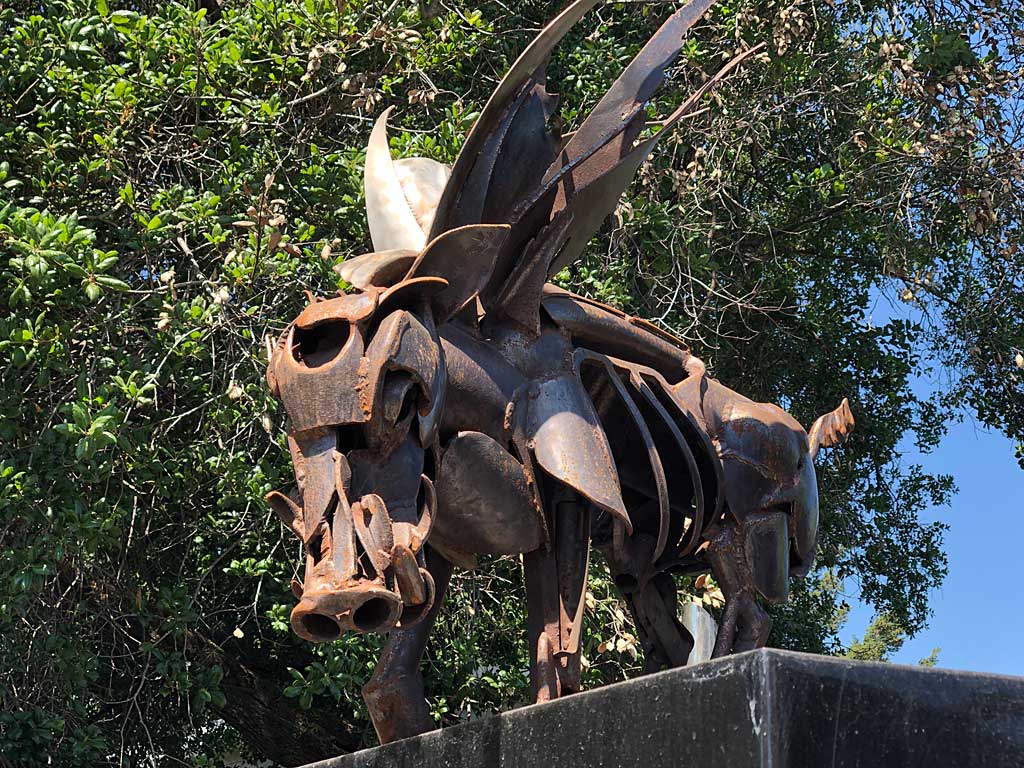 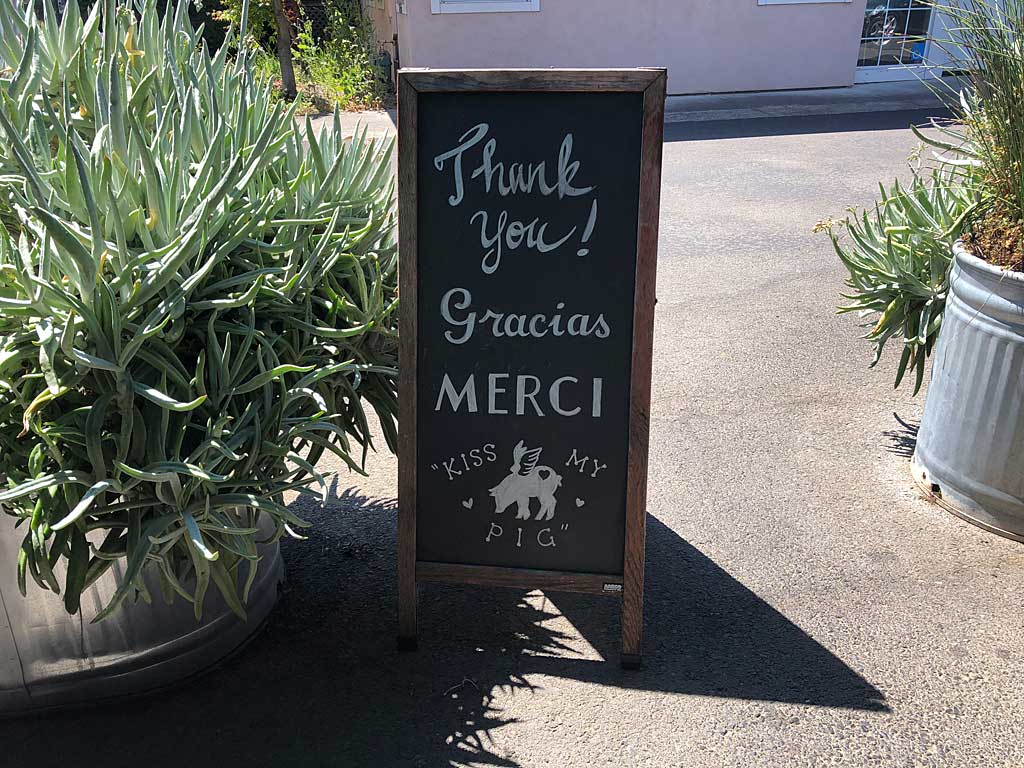 Definitely enjoyed the photos Chris. As I've mentioned before, I also grew up in Sonoma County, a little more to the north of you. I remember we played the Sonoma HS Football team each year. It was just a small town, similar to where I grew up. As I recall, Sonoma was known for the nice little park in the plaza downtown, a wonderful little bakery across from the plaza and a restaurant that was known to be a little raucous and complete with a rooster that had the run of the place, possibly Juanita's?? Anyway thanks for the post. I'll check out Cochon Volant my next trip to the area.
You must log in or register to reply here.
Share:
Facebook Twitter Reddit Pinterest Tumblr WhatsApp Email Link
Top