The Happy Cooker was a Weber kettle knock-off made by Unarco Industries in Paris, IL in the late 70s to late 80s. Unarco made 18.5" and 22.5" charcoal grills selling for $58 and $68 respectively, as well as some gas kettle grills. The Happy Cooker had some innovative features including a hinged lid and a removable ash catcher liner located below the charcoal grate. There was a deluxe version with adjustable height cooking grate and portable versions with two lid dampers and legs that could be adjusted so that the grill could stand tall or short. Unarco also offered an array of accessories that were eerily similar to Weber accessories, including rib and roast racks, charcoal rails, work tables, and more.

Initially, Weber wasn't too concerned about The Happy Cooker, but eventually initiated legal action against Unarco and the company exited the grill business in the late 80s. It's said that Weber acquired much of Unarco's parts inventory and manufacturing equipment as part of the settlement.

While not a Weber product, The Happy Cooker is an interesting footnote in the long and storied history of Weber grills. 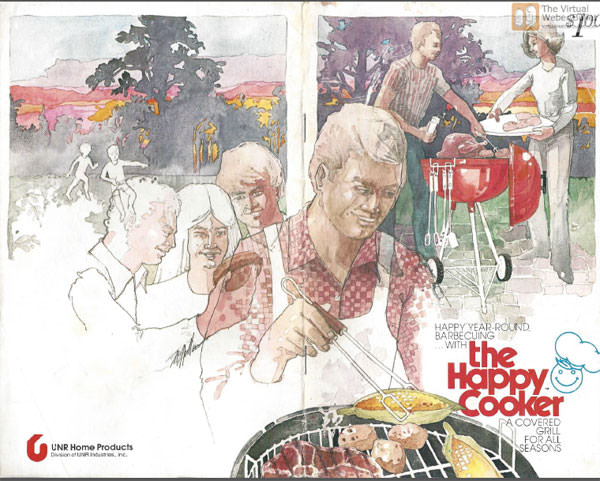